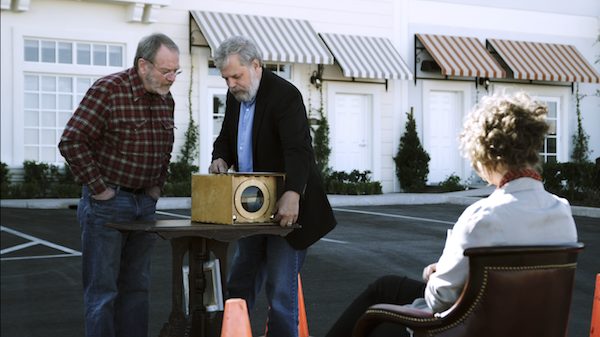 No one knows for certain how 17th Century Dutch artist Johannes Vermeer was able to create his uncannily photorealistic paintings -- he intentionally left no documentation behind -- but computer engineer and inventor Tim Jenison has a pretty compelling theory. The documentary Tim's Vermeer follows the deep-pocketed Jenison as he attempts to recreate Vermeer's painting "The Music Lesson," by first creating his best approximation of the conditions within which Vermeer would have worked and then by utilizing the tools he thinks Vermeer used. The catch is that Tim Jenison is not an artist and has never had any art training in his life. Nonetheless, Tim is convinced that, if Vermeer used the method he has hit upon, a non-artist can create a near-Vermeer.

Tim's Vermeer is credited as "a Penn & Teller Film" (with the former narrating and producing, and the latter directing), so one might reasonably be led to expect a feature-length version of the comedy-magic duo's long-running Showtime series Bullshit!. With that program, the skeptical twosome would humorously skewer and debunk widely accepted beliefs and institutions, such as PETA, the Bible, and alternative medicine. So... this documentary must be an attempt to discredit the "genius" of one of the art world's most beloved figures by going behind the curtain to reveal his "trick," right? Well, no. Tim's Vermeer isn't a hatchet-job or takedown, so much as it is a low-key mystery, and one that potentially helps further solidify Vermeer's genius.

The first half of the film gives a glimpse into Tim's background, as a fellow who has long been adept at fixing and modifying gadgets. It's his experience with creating technology for video broadcasting that leads him to speculate on Vermeer's work method. Building on the theoretical writings of artist David Hockney and historian Philip Steadman -- both of whom appear in the film -- Tim is convinced that Vermeer used optical lenses in the production of his work. Tim is heard mentioning a few times that Vermeer's work "looks like video" to him, and while that assertion is a little hard to swallow at first, Tim points out extremely credible examples of certain anomalies in Vermeer's images that are in-born to mechanical reproduction and the use of lenses, but which are nearly impossible for an artist to perceive using just the human eye -- such as the representation of out-of-focus objects or the way light falls off across the image.

While the film teases a solution to this mystery that suggests any joe-schmoe might be able to create a timeless work of art like Vermeer's, it becomes clear this is not the case -- but not necessarily for the reasons one might initially suspect. The method that Tim hypothesizes was used involves the lens of a camera obscura and some mirrors, which allows the artist to make a direct comparison between the real-life colors being observed and the pigments being worked into the canvas, with only a miniscule tilt of the head between mirror and canvas necessary at any moment. Though this method leads to images akin to human-painted photographs, this is not a shortcut: it necessitates an enormous amount of work on the part of the artist -- which might explain why Vermeer only completed a few dozen paintings in his lifetime.

Also, more importantly for the film, Tim is not just some joe-schmoe. Even though he is not a trained artist, Tim has an incredible mixture of visual intelligence, analytical thinking, and determination. After a montage demonstrating the year-plus construction process Tim undertook to recreate Vermeer's studio -- including fabricating all the furniture, the tile floor, and the ornate window treatments -- the film follows Tim's painstaking attempt to paint using this lens-and-mirrors method. Though this section of the film is confined largely to static footage shot by unmanned cameras Tim set up to document his progress, Teller and his editor Patrick Sheffield manage to portray the months-long, extremely tedious execution of the experiment in a fashion that is engrossing and subtly revealing about how the process takes its toll on Tim. (At one point, he admits that he would have abandoned the project midway through, if not for the documentary.)

The film doesn't have much in the way of traditional dramatic beats. Though Tim is constantly forced to trouble-shoot difficulties that come with an undertaking of this magnitude, Tim's Vermeer is mostly about the step-by-step physical realization of his theory -- and watching the puzzle pieces fall into place is incredibly satisfying.

Considering the evidence, it seems like Tim has either hit the nail on the head or gotten incredibly close. While certain art critics have already taken Tim's experiment as an affront to Vermeer, both Tim and the filmmakers seem continuously impressed by what Vermeer's work ethic must have been, and Tim even states near the end of the film that whatever value his painting might have is entirely subservient to Vermeer's sense of composition. As the existence of cinema has proven, technology is not anathema to artistic genius; Tim's Vermeer opines entertainingly and convincingly that the same was true 350 years ago too. 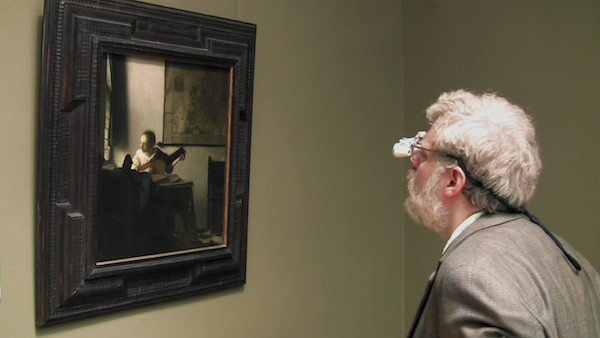 The Blu-ray
Tim's Vermeer is presented as a Blu-ray/DVD combo pack, with most (but not all) of the same features on both discs (see "Special Features" below).

The Video:
Shot mostly with RED cameras -- though with some guerrilla-shot consumer camcorder footage tossed in too -- the AVC-encoded 1080p 1.78:1 image is clean and functional, if not particularly eye-popping. With its distinctly video look, the film has the feel of a decent-budgeted PBS special.

The Audio:
The audio is similar to the video, with most of the DTS-HD MA 5.1 mix being clean and functional, though some of that camcorder footage has some fairly muddy audio to go with it. The surround channels mostly highlight Conrad Pope's tastefully restrained score, as well as a cleverly picked end credits song that I won't spoil. For the visually impaired, the disc offers a 5.1 English Descriptive Video Service track -- although it's often hard for these descriptions to edge their way in around Penn Jillette's near-constant narration. The disc also offers English SDH, plus English and French subtitles.

Special Features:
If you enjoy the film, this is a top-notch collection of supplemental material.

Final Thoughts:
Tim's Vermeer is a quiet but engrossing portrait of a man who uses analytical reasoning and focused determination to solve one of the art world's greatest mysteries. By turns funny and illuminating, the film is a real gem. The Blu-ray presentation offers hours of excellent supplements for those who would like to delve a little deeper into Tim's experiment. Highly recommended. 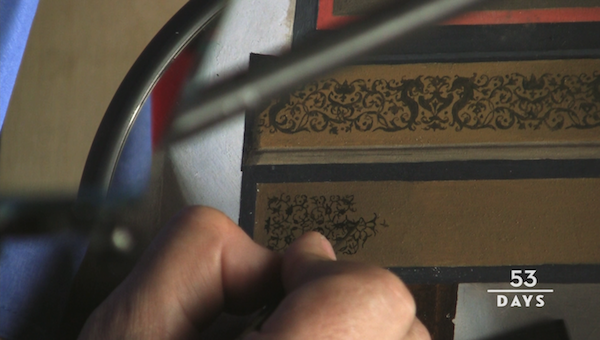