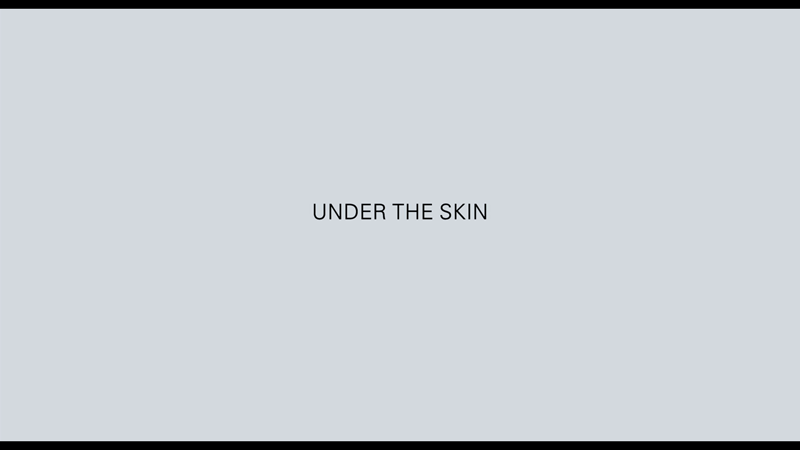 
The Movie
I wish I had never read the official synopsis of Under the Skin before I watched the film. Normally I prefer to go into a movie cold, knowing as little as possible, but for some reason I did a little research and ruined what could have been a pure experience with a very unusual film. What i learned made the unclear obvious and robbed me of the opportunity to explore my own interpretation of what unfolds in the film. As such i won't take your chance to have your own discoveries by including spoilers in this review. Unfortunately, that limits what can be said about the film, but if it possibly improves your viewing experience then it's worth it.

Scarlett Johansson plays a mysterious woman (no one in the film has a name, at least none referenced in the film or in the credits) who is driving around Scotland in a non-descript white van, picking up guys. Her reasons are seemingly nefarious, but certainly unclear, and her purpose never becomes completely clear. All that happens are some complications of an unexplained nature, along with a potential foe on her trail, before things get well out of hand. To say any more would reveal too much, and would influence how you experience the film. 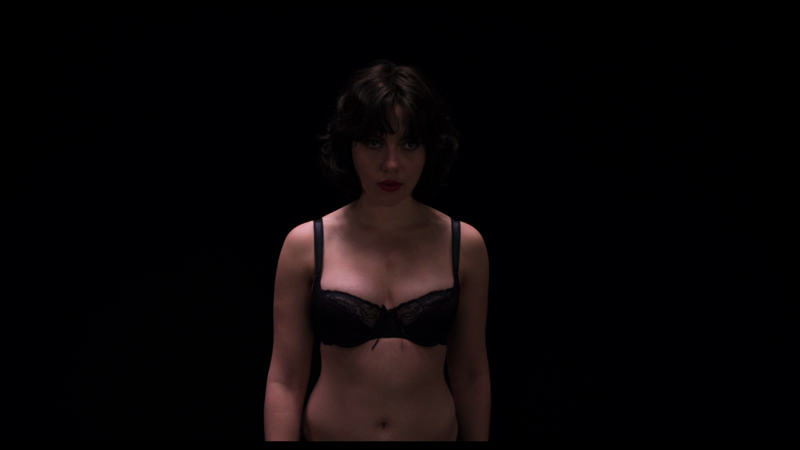 As with director Jonathan Glazer's previous film, Birth, a deliberate eye evokes a feel not unlike the work of Stanley Kubrick, creating a sense of unease and dread where it wouldn't otherwise be apparent. However, Glazer took an unusual tack with this film, and filmed several of the scenes between Johansson and the men she meets with hidden cameras, while the guys are non actors unaware they are performing in a film. As a result, these scenes have a documentary feel to them, which serves to heighten and strengthen the film's concept. They also help create borders between elements of Johansson's character's world, especially the more fantastical parts.

No matter what occurs in the film, including a heartbreaking scene with a disfigured young man (who is actually disfigured in reality), an oddly-humorous sex scene and a truly brutal assault, this movie was going to be known as the movie where Scarlett Johansson is frequently nude or partially clothed. Johansson is alluring even when you can't see her (as Her proved), so to see her in the buff is even more desirable. However, despite this facet of the film, the critic quoted on the box describing this film as "an erotic performance" was seriously off the mark, or has a very low threshold for erotica. Johansson may be sexy, but this movie is not.

As the credits roll, following a somewhat abrupt, and certainly jarring ending, you might find yourself wondering, "What was the point of that?" Well, there's certainly something of a moral about appearances to be found in the interactions between Johansson's character and the men of Scotland, but it's really more about enjoying the feel of the world that Glazer and company have created. The film is, in some ways, like a painting. You don't observe a painting hanging at the MOMA and complain about the plot. You enjoy the visuals, you appreciate how it makes you feel and you draw your own conclusions. That kind of thinking is what makes applying a label of "artist" to Glazer so appropriate. 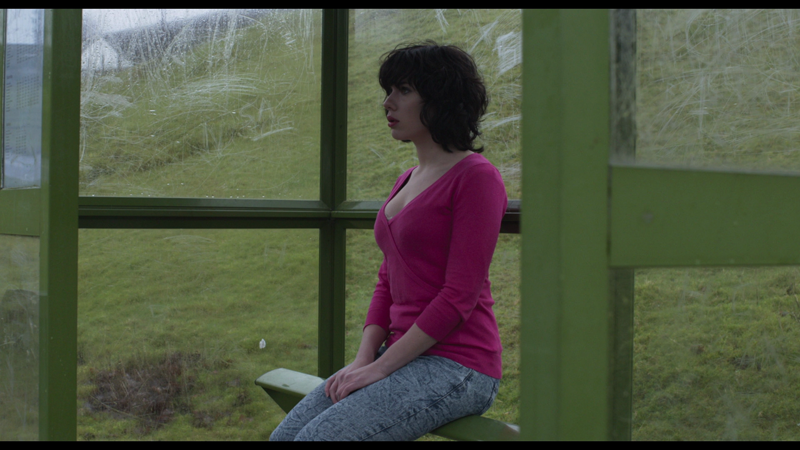 The Disc
Under the Skin arrives on a Blu-ray disc in a standard BD keepcase, inside a slipcover that pointlessly repeats the cover art. The disc features an animated menu offering the option to watch the film, select chapters, adjust languages and check out the extras. There are no audio options, though English SDH and Spanish subtitles are available (and with those Scottish accents, keep the subtitle button handy.)

The Quality
Not many films offer the visual challenge that Under the Skin presents for this 1080p, AVC-encoded transfer. A number of different looks (the result of shooting two entirely different ways with very different cameras and lighting schemes) and a movie that is often best described as black as night (some scenes are just darkness) are handled well thanks to appropriate, if slightly muted color and strong black levels (probably the most important element for this film.) Though some scenes boast the sharpness and level of fine detail you expect from a modern film, scenes shot with hidden camera have a softer, documentary look. Overall, the film's challenge was met well, with only some minor compression artifacts to show for the struggle.

The 5.1 DTS-HD Master Audio track is at times quite quiet, a necessity of how the film plays out, but when it does kick in, you know it, with a few very active scenes, including a dance club, some motor vehicle effects and immersive sound from the outdoors, including forrest wind and ocean waves, which utilize the side and rear channels to fill the room. The moody, haunting music also gets a boost from the surrounds (as well as from the low-end), while the dialogue coming from the center channel is clear (though as stated before, that clarity doesn't help make that Scottish accent any easier to understand.)

The Extras
Looking at the back of the box, all you see is "The Making of Under the Skin" Featurette. Thankfully, that featurette is actually made up of 10 parts and runs 42:23. With interviews with much of the crew and a bunch of behind-the-scenes photos, this piece goes in-depth on the production, and reveals much about how the film came together, including the music, the camera work, the casting and the effects, as well as the beautiful poster, the development of which you get to follow from the first iteration through the final art. If this kind of effort was seen on every film, the world of DVD supplements would be a better place.

Also included is a code for an UltraViolet stream of the film. 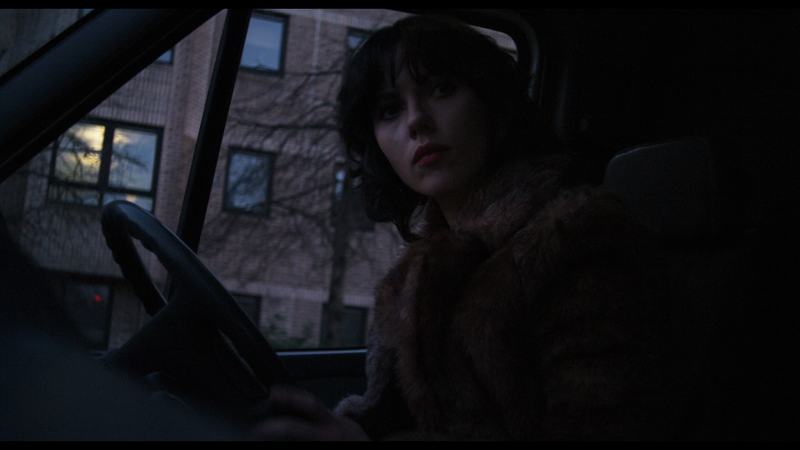 The Bottom Line
Dark and atmospheric, but light on plot, Under the Skin is the kind of film that asks you to pay attention and piece together the story on your own. Asking you to pay attention when Scarlett Johansson is naked or nearly naked, or when watching Glazer's meticulous, Kubrickian direction, is not asking a lot, but the payoff is questionable story-wise. The Blu-ray looks and sounds solid, and the behind-the-scenes extra gives you added appreciation for the effort that went into this unique, beautiful film.