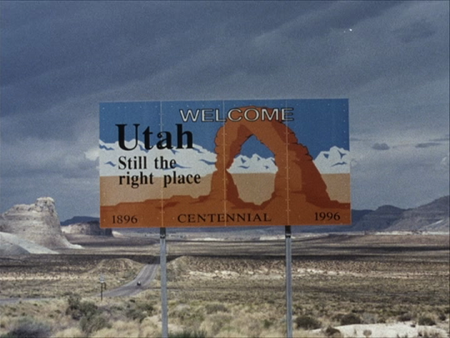 Edition Filmmuseum's two-DVD release Deseret/Four Corners - spine #87 for the German purveyor of rare silents and contemporary films - continues their series devoted to maverick American-indie-filmmaker James Benning. Over the past forty years, the Wisconsin-born, California-based Benning has done contemplative, formalist quasi-documentaries which gaze at the American landscape in all its beauty and ugliness. Filled with static, long-held shots and tight, down-to-a-single-frame editing, his work is characterized by tightly structured concepts which call back to his background in mathematics. For Benning fans who had to make do with watching these films on YouTube or via questionable downloaded files, having Deseret and Four Corners in a good, director-approved edition like this is a blessing.

As the booklet accompanying this set states, Deseret (1995) and Four Corners (1997) date from Benning's "lengthy cycle of landscape/portrait films," a period which lasted until the director switched from 16 millimeter film to digital in 2007. Both features are intended to be part documentary/part contemplative art piece on the American West and the amorphous ideas that define the region. Picture Wim Wenders' Paris, Texas minus characters or plot, and that gives some indication of Benning's mise en scène.

Deseret (1995; 78 minutes)
For Deseret, Benning turned his lens on the state of Utah and its colorful history since 1851 - the first time the fledgling territory merited a mention in The New York Times. Benning used 93 stories from the Times archives to structure this offbeat history of the state, with chronologically arranged news-report excerpts being read by a narrator (Fred Gardner) while scenes from Utah's varied landscapes are shown. While earlier, rustic shots of Native petroglyphs and harsh desert scenery are shot in black and white, the film vividly shifts to color as the twentieth century begins midway through the running time. Benning devotes one edit to each sentence being read by the narrator, giving Deseret a subtle shift in tone as the rambling, casually violent and diary-like stories of the 1800s gave way shorter, more plainly descriptive reportage. One gets a sense of passing time as the narration drifts from sprawling stories of treacherous Mormon missionary expeditions, natural disasters and Native American massacres morphing into reports dealing with atomic energy, polygamy and Robert Smithson's earth artwork Spiral Jetty (the latter is illustrated with footage of the art in its semi-submerged state, one of the few times in Deseret where the footage directly relates to the story being read). Although it starts out disarmingly cold and dry (the inflection-free narrator reminded me of so many dull educational films from grade school), Benning's evocative photography and unique structure paint an excellent survey of the state's warts-and-all history. One can definitely see why this one is considered among Benning's most accessible endeavors. Note: Deseret is one of the more obscure films included in Steven Jay Schneider's book, 1001 Movies You Must See Before You Die. 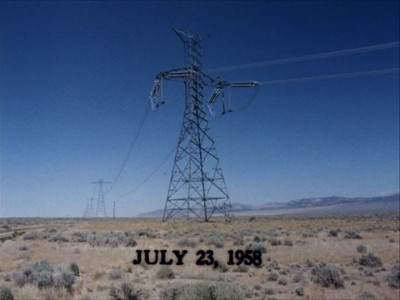 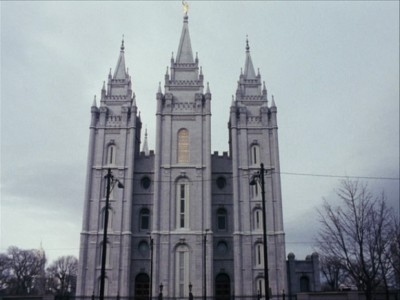 Four Corners (1997; 76 minutes)
Benning's Deseret follow-up Four Corners also delves into the American West, although the correlation between subject and place is less concrete. Benning uses the concept of Four Corners - the geographic coming together of four states in one spot - to explore the lives and work of four diverse artists. Following a head-scratching, overlong shot of a burning campfire with Native American music playing on the soundtrack, each artist gets an overview within a strictly-adhered-to structure. The segments open with a page of scrolled text (a basic biographical overview), followed by about five minutes of a narrator dully reading off anecdotes vaguely related to the artist while a single signature piece is shown, then concluding with a lengthier segment made up of Benning's trademark environmental long takes. The latter segments are the most effective parts in a film that never successfully ties together into a meaningful whole. Benning fails to make a convincing case of connecting the four artists - French Impressionist Claude Monet, African American folk artist Moses Tolliver, a fictional female Native American cave painter named Yukawa, and Neo-Dadaist painter Jasper Johns. Fascinating subjects all, yet the combination of the written text and uninflected spoken narrative makes this into the most boring college lecture ever. Benning meant well with this exercise - plumbing the unexplored, quasi-spiritual connection between an artist's drive to create and their environment - but the overall effect winds up didactic and patronizing. 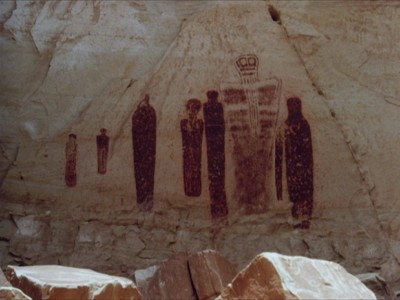 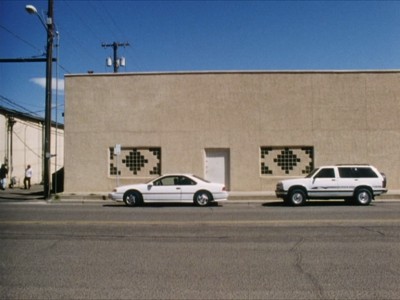 Edition Filmmuseum's Deseret/Four Corners comes as a Region 0 PAL release, which may not play on many Sony-made American home video players (like mine, unfortunately). They are playable on personal computers equipped with a DVD-ROM drive, however. The discs are housed in a standard-width transparent hinged DVD case with a separate printed booklet.

Photographed on 16mm stock in black and white (for Deseret) and color, these two films are both presented in a relatively clean state with the original 4:3 aspect ratios intact. Grime, specks and other artifacts are a constant but not too distracting presence with both. Ironically, the newer Four Corners has a more degraded appearance with muddy colors, inky dark levels and a lack of detail. While some minor restoration was made on Deseret, the set's booklet notes that no restoration was performed on Four Corners.

The simple Dolby 2.0 soundtracks included with both films have their shortcomings with the aged source material and the limited dynamics of mono. Since Benning's work mostly consists of ambient environmental sounds, however, they suit their purpose well with the clean sound having no significant instances of damage. Both discs also include optional German subtitles.

The Deseret disc includes a 15-minute Interview with Benning from the 1996 Vienna International Film Festival. The brief clip has Benning fielding questions on Deseret from the audience, discussing the genesis and methods behind the film. The package also contains a nice 20-page booklet with a critical essay on Benning written by Neil Young (the film historian, not the rock star). The booklet text is printed in German and English. 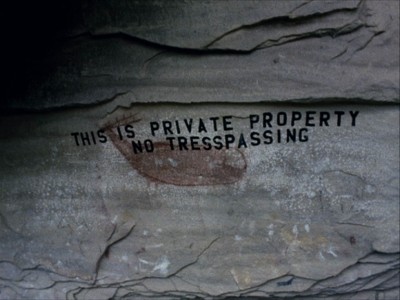 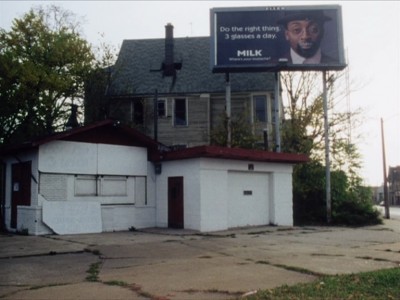