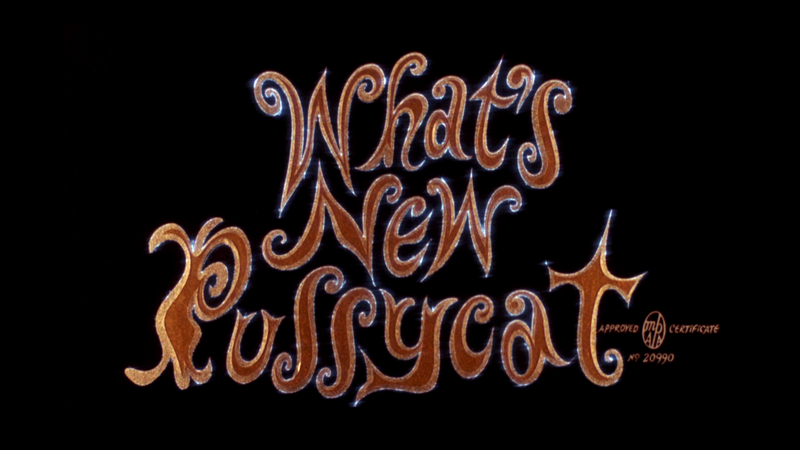 
The Movie
What's New Pussycat? is better remembered for its classic theme, sung by the remarkable Tom Jones, than anything that happens on-screen. That's for good reason, as despite the presence of Woody Allen (in his first film role and first script), Peter Sellers (The Pink Panther) and Peter O'Toole (Lawrence of Arabia), the film is a confused and contrived curiosity from the age of free love.

O'Toole is Michael, a magazine editor who turns-on every woman he meets, including the adorable Carole (Romy Schneider), sexy but mental stripper Liz (Paula Prentiss) and upper-crust nymphomaniac Renee (Capucine). He loves Carole, but is unable to keep it in his pants, which leads him to trouble. Seeking a solution, he visits a psychologist, Dr. Fritz Fassbender (Sellers), who is more messed up than he is. The same can be said for Michael's nebbish pal Victor (Allen), the opposite of O'Toole's swinging bachelor. It's the first of many such roles for Allen, and he's got the act down cold right out of the gate, with fun gags and that "oh geez" persona. It's definitely classic Allen. 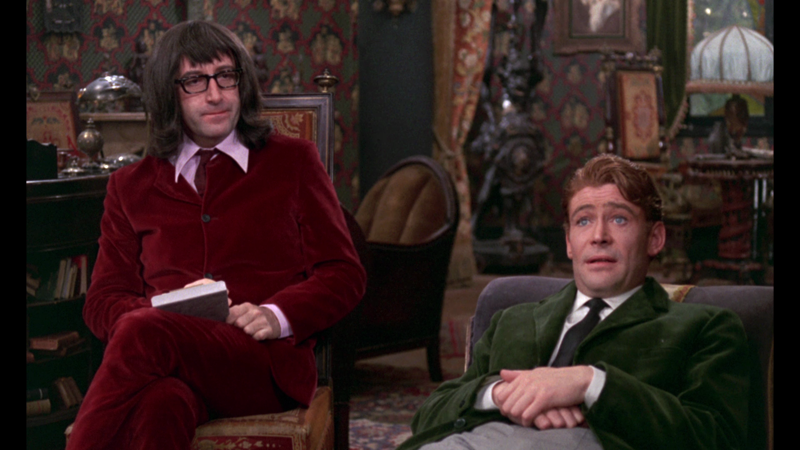 The film is loaded with bed-hopping and witty one-liners, as Sellers' bumbles his way though the film as a would-be Teutonic lothario, playing a one-note joke, but getting more out of it than anyone else might have been able to, with fun quips, over-the-top performances and fourth wall-breaking direct address. The movie doesn't exactly make much sense, stringing together jokes and misunderstandings, before culminating in a Scooby-Doo-style chase climax that can only be described as "wacky," involving go-karts, an orgy and a fat opera-singing valkyrie. Slap some "Yakety Sax" over this bad boy and Benny Hill could have claimed it as his own.

As seen in 1986's Hamburger: The Motion Picture, the concept of a man too attractive to women is a fun idea if the guy is likable, and O'Toole fits that bill. Of course, the relationships have to work and be as different from each other as possible. Schneider, as the woman wronged, is just right for the part, while Prentiss is a bit too over-the-top as a suicidal stripper. Even in a small part, Ursula Andress (who literally floats into the film from the sky like an angel) is great, providing a bit more unrepentant sexuality to the proceedings. Only Capucine comes off as a weak link, as she just sort of floats through the film (though her part isn't exactly meaty.) That she manages to be meaningless in a movie so bereft of meaning is pretty impressive in its own right.

There's no enjoying this film as a proper movie, as the plot is pointless and ridiculous. View it instead as a memory of a time long gone; a chance to watch Sellers, Allen and O'Toole ham it up; and one hell of a guilty pleasure; and you should have a better go of it, as the last twenty minutes are pure silly fun, the kind Hollywood doesn't make anymore. 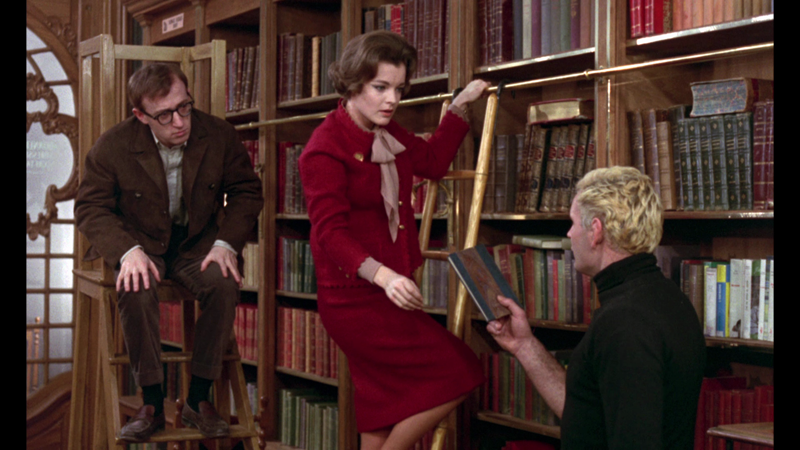 The Disc
What's New Pussycat? arrives on a Blu-ray disc in a standard BD keepcase. The disc features a static menu (with poster art seen on the cover) offering the option to watch the film, select chapters, adjust languages and check out the extra. There are no audio options, but subtitles are available in English.

The Quality
Delivered with a 1080p, AVC-encoded transfer, presented pillarboxed to fit the 1.66:1 aspect ration, What's New Pussycat? looks much improved over the letterboxed 2005 DVD release. Though there is certainly still dirt and damage to be spotted, especially early on, it's not as obvious in this release, while the colors are much brighter and pleasing, like the bright red, but not burning backgrounds, and the animated titles. One oddity though involves O'Toole's bright green eyes. At times, his pupils look cloudy, while at other times they are clear. It has the effect of looking like a colorized film, especially with the garish colors of the time frame. Fine detail is consistently high, letting you enjoy the textures of Sellers' velvet suit or the design on Andress' catsuit. Early in the film, the transfer suffers from some jitter, as well as an odd amount of buzzing in flat spots, but things improve (or perhaps the movie becomes interesting enough to the point where you don't notice as much.

The 2.0 DTS-HD Master Audio track is an improvement over the previous DVD release, with the film sounding fuller than before, giving more heft to the great Burt Bacharach songs throughout. It's still center-focused, with nothing in terms of dynamic mixing, but it's definitely got more oomph this time around.

The Extras
The only thing you get is the film's quirky theatrical trailer which is very much of its time. 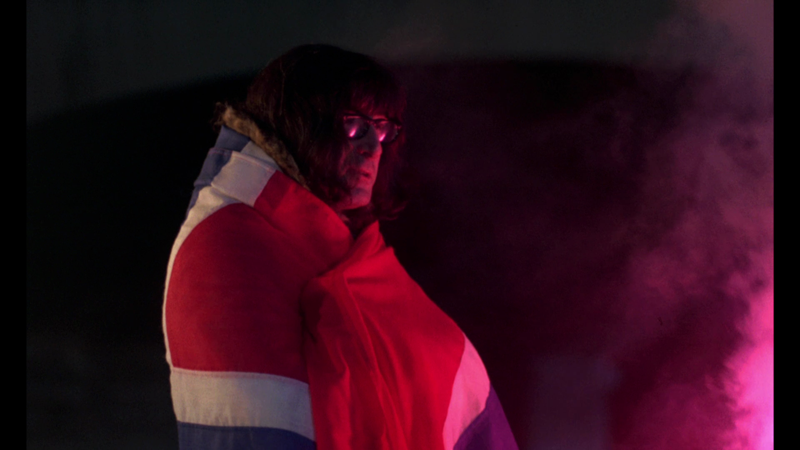 The Bottom Line
What's New Pussycat? is a fluffy bit of dated comedy, an eminently forgettable film, but that's actually a good thing, as it then surprises you when you return to it, with a final act as silly and fun as any other comedy. As a goofy bit of '60s camp, the film works, but don't go into it expecting vintage Sellers or Allen (even if their performances are enjoyable.) At least the Blu-ray is much improved over the previous DVD, though there are no additional extras to enjoy.