Fox // PG-13 // June 3, 2014
List Price: $16.99 [Buy now and save at Amazon]
Review by Francis Rizzo III | posted June 29, 2014 | E-mail the Author
Note: Before we get started, I'd like to say, I don't know if I'm using appropriate terms for describing the Special Olympians in this film, but I tried to avoid the obviously insulting ones (except for the Tropic Thunder reference in the opening section and any quotes from the film.) I'm not defending any mistakes I make. I'm just trying to save you an email by letting you know I'm well aware that there's probably a reference in here that will offend someone. But thanks for reading. 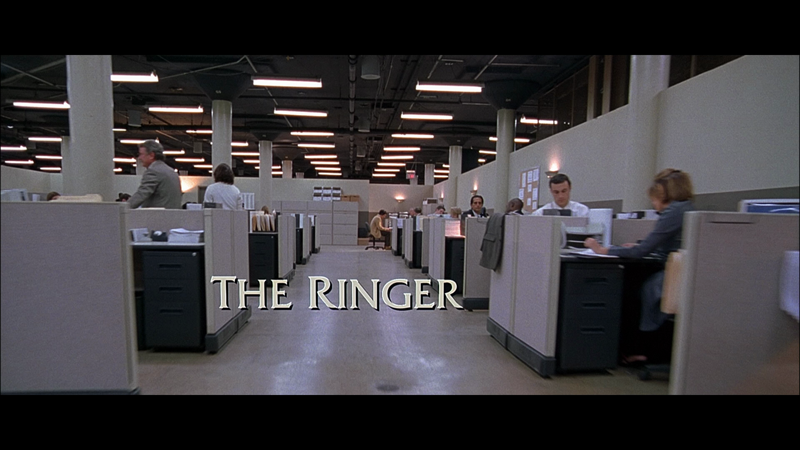 
The Movie
I wanted to see who played one of the athletes in The Ringer, so I pulled the movie up on IMDB, and noticed that the film came out in 2005. That was surprising, as it seems like a much older film, from a much less sensitive time. A movie about mentally-handicapped athletes which features several non-handicapped actors portraying those athletes is probably something you couldn't get away with today, just nine years later. The use of the "R word" in the film (and in several of the extras on the disc) is also too much for general audiences today. That's too bad, because at its core, it's got a funny concept.

The Ringer feels a lot like a movie that was intended as an Adam Sandler vehicle, as Steve (Knoxville) is a schlub who gets himself in a ridiculous situation: having put his friend Stavi in a bad situation that leads to him losing his fingers, Steve has to find a way to pay for them to be reattached. His Uncle Gary (a wonderfully scummy Bryan Cox) has a plan: Steve will pretend to be mentally-handicapped and win the Special Olympics, while Gary bets big on him to beat the best Special Olympian ever, Jimmy Washington. 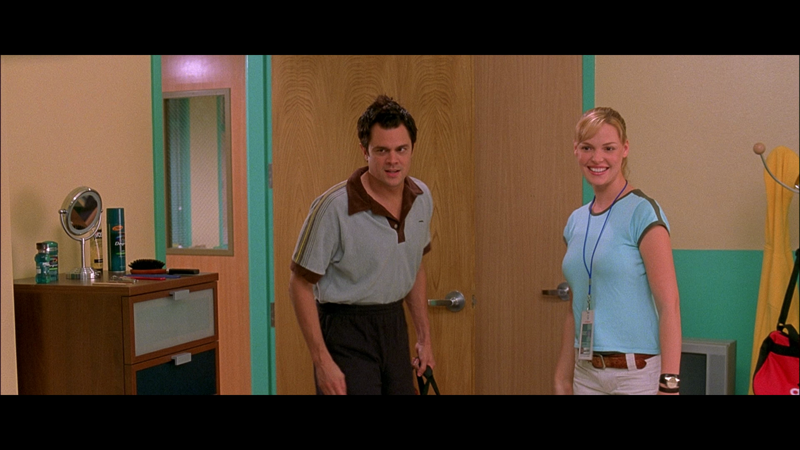 As reprehensible as this idea (courtesy of former Family Guy writer Ricky Blitt) comes off, the film is infinitely sweeter, as the masquerading Steve finds the athletes are better than he expected, and, after some initial distrust, he befriends them, complicating his mission by affecting his conscience. Though there are some jokes that get their laughs from the athletes' disabilities (with the non-handicapped actors, including the hilarious Jed Rees and Geoffrey "Mr. Christina Hendricks" Arend, handling the heavy lifting amongst the mostly disabled athletes) the film positions the Special Olympians as characters to laugh with, rather than at. There remains an uneasy feeling that the laughs are coming thanks to actors doing impersonations of people with intellectual disabilities, but for the most part, this movie features very positive, but most importantly "normal" portrayals of this group.

Naturally, following the Sandler formula, there's a sweet, beautiful lady here for our "hero" to fall for, Special Olympics worker Lynn (Katherine Heigl), but since she thinks he's developmentally disabled, that's going to make it very hard for him to get the girl. That doesn't stop the film from creating a romantic subplot, while also making the interesting choice of having the main "villain" be a mentally-disabled athlete. That creates a unique dynamic that allows the viewer to side with characters based on who they are, rather than based on preconceived notions.

Though there are some very funny moments, with some fantastic ad-libbed lines, and the uplifting, feel-good portrayal of the mentally-challenged is admirable. the film's lack of reality makes it very hard to suspend one's disbelief. If you give much of the plot any genuine thought, it all falls apart, especially the somewhat fairy-tale ending. It's definitely a veg-on-the-couch movie that rewards just shutting off your mind and enjoying it. 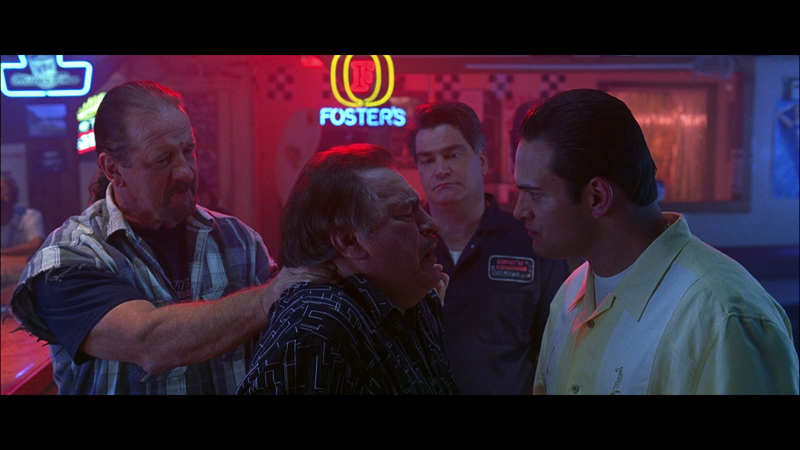 The Disc
The Ringer arrives on one Blu-Ray disc, in a standard-width Blu-ray keepcase. The static menu gives options to watch the film, select scenes, adjust languages and check out the extras. Audio options include English DTS-HD Master Audio 5.1, French and Spanish Dolby Digital 5.1 tracks and, for some reason, an Italian DTS-HD Master Audio 5.1 track, while subtitles are available in English SDH, Spanish, Danish, Finnish, Italian, Norwegian and Swedish along with subtitles for the commentary in English and Italian (apparently The Ringer is big with Italians.)

The Quality
The 1080p, AVC-encoded transfer is impressive, with bright, vivid color and appropriate fleshtones (the scenes at the Games, with all the primary-color uniforms outside under blue skies are particularly nice), good black levels and a very high level of fine detail, making for a sharp, high-quality image across the board. Film grain is even and consistent, and there are no issues with compression artifacts.

The 5.1 DTS-HD Master Audio track isn't the most dynamic mix you're going to hear, with a basic comedy presentation. Dialogue is clear and distortion-free in the center channel, while the side speakers get some sound effects and atmospherics along with some boosts for the music. Thought the low-end is nice and effective, the rear channels are oddly quiet, with a very light audio presence in those speakers.

The Extras
The big extra is a group audio commentary, with Knoxville, Farrelly, Blitt, director Barry Blaustein and actors Ed Barbanell and John Taylor. A very lively, jokey affair, it also dips into the making of the movie, talking about the struggle it took to get the film made, the use of the "R word" and who Knoxville had sex with on the set. Though the two disabled actors don't actively chime in on their own at first, they do participate when prodded by Farrelly, and get to talk about their own lives and their acting experiences. Somehow, with six people in the room, there are moments of silence, though otherwise it's a well-rounded and entertaining commentary (even if their effusive phrase for the truly disabled in the film does verge on excessive at times.)

There are 16 deleted scenes included on this disc, running a combined 19 minutes, which are included in rough workprint quality and delivered windowboxed. Nothing here is a questionable cut, but there are some interesting moments, including some that were included in the trailer but not the film, and a pair of minor female characters who ended up cut from the film.

"Let the Games Begin: A Look at The Ringer" (7:07) is a pretty fluffy, EPK-style featurette on the film, featuring words from Farrelly (who defends the film from the start), Blaustein, Knoxville and several of the truly disabled actors, along with a representative from the Special Olympics, who worked on the film. 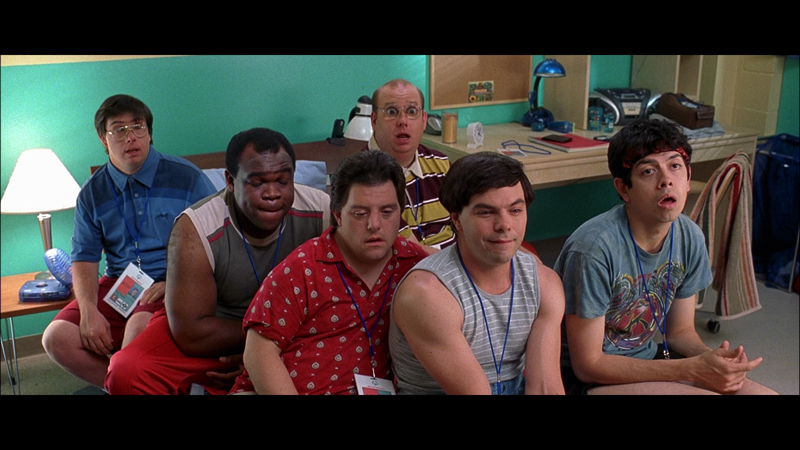 The Bottom Line
The Ringer is a solid B-level comedy, that, if you can separate yourself from any feelings of guilt about laughing about the mentally-handicapped, offers a good deal of enjoyment in a simple, if somewhat saccharine package. The presentation is solid, and there's a handful of extras, including a fun group commentary, making it worth picking up for Knoxville or fans of Farrelly-esque movies.