William Shatner's Get a Life! 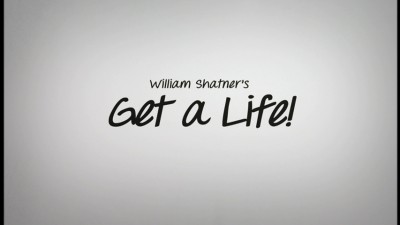 
The Movie
In high school, I was not the kind of person to go out and hang with friends. I had friends, but that was mainly a school thing. Outside of school, I just was not that person. Thus, I spent many a Friday night hanging out at home watching episodes of the original Star Trek on a PBS station out of Wilkes Barre, Pennsylvania. I enjoy Star Trek (Next Generation especially) but I wouldn't consider myself a fan, and I certainly don't consider myself a Trekkie or a Trekker, and would never catch myself seriously discussing Star Trek with another person, whether face to face or online. (I have an issue with fandom as a whole, but that's my own problem, and I've accepted that I'll never fix that one.)

However, I adore documentaries about obsessive fans, like the two Trekkies films that profile fans of the franchise. I find it fascinating to observe these people from a safe distance (which is why I annually attend the NY ComicCon) and I have watched the two Trekkies dozens of times. So I definitely wanted to check out William Shatner's take on the subject, Get a Life!, which takes its title from his book of the same name, which grew out of the Saturday Night Live sketch where he famously told a group of obsessed Star Trek fans to take that eponymous action. (Part of the sketch actually kicks off the film.) In this hour-long documentary, Shatner looks at fans of the show and the idea of fandom as a whole, taking a hands-on approach to the hunt for answers. 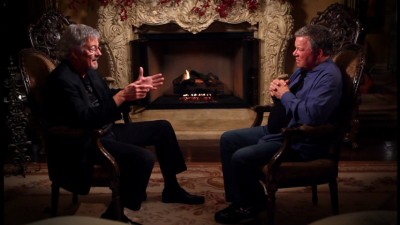 There's something about this film that feels disingenuous, like it's a pilot for a reality TV show, a promo for an events company or just a vanity project for Shatner. The whole thing is centered around the 45th anniversary official Star Trek convention in Las Vegas (which seems to have taken place back in 2011.) The film is made up of a mix of behind-the-scenes footage from the staging of the convention (with plenty of reality TV-style drama and yelling/threatening), interviews with fans of the franchise, chats with some of the actors and actresses and Shatner getting to talk in a grandiose manner.

Unfortunately, the key element, those fan profiles, are a bit brief and lack the engagement of those in the previous films. There are a few good ones though, including the wheelchair-bound "Captain Dave", a number of servicemen and women and a big-time fan of Terry Farrell, which have enough human interest to cut through the clutter. Meanwhile, the footage of convention events like Star Trek Karaoke and merchandise auctions feature plenty of empty seats and a general deficit of enthusiasm.

If you can look beyond the issues though, there are definitely some things to like, and they actually center around Shatner (who, credit should be given, actually took part in the interviews, rather than just slapping his name on some producers' work.) As part of the film, he sits down and has a discussion with a representative from the Joseph Campbell Foundation, and they talk about the ideas of heroes and myths, as well as the series' place in the unrest of the ‘60s and television's takeover as the hearth in the storytelling tradition. This chat really should have been the core of the film, with the rest of the material used to support the concepts they talk about. There's nothing wrong with more cosplay footage, Nichelle Nichols sharing tales of skinheads or Nana Visitor swapping stories with Rene Auberjonois, but when you've got legitimately interesting conversation going on, focus on it. 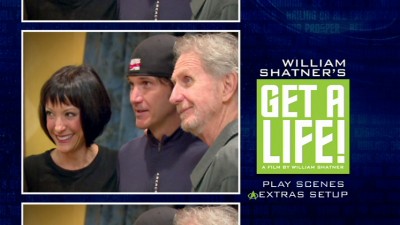 The DVD
Packaged in a green single-width keepcase, this DVD features an animated, anamorphic widescreen menu, with options to play the film, select scenes, adjust the set-up and check out the extras. Audio options include English 5.1 and 2.0 tracks, while subtitles are available in English SDH.

The Quality
Presented in anamorphic widescreen, the film looks good on DVD, with a high level of fine detail and appropriate color, while black levels are solid (though the film rarely gets very dark.) There's some fuzziness in spots, but overall, the video looks good.

The audio, presented in Dolby Digital 5.1, is nice and clear, with crisp interview voices and strong music, but the presentation is a bit uneven, as there's not a lot of consistency to the separation. Though the music is always enhanced by the surround channels, sometimes voices are heard in all channels, sometimes they are just in the center channel, while natural sound is similarly mixed. There's nothing dynamic, but some steadiness would be nice.

The Extras
There's a reel of bonus footage, which is a not-unsubstantial 23:45 long. Included in the six clips are a sizzle reel of footage from the shooting (which includes more of the reality TV-style footage and mention of the title Fan Addicts, the reality series that apparently morphed into this film), more of the Joseph Campbell discussion, more with a family of Star Trek fans, a psychiatrist talking about fans and Shatner signing for fans (and chatting with the younger folks on line with their parents.) After watching the film, it's worth checking out this content (and I admit, I would have watched Fan Addicts.) 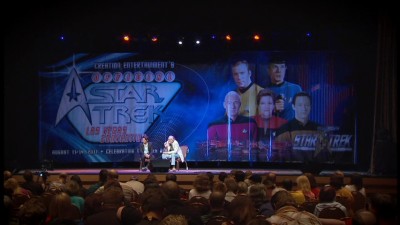 The Bottom Line
A bit of a jumble, this blend of pop psychology and fan tribute is a fluffy bit of amusement for anyone into the world of Gene Roddenberry's creation, but only as a supplement to the far more entertaining Trekkies films. With the bonus footage and the good quality, it's worth a look, but is only a purchase for hardcore fans of Star Trek or Shatner.