Welcome Back, Kotter: The Complete Series 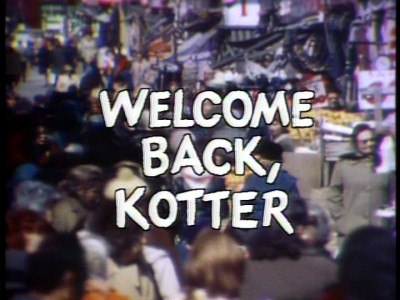 
The Story So Far...
A well-remembered TV show of the late ‘70s, Welcome Back, Kotter, a sitcom about a new teacher and his ne'erdowell pupils, ran for four seasons on television, and Warner Brothers released the first season on DVD back in 2007. DVDTalk has a review of the first season's set.

The Show
There have been plenty of shows that have experienced change and tumult during their run, resulting in people leaving the show and new characters introduced, but few have seen as much shuffling as Welcome Back, Kotter managed to compress into just four seasons. In some ways a victim of its own success, the show started off on a high note, before rapidly going through all the stages of sitcom collapse, ending up far different than when it began just a few years earlier,

The concept was a strong one. Decades before the ‘90s trend of giving stand-up comics sitcoms based on their acts, Welcome Back, Kotter brought Gabe Kaplan to America's living rooms. Playing the thinly-veiled Gabe Kotter, Kaplan is a teacher just starting his career at the rough-and-tumble Brooklyn high school he attended. His first assignment is a remedial class known as the "Sweathogs," a group of punks he himself founded as a student. Faced with his past (with his former vice-principal, the acerbic Mr. Woodman (John Sylvester White), now his boss) and trying to do right as a teacher, he tries to balance his wise-ass personality with his hope to reach the kind of kid he once was.

Kaplan brings a lot of his stand-up to the series, as Kotter slings jokes left and right (particularly enjoying telling his wife Julie (Marcia Strassman) stories about his supposed relatives) and breaks into a number of impersonations as he teaches, including frequent turns as Groucho Marx. His relatability as an everyguy is the key to his character's appeal, along with his immaculate timing and his natural chemistry with Strassman. He was even a bit ahead of his time, having fun with meta gags (including breaking the fourth wall) and sometimes even cracking himself up.

However, the show rides on the students, a quartet of Sweathogs who come to rely on Kotter and live to annoy Woodman. The group, featuring nebbish oddball Horshack (Ron Pelillo), hip athlete Washington (Lawrence Hilton-Jacobs) and tough-guy Puerto Rican Jew Epstein (Robert Hegyes), served as a launching pad for their best-known alumni, Vinnie Barbarino, the role that made John Travolta a star. A ladies man, a momma's boy and the sweetly dopey leader of the Sweathogs, Barbarino was the breakout star of the show, as seen in the audience's reaction each time Travolta appears on-screen. The elements that served Travolta well in his later success are all present here, whether it's his Saturday Night Fever swagger, the dancing tough-guy of Grease or even the cross-dressing he did in Hairspray. 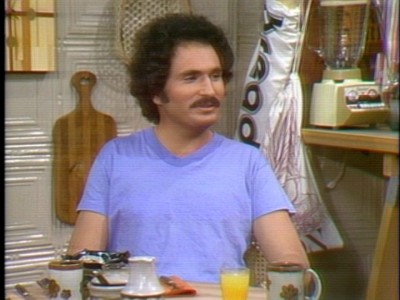 For a series about a gang of supposed thugs with a reputation as criminals (in the first episode they steal Kotter's TV), their adventures are decidedly genteel (for instance, they return the TV minutes after taking it.) As a result, they are more misfits than miscreants, often getting in trouble, but it's clear that, at heart, they are good guys who care about each other, and who appreciate Kotter's efforts on their behalf. All their goofy antics make a bit more sense as the seasons go on, attributable to Kotter's influence, but it still seems neutered. The outcasts as a class concept works fine on its own (see Howard Hesseman's later Head of the Class), so making them half-hearted bad guys wasn't really necessary.

While the writing, which leaned heavily on Kaplan's intentionally corny act, as well as wordplay and puns, started out solid, with a number of good laughs per show, over time it became dependant on catchphrases, to the point that is almost became self-parody (and at times literally did, when characters would mimic other's catchphrases.) You can easily pick later episodes out of the line-up by listening for Barbarino's plaintive wail of "I'm so confused!" (at one point used three times in one episode), his "What? Where?" stalling tactic, or any of the other repeated bits, like Horshack's "Oooh! Ooh!" Things only got worse in the fourth season, when a new writing staff took the show to deeper lows, piling on the very special episodes by the scoopful, continuing a third-season trend by touching on suicide and alcohol abuse, among other issues.

The weakness of the later episodes was exacerbated by the series' spiral through a gauntlet of sitcom pitfalls. Stardom called for Travolta, and he pulled away from the series, making occasional appearances as a special guest star, while a creative struggle led Kaplan to all but leave the show. The remaining Sweathogs took center-stage, but Travolta's charisma was missing, while Julie and Mr. Woodman split Kaplan's roles of parental figure and authority figure, respectively. The show went through all the main tropes of "jumping the shark," be it the introduction of new characters, like southern Barbarino replacement Beau (Stephen Shortridge) or female Sweathog Angie (Melonie Haller), the birth of babies (twins!) or a number of marriages (or marriage attempts.) By the end, the show was a shadow of what it was when it started, managing to go down in flames in just four seasons.

There's a definite value in experiencing the show's rapid rise and fall over the course of this set, but it also serves as a fascinating time capsule from the late ‘70s, including the fashion and language, as well as some of the cultural touchstones. When a computer is introduced to the classroom, the reaction of the students and teachers to such now-primitive technology is hilarious. Meanwhile, casual racism and misogyny abound, as Asians, including Pat Morita in a guest appearance, get it pretty rough, and women are mainly arm candy, with a few interesting exceptions. The school experience wouldn't pass muster today either, with aggressive teachers and combative in-class relationships between instructors and students. This set also lets you experience the "joy" of a live ‘70s sitcom audience, a group of people whose bar for entertainment is extremely low.

Despite four years on the air, the cast is surprisingly light on recognizable guest stars, with the biggest names being one-timers like James Woods (great as a drama teacher) and George Carlin (playing a terrific DJ who plays host to the Sweathogs.) Otherwise, the only "name" guests are Charles Fleischer (Zodiac), who made several appearances as the Sweathogs' foe Carvelli, Debralee Scott (Police Academy) as "Hotsy" Totsy, an object of the Sweathogs' lust, Della Reese as a teacher in the fourth season and Ellen Travolta (John's sister) playing Horshack's mother. 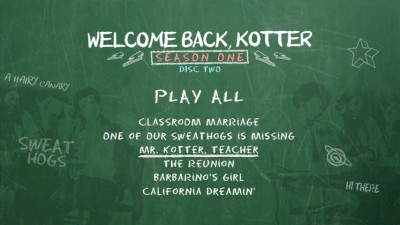 The DVDs
The 95 episodes that make up the four seasons of Welcome Back, Kotter are spread over 16 DVDs (four per season), which are packed into four clear, single-width keepcases with pairs of dual-hubbed trays. The double-sided covers on the keepcases are designed to look like textbooks, and have corresponding art on the inside and episode lists on the back. The keepcases are packed in a sturdy slipcase, which also holds a 28-page booklet (designed like a spiral notebook.) The discs feature static, anamorphic-widescreen menus with options to play all the episodes and select shows (and check out extras where applicable.) There are no audio options, though closed captioning is included.

The Quality
The full-frame transfers are clean. but aged, with that harsh video look of the era (with the exception of the titles and credits, which were shot on film, and look a bit crisper.) The image is rather soft, a touch dark and lacking in fine detail. Color is decently saturated, but has that "dirty" look that permeated the ‘70s. Aside from that, the show doesn't look half-bad once you take the age into consideration, with no real concerns regarding compression. The only real trouble spot comes in the fourth season, when, for some reason, episodes have a darker overall look, though that seems to be a production issue, not a reproduction problem.

These episodes are presented with Dolby Digital 1.0 tracks, which are clear and strong, reproducing what was likely the same feel when the show aired in less technologically-advanced times.

The Extras
There are only two extras included with this set (both carried over from the original 2007 Season One DVDs), but they are welcome inclusions for fans of the series. New extras were probably unlikely, with two of the Sweathogs no longer with us. "Only a Few Degrees from a Sweathog", hosted by Strassman, is a full-frame 23:26 featurette on the show, highlighting each character and the general themes of the series. As you might expect, Travolta does not take part, but everyone else doe, making for a fine retrospective.

The other extra is the original screen tests (11:22) for the Sweathogs and Julie, which were read against an off-screen Kaplan (who also joins some of them on-screen after their tests.) There are a lot of interesting details to be found here, including alternate dialogue and scenes for the pilot episode, a different name for Travolta's character and one of the Sweathogs reading for a different part.

Also in the set is a 28-page episode-guide booklet, which has episode titles, descriptions and airdates for all episodes, plus stills from the series. 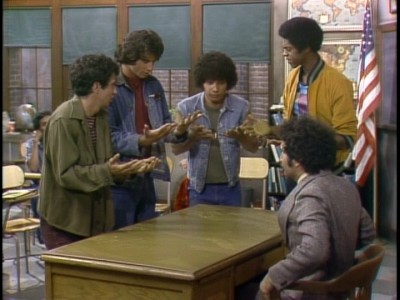 The Bottom Line
A classic sitcom at the start, built appealingly around Kaplan's stand-up act, Welcome Back, Kotter's candle burnt bright, but briefly, with the first two seasons coming in very funny, before various behind-the-scenes issues tore the show apart, leaving it limp and lifeless, without its two biggest stars. This set compiles the entire run in fine shape and includes any previously released bonus content, but you do end up having to buy the weak later seasons, which should give you pause. Proceed with extreme nostalgia caution.