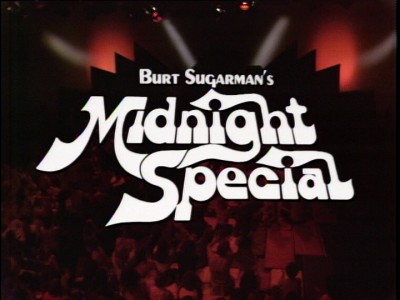 
The Show
As someone born in the ‘70s, I didn't experience that decade in any legitimate way, however as someone who grew up in the ‘80s, I watched a ton of syndicated television from that era. Despite that though, I didn't discover The Midnight Special until I was an adult and caught a random re-run late at night. It was a spectacle to behold, and unfortunately, there's never really been anything like it since.

Hosted by an assortment of music personalities, including pop star Helen Reddy (famous for her song "I Am Woman") and deep-voiced DJ Wolfman Jack, the show aired on NBC at 1 a.m. on Friday nights, and featured an assortment of musical acts filmed live in front of a studio audience, in a multi-stage set-up, like a made-for-TV musical festival. A big hit at the time, it featured a who's-who of popular music, including acts like John Denver, Tom Petty and the Heartbreakers, the Bee Gees, Electric LIght Orchestra and Marvin Gaye. The series aired more than 300 episodes over its nine seasons, and, in retrospect, offered a collection of some of modern music's brightest stars, blending hitmakers with up-and-coming acts.

You're obviously going to watch this set for the musical acts and great songs, including an impressive medley by Alice Cooper, great acoustic sets by Harry Chapin, Jim Croce and Gordon Lightfoot and some vintage Blondie, its value as a time capsule from one of the most--interesting--eras of the recent past can't be overlooked. From the insane fashion (check out almost any of the R&B acts, Barry White's pimp elegance or the ever-ridiculous Ted Nugent and his leotard) to the questionable dancing in the disco-era episodes (one pair literally looks like they are having a legitimate fist fight, while Redbone starts their set with a tribal Native American dance) to the over-the-top camera work, editing and set design, which took advantage of all the latest (at the time) tricks to create an utterly dated look. Then there's the artists who would never get such widespread popularity in today's market, like your geeky uncle Paul Anka and the hip math teacher that was Rupert Holmes. It was certainly a different time. If you ever wanted to explore the musical pop culture of the ‘70s, this is your passport. 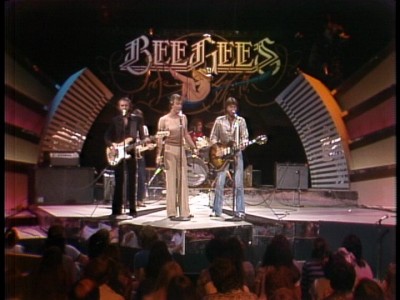 Among the highlights in this set are the hosting efforts of Denver on the pilot (including a demonstration of his juggling ability), Little Richard riding a swing over the audience or the occasional unique pairings, like Denver and Mama Cass on "Leaving on a Jet Plane", Paul Anka teaming up with Captain and Tennille on "Love Will Keep Us Together" or Reddy going all-Aussie with the Bee Gees for "To Love Somebody." A pair of songs from a special live concert episode with Gaye, two of his biggest hits in "Let's Get it On" and "What's Going On?" is terrific fun for its documentary feel, while it's tremendously amusing to see a young Aerosmith and fresh-faced, nearly unrecognizable Sammy Hagar introduced like newcomers. Very few songs on this set will go by without being easily recognized by most (though there are a few severely deep cuts, like Charlie Rich's country hit "Behind Closed Doors.")

Though there's a ton of great music included, this collection doesn't offer a single complete episode, instead offering selections from 20 different episodes from between 1972 and 1979. For two episodes, half of the original acts are included (six for one, seven for the other) but nothing here offers any real feel of the original show (hints of the between-songs moments can be teasingly seen in the extras) with many guest hosts and big acts left out, likely due to rights issues or costs. For instance, the January 31, 1975 second-anniversary episode is included, but the only songs in the set are a lesser-known Reddy tune, and two admittedly-cool duets between Aretha Franklin and Ray Charles and Gladys Knight and B.B. King. On that same episode, Bachman-Turner Overdrive, Joan Baez, The Byrds, Bobby Darin, The Doobie Brothers and David Bowie all performed, but you'd never know it. When you realize what's missing, it's a big disappointment.

It's not as if there wasn't space for more content. None of the discs features more than 90 minutes of footage, and that includes the bonus content. One barely breaks the 60-minute mark. Then, when you consider there's another version of the set that features another five DVDs, including a disc of comedy performances from the show (of which nothing is represented in this set) and two discs of extras, the disappointment just grows, and threatens to overwhelm the quality of what was actually included. 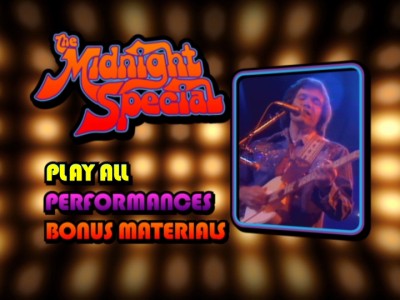 The DVDs
Packaged in a double-width keepcase with an eight-page episode guide and an embossed holo-foil slipcover, the set includes six discs (but oddly has enough hubs to hold eight.) The discs have animated, full-frame menus, with options to play all the performance, select songs and check out the extras. There are no audio options or subtitles, but closed captioning is included.

The Quality
The full-frame footage certainly looks better than one might expect, but it still looks a bit old, though the colors seem solid. The black levels aren't tremendously dark and the image tends to be a bit soft and lacking in fine detail overall, but its eminently watchable. There's some slight compression artifacts noticeable in flatter areas occasionally, but overall, the video has held up well.

The show is presented with Dolby Digital 2.0 tracks, which double up the show's original mono sound. The results are clean and easy to listen to, but don't expect much depth to the mix, with all the audio sounding like you'd expect for a show of its age. There are no problems and no distortions (outside of anything in the original production [for instance, Aerosmith's instruments squeal a bit at times.])

The Extras
The set attempts to pad out its bonus content by labelling several songs as bonus songs, but when you're not including full episodes, what's the difference between the two songs from one episode and one from another? So, skipping to the actual bonus content, we start with a trio of new interviews, including Peter Frampton (9:53), Alice Cooper (7:50) and Loggins and Messina (9:46). These sit-downs follow similar structures, as they discuss what it was like and what it meant to perform on The Midnight Special, and talk a bit about their own work at the time, with Frampton telling a bit about the origin of his famous "talk box," Cooper discussing his character and Loggins and Messina breaking down their big hits. Good stuff.

There are also five featurettes, starting with the most substantial one, "Wolfman at Midnight" (11:57). An assortment of ‘70s stars, including Todd Rundgren, Eddie Money, Christopher Cross, George Benson, Thelma Houston, Eddie Levert, Kevin Cronin, Harry Wayne Casey, Melissa Manchester, Neil Sedaka, Cooper, Frampton and Reddy (all of whom, along with MTV's Mark Goodman and The Midnight Special creator Burt Sugarman, are heard from throughout the featurettes), share their tributes to and memories of the late DJ, with some of his history revealed as well.

"Star-Studded Stage Fashion" (8:39) allows the stars of the ‘70s to poke a bit of fun at their outrageous duds and the slavish observation of trends. If you never quite understood the appeal of bell-bottoms, this is the piece for you to enjoy.

"The History of The Midnight Special" (10:36) lets Sugarman and the roster of musical acts talk about the development and success of the series, as well as all the elements that went into it and what made it such a unique experience that musicians wanted to take part in. Part of that was the energy of performing live, a factor explored in more detail in "No Safety Net: Live on TV" (7:42), with the bands explaining the challenges the show offered and the benefits of conquering them.

The extras wrap with a featurette "I Am Woman: Helen Reddy as Host" (7:16.) With Reddy and several other acts offering testimonials to her skill and talent as a host, this piece adds to a seeming overkill of focus on Reddy, who was only host for a small portion of the show's lengthy run. Her place in history as a popular ‘70s singer and feminist icon is undeniable, but she is in this set A LOT with four performances and her own featurette. 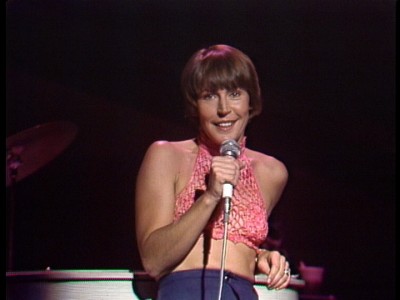 The Bottom Line
With nearly 100 musical performances, the vast majority of which are terrific, well-known hits, this set offers a great deal of content for fans of ‘70s music. However, if you poke and prod, it feels a bit padded out in terms of discs and lacking in some areas. Fortunately, it looks and sounds fine, and throws in some interesting and relatively substantial bonus content. Proceed with caution, as this set doesn't come cheap, but if this is your jam, it's a lot of fun to enjoy.