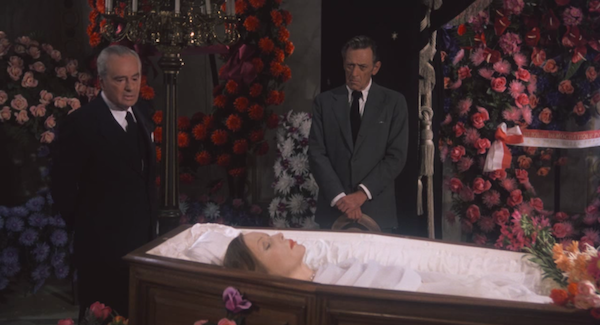 A neglected entry in Billy Wilder's eclectic filmography, 1978's Fedora is an odd hybrid of mystery and melodrama that heavily recalls the themes and relationships of Wilder's beloved 1950 film, Sunset Boulevard. In multiple interviews, Wilder has claimed that he wasn't intentionally trying to ape himself when he picked the novella Fedora out of Thomas Tryon's Hollywood-set collection Crowned Heads for him and his longtime writing partner, I.A.L. Diamond, to adapt. Maybe so, but then Wilder went and cast Sunset Boulevard's William Holden as the lead in the film, Barry "Dutch" Detwiler. And much like Sunset's Joe Gillis, Dutch Detwiler finds himself caught up in intrigue with a past-her-prime Hollywood goddess. The original novella's main character was even a writer, like Joe Gillis, though Wilder and Diamond have made Dutch a down-on-his-luck independent producer looking to get a project off the ground.

The first half of the film is a fairly okay mystery thriller. International superstar Fedora (Marthe Keller), whose husky voice and Eastern European background suggests she's been modeled after Marlene Dietrich and Greta Garbo, is first seen throwing herself under a train. Maybe she got the idea from the new script Dutch Detwiler offered her to star in, which is a riff on Tolstoy's Anna Karenina. Dutch ponders this connection and the other events of the past two weeks as he stands by Fedora's casket.

The film flashes back to his arrival in Greece, as he tries to get his old acquaintance Fedora signed to his movie. He manages to get to the secluded island villa where Fedora is staying, but the star's assistant Miss Balfour (Frances Sternhagen) and her drunk physician Dr. Vando (an alternately amusing and menacing Jose Ferrer) do their best to keep him from seeing her. Dutch accosts Fedora on the street, but she doesn't remember him. She begs for his help and claims that the people with whom she is staying, especially the matronly wheelchair-bound Countess (Hildegard Knef) who owns the villa, are holding her hostage.

Constantly wearing a wide-brimmed hat, large sunglasses, and white gloves, accompanied by a constant look of terror and confusion, Fedora's appearance unintentionally anticipates that of tabloid-era Michael Jackson. Fedora is supposed to be in her late 60s, but she looks decades younger. When asked about it by Dutch, Dr. Vando takes credit for her physical appearance but laments how his procedure has taken its toll on her sanity. After numerous run-ins with Dutch, the Countess finally invites him into the villa to explain everything: Her friend Fedora fell in love with Michael York (who appears in the film as himself), who was one of the co-stars on her last picture, and she became so distraught that it couldn't work out between them that she snapped and now can never work again. Dutch doesn't buy it, and refuses to quit snooping.

The solution to the mystery of Fedora is predictable and completely unsurprising to anyone who has been paying attention. It's good, then, that the film returns to the funeral and dispenses with that information around the halfway point. The film then allows the Countess and other conspirators to explain what really led to Fedora's suicide, and rather than playing like an overlong "how we did it" wrap-up at the end of a Murder, She Wrote episode, the second half becomes engrossing, effective showbiz melodrama.

The cast is mostly excellent -- except, unfortunately, Marthe Keller, as the title character. Her performance is uneven and never once exudes the kind of magnetism that would lead us to understand how both the world's cinema audiences and this small orbit of faithful conspirators would be so powerfully drawn to Fedora. In Cameron Crowe's interview book, Conversations With Wilder, the director himself admitted that he didn't think Marthe Keller was a very good actress, but that he was a "good company man" and didn't want to waste production money on recasting and reshooting. This decision helped make Fedora, which turned out to be Wilder's second-to-last film, a flawed but fascinating footnote. 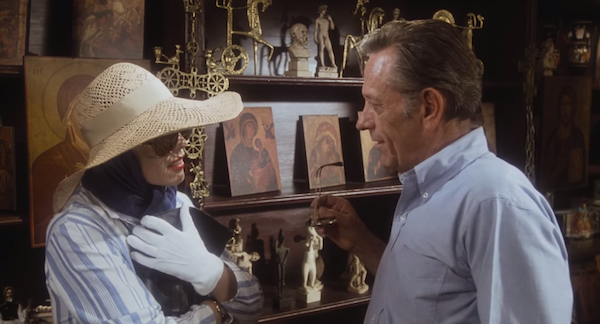 The Video:
While I'm tempted to grumble that Gerry Fisher's cinematography has the dated look of an old television soap opera, it's hard to grumble about the AVC-encoded 1080p 1.85:1 transfer, which was taken from a 2K restoration of the original negative. The image is spotless, with no print damage or specks. The colors are rich and saturated, with deep blacks and good shadow detail. There's also excellent fine detail reproduction throughout, except during the credits sequences which are presumably duped down a generation.

The Audio:
Fedora comes with a defect-free DTS-HD MA mono audio soundtrack that nicely blends the dialogue, effects, and Miklós Rózsa's musical score. In fact, in regard to the last item, I was surprised to find that the score had a sweeping, full-bodied presence, since the reputation surrounding this film is that, late in post-production, the score was butchered and mixed quietly to mitigate its old-fashioned style. Maybe the music remains butchered, but like the rest of the soundtrack, it sounds pristine and well-mixed. No subtitles.

Final Thoughts:
The flawed but fascinating Fedora has been out-of-print for decades and is just seeing its debut on American DVDs and Blu-rays now. With its exemplary A/V presentation, Olive Films' release will hopefully satisfy fans who have been waiting too long to own the film in HD, while offering a pleasant new surprise for the curious and uninitiated. Recommended. 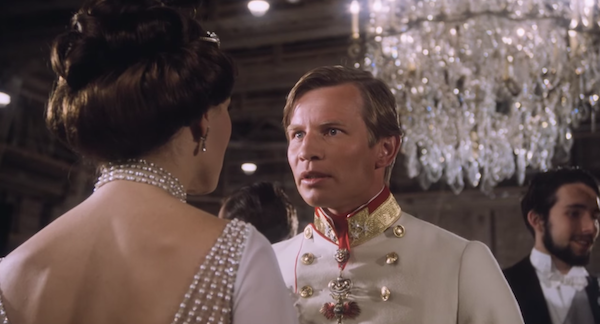