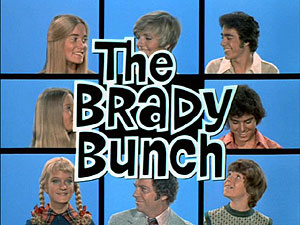 
The Story So Far…
Mike and Carol Brady's marriage brought together a family of six children, a household that lasted five years as an idyllic TV family before moving on to syndication immortality as a camp-tastic relic that's memorable to anyone fortunate enough to be babysat by a big console TV.

The Show
While the fourth season of The Brady Bunch was the best of the run, the final season of The Brady Bunch is probably the worst. Feeling more like a mercy killing than a quality conclusion, the series had run its course essentially, getting stuck in a rut as far as plots go. Stories about Greg and his girl troubles or Jan and her self-esteem were just more of the same. Plus, the kids were all getting older, which took away one of the series' crutches: the generational gap.

Despite the problems, the show still had a few tricks up its sleeve, starting with Johnny Bravo, Greg's dated rock-star persona. Few plots were as iconic on this series as this one, despite it only lasting one episode, as the '70s seep from every pore. As Greg hurtled toward adulthood and his pending graduation from high school, he remained a focus of the show, starring in five episodes, including this goofy spotlight musical moment.

The usual depressed Jan, jealous Cindy, and obsessive Bobby stories abound, but the show also takes a few dips into classic TV cliche territory, with guest stars like Joe Namath and the on-location episodes ("The Cincinnati Kids"). The series even tries the badly-kept-secret plot an unbelievable seven times. If that wasn't bad enough, "Two Petes in a Pod" actually introduces an identical twin for Peter. 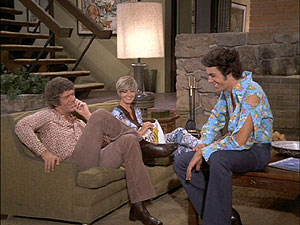 Incredibly, Jan comes into her own a bit in this season, at least in terms of looks, unlike Peter who began to look like "Weird Al" Yankovic. She's no longer the dowdy middle child, and instead looks like she might actually be related to Marcia. Of course, her looks can't camouflage her personality, as she's still overbearing, especially in "Miss Popular," where she attempts to win a popularity contest. She's just no longer as worthy of disdain as she was before.

On the other hand, there's Oliver.

From his first, over-the-top appearance, Cousin Oliver is easily one of the worst examples of "New Kid in Town" syndrome, a problem seen in dying TV shows with kid casts. With all six of the Brady's grown out of their cuteness, they randomly added a tiny John Denver clone who brought nothing to the table. In town for the final six episodes of the show's run, he ruined the show with his forced cuteness (especially since he's not at all cute.) It was a failed last-ditch effort of a desperate series.

Joining Oliver as an example of the show's dying breath is "Kelly's Kids," an attempted spin-off episode that most The Brady Bunch" fans probably have never seen, as it doesn't run in syndication. Why it doesn't run is up for arguing, as it may be the fact that the Bradys are barely in it, that it is godawful, or the very un-PC aspects of the show. The plot centers around the Bradys' neighbor (Ken Berry), who adopts three boys, one white, one black and one Asian. While the show attempts to be heartwarming, and fails at being funny, the Kellys' angry neighbor's racist dialogue is why it's so memorable. This TV rarity is the biggest reason for checking out the set. 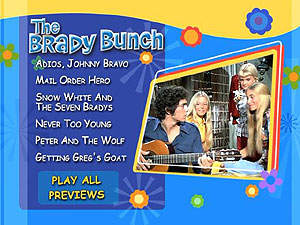 The Discs
An exclusive release for Target, the fifth season of The Brady Bunch hits DVD with a newly-pressed four-disc set of the same content released in 2006, though this time it's packaged in a clear, single-width keepcase with a dual-hubbed tray. In the case is a two-sided cover that has an episode guide on the inside, while the slipcover repeats the stylish new cover art (a big improvement over the original set's) with added embossing and spot-UV coating. The discs feature the same static, full-frame menus as before, which list the episodes and include a play-all feature. There are no subtitles or language options, but the episodes do have closed captioning.

The Quality
No changes here, so these reports are mainly the same:
The full-frame video doesn't look any better than the last season, with plenty of grain and obvious dirt and damage throughout. Once again, the show often has trouble when switching from angle to angle in a scene, with the quality varying greatly. At times, the episodes look solid, with a crisp, detailed image and vivid color, only to become blurry and washed-out. It's not even an issue of age, as the rougher episodes are interspersed throughout the set.

The audio in this set is the same-old Dolby Digital 2.0 presentation of a mono mix, but for the most part is sounds pretty good. Though most episodes feature clean dialogue, well-mixed music and those trademark Brady sound effects, there's at least one that has some bad echoes.

The Extras
With this release, Paramount has gone four for five (or technically eight of 10) in disappointing fans of the show, providing nothing but a few previews on the first disc. Consider this series (and this round of re-releases) a missed opportunity overall. 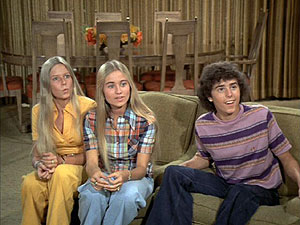 The Bottom Line
Though the arrival of Cousin Oliver and his presence in the final six episodes are a blight on this series, and television in general, there are some memorable moments in this season, like the trip to King's Island, Johnny Bravo's career and the driving challenge. But overall, the conclusion to this series is a major fall-off from Season Four, with the real draw being the rarely-seen "Kelly's Kids." The DVDs haven't changed any from last time out (both in comparison to season four and 2006,) so the set is only going to appeal to completists and real The Brady Bunch fans. A rental will satisfy just about everyone else (especially the anti-Oliver contingent.)