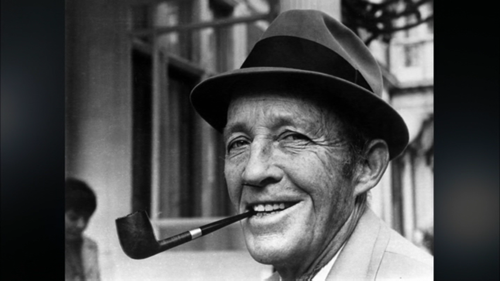 A friend recently inquired about the differences between PBS's similarly titled shows American Masters and American Experience. Here's what I came up with: where Experience brings America's historic figures and periods to life with the reverence of leather-bound literature, Masters does the same for people in the arts - actors, writers, sports figures, dancers, poets and singers. Like an upscale version of the old A&E Biography series, Masters tends to focus on still-living personalities which draw in a nostalgic Baby Boomer audience. That philosophy sometimes leads to fawning duds like 2012's Inventing David Geffen, but for the most part these programs elegantly lay out the facts while revealing plenty of unexpected facets. Their latest episode, Bing Crosby Rediscovered, is no exception.

Frankly, I'm a little surprised that it's taken American Masters this long to get to Bing Crosby. The ever-casual, cardigan-clad crooner had an incredibly long, fruitful run as the first performer to conquer several different 20th century media - records, radio, movies and television. He was also an intensely scrutinized figure, particularly when it came to his first marriage to troubled, alcoholic starlet Dixie Lee and Bing's four wayward sons from that union. Bing Crosby Rediscovered covers it all, although director Robert Trachtenberg wisely makes it as smooth and effortless as the man himself. Like the previous American Masters special on Judy Garland, it's simultaneously a sympathetic, realistic portrait and an intelligent primer on why this entertainer was important in his time.

Narrated by Stanely Tucci, Bing Crosby Rediscovered benefits from the participation of Bing's widow, Kathryn, along with his children Mary, Harry and Nathaniel from that second (happier) marriage. In addition to memories from them and fellow performers like Tony Bennett, there's a lot of fascinating observations on why Crosby caught on with the public from his biographer, jazz scribe Gary Giddins, and singer/Pop music historian Michael Feinstein. Slump-shouldered, balding but with piercing blue eyes, Crosby didn't seem like a logical choice to become one of the leading 1930s musical idols, but he arrived precisely when recording technology was ideal for his understated, crooning vocal style. This is graphically demonstrated in Rediscovered when Giddins and Feinstein talk about Crosby's interpretation of the Depression-era plea "Brother, Can You Spare a Dime." Compared with the strident, grab-'em-by-the-lapels approach taken by his contemporaries Al Jolson and Rudy Vallee, Crosby's soft, expressive singing was tailor-made for the recording studio. He wasn't the only vocalist to do that - Russ Columbo sang that way, too, although he died too young to ride that train into history like Crosby did. As the film shows, the easygoing, cavalier persona that made Crosby a star on records translated well to short films (for Mack Sennett) and ultimately to the movies.

Within the relatively small space of 90 minutes, Bing Crosby Rediscovered goes into a huge wealth of detail on its subject. Parts are somewhat familiar, such as Crosby and Irving Berlin's surprise at "White Christmas" being the lasting hit from 1942's Holiday Inn and the supposed rivalry between Crosby and his first serious competitor, Frank Sinatra (in reality, they became close friends). It deals with his involvement in recording technology, prompted when he decided to do one reel-to-reel tape of his radio show instead of the industry standard of live-performing two broadcasts for both U.S. coasts. Many of the American Masters dig really deep to get fascinating archival material. The Bing one is no exception, with a wealth of rare news clippings, radio shows, TV appearances and more (the oddest might be the '40s-era audition footage of Bing in heavy makeup for a Will Rogers biopic, eventually filmed with Will Rogers, Jr.). Oh, and Bing's famous "Little Drummer Boy" duet with David Bowie in 1977? That's delved into as well.

Although Bing can come across as smug and complacent in his movie roles, Rediscovered makes a compelling case for the man's humility and all-around generosity. It doesn't shy away from the fact that Crosby was a strict father to his four oldest sons, although it came from a well-intentioned desire to have his private life as "un-Hollywood" as possible. The children from his second marriage to Kathryn in 1957 seemed to come out more well-adjusted, perhaps because Crosby's lighter work load in the '60s and '70s afforded him more time to spend with them. 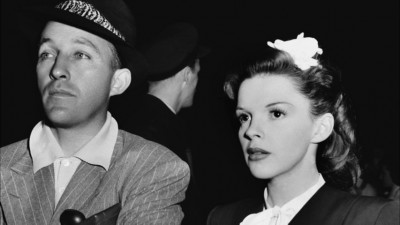 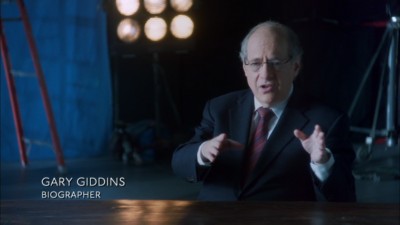 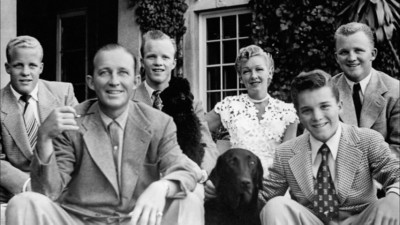 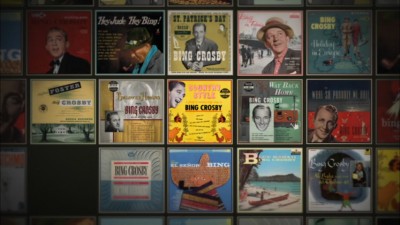 PBS sent American Masters: Bing Crosby Rediscovered as a pre-release screener disc. As per DVD Talk standards, the specs on video, audio and bonus content will be updated should the final retail version be available to us.

Bing Crosby Rediscovered does what the truly great TV biographies do, even-handedly addressing the subject's flaws while vividly conveying what made him one of the 20th century's most beloved all-around entertainers. It does a handy job of being comprehensive with Crosby's incredible life while explaining the essence of the man's appeal across so many entertainment media. One of the best episodes of PBS's American Masters. Highly Recommended. 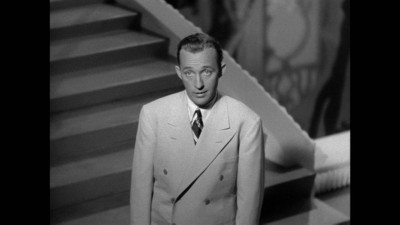 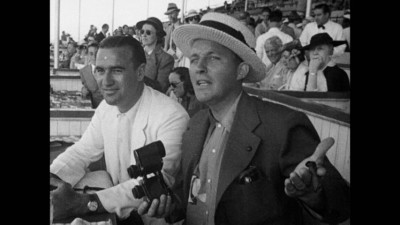