NOTE: The images included below are taken from promotional materials and do not represent the quality of the DVD under review. 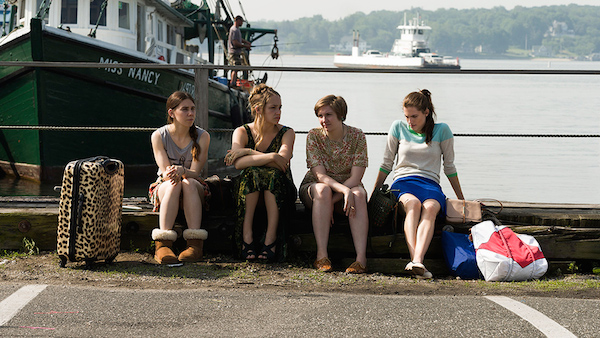 In the five short years since her film Tiny Furniture debuted at the South by Southwest Film Festival, writer-director-actress Lena Dunham has been lauded as a witty wunderkind, disdained as a narcissist troll, and branded with pretty much anything else that falls between those two extremes. Maybe it's because Dunham had the character she plays, fledgling writer Hannah Horvath, say that she thought she might be the voice of her generation in the first episode of Dunham's HBO series Girls. This seems to be one of the key things that has inspired hatred among those who immediately wanted to know who exactly this self-absorbed, frequently naked PSEUDO-feminist really thinks she is. Huh?!?

The scene in question, of course, was fiction -- a joke. Girls is mostly a comedy show, after all. Though Hannah might have her head too far up her own butt to know the ludicrous pretension of what she is saying, it's doubtful that Dunham has exactly this issue. Popping in the discs for season 3 of Girls, I was immediately struck by how structurally layered and emotionally intelligent the show has become. It seems like it should be less of a challenge for viewers to divorce the authorial voice of Lena Dunham from the character of Hannah Horvath now (something that arguably even Woody Allen can't quite pull off very often). I can't judge if this deepening of the show has been a gradual transformation, since I haven't been following the show religiously. (I had seen only four or five episodes from the show's first season before this review. And, unfortunately, I can't cheat and make an opinion up here based on the pieces about season one and season two written by my DVD Talk colleagues either, since their mixed reviews lead me to believe the show might be less up their alleys than it is up mine.) What once might have felt like a mumblecore movie chopped up into thirty-minute segments is now undeniably a real TV show.

Each of the four main characters -- Hannah, will-o'-the-wisp Jessa (Jemima Kirke), uptight Marnie (Allison Williams), and simple Shoshanna (Zosia Mamet) -- start off the season in interesting emotional places that offer them opportunities to develop and come of age. At the beginning of the season, Hannah is starting to make headway with her writing career and is enjoying the domesticity of living with her newly moved-in boyfriend, the slightly less-intense-than-normal Adam (Adam Driver). Jessa finds herself in a secluded rehab center, giving everyone around her a hard time. Marnie moves into a new apartment and throws herself into physical fitness to cope with her second major break-up with college sweetheart Charlie. Shoshanna is also reeling from a break-up, with the sardonically blunt Ray (Alex Karpovsky), and she decides to bounce back by evenly splitting her time between intense collegiate study and wild partying. Considering each young woman's tendency to chase every good decision with a few bad ones, the rate at which each character actually learns and matures inevitably varies.

Fans and detractors alike have long praised the male characters of the show as a welcome counterpoint to the sometimes cartoonishly self-involved shenanigans of the leading ladies, and it's hard to deny that the relationship between Hannah and Adam is the highlight of this overall strong season. Driver is not only the perfect foil for Dunham's constant whirlwind of hyperactivity and chatter, but he is able to effectively communicate Adam's genuine love for Hannah without selling out the enigmatic, emotionally confused oddball we've already known and loved. Things get even more interesting when their bond as a couple is tested. Hannah gets stuck in a soul-killing corporate writing job at the same time that Adam finds personal artistic fulfillment (the personal artistic fulfillment that Hannah is supposed to have!) as an actor. The struggle for whose needs get to take precedence in the relationship is dramatized in realistically painful and darkly funny detail.

The supporting cast of recurring and guest actors continues to be mind-boggling. Former child star Gaby Hoffmann, who recently resurfaced in Crystal Fairy and Amazon's Transparent, appears in a few episodes as Adam's unbalanced sister. Hedwig and the Angry Inch's John Cameron Mitchell is a joy as Hannah's semi-closeted book editor. The jaw-droppingly great Richard E. Grant appears as an alternately charming and disgusting rehab patient who befriends Jessa. Louise Lasser is heart-breaking as a wheelchair-bound photographer. Patti LuPone makes a few self-deprecatingly diva-ish appearances as herself. The Daily Show's Jessica Williams is fun as one of Hannah's corporate coworkers. Delocated's Jon Glaser is amusing as Hannah's hippie-ish neighbor. Stand-up Amy Schumer has a great one-off role as the combative friend of a woman that Adam once wronged. Nebraska's June Squibb plays Hannah's dying grandmother, in a fascinating tangential episode that explores the sibling rivalry between Hannah's mother (Becky Ann Baker) and her two sisters.

Behind the camera, much of the same creative team has returned from previous years. Our Idiot Brother director Jesse Peretz and Dunham helm the majority of the episodes, with Dom Hemingway's Richard Shepard, But I'm A Cheerleader's Jamie Babbit, and journeyman Tricia Brock picking up the slack. Besides Dunham, producers Judd Apatow and Jenni Konner chip in on much of the writing, along with NewsRadio creator Paul Simms, Six Feet Under's Bruce Eric Kaplan, King of the Hill's Murray Miller, and Sarah Heyward.

After three seasons, Girls has settled into a confident pocket that bodes well for its future. Dunham and her collaborators continue to make the show more grounded and realistic (even if it's not necessarily every viewer's reality), proving that it has much more to offer than just untidy sex scenes and unrepentant navel-gazing. 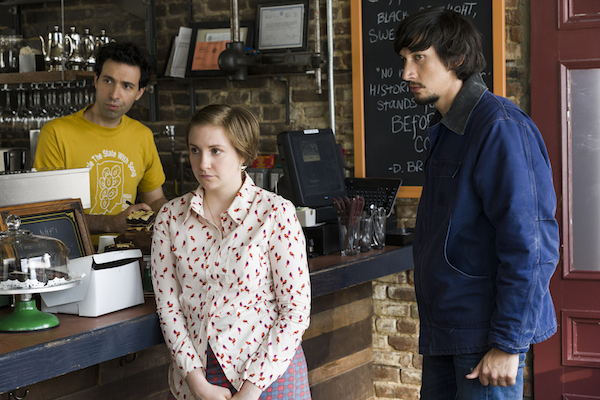 The DVD
HBO offers the twelve episodes of Girls: The Complete Third Season on 2 DVDs, packaged in a single standard-sized keepcase. Unfortunately, HBO didn't spring for a third disc, so this DVD version offers significantly fewer bonus features than the Blu-ray version of this season.

The Video:
The widescreen 1.78:1 image looks excellent for a standard-def presentation of a new TV show. Both of my colleagues have described the look of the show in prior seasons as appearing "dim," and that seems accurate for this season as well. No significant issues with compression artifacts or blockiness. Solid colors, strong blacks. If you're not going for the Blu-ray upgrade, this will serve you A-OK.

The Audio:
The main English Dolby 5.1 surround mix is clean and clear and problem-free. Obviously, this is a talky show, so much of the focus is up front on the dialogue, but there is constant atmospheric activity in the rear speakers and the frequent source music cues are given plenty of oomph, especially in the dialogue-free moments. The disc also offers French Dolby 5.1 surround and Spanish Dolby 2.0 stereo audio dubs, plus English, French, Spanish, and Brazilian Portuguese subtitles. English closed captioning is also available.

- A rotating roster of cast and crew, including Dunham, Apatow and Konner, comment on half of the season's episodes (mostly the second half). All of these tracks (except for maybe Dunham's solo commentary on the season finale) are chatty and fun, with good behind-the-scenes tidbits. One memorable exchange between Dunham and Apatow occurs during a somewhat kinky role-playing scene between Hannah and Adam, in which Apatow semi-seriously suggests that maybe they should try going a couple of episodes without any shots of Dunham's boobs as a nice change of pace. Dunham replies that at least half of season four will be boobs-free.

Final Thoughts:
Girls seems to be forever swirling in a storm of hype and anti-hype backlash, which unfortunately overshadows the quality of the show a bit too much. The show doesn't represent the voice of a generation. It's just a show. And as just a show, it's consistently funny, smart, awkward, touching, relatable, frustrating, and, above all, entertaining. Highly recommended 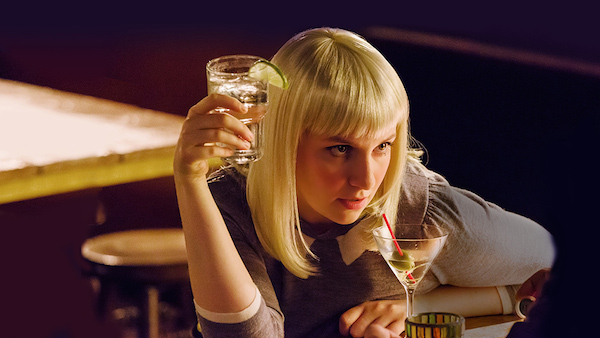