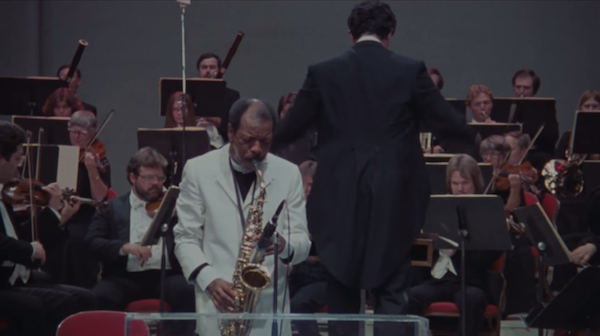 The folks over at Milestone Films have taken it upon themselves to resurrect the largely forgotten career of underground filmmaker Shirley Clarke. The first film they revived was the 1961 junkie drama The Connection. (It is currently only available for sale to institutions, but reportedly it is getting a home video release in early 2015.) And now comes the one-two punch of 1967's Portrait of Jason (listed on the package as "Project Shirley, Volume Two") and Clarke's final film, 1985's Ornette: Made In America ("Project Shirley, Volume Three").

Both of these documentary films profile black men, striving to be creative in late 20th-century America -- but that's where the similarities end. Jason Holliday, the star of Portrait of Jason, loves attention and is riveting to watch, but he is arguably more charlatan than artist (at least, as Clarke's film portrays him). Ornette Coleman, meanwhile, is one of the world's most influential, acclaimed, and controversial jazz composers and musicians, but he comes off as a bit soft-spoken and maybe even a bit shy around Clarke's camera. Whether Clarke is trying to compensate for this reticence, or whether she just wants to capture some of the free-thinking imagination that oozes out of Coleman's unusual music, she ill-advisedly takes an anything-goes approach to the structure and editing of Made In America. Most annoyingly, this film looks like Shirley Clarke had just rewatched Easy Rider and thought, "Hey, why don't more films exploit these trippy editing effects?" Sure, Portrait of Jason had countless shots that went out of focus as a transitional device, which might seem a little dated, but too much of Made In America seems like stylistic flailing meant to cope with the fact that Clarke didn't really capture Ornette Coleman in her filming.

That said, Ornette: Made In America is far from an outright failure. Frequently, the events that Clarke and her crew capture are pretty fascinating and are executed with deft craftsmanship. The spine of the film involves Coleman coming back to his hometown of Fort Worth, Texas, in 1983, to commemorate the opening of a local performing arts complex called the Caravan of Dreams. During this opening, Coleman debuts a new version of his 1972 symphonic piece, Skies of America, in which his "harmolodic" funk band Prime Time trades passages with the Fort Worth Symphony. Prime Time is also shown getting people riled up on the dance floor in a nightclub within the Caravan of Dreams, and Coleman later debuts a string quartet in tribute to Buckminster Fuller within the Caravan's own mock-up of one of Fuller's famous geodesic domes. This material is all quite compelling, and there are moments where Clarke cleverly juxtaposes these different aspects of Coleman's music; one specific moment where she switches between Prime Time's performance with the symphony and their nightclub set is a rare instance where her cross-cutting enlivens the material that was shot, instead of distracting from it.

Clarke obviously didn't feel this Caravan of Dreams material "said enough." So... she brings in footage that she shot of Coleman and his son, Denardo, in the late '60s -- back when the younger (then-preteen) Coleman was his father's intuitive, untrained drummer. She brings in footage of Coleman in Morocco in the '70s, hanging with William S. Burroughs and Brion Gysin and presumably going through an artistic transformation (though the footage doesn't really show it to us). She tries to reenact scenes from Coleman's childhood with actors (not a terrible idea, but one that is executed clumsily). She throws a lot of stuff at the screen, but only some of it sticks.

The second half of the film, which is relatively more straightforward, unsurprisingly ends up being more effective. Coleman's family discusses his bad reputation with other jazz players in the '50s: he didn't buy into the idea that groups needed to blend together, and he instead preferred to express his individuality in his playing. One interesting sequence involves an experimental jam session in which Ornette plays his saxophone down by the World Trade Center in New York while his son Denardo plays an electronic drum kit more than a hundred blocks away, in Harlem, with a satellite link relaying their performances to each other and entertaining two crowds of onlookers a few miles apart. A charmingly dated music video-like sequence conflates Coleman's music, video games, outer space, and primitive video effects.

The playfulness of this late material points toward a direction Clarke might have taken with the earlier sequences to make them creative without being so overbearing. As it stands, Ornette: Made In America is impressionistic and herky-jerky -- which can sometimes describe Ornette Coleman's music. Still, the film doesn't feel like it properly captures the man around whom it is focused. Ornette: Made In America is not a bad movie, but I wish it was a lot better. 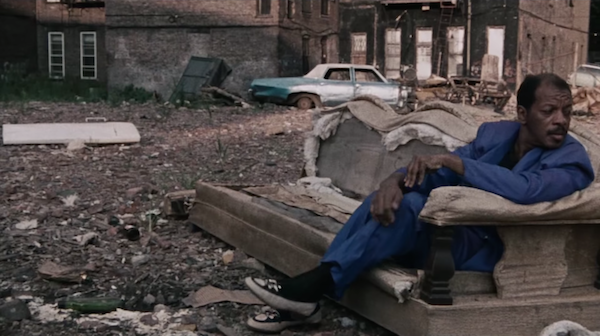 The Blu-ray
The Ornette: Made In America disc comes packaged with a booklet, featuring notes from the Caravan of Dreams' Kathelin Hoffman Gray, who also produced the documentary.

The Video:
The AVC-encoded 1080p 1.77:1 transfer is quite good overall. The look of the film is not particularly striking, and the color palette does not really pop. That said, the transfer is quite clean, with the grain structure of the film intact. There are certain sections that involve vintage '80s video-to-film transfers, which are predictably muddy, but this technique unintentionally reveals the crispness and clarity of the transfer here when we return to the traditional sections captured on film, which look stunning in comparison.

The Audio:
The LPCM 2.0 stereo audio is outstanding. The music is particularly well-served and has remarkable presence for a non-surround mix. The interview segments also are perfectly clear and understandable. Even so, the disc offers a subtitle option: English SDH.

(HD, 5:16) - An odd piece, which starts out with a vintage video of director Shirley Clarke superimposed over a Felix the Cat cartoon. She credits Felix with molding her personality and gets oddly wrapped up in the cartoon. This is then followed by the entire silent cartoon playing out in HD with jazz score taken from Clarke's The Connection.


Final Thoughts:
Ornette: Made In America struggles with how to tell the story of a man whose art is founded on dissonance and whiplash-inducing stylistic juxtapositions. Director Shirley Clarke seemingly tries to approximate Ornette Coleman's own approach to art in the creation of her portrait, but the end result only successfully emulates its subject intermittently. Still, it's hard to deny that so much of this material is fascinating and culturally significant, despite the film's unnecessarily confusing structure. For that reason, the film comes Recommended, with reservations. 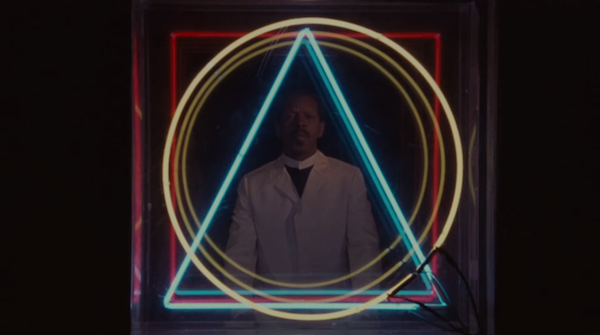