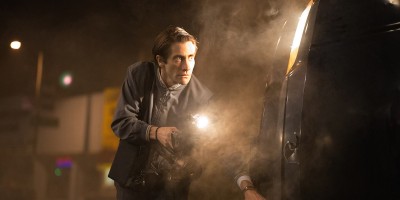 Jake Gyllenhaal went through a bit of a rough patch a few years back. It started with Prince of Persia in 2010, continued with Love & Other Drugs, ended with Source Code. These were not the types of roles that we had grown accustomed to from Jake. Sure, after some edgier stuff that showed off his talent (Donnie Darko) he went on to do some Hollywood throwaway characters (The Day After Tomorrow). But he has proven often enough that he has the ability to rise above the usual drivel, to deliver performances that blow away instead of leave empty. And in 2013 he got back on track. Prisoners, Enemy; two excellent films that showed Gyllenhaal's darker side, that gave him the chance to be an artist rather than a typical lead man. Nightcrawler should have been another twisted dramatic that continued the trend, and while he pulled off perhaps his strangest character to date, Gyllenhaal couldn't save a movie that never had enough going for it to become great.

Louis Bloom; what a weirdo. Broke, uneducated, but driven, Lou needs a job desperately and he's willing to do whatever it takes to get it. Lou is a fast learner, a deep study, a man who has no friends but plenty of time to research any topic that piques his interest. And, randomly, the newest field that catches his eye is reporting. Not just any reporting either, but first response video, ambulance chasing, in your face, film the dying guy journalism that crosses the line of decency and captures it all on film. Lou finds that his lack of empathy makes him perfect for the job, and his quick study makes him knowledgeable about the news world. Getting his foot in the door is easy, all he has to do is film blood & death, but staying one step ahead of the competition is a little harder. Forcing a relationship with a local news director named Nina will help, and so will abandoning every shred of moral fiber that he might have possessed. This isn't a job for the squeamish, but Lou, as they say, is a natural. 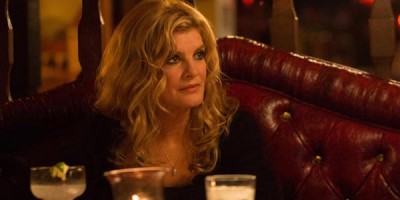 What an odd movie, with Jake Gyllenhaal's character leading the way. Lou Bloom is a near-sociopath, someone who has no interest in the feelings off other, a person who sees goals as all-important, no matter what the cost. It's a creepy role, a character that's really uncomfortable to watch because you have no idea what inappropriate thing he might say or do next. And it isn't a case of his hiding the fact that he's focused to the point on insanity, it's obvious to see. The point is he's good at his job, he's ruthless beyond measure, and that boosts ratings. So it's a character that you're never supposed to like, aren't going to root for, know is bad news, but can't stop watching because insanity is a captivating thing. Gyllenhaal becomes Bloom in an impressive fashion, putting aside his Hollywood looks & airs, giving in to the strange man who has the entire film on his back. His acting is top notch, it makes for a good watch, and he is by far the strongest part of the picture.

It's all the rest that fails to wow. Russo & Paxton will never be called A-class actors, and they show their lack of talent here. They're background characters, one note performances, throwaway extras in a movie that's not about them. They and the rest of the cast add almost nothing to the film, not detracting exactly, but not boosting the quality in any way. In their defense, I'm not sure what they could have done. The story was a bit heavy-handed and one-directional. There was a point, but it was made fairly early, and the unfurling plot just lengthened the amount of time audiences had to sit before leaving. This was Dan Gilroy's directorial debut and it showed, coming off as mediocre when what we wanted was something heftier. He wrote the story as well, but if you want a great Gilroy script go watch The Fall (2006), an artistic masterpiece of a film that makes this one look amateur. Nightcrawler was held up by Gyllenhaal, a talent that can't be denied, but it failed to impress in the areas it tried so hard in. It ended up as a movie you walk out of and say, "well that was strange", but then don't give much more thought to. I was originally surprised that this film wasn't getting much Oscar buzz; now I understand why. 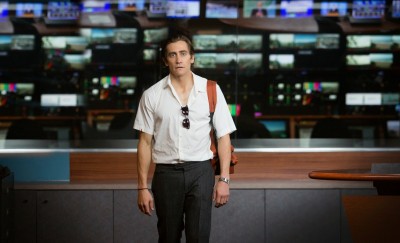