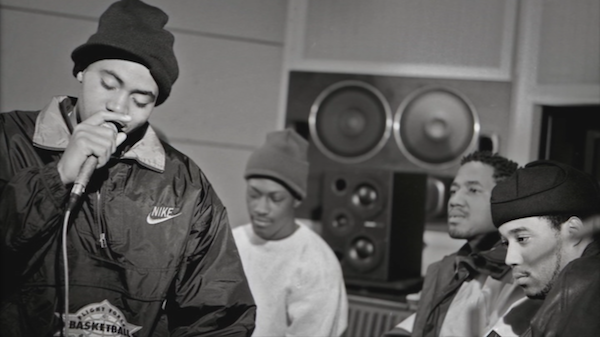 Illmatic was not a huge-selling album when it first came out in the spring of 1994, but it immediately got a critical reputation as a hip-hop masterpiece. It was the debut album by a then-twenty-year-old Nasir "Nas" Jones, who seemed both precociously talented and wise beyond his years. In the two decades since its release, the album's esteem has only grown, with countless writers dubbing it one of the all-time greats. The new documentary, Nas: Time is Illmatic, touches on that album's cultural impact but mostly focuses on the converging circumstances that led to its creation.

After a worrisome opening that feels a little like a TV commercial in its slickness and reverence for its star, producer-director One9 and writer-producer Erik Parker's film quickly establishes itself as something far less icky than ego-feeding hagiography. Starting with anecdotes about Nas's family history that go back to his father's music-filled childhood in Natchez, Mississippi, the film paints a compelling portrait of the rapper's younger days. Nas's father, the jazz trumpeter and cornetist Olu Dara, talks on camera about trying to pass along a musical and intellectual sensibility to Nas and his brother Jabari (nicknamed "Jungle"). He reminisces about a young Nas falling in love with the trumpet, and how he told the kid to hold off for a few years so it didn't screw up his embouchure permanently; by the time he thought his son was ready for the trumpet, Nas had moved on. Elsewhere, Olu Dara, Nas, and Jungle rattle off titles from the well-stocked library of books Olu Dara keep around the house for his sons to read, ranging from the Tao Te Ching to J.A. Rogers's From "Superman" to Man and beyond. Nas's mother, Fannie Ann Jones, died in 2002 so she is only seen onscreen in still photos, but her sons credit her with providing a solid, grounded home life, especially with their father frequently gone, touring as a sideman in Europe.

Nas and Jungle grew up in the Queensbridge Projects in Long Island City, Queens, which fed their creativity in intuitive and counterintuitive ways. Nas giddily describes seeing neighborhood hip-hop DJs, cutting up records at outdoor parties. He relives the awe-filled moment when MC Shan & DJ Marley Marl debuted their 1985 radio hit, "The Bridge," a tribute to Queensbridge. In almost the same breath, he glumly acknowledges the explosion of crack cocaine use that snuffed out a lot of nascent rap careers. The ascendancy of crack also provided Nas with subject matter for his rhymes, as he tried to translate his experiences into cinematic wordplay.

Time is Illmatic pretty thoroughly lays out the fashion in which Nas quickly made his way up the ranks of the rap game, but it is relatively light on details about the actual recording of the album once he got a deal. (A lot of this material wound up in the bonus features -- see below.) Still, Nas's collaborators provide anecdotes that give the impression of a focused production, bursting with creativity. Q-Tip, of A Tribe Called Quest, seems particularly blown away by a pair of lines from the song he produced on the album, "One Love." In this song, Nas is writing a letter to a friend who has been incarcerated, and at one point he says, "Congratulations, you know you got a son / I heard he looks like you, why don't your lady write you?" Even without the other details laid out in the lyrics, Q-Tip suggests, these two economical lines provide astonishing insight into that way of life.

The documentary fails to touch on the rest of Nas's career, apart from a brief scene at Harvard where he is seen discussing a hip-hop fellowship that has been created in his name. Many rap critics argue that Nas has yet to match the consistency of his debut, and though one wouldn't expect the rapper to harshly criticize himself, it might have added an interesting perspective to see how the legacy of Illmatic has affected the creation of, and reception to, everything Nas has put out since. Without that, Time is Illmatic gives a slight sense of being stuck in a nostalgic vacuum, like there was only ever pre-1994 and now. Even without that perspective, the film succeeds in telling a compelling story of human perseverance and creativity flourishing in dire circumstances. 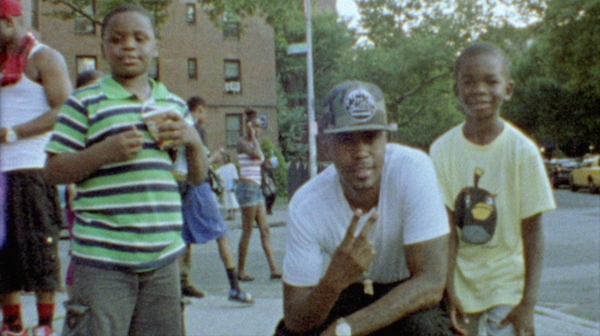 The Video:
Time is Illmatic was produced over ten years, so there's a variety of video quality in the talking head interview footage (as well as with the accompanying stock footage clips). The newest material was clearly shot on high-end HD cameras and has a clean, moody look in the interviews. Overall, the widescreen 1.78:1 image is attractive and has high production value.

The Audio:
The disc offers both Dolby 5.1 surround and Dolby 2.0 stereo audio options. The surround mix is a bit more atmospheric, especially in the handling of the music clips, but both sound slick and polished to a high sheen.

(56:08 total) - A track-by-track rundown of the album featuring interview clips with Nas, his collaborators, and other friends who were around while the tracks were being created.


Final Thoughts:
Time is Illmatic does not quite feel like a definitive statement on Nas's work -- like Michael Rapaport's Tribe Called Quest documentary did, in contrast -- but it is surprisingly effective in conjuring a time and place, in hinting at the inner workings of a beloved hip hop figure, in celebrating a community and its history -- and the art that sprung from it. The bonus features on the DVD are a vital companion to this film. This release comes Highly Recommended. 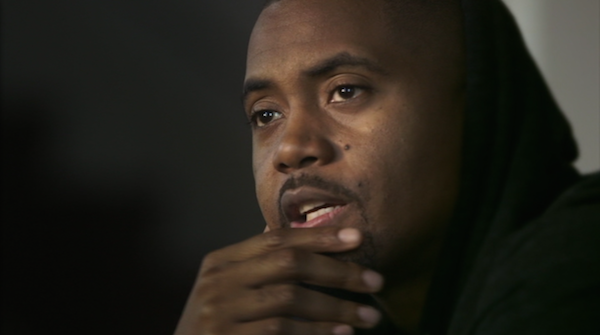