Place to Call Home, Season 1, A 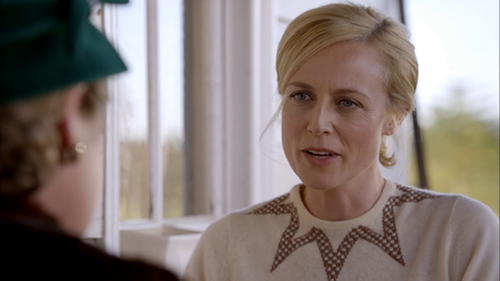 Forbidden affairs, inter-familial squabbling, and a mysterious woman arriving in conformist '50s Australia to escape her past - those are some of the elements at play in A Place to Call Home, an hour-long drama that has been likened to a Down Under Downton Abbey. Now that the popular show's first season has been released in a four-DVD set from Acorn, viewers in the U.S. can see what all the hubbub is about (the soapy series' first two seasons are also viewable on the Acorn TV streaming service).

With its constant tension/attraction between a wealthy family and various outsiders of humble means, A Place to Call Home shares a bit of surface similarity with Downton (especially that show's earlier, less hysterical couple of seasons). Because it covers a much wider range of characters, with stories that are soapy and melodramatic yet also sharply observant of the changing morals of the '50s, this program ends up being richer and more varied than the British hit.

Taking place in the year 1953, A Place to Call Home follows the saga of Sarah Evans (Marta Dusseldorp), a no-nonsense nurse returning to the place of her birth in New South Wales, Australia. On the voyage back home, she winds up caring for the Blighs, a wealthy Australian family. Although steely Bligh matriarch Elizabeth (Noni Hazlehurst) is perturbed by this outsider, her dashing son George (Brett Climo) wants to repay Sarah for saving the life of George's despondent son, James (David Berry). Eager for a fresh start after spending the previous twenty years in Europe, Sarah arrives to find that her elderly, Catholic mother has renounced her for converting to Judaism. Instead, she heads toward George Bligh, who promised to get her a job at the community medical clinic which services the rural area around the Blighs' lavish estate, Ash Park. Sarah settles in the nearby home of a local sheep farmer, gruff Roy Briggs (Frankie J. Holden). Despite Elizabeth's misgivings, Sarah also winds up getting involved in the lives of her son and grandchildren, including free-spirit daughter Anna (Abby Earl), who is in love with the Italian wine-making neighbor Gino (Aldo Mignone), and James' innocent British bride, Olivia (Arianwen Parkes-Lockwood), still adjusting to her husband's preoccupation with his ex-lover. Meanwhile, Elizabeth's efforts to have Sarah sent away have uncovered tidbits about the nurse's past in World War II France, including a name change and marriage to a murdered resistance fighter. Who is this Sarah woman, and what is she trying to hide?

Although series creator Bevan Lee cites Douglas Sirk's '50s melodramas as the main inspiration behind A Place to Call Home, the series is mostly just a solid, nicely performed yarn which forgoes between-the-lines commentary for juicy dramatics. While the forcefulness of Noni Hazlehurst as domineering Elizabeth Bligh can be a bit much, the rest of the characters are fairly subtle, written with nuance and satisfactorily played. The status-preserving Blighs may remind some viewers of the Granthams of Downton Abbey, but this series' world is more open-ended (for one, the Blighs' only have one household servant, and she's a minor character) - and in some ways it ends up being more pleasant to watch. The production makes excellent use of a limited budget by having much of it lushly filmed in outdoor locations, including the Victorian-era home used for Ash Park. The show is also quite creative in the use of costuming, set design and music, evoking the period without smothering the viewer in it. Subtly paced and provocative, this first season of A Place to Call Home boasts the right balance of dramatics and realism to keep me glued from one episode to the next.

A Place to Call Home enjoyed a two-year run on Australia's Seven Network in 2013-14, although viewers were shocked to find the show canceled at the end of its second season. Bevan Lee has since brought it over to the woman-oriented cable channel SoHo, however, where the exploits of Sarah and co. continue to beguile. Acorn has scheduled a DVD release of A Place to Call Home: Season 2 for June 2015. 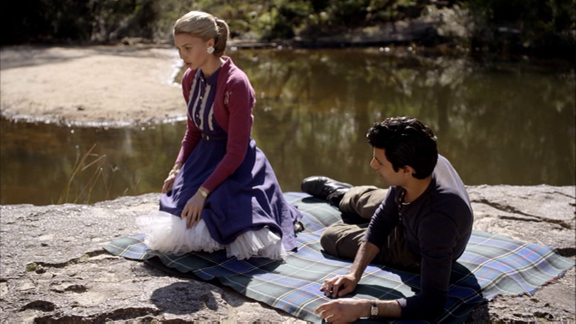 With thirteen 45-minute episodes spread across four discs, the mastering on A Place to Call Home: Season 1 ends up looking agreeably clean. Despite the limitations of DVD, the 16:9 widescreen image has a nice, uncompressed feel with good detail and lifelike color. The photography is pretty typical of contemporary made-for-TV dramas, which frequently depend on natural lighting and outdoor settings for a soft, pleasant look.

These episodes are supplied with a single, English-language stereo mix (no Surround) combining pristine-sounding dialogue with a decent use of sound effects and musical interludes (both original scoring and '50s-era tunes). English SDH subtitles are also provided (don't worry - the Aussie accents are pretty easy to understand).

Does a piece of paper advertising Acorn TV count? None, then.

The first season of the understated drama A Place to Call Home makes for several hours' worth of addictive, compelling TV (plus - it's not nearly as girly as it appears). Series creator Bevan Lee has crafted a believable array of have- and have-nots residing in 1953 Australia, highlighted by Marta Dusseldorp as the enigmatic lead character. Highly Recommended. 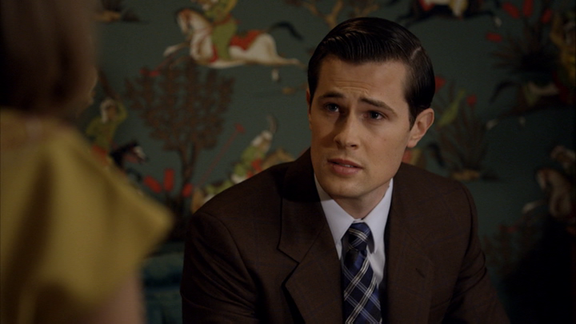 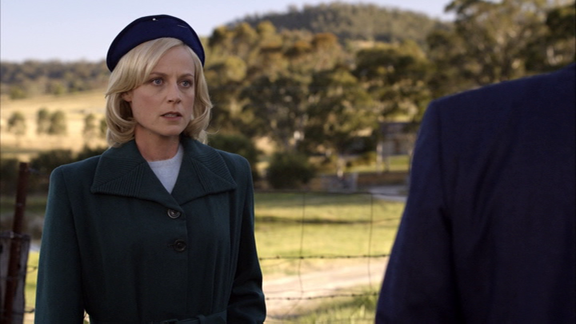