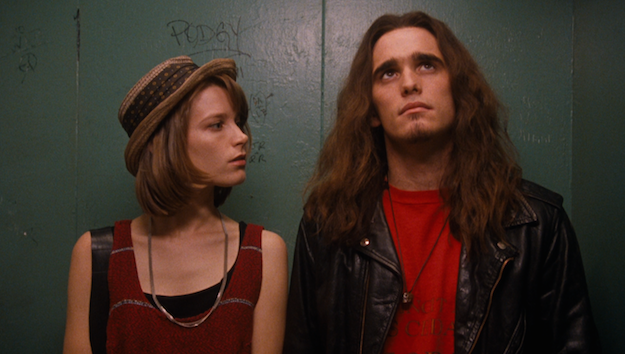 It's been said that the reason many musical acts suffer from a "sophomore slump" is because the artist took all of their best ideas of the past decade and distilled it into one breakout masterpiece. Given only a year or so to craft a follow-up, it's not surprising that most artists falter. One can only speculate that something like this happened for writer-director Cameron Crowe when he was crafting the rom-com follow-up to his widely beloved 1989 debut Say Anything.... I'm a big fan of Crowe's films, so I don't say this to be petty, but the perfectly charming and watchable Singles from 1992 is still clearly a step down from the films that directly precede and directly follow it (the latter being Jerry Maguire and Almost Famous).

Singles attempts to be both more ambitious and mature than Say Anything..., which might be the problem. By setting his film in a Seattle single-bedroom-apartment complex full of unattached people (get it? singles occupied by singles), Crowe tries to offer up a wide-ranging portrait of the post-collegiate dating scene that tackles the topic of (older) young love from multiple angles. He continues to show a knack for pithy, quotable dialogue and well-observed behavior, but all his nicely executed scenes fail to cohere into a richly satisfying storyline, let alone four or five.

The main story involves young professionals Steve and Linda (Campbell Scott and Kyra Sedgwick), who seem compatible but end up circling around each other, playing relationship games even though they claim to be sick of them. They get together, they split up, they try to be friends, they miss each other. Scott and Sedgwick make for an attractive but vanilla couple, which might be why Crowe counterpoints them with the more colorful Janet and Cliff (Bridget Fonda and Matt Dillon). Cliff is a musician of questionable talent (although his band consists of three dudes from Pearl Jam, so he's got that going for him), and still Janet is head over heels for the dude. When Cliff admits that he kinda sorta wishes Janet was a little more... uh... busty, she heads right over to plastic surgeon Jeff Jamison (Bill Pullman) to schedule an appointment for augmentation.

Sheila Kelly and Jim True fill the wacky neighbor/best friend roles. Kelly plays Debbie, an insecure maneater who resorts to video dating to find her next guy. In one of the film's many fun cameo appearances, Tim Burton plays the pretentious would-be filmmaker who shoots Debbie's overstylized dating video. True's character Bailey meanwhile provides questionable advice to Campbell Scott's character while idealizing French culture (kind of like how the kid from Breaking Away really wanted to be Italian). Bailey's pretty fun, although most of his best moments hit the cutting room floor, and he essentially disappears somewhere in the middle of the movie (fortunately, this Blu-ray release offers the chance to see those scenes as a bonus feature).

One of the big selling points of the film during its initial release was its zeitgeist-friendly soundtrack of songs by Seattle bands. In fact, the soundtrack album was a best-seller months before the movie even hit theaters, on the strength of the Alice in Chains single "Would?," not to mention musical contributions from Pearl Jam, Soundgarden, and Smashing Pumpkins, just as they were all hitting it big. Crowe has his characters attend shows where Alice in Chains and Soundgarden are performing live, but apart from these moments (and the aforementioned Pearl Jam cameos), the film seems oddly disconnected from the music scene it's spotlighting. Like (too) many aspects of the film, it's clear that Crowe is interested by this music but he's not quite sure how to meaningfully integrate it into the movie and develop it into a vital part of the story he's telling.

But let's get one thing clear. This film's reach typically exceeds its grasp, but Singles is never dull. The main cast is extremely appealing, while the supporting cast is filled with pleasantly surprising appearances by the likes of Eric Stoltz, James Le Gros, Jeremy Piven, Peter Horton, Victor Garber, Tom Skerritt, and even a pre-fame Paul Giamatti as an overly public displayer of affection. And Crowe's script, when it's not being too cutesy, is full of laugh-out-loud moments. More than twenty years later, certain aspects of Singles may have dated -- the hair, the clothes, the answering machines that eat mini-cassettes -- but the trials and tribulations of these young lovers still feels fresh and familiar enough to appeal to new viewers as much as old. 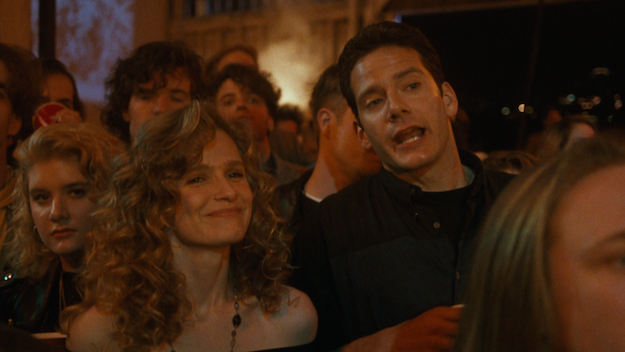 The Video:
Outstanding. The AVC-encoded 1080p 1.85:1 transfer is spotless, crisp, and nicely saturated. It's got pleasing film grain, and no encoding issues or unsightly noise. Skin tones look accurate and life-like. Just a top-notch presentation.

Special Features:
All of the bonus features are 4:3 SD. Presumably, these had been sitting around, waiting to be included in the long-promised DVD double-dip. Well... better late than never. The "complete-take extras with Bill Pullman and Tad" listed on the cover do not appear to be on the disc.

Final Thoughts:
Singles is a strange and semi-satisfying rom-com that shows writer-director Cameron Crowe trying to stretch his wings a little bit. The result is uneven but highly entertaining, with plenty of indelible moments that will trigger instant nostalgia within viewers of a certain age. The HD remastering is outstanding, and the hour-plus of new extras are completely welcome. If you already love this movie, this edition is definitely worth a purchase. If you're a rom-com fan unfamiliar with this film, this disc still comes firmly Recommended. 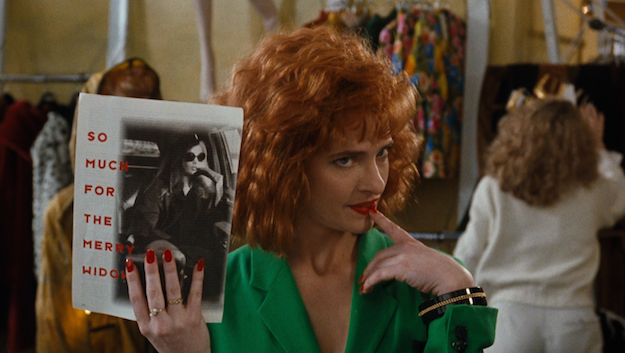