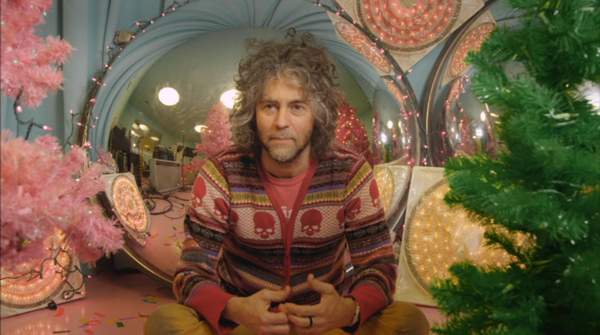 It's a time of crisis for pop culture collectors. With movies and music slowly all getting sucked up into "the cloud," enthusiasts who like to have physical objects -- discs, tapes, reels, etc. -- attached to their viewing and listening experiences, whether for sentimental or practical reasons (I don't have to hear all my albums on vinyl, but it's hard to deny that Blu-rays look so much better than streaming video), we are finding ourselves treated like relics -- just like the precious media we covet and horde. The line between enthusiast and obsessive inevitably blurs. Maybe that's why the subjects of Russ Forster's 1995 documentary about 8-track tape collectors, So Wrong They're Right, or the folks in Josh Johnson's 2013 update of the same idea but with VHS tapes, Rewind This!, are fairly sympathetic and don't seem all that crazy.

Mitchell Kezin's new documentary Jingle Bell Rocks! similarly has a warm and ingratiating attitude in its portrait of a pop subculture within a pop subculture: crate-digging record collectors who look specifically for Christmas music. The opening sequence is perfect. We see a collector enter Los Angeles's famous record mecca, Amoeba Music, around a half hour before closing. He's looking for Christmas music. When he finds the section, he gets giddy but oddly stressed out: the store has so many albums that he wants that he needs more time to go through them all. As he is about to leave with an overloaded basket of vinyl and compact discs, he realizes there's a whole other set of shelves on the ground and he nearly breaks down crying. This obsessed man, it turns out, is director Mitchell Kezin.

While many of the other documentaries about collector subcultures tend to be sympathetic, Jingle Bell Rocks! manages to surpass them in terms of emotional impact because of the way Kezin weaves in his own story among the more typical footage of celebrity anecdotes and scenes of bespectacled middle-aged men digging through piles of junk at flea markets and thrift stores in search of some utterly unknown yuletide gem. We learn in heartbreaking detail that Kezin's love of Christmas music turns out to have stemmed from one very specific song: Nat King Cole's "The Little Boy That Santa Claus Forgot." As a boy who rarely saw his father, five-year-old Kezin took the story in the song as his own. He tells the camera about how he would have his mother play the record over and over, in the hope that maybe the story would change. Eventually, he commissions legendary calypso singer The Mighty Sparrow to record the first-ever upbeat calypso version of the song for the film.

Along the way, Kezin also meets some other Christmas music heroes, like bebop singer Bob Dorough, who created the anti-consumerist jazz ditty "Blue Xmas" with none other than Miles Davis. He talks to bluesman Clarence Carter about his sexy hit "Back Door Santa." He speaks to the sister and widow of Christopher Dedrick, who headed up a ‘60s singing group called The Free Design, which managed to squeeze an anti-war Christmas song onto an Armed Forces-produced holiday album.

Kezin's free-associative approach to the subject at hand leads to interviews with folks like The Flaming Lips frontman Wayne Coyne, who describes a half-remembered movie that his mother sleepily recounted to him that led to the creation of his own midnight movie Christmas on Mars. Also, in addition to interviewing a musician about his filmmaking, Kezin interviews cult filmmaker John Waters about the Christmas album he compiled in 2004, which included the 1973 song "Santa Claus Is A Black Man." Kezin then dutifully interviews the creators of that song about the cultural conditions that inspired it. In a similar vein, he talks to Latin entertainer El Vez about his rewrite of an Elvis standard, newly titled, "Santa Claus Is Sometimes Brown." He also interviews rapper Joseph "Run" Simmons, of Run-DMC, about the group's one and only Christmas song, "Christmas in Hollis," which Run describes as being the best rhymes he ever wrote.

As interesting as all those talking heads are, Kezin is clearly more at ease with folks like Bill Adler, the former Def Jam A&R man and Christmas music fanatic who was the one who told Run to write a Christmas song in the first place. Adler is an engaging, smooth talker who can describe the common practice among aficionados of spending most of the year working on a new Christmas mix CD, for gifting and trading during the holiday season, without sounding like too much of a shut-in nerd-type.

In fact, there's not really much of the queasy laughing-with-you/laughing-at-you vibe that viewers can sometimes get from fandom documentaries (like the Trekkies movies, say). Though the subjects of this film are clearly not run-of-the-mill folks, they all seem to have a healthy self-awareness that makes their fascination much more interesting, rather than sad or silly.

Jingle Bell Rocks! might not appeal to non-fans of music, just because it lacks the car-crash reality-show ugliness that usually would draw them into a flick like this. On the other hand, folks who innately understand the potentially redemptive power of music -- even the seemingly silly stuff -- and who recognize its ability to give life added meaning, will find a lot to like in this highly personal, solidly constructed film. 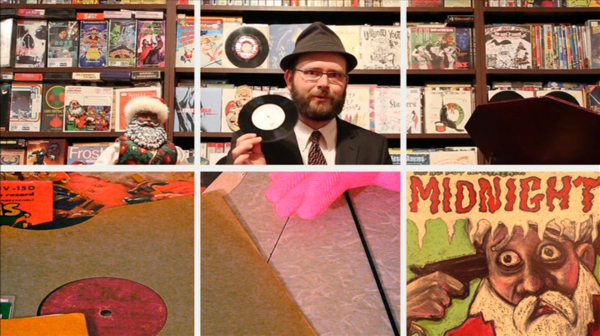 The DVD
Unlike most Oscilloscope releases, which come in unique foldout cardboard sleeves, Jingle Bell Rocks! comes in a standard keepcase with no insert.

The Video:
As with most documentaries, Jingle Bell Rocks! comes from a number of different video sources. The majority, however, seems to have been shot with higher-end prosumer HDV cameras, which gives the widescreen 1.77:1 image a surprising rich and bold look. The colors are typically vibrant and there are not a lot of noise or compression issues to get in the way either.

The Audio:
The disc offers both Dolby 2.0 stereo and Dolby 5.1 surround audio options, and there are both quite robust. In fact, I got through most of the opening credits without realizing that the disc defaults to 2.0. The film is driven by music, typically funky Christmas music, which sounds fantastic, with a powerful (but not overpowering) bass response. There is one subtitle option: English SDH.

Special Features:
Though the additional footage is divided into three categories, unfortunately there are no play-all options everywhere and clip has to be selected separately.

Final Thoughts:
Most people probably think of Christmas music as that aural garbage that they have to tolerate in public spaces during the month after Thanksgiving. Jingle Bell Rocks! is a charming portrait of a largely unknown portion of society that looks for the magic amidst the cash-in crap, so much so that it became a way of life. By bringing in his own emotional story, director Mitchell Kezin invests the whole enterprise with a surprising amount of heart. Highly Recommended. 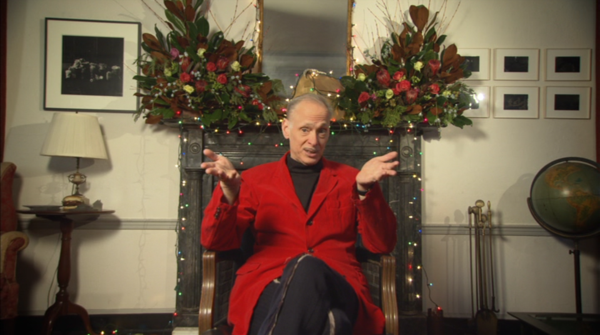