Shout Factory // Unrated // March 10, 2015
List Price: $39.97 [Buy now and save at Amazon]
Review by Stuart Galbraith IV | posted April 1, 2015 | E-mail the Author
Quincy, M.E. (1976-83), the medical examiner procedural starring the irreplaceable Jack Klugman as "the original crime scene investigator," has maintained a surprisingly loyal if small following since its cancellation. They're less vocal, perhaps, than Trekkies/Trekkers, Mad Men followers, and Breaking Bad fanatics, but no less passionate. The IMDb's entry for Quincy is an interesting forum for fans of the show, where episodes have been scrupulously and humorously reviewed.

Yet even they don't have much good to say about The Final Season (1982-83), the show's eighth year. By this point Quincy had exhausted the program's original format, with coroner Quincy using pathology and forensic science to solve inexplicable deaths, often homicides. In its later seasons, Quincy became a hot-headed crusader for social justice, sometimes in fairly good shows exposing serious flaws in the pharmaceutical and insurance industries, or with inefficient hospital methods or paramedical procedures that compromised patient care.

But by its final year, Quincy, M.E. had lost a lot of its credibility, with Quincy blithely playing hooky from work to ride to the rescue of that week's social crusade. Unquestionably, Quincy had the most lenient boss on television. As Los Angeles County's top medical examiner, he seemed to be at the office no more than an hour or two per week. Bodies awaiting autopsies must have been stacked up on a scale not seen since the Black Death.

Shout! Factory's DVD set of The Final Season sources clean masters derived from good 35mm film elements, but all of the episodes viewed for this review exhibited highly noticeable judder. In static headshots of characters having conversations it's not too bad, but in shots where actors walk down a sidewalk, cars drive down streets, etc., motion is visible jerky. 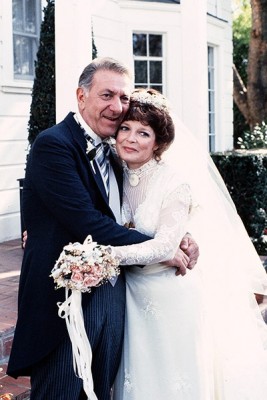 Despite some sincerity in its social-problem-of-the-week format, the series had become tiresomely formulaic. Practically every episode is the same: Episodes open with a mysterious and/or tragically needless death. In the next scene Quincy performs a quick autopsy, professionally dictating his findings into a recording device, always with a twinge of heartbreak in his voice. Next, Quincy launches a one-man, off-the-books investigation (completely unrealistic), during which he's introduced to some tireless social advocate trying to improve medical care (or the community at large) with some swell outside-the-box innovative program. Quincy takes an instant liking to this person, awed by their selflessness and dedication. Then that week's antagonist is introduced, usually an administrator type (played more than once this season by busy character actor John Randolph), an old-fashioned, by-the-book bean counter resistant to change. Quincy usually loses his cool at least once with this character, and by the fourth act buttinsky Quincy usually forces the issue, positive change is safely and permanently implemented, and everyone celebrates with mostaccioli and beer over at Quincy's hangout, Danny's.

Klugman, who had delivered reliably good performances early in the series, and then entertainingly hammy ones later on, seems to be on auto-pilot for this final season, going through the motions but rarely rising above the weak material. In an attempt to refresh the tired formula, for the Season 8 premiere, "Baby Rattlesnakes," a new love interest was introduced, Dr. Emily Hanover (Anita Gillette), whom Quincy would eventually marry before the season was out. Rather foolishly, however, her character was conceived as essentially a female Quincy, another medico with a social axe to grind. They either squabble with one another or fight that week's cause in tandem, making Quincy play not twice as good, but rather merely twice as loud. And shrill.

This "jump the shark" move brought two curious aspects to the show. First, Gillette had played Quincy's first wife in a soapy 1979 episode called "Promises to Keep," in flashback sequences where the wife is dying of a brain tumor. Obviously the show's writers were unconcerned that viewers might remember that show, and Dr. Hanover's uncanny resemblance to the first Mrs. Quincy is never mentioned, yet vaguely creepy, like Jimmy Stewart's obsession with Kim Novak in Vertigo. Secondly, with the show obviously on its last legs, no one bothered to change the program's opening titles, which feature Quincy studiously examining a piece of flesh that turns out to belong to a very much alive bikini-clad babe Quincy is wining and dining on his sailboat. With that title sequence retained, it suggested that Quincy was cheating on his wife every week.

Typical of how badly the show had lost its edge is that season opener, which has Quincy fighting to prove the innocence of a 14-year-old kid accused of participating in a gang shooting, in which a little girl was killed in the crossfire. Further, he becomes a supporter of a tough-love program for delinquent youths that a conservative, bigoted politician (John Randolph) adamantly opposes. As usual, Quincy performs a fast-as-lightning autopsy before meddling in problems so outside the parameters of his job that anyone in the real world would have been instantly sacked.

The very last episode of Quincy is especially disappointing. Definitively "final" episodes were still comparatively rare in 1983, but surely the producers could have come up with something better than "The Cutting Edge," in which none of the show's regulars (Robert Ito, John S. Ragin, Garry Walberg, Val Bisoglio) appear and Quincy himself plays second fiddle to another medical advocate, Dr. Gabe McCracken (Barry Newman) in what turns out to have been a back-door pilot for a show that clearly would have been even worse than Quincy's final season. Klugman is only in about 10 minutes of the 50-minute program, and doesn't even get to deliver the series' final lines.

Quincy, M.E. was fairly innovative when it debuted but was a real dinosaur by the time it ended. The marvelous, groundbreaking hospital drama-black comedy St. Elsewhere had debuted that same year, on the same network. (NBC scheduled St. Elsewhere Tuesday nights at 10:00; Quincy aired the following night, also at ten. St. Elsewhere moved into Quincy's time slot the following season, where it stayed for the rest of its amazing six-season run.) There was no comparison. St. Elsewhere was clever, had richly developed characters, and at once was far more realistic yet playfully experimental with the conventions of series television. Quincy was old-school Universal Television schlock, better than most of that company's product, but still assembly line and safely predictable. Quincy, after eight seasons, was ready for the TV Land morgue.

As noted above, though Quincy M.E. sources good 35mm film elements, the transfers on all of the episodes viewed in this set exhibit significant judder, so obvious one wonders why this wasn't spotted and squelched by Shout!'s quality-control people. The jerkiness is almost immediately noticeable and, though just barely tolerable, should not have been allowed to happen at all. Otherwise, it's free of dirt and wear, and episodes have not been time-compressed. The mono sound is equally acceptable for its age, with optional closed-captioning. The series' final 24 episodes are spread across six single-sided discs. No Extra Features

At its best and even sometimes at its worst, Quincy, M.E. is an entertaining program, though this last season is pretty dire. That and the problematic transfers make this a Rent it.