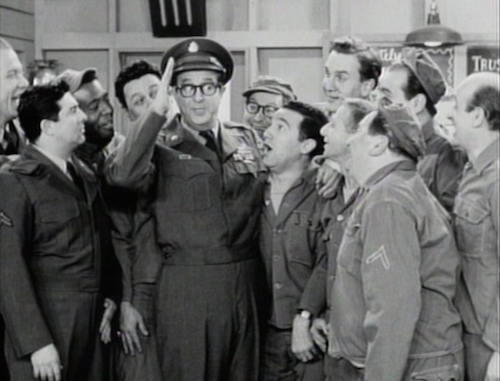 The Phil Silvers Show, aka Sgt. Bilko, has long been touted as one of the best sitcoms to ever hit American TV screens. During the show's original 1955-1959 run, it was a consistent critical hit, and it did A-OK with audiences too. Over the years, though, it hasn't remained as present in the American cultural consciousness as other classic shows that aired around the same time, like I Love Lucy and The Honeymooners. (In the UK, it has maintained a healthy following, with the BBC running it pretty consistently on one of their channels until around 2004.)

And so, the roll-out of Phil Silvers Show episodes on American DVD has been gradual to say the least. It has been five years since Paramount put out discs for the show's complete first season, and it took a recent team-up with Shout! Factory to get the complete series released. Now Shout! is doubling-back and releasing seasons 2-4 as separate releases. (Season 3 is already scheduled for August.)

Bilko (as I'm going to nickname it, for brevity's sake) is an army show that actually has little to do with the army, apart from offering a playground within which its lead character can roam freely. Master Sergeant Ernie Bilko, the head of the motor pool at Fort Baxter, Kansas, is a gambler, a cheat, and a con man, but he's a heck of a guy. As played by Silvers, Ernie is a force of nature, blustering his way through any conversation, spitting out lies with speed and stamina, like a prizefighter whose greatest nemesis is reality.

A harebrained scheme is always at the center of each Bilko episode. As his surname suggests, Bilko usually tries to score some easy cash from his fellow soldiers. His other shenanigans in this second season includes: pursuing the spotlight both in an army training film and in Ed Sullivan's all-army TV special, attempting to worm his way out of a wedding engagement to his long-time steady Joan Hogan (Elisabeth Fraser), bamboozling his underlings in the motor pool to take the sister of slobby Pvt. Doberman (Maurice Gosfield) to a camp dance, and convincing his commander, Col. Hall (Paul Ford), that his terrible golf game is actually outstanding so that the colonel will split to Palm Springs for a golf tournament and leave Bilko and Co. alone to party on the base. Bilko's success rate with these schemes is pretty spotty, and even when he ends up on top, it's usually some sort of Pyrrhic victory. (But hey, if it wasn't, we'd have no show.)

The concept of the show is simplicity itself, which makes the consistently inventive scripts churned out by creator Nat Hiken (Car 54, Where Are You?) and his team of writers that much more impressive. There's definitely a formula at work in every episode, but the writers have such a solid handle on the characters that the show never once feels run-of-the-mill. As costar Mickey Freeman (who played Pvt. Zimmerman) points out in his audio commentary (see below), the show doesn't rely on jokes so much as funny interactions rooted in the characters. It's a situation comedy in the most literal sense of those words.

There are a few interesting guest appearances mixed in there too. Bing Crosby appears as himself, in an episode where Bilko convinces the singer to come to Fort Baxter to accept a made-up award and then sells out the camp's rec center with the promise of a Crosby concert. Ed Sullivan also appears as himself, both in the episode I mentioned above and in a peculiar clip show near the end of the season that has the cast discussing and introducing scenes that got cut from the prior year's shows. Professional golfer Sam Snead makes an enjoyable accomplice in convincing the Colonel that he's actually an expert on the links. Movie director Michael Todd shows up in an episode about a contest built around Around the World in 80 Days.

The years have been incredibly kind to The Phil Silvers Show. While the plots of certain episodes might seem a little familiar to a modern viewer, the performances and zippy dialogue are consistently fresh and sharp. I surprised myself with how much I laughed out loud. If you like to laugh -- and you like pleasant surprises -- give this show a shot. 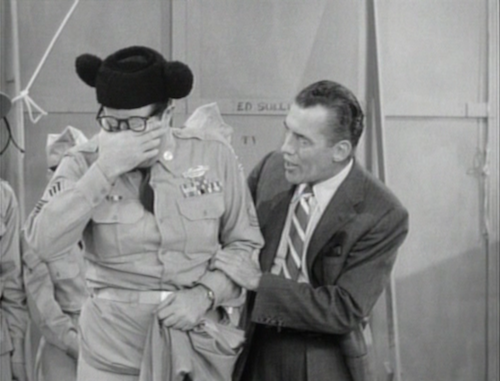 The DVD
The 36 episodes of the second season of The Phil Silvers Show are spread across 5 DVDs, with the majority of the bonus features appearing on the fifth disc. They are housed in a standard-sized keepcase designed to resemble Paramount's first season set from 2010.

The Video:
These standard 1.33:1 transfers seem to be taken from relatively old masters, especially considering the old Viacom logos that appear at the end of each episode (they do not appear to be truncated, thankfully). That said, these are pretty solid, with above-average detail and no major damage.

The Audio:
The Dolby Digital 2.0 mono audio is mostly A-OK. There are a few moments in certain episodes that had evidence of wear and warble, but nothing that got in the way of the dialogue. English subtitles are also available.

Special Features:
The first four bonuses are carried over from the 2006 50th Anniversary Edition release of Bilko highlights.

Final Thoughts:
One of the great neglected sitcom classics. Phil Silvers is a one-of-a-kind performer, beautifully paired with the sensibility of show creator Nat Hiken. These great shows stand as a testament to both of their talents. Highly Recommended. 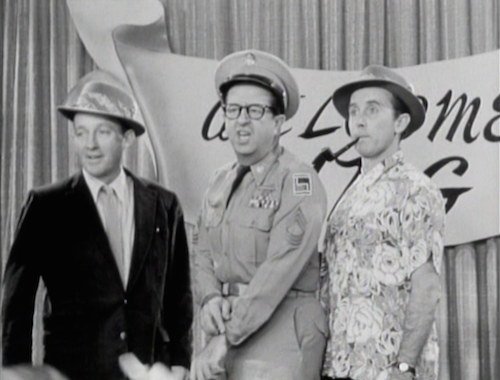