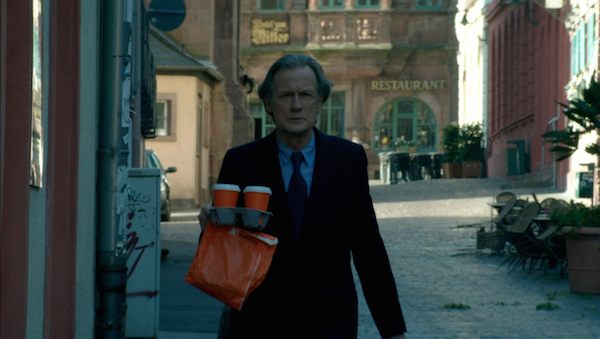 Writer-director David Hare's made-for-BBC Worricker Trilogy, following the exploits of sexagenarian British spy Johnny Worricker (the immensely watchable Bill Nighy), comes to an anticlimactic conclusion with Salting the Battlefield. Once again, Hare has assembled a stellar cast and has peppered his script with plenty of great two-handed scenes, but the drive of his narrative and the reveal of where it's all been heading lacks the proper energy and shock to make the three-film journey feel completely worthwhile.

Salting the Battlefield, which originally aired on both the BBC and PBS exactly one week after the chapter that preceded it, the superior Turks & Caicos, picks up shortly after the conclusion of that film, with whistle-blowing Worricker on the run alongside former MI5 intelligence analyst -- and old girlfriend -- Margot Tyrell (Helena Bonham Carter). While Worricker works long-distance with his buddy Rollo (Trainspotting's Ewen Bremner, a welcome presence in all three films) to start planting stories in the press that will gradually expose the damaging information about Prime Minister Alec Beasley (Ralph Fiennes) uncovered in the prior films, Worricker and Margot feel the strain of living together in hiding.

It's not a bad basis for a final chapter to the series, except that Hare loads up the film with many subplots that just are not that fun to watch. Felicity Jones returns as Worricker's estranged daughter Julianne, now quite visibly pregnant (a visual clue that the whole trilogy has occurred over the course of six or seven months) and possibly being monitored by MI5. While Julianne serves the narrative purpose of being the chink in Worricker's armor, their scenes together just feel like half-hearted retreads of scenes from a million domestic dramas. Even some of the spy stuff is fairly blah: a subplot about MI5's acting director Jill Tankard (a mostly misused Judy Davis) gaining the trust of the Deputy Prime Minister (Saskia Reeves) counts as intrigue in only the strictest literal sense of that word.

On the other hand, Olivia Williams (Sabotage) is an electrifying verbal combatant up against Bill Nighy, appearing as a newspaper editor that Worricker must convince to help turn the dirt he has on the Prime Minister into a full-blown media event. Like the conversations between Nighy and Christopher Walken in Turks & Caicos, these scenes are smartly played, with the opponents trying not to show too much of their own hand while getting each other to give something up.

Ralph Fiennes turns out to be a more than formidable opponent for Nighy as well. Though the film doesn't delve as deeply into the Prime Minister's character as much as I personally might prefer, Fiennes makes his villain all too human and more than a little sympathetic.

Helena Bonham Carter does solid work as always, but her character is given less to do this time around -- which might be by design, considering the boredom she is supposed to be suffering while in hiding. It still makes the character less engaging.

In the bonus features, David Hare says that he is done with Worricker, which is a shame. At the end of Salting the Battlefield, I was left wishing there was more. Unfortunately, this was because of two conflicting reactions: 1) a deep fondness for the lead character and the actor who plays him and 2) a feeling of Is that all there is, really?. If I knew there was more Worricker on the way, the letdown of the wrap-up would certainly sting far less. And who knows, maybe Hare will change his mind. If they can extend the Pirates of the Caribbean trilogy to five films, then anything is possible. 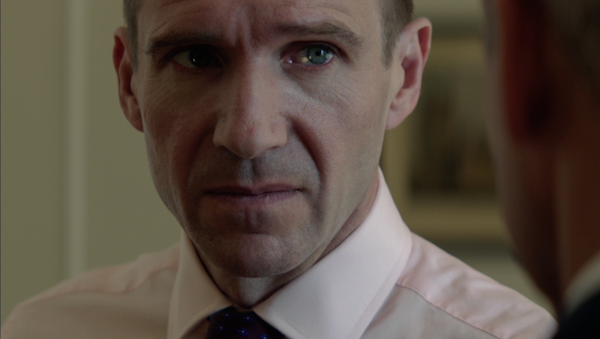 The Video:
Once again, PBS has given us a strong, but not flawless AVC-encoded 1080p 1.78:1 presentation. The look is more sedate and darker than the vivid and bright colors of Turks & Caicos, and surely this is by design. Still, skin tones look lifelike and there's plenty of fine detail, especially in close-ups. Some of the crushing and artifacting I noticed on the Turks disc pops up here too, but it's not enough to derail the viewing experience.

The Audio:
Again, PBS has offered a clean and clear DTS-HD MA 2.0 stereo audio audio mix that nicely serves this dialogue-heavy film, while offering just enough atmosphere. Once again, the film is punctuated by a powerful, but not overpowering, jazzy score. The disc offers on subtitle option: English SDH.

Special Features:
Just another Making Of (HD, 16:16) which features interviews that seem to have been shot in the same sittings as those from the Turks & Caicos featurette. Once again, it's a little heavy on clips, but it offers an entertaining collection of soundbites on the characters and the production.

Final Thoughts:
Summing up Salting the Battlefield is a little difficult. It's a letdown as far as concluding the Worricker Trilogy and is probably flat-out the weakest film of the three altogether... And yet, it features many strong performances and has some of the best isolated scenes in the series. Hmmmm... Well, if you haven't seen Page Eight and Turks & Caicos, there's no reason to bother. However, if you've enjoyed both of those films, this one has enough worthwhile moments sprinkled throughout it to warrant a Recommendation. 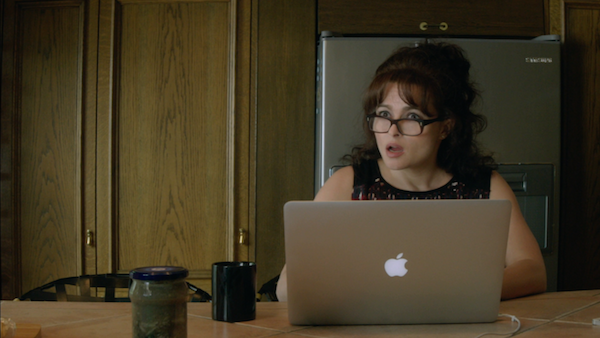