Place to Call Home, Season 2, A 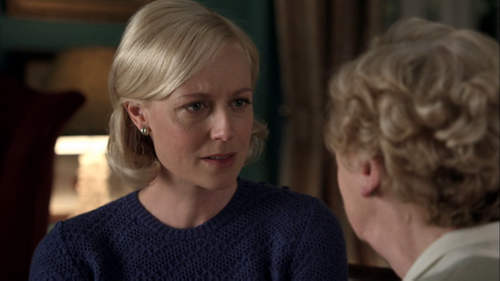 Young vs. Old, Rich vs. Poor, Progressive vs. Traditional - the Bligh family is up to their usual antics in the second season of the addictive Aussie soap A Place to Call Home. It would all be so epic if the '50s-set show itself wasn't so laid-back and lovely. As with year one, Bevan Lee's saga wraps these evergreen themes in an accessible, nuanced package. Now available as a 3-DVD set from Acorn (with extras!), this ten-episode story arc tidies up several loose ends and introduces a few new surprises.

Taking place throughout the summer of 1953-54 at the lavish estate of Ash Park and the surrounding fictional town of Inverness, Australia, A Place to Call Home's second year kicks off with with a mess of intrigue, revelations and secrets to unravel. By this time, the town's residents have become aware of the scandalous romance between George Bligh (Brett Climo), a wealthy widower, and a steely Jewish nurse, Sarah Adams (Marta Dusseldorp), newly arrived from Europe and eager to start a new life after the horrors she endured during the war. They are engaged and determined to make it work - despite the efforts of George's imperious mother, Elizabeth (Noni Hazelhurst), and his late wife's scheming sister, Regina Standish (Jenni Baird). George's two children have relationship stumbles of their own. Bligh son James (David Berry) attempts to stop his homosexual urges with the help of his patient, pregnant wife, Olivia (Arianwen Parkes-Lockwood) by volunteering himself for a torturous shock therapy treatment. Meanwhile, free-spirit daughter Anna (Abby Earl) continues trying to prove the genuineness of her love for humble grape farmer's son Gino Poletti (Aldo Mignone), while adjusting to the shocking reveal (late in the previous season) that her real mother is George's bohemian sister, Carolyn (Sara Wiseman). Lots of stuff happens, but the most surprising revelation might be the softening attitude of rigid Elizabeth, who comes to begrudgingly accept Sarah's presence at the estate.

As the previous season concluded, the Bligh family's reputation was being threatened by a local, hell-raising bigot who was blackmailing George for suppressing what he knew about James' fling with a hunky stable hand (the brother of one of Ash Park's domestics). When the blackmailer turns up dead, the dilemma of what to do next is left up to Sarah and Roy Briggs (Frankie J. Holden), the trusting rancher who boarded Sarah and became her friend. This part of the story was interestingly handled, with the Catholic Roy having a crisis of faith for what he did. It definitely fits in with the show's blanket theme of people adjusting to the rapidly changing times they're in.

This particular season of A Place to Call Home has its fair share of revelations - including a complication with Olivia's pregnancy, and a dirt-digging mission undertaken by Regina (to Elizabeth's growing discomfort) that sends a concerned Sarah back to France for a spell. Mostly it's meaty, low-key drama, however, with complex situations that call to mind the earlier, less histrionic Downton Abbey seasons. The George/Sarah/Elizabeth dynamic gets slightly less play in favor of good subplots such as Carolyn deciding to re-kindle a past relationship with Jack Duncan (Craig Hall), the substance-abusing doctor who carried a torch for Sarah in the first season. Another supporting character given an expanded role is Andrew Swanson (Matt Levett), the charming, manipulative Bligh family friend who was initially set up as a potential mate for Anna. In this season, he maneuvers himself into Olivia's confidence with potentially devastating results.

On a surface level, A Place Called Home can be enjoyed for its period details, marvelous costuming and lovely photography, but it's the solid writing and performing that kept me glued. The finale of this second season conveys a noteworthy feeling of closure, while leaving enough open ends to make viewers wonder what will become of these memorable characters. 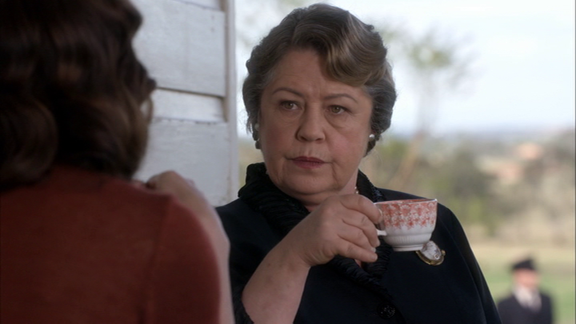 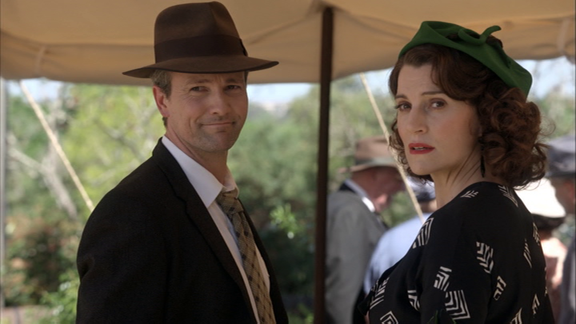 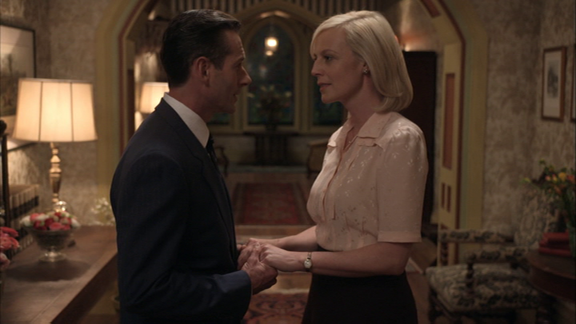 Acorn's DVD edition of A Place to Call Home: Season 2 apportions out ten 45-minute-long episodes onto three discs for a clean, professional image. The show is beautifully photographed in 16:9 widescreen, and that's reflected in this good quality transfer. A fairly rich amount of detail, soft lighting and naturalistic, vivid color are highlights of the visual presentation.

The audio quality is maintained in this second-season set. The episodes' English-language stereo soundtracks are pleasantly done, with pristine dialogue organically blended with sound effects, original scoring (probably the most Downton Abbey-esque aspect) and songs that are either authentic '50s tunes or evocatively done recreations. As with Season 1, optional English SDH subtitles are provided.

Perhaps to make up for this shorter season (10 episodes as opposed to Season 1's 13), these three discs all contain some fascinating background stuff on the production. Each episode has a corresponding Behind-the-Scenes featurette with the lead actors discussing plot points and how they approached the twists and turns in the story (these run about seven minutes apiece). Produced during the first season, a similar group of Character Profiles on Disc 3 has the main cast members chatting specifically about their roles (surprisingly, there's nothing from Bevan Lee or any of the crew). A two-minute featurette, From Young to Old, details the involved process of transforming actress Marta Dusseldorp into an elderly woman.

Fresh surprises abound in the second year of the juicy, 1950s-set Australian drama A Place to Call Home. It's a little too simplistic to assume that fans of Downton Abbey will delight in this series as well - in reality, this second year (like the first) is a worthwhile watch for anyone who loves a good, solid drama. Recommended. 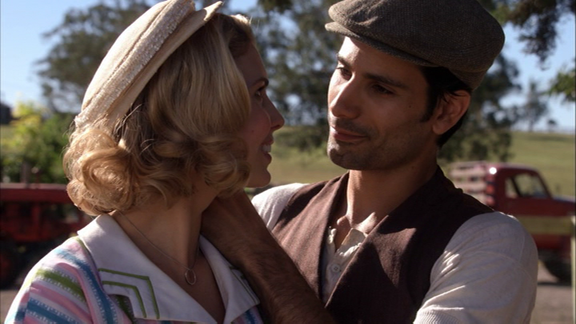 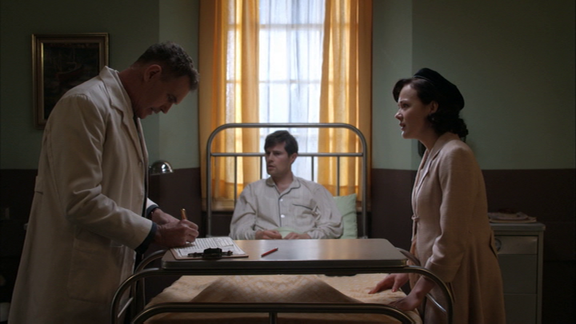