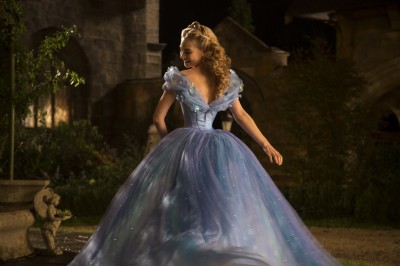 I'm on the fence about Disney creating live-action versions of their classic fairy tale films. Alice in Wonderland, Maleficent, & Cinderella were the first, but there are a whole bunch more coming. The Jungle Book, Pete's Dragon, & Beauty and the Beast are all lined up to be redone within the next few years, making a whole new genre of film; Disney Doing Disney. I, along with the majority who saw them, thought that both Alice in Wonderland & Maleficent were alright; nothing special but bravo for an offbeat attempt at the original story. But that was the problem; audiences who love Disney movies and who grew up watching these classic films aren't ready for them to be given a twisted edge. We want our fairy tales to be golden, sparkling, beautiful, and larger than life. So that's what Disney & Kenneth Branagh gave us, a perfectly lovely fantasy that gives us hope for the future of this strange endeavor.

Look no further for a re-telling of a childhood favorite, a storybook come to life. We meet a young girl named Ella who could not possibly be happier. She lives in a beautiful ancestral home on the outskirts of a kingdom ruled by a fair king. The house is old, large, homey, surrounded by animals, filled with love. Ella lives with her doting father, a merchant, and her gorgeous mother, a kind woman in every way. But sadness comes to us all someday, and for Ella is comes swiftly. Her mother dies, leaving her with sound advice; be brave, be kind, and good will follow. Ella lives up to her mother's wishes and becomes a wonderful young woman, holding to these values even when her father remarries, dies, and leaves her to live with a stepmother and stepsisters who do not love her. Ella gradually becomes no more than a servant, a soot-smeared girl in rags who refuses to give up and who always believes happiness with find her. 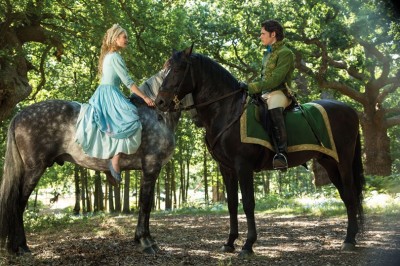 Going in, I was worried that the movie would either be too girly & flippant or too dark & Maleficent-like. It turned out to be neither of these things, but rather a film that seems to have risen off the pages of the ancient story and delighted audiences in every way they hoped that it would. To call it a fairy tale is exactly right; Cinderella was a visual representation of the beauty of the story. Perhaps it left out a bit of the darkness; the evil of the stepmother, the cruelty of the sisters, the revenge Cinderella gets in the end. But audiences will thank filmmakers for that, not curse them. We don't want another dark version of a classic, we've had enough of those already. We wanted beauty in every scene, magic floating in the air, hope around all corners, and that's exactly what was given to us. Were I a small girl, I think this film would have been my vision of a Disney princess come alive right before my eyes.

The beginning of the film was sad of course, what with all the dying and the being left to live with mean people. But the movie captured the happy feeling of the story and actually stuck to the positive message; be brave, be kind, and good will follow. Hard to find fault there, and the film was lovingly crafted in a way that made it seem, at least for 90 minutes, that the world could be so simple. Credit to Lily James, who is basically an amateur apart from a role on Downton Abbey. She was perfect for the part, never silly, and seemed to embrace the role model mantle. Cate Blanchett & Stellan Skarsgard, the villains, were both solid, evil but not too evil. The Prince was only fine, and I actually really disliked Helena Bonham Carter as the fairy godmother. All her scenes were over-the-top, while the rest of the film was more grounded, and I blamed her for not forcing the fantasy to seem more realistic. Overall though, Cinderella was better that I expected, leaves audiences with a feel-good vibe, can be enjoyed by children or adults, and hopefully provides a blueprint for the live-action Disney films of the future. 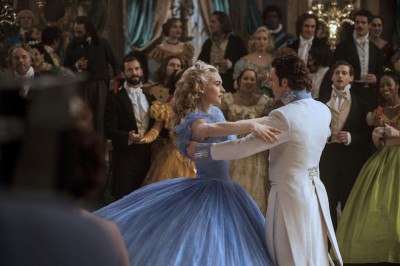