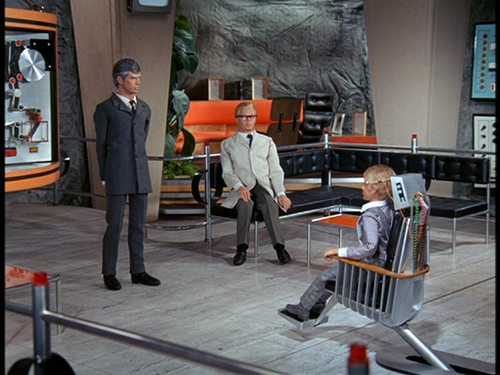 The "Supermarionation" kiddie adventure series Joe 90 calls to mind long-ago afternoons coming home from school, tossing the backpack aside, and settling in for some tee vee - often with a box of Cheez-Its and a full glass of green Kool Aid. Newly re-released on DVD as part of Timeless Media's Gerry Anderson Collection, this kitschy series about a brainpower-enhanced kid running dangerous spy missions still carries a potent sugar rush - even for those who weren't around during its original run in the late '60s.

Although Joe 90 counts as one of the lesser lights from Gerry and Sylvia Anderson's cycle of British marionettes-and-cool-vehicles television efforts, this particular one stands out merely for the fact that its hero was a 9 year-old boy (the same age as the show's target audience). Young Joe McClaine is no ordinary boy, however - he's a pint-sized agent for the World Intelligence Network (W.I.N.), able to routinely embark on dangerous missions thanks to the super-intelligent knowledge transference program developed by Joe's brainy scientist adoptive father, Professor Ian McClaine. As the result of being the guinea pig in Dad's experiments, all it takes for Joe to have expert knowledge in any field is a brief sitting in a spinning gyroscope machine called the BIG RAT (Brain Impulse Galvanoscope Record And Transfer). With the aid of Ian's associate, "Uncle" Sam Loover, father and son go on intelligence missions that range from protecting a concert pianist from Russian spies to recovering nuclear devices from an Air Force jet downed in the Arctic circle. Every single mission puts Joe in a life-threatening situation. Surely as Barry Gray's groovy surf-instrumental theme music plays out the closing credits, however, Joe and the rest of the W.I.N. team will have had everything all sewn up.

As with the Andersons' other Supermarionation series, Joe 90 casts a mesmerizing spell. Sure, the stories are pretty much interchangeable and as stiffly staged as the puppets themselves, but the way it creates a stylish '60s-mod-spy world from wood, paint and plastic continues to amaze. Joe 90 continues with the smaller-headed, more human-proportioned puppets introduced in the Andersons' previous series, Captain Scarlet. These puppets aren't quite as expressive, their lack of movement covered up with close-up inserts of real actors handling life-sized props (which intensifies the uncanny valley-ness of it all). Unlike Thunderbirds and the Andersons' other earlier shows, Joe 90 makes an effort to avoid looking too puppetty. The humor is a little more subdued (you'll hear none of pun-based groaners frequently used on Thunderbirds), and even the fantastic plots that made Captain Scarlet such a trip have been tweaked here to be slightly more realistic. In each episode, Joe gets into hair-raising situations involving lethal weapons, explosives, missiles and other weaponry (pretty surprising, even for a '60s time-trip of a show like this), but he always returns to the cozy traditional English cottage he shares with Ian and frequent visitor Uncle Sam. If that arrangement sounds kind of gay - yeah, it is.

As with most of the other Supermarionation series, Joe 90's stiff characters and forgettable plots get redeemed with fantastically rendered settings, cool vehicles, and gadgets that would make any wannabe W.I.N. agent drool. Once the viewer gets over the fact that Joe is cruelly being used by dear old Dad to further his own weird experiments, it's a cool, uninhibited premise that takes the kiddie-spy concept by the reins and runs with it. The designers did well with fashioning impressive set pieces - starting with the BIG RAT apparatus with its huge spinning rings, mechanized computer panel (outfitted with blinking lights and spools of magnetic tape), and trippy psychedelic light display. When Ian isn't piloting Joe around in his green buggy that transforms into a hovercraft, they're off in exotic locales that require all sorts of gleaming, tiny-sized mid-century modern structures. Joe's missions are carried out with the help of a tiny briefcase containing his i.d. badge, a walkie-talkie, a child-sized handgun (!), and the specially modified eyeglasses (an inspiration for Google Glass?) required for him to think like the grown-ups he's shadowing. With stuff like that, who wouldn't want to be Joe?

Trivia: although Joe 90 appears to have been set in a stylized Great Britain of 1968-69, the episode The Unorthodox Shepherd reveals the stories as taking place in the year 2013. 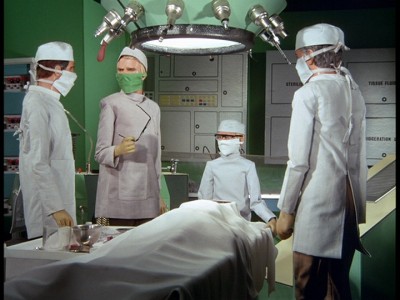 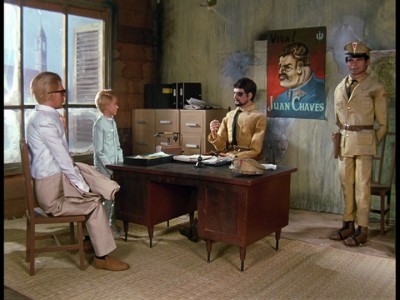 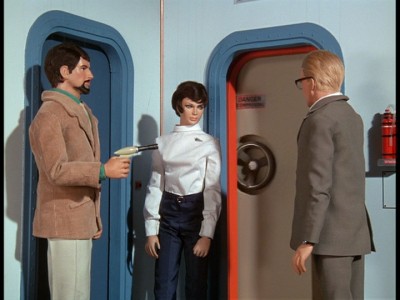 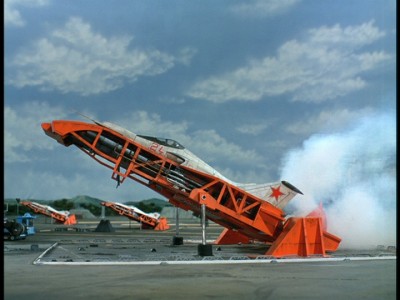 Timeless Media and Shout Factory's Gerry Anderson Collection edition of Joe 90 comes as a streamlined 4-DVD package housed in a single-width hinged clear plastic case, replacing A&E's bulky out-of-print set from 2003. The label interior is printed with an episode list for each disc (since I'm assuming they aired on different dates across the U.K. and the U.S., airdates are not included).

The video and audio on these episodes is pretty much a retread of the A&E set, which was nicely done to begin with. The film stock is mastered in a bright, pleasant way that brings out the saturated colors. There are some issues with the 4:3 picture being too sharpened, and I noticed a few scenes where patterns and textures moved differently whenever the camera zoomed or panned. Mostly, however, it's a sharp-looking image in tune with the wowie-zowie visuals.

The Dolby 2.0 stereo mixes serve Barry Gray's musical scoring well, although the dialogue still has a slight fuzz. No subtitle options are provided.

Held over from the A&E set are informative Audio Commentaries on two episodes from series director Ken Turner and production designer Mike Trim. Shout has also included a never-before-seen Interview with Gerry Anderson on disc 4. While Anderson doesn't discuss Joe 90 during the 10-minute chat, it does have a few interesting insights on the earliest Supermarionation shows like Four Feather Falls (a programme your reviewer would plotz over if it ever saw a U.S. DVD release!).

Watching Joe 90, it's easy to see why '60s kids were enthralled by the slicked-up adventures of a boy spy who vanquished enemies with a host of cool props and vehicles. Since this particular show is more subdued than stuff like Thunderbirds and Captain Scarlet, it's probably not the best choice for the Supermarionation novice. For everyone else, however, Timeless Media's groovy Complete Series set is the way to go-go. Recommended. 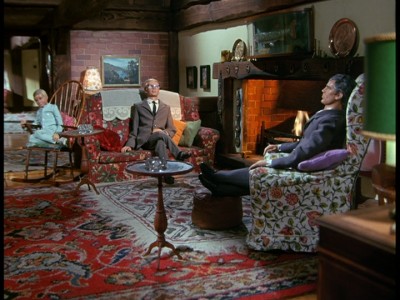 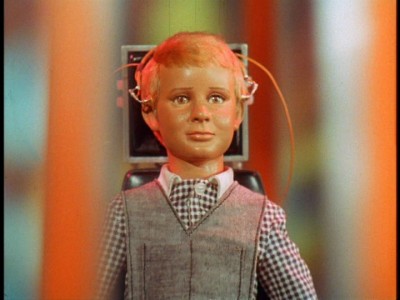 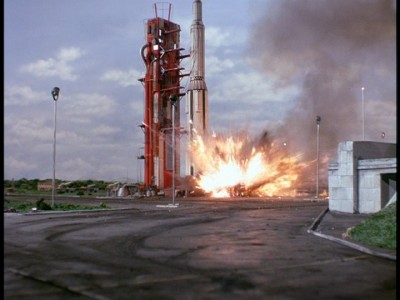 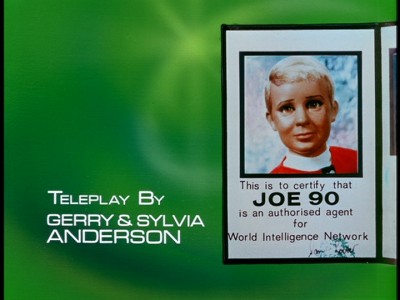