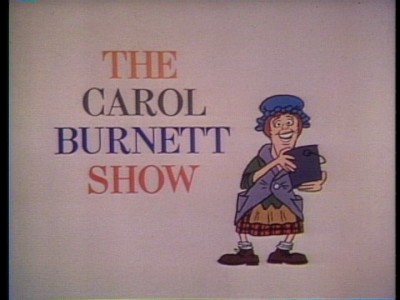 
The Story So Far...
The Carol Burnett Show was a TV institution, running for 11 seasons in CBS in the late ‘60s and through most of the ‘70s. Featuring a small ensemble, led by Burnett, the comedy show featured sketches, musical numbers and what were essentially one-act plays, featuring a cast of regular characters and parodies of popular movies and TV shows. There have been a number of collections released on DVD over the years, and DVDTalk has reviews of several of them.

The Show
For a kid growing up in the ‘80s, a cable subscription brought with it a fantastic selection of pop culture. Sure, there weren't hundreds of channels (36 was the max most of the time) and there was certainly nothing like Netflix, but between the classic sitcoms airing all over the dial and the wealth of old syndicated series on channels like Nickelodeon and USA Network, you could watch plenty of great TV from across the history of the medium. As a result, in the span of a few hours you could watch great shows like Laugh-In, Growing Pains and The Twilight Zone. For a fan, such an education in television was fantastic, and it built a true appreciation for the classics.

Though The Carol Burnett Show was not a major part of my viewing schedule, it definitely was an influence, mainly as I moved on to the great Harvey Korman's work in Mel Brooks' films and the spin-off series Mama's Family, which I frequently watched, honestly unaware of its origins on Burnett's variety show. Though not a devotee of her show, I was well aware of Burnett, a classic funny-lady, whose range of talent is impossible to deny. Capable of laugh-out-loud comedy, tremendous pathos and incredible singing, she could do it all, and often did in the span of a single episode of her show. You can see the qualities that made her one of the greats in the comediennes she's influenced, with her wit and willingness to play it silly, confident that she has the skills to back up her self-effacing style. 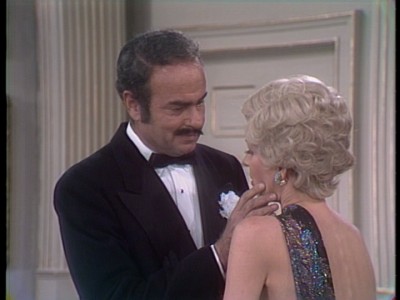 The three 51-minute episodes in this collection are a seemingly random sample, with two episodes from the seventh season and one from the final season. There's no obvious connection between them, so it's just a bit of everything. It does include some of the series' signature bits, including an entry from the "The Family," which eventually gave birth to Mama's Family, with Burnett playing the excitable daughter Eunice and Vicki Lawrence as the older Mama (a reversal of their actual ages); and a sketch with Burnett's famous charwoman character, who shares a lovely, wordless, nostalgic scene with Charlie Chaplin (as played by another screen legend, Gloria Swanson.) Thankfully, the collection doesn't go to the well too often in that regard, as you get to see a good range of characters and ideas from the cast, which also included Lyle Waggoner and, for these episodes, guest stars like Richard Crenna, Roddy McDowell and Ken Berry.

While the comedy is a big part of the show, with very funny bits like a game-show called "Celebrities and Peasants," which let both Burnett and guest star Ruth Buzzi cut loose, or "The Old Folks," a wordplay-heavy conversation between an elderly couple played by Burnett and Korman, the show was just as invested in musical numbers, with several Broadway-worthy song and dance segments, powered by Burnett's excellent voice. These aren't really funny, but they tend to be at least interesting to watch. Some of the non-musical segments, like "Raised to be Rotten" or "High Hat" run a bit long, they are peppered with funny moments, like Tim Conway's silly desk clerk in "High Hat." Impressively, nothing in these episodes suffers from being dated due to topicality, other than the overall feel of a variety show. 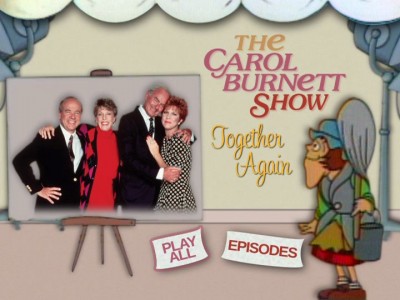 The DVD
Packaged in a standard-width keepcase, this DVD features a static, full-frame menu, with options to play all the episodes or select shows. There are no audio options, nor are there subtitles.

The Quality
The full-frame transfers on these episodes look as old as the episodes are, with a somewhat soft image and harsh color, the hallmarks of 1970s broadcast video. While some sketches are a bit worse off than others ("Pool Fools" on the third episode suffers from dreadful pixelation early on thanks to attempts at on-screen graphics) most of it is in good shape allowing for the age, suffering only from the limitations of the era in which it was created (like the Charlie Chaplin homage in the first episode, where a film projected on a screen was recorded, rather than cutting to the film, resulting in a very light, somewhat hard-to-watch picture.) No digital problems seem to have been introduced here.

The episodes are presented with mono tracks, which do a nice job of handling the dialogue and frequently-present music, making for an easily intelligible experience (with some minor background hiss [again, a result of its age.])

The Extras
The only extra to be had is the informative little four-page pamphlet that comes with the DVD, which includes info on each of the episodes. 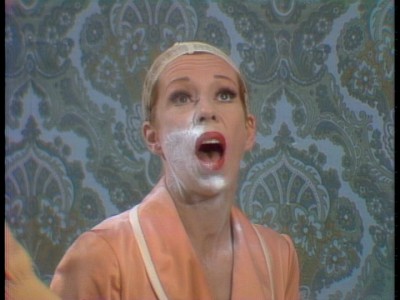 The Bottom Line
Shows like The Carol Burnett Show no longer exist (outside of the rare Maya Rudolph special), a reality of the granularity of pop culture in our era, where a multitude of viewing options have made populist entertainment less valuable than niche-satisfying content. Fortunately, we can go back, via discs like this, and enjoy the talent of performers like Burnett, Lawrence, Korman and Conway. With fine quality and no real extras to speak of, this one is for the casual Carol fan, who just wants to have a few episodes in their collection to turn to once in a while. There are other, more extensive sets with more memorable episodes out there for big fans.