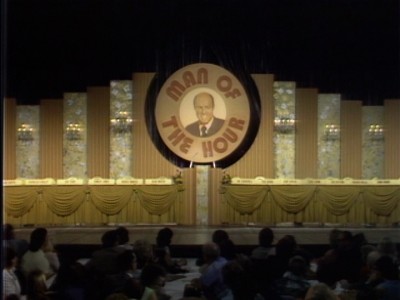 
The Show
Comedy Central has tried to bring the celebrity roast back to prominence, but the problem is they apparently didn't watch them when they originally worked. Under Dean Martin's command as host, the celebrity roast mixed comics and celebrities in the name of making fun of a beloved famous person (and each other.) But look at who Comedy Central has put in the crosshairs: David Hasselhoff, Chevy Chase, Flavor Flav, Justin Bieber. While the barbs were plentiful with targets like these, that fun collegial feel was absent, because no one really likes these people.

Compare that with the three roasts on this DVD, which celebrate Joe Garagiola, Hank Aaron and Evel Knievel. Though the disc's theme falls apart quickly (with two ballplayers and then a stuntman) the episodes are consistent in feel, as there's a sense that the people on the dais genuinely like each other and the jokes are pointed yet good-natured, allowing for plenty of laughs. Part of it is Martin's easy-going style, but the roasters and the roasters are the reason everyone's having a good time. 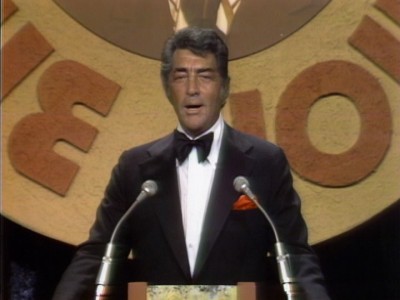 Presented in reverse chronological order, the specials show Martin in fine form as the master of ceremonies, kicking things off with a few jokes before handing off to his dais-mates, who pepper the honoree with jokes and light compliments, before he takes the mic to return fire to the best of his abilities (with Garagiola, an announcer, naturally faring best, while Aaron makes his remarks very brief.) The comics, including Gabe Kaplan, Jack Carter, Nipsey Russell, Norm Crosby, Foster Brooks, Don Rickles and Milton Berle hit the best, as expected, but some of the athletes and other participants, like a funny Georgia Engels, get in licks as well (though others are brief or even unheard-from, with Glen Campbell saying little more than his own name in a very odd appearance.) One of the more interesting elements is the presence of Ruth Buzzi, Charlie Callas, Audrey Meadows and others as characters rather than as themselves, having some fun with the idea, as Buzzi does her famous purse-swinger bit, getting in shots on Martin.

Though there are plenty of truly funny bits (and surprisingly few that have dated-out hard) there are some truly unfunny ones as well, with Senator Barry Goldwater falling rather flat and Orson Welles offering a poem so out-of-tune with the rest of the show that you'd assume it was his own little private joke. However, with the rapid-fire pace of the roasters, nothing gets to hang there for too long (with the exception of Brooks' hilarious drunkard routine.) What's hard to miss are the far less politically correct jokes, which StarVista thankfully hasn't removed, noting that it was a different time. It's amazing now to hear people make jokes about Italians and Polish people, but it's rather stunning to hear one comic make a watermelon joke to Aaron, only to have Rickles follow it up with his jive impersonation. Better to know the past than to pretend it never happened. 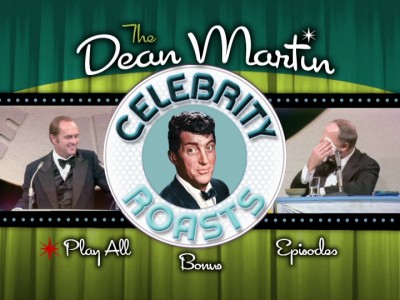 The DVD
The three episodes in this set are on one DVD, which comes in a standard keepcase. The disc has a static full-frame offering a play-all option, a choice of episodes and access to the extras. There are no audio options, no subtitles and no closed captioning.

The Quality
The full-frame transfer look their age for an early ‘70s TV series shot on video, with color that is a tad dull, a somewhat soft overall picture and a decent level of fine detail. Oddly, the oldest episode looks the best, though it seems like that is due to the change in venues, as the show moved into a less controlled setting, lighting-wise. There doesn't seem to be any issues introduced in the compression.

The audio is presented via Dolby Digital 2.0 tracks, and it's fine for what it is. The mix is standard, offering center-balanced sound, and the speakers are easily understood, though the crowd is sometimes much louder than then the roasters. Distortion is not an issue.

The Extras
After checking out StarVista's best-of DVD of Carol Burnett's series, it was a surprise to see this disc arrive with a decent spread of extras, starting with three interviews. Shirley Jones (7:31) is up first, as she talks about Garagiola, her experience at roasts and some of the comedians she's admired. That's followed by the longest extra, a 19:10 chat with roaster Norm Crosby, who covers a wide variety of information about the making of the show, including how he prepared for a roast, the writing that was done for the participants and some of the more famous celebs, like Sammy Davis Jr. Though Crosby offers a lot, Grizzly Adams star Dan Haggerty (8:49) offers the best items in his candid interview, talking about rumors and co-stars, including Rickles, Berle, Betty White and Lucille Ball, while also providing a great story about the Hollywood Walk of Fame.

Also included on this disc are a pair of sketches from The Dean Martin Show (6:06), from the same night as one of the roasts. "The Bar #17", which pairs Martin with fellow Rat Packer Joey Bishop in a game of imaginary poker, is a great example of space work, and shows the friendship between the two performers, when a bit of improv from Bishop makes Martin crack-up with laughter. The other, "The Patient," which also features Bishop, is a bit more gimmicky, built around a story about Frank Sinatra, but it's amusing anyway, mainly for Martin's dazed delivery. 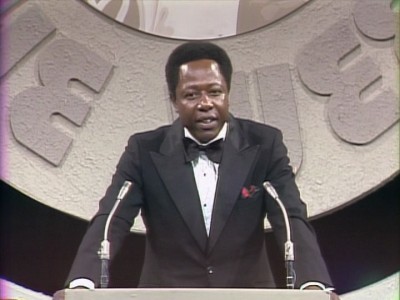 The Bottom Line
There are elements of these roasts that haven't aged well, like, say, the obviously racist stuff, but it's fun to watch these celebs cut loose and have fun, and fascinating to look back at a very different time. The disc looks and sound quite nice and includes a decent amount of extras, making it well worth picking up for the casual fan who doesn't want to shell out the money for on the larger roast sets.