There's been many times when Japanese titles translated literally into English don't make quite as much sense as they likely did in their original language, and the "Stray Cat Rock" movie series (also sometimes known as Alleycat Rock) is no exception- the proper Japanese name is pronounced Nora-neko Rokku and not knowing the language myself I can't translate it any better. This was a series of five movies released in Japan (most rarely seen in the US until now) during 1970 and 1971, all dealing with "street culture" and sharing cast and crew although each stands alone with its own storyline and characters. 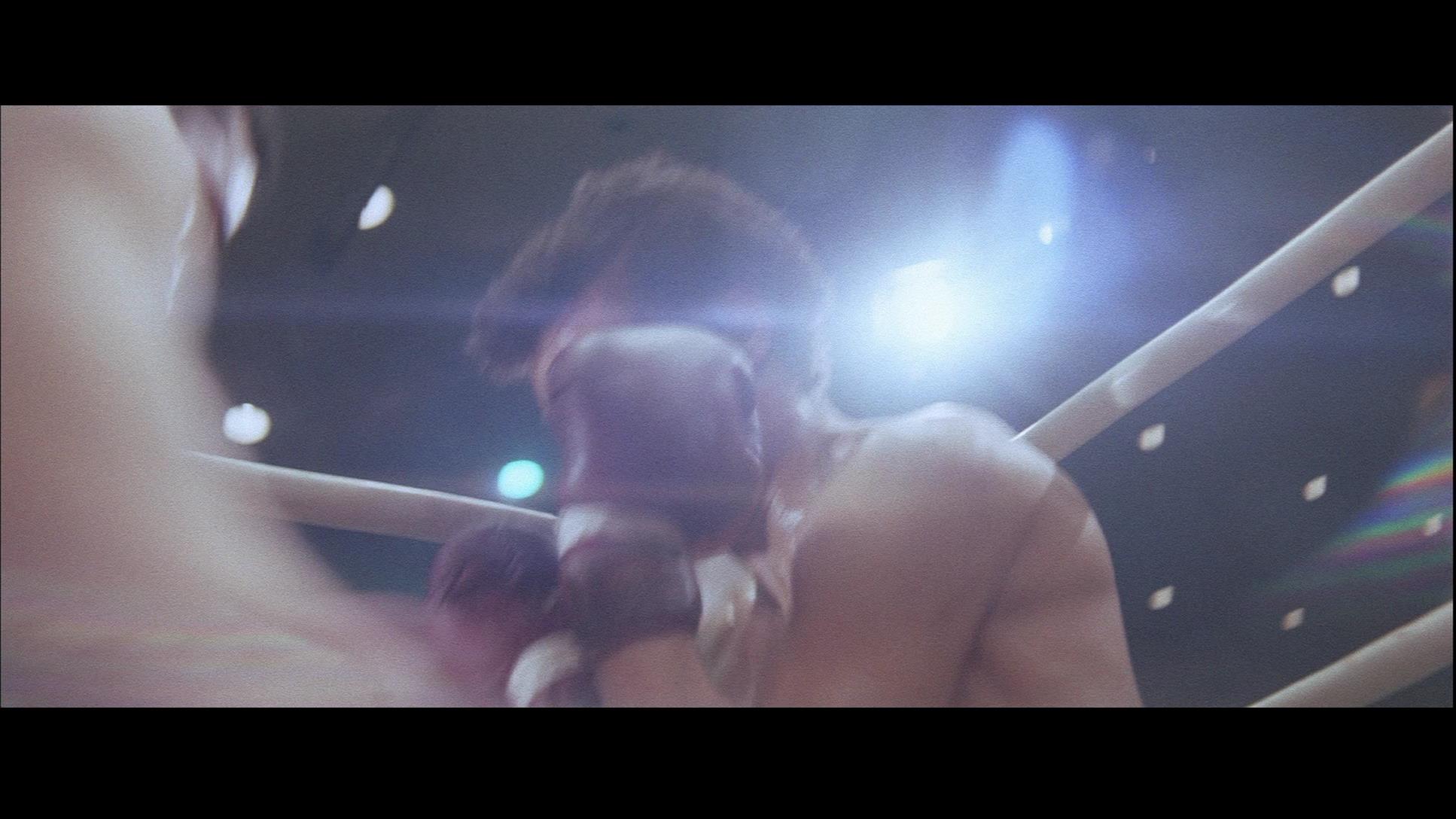 The first movie in the series, titled Delinquent Girl Boss in English, deals with a female gang in Tokyo led by Mei (Meiko Kaji), whose boyfriend Michio (Koji Wada) aspires to become a member of a more elite group with connections to the government. He finds a way in through his boxer friend Kelly (Ken Sanders), who agrees to intentionally lose in an upcoming match which will result in a big payout. This ends up not quite working out as planned though, so Mei's gang must try to help Michio escape the hoods who go after them after losing their fortune. 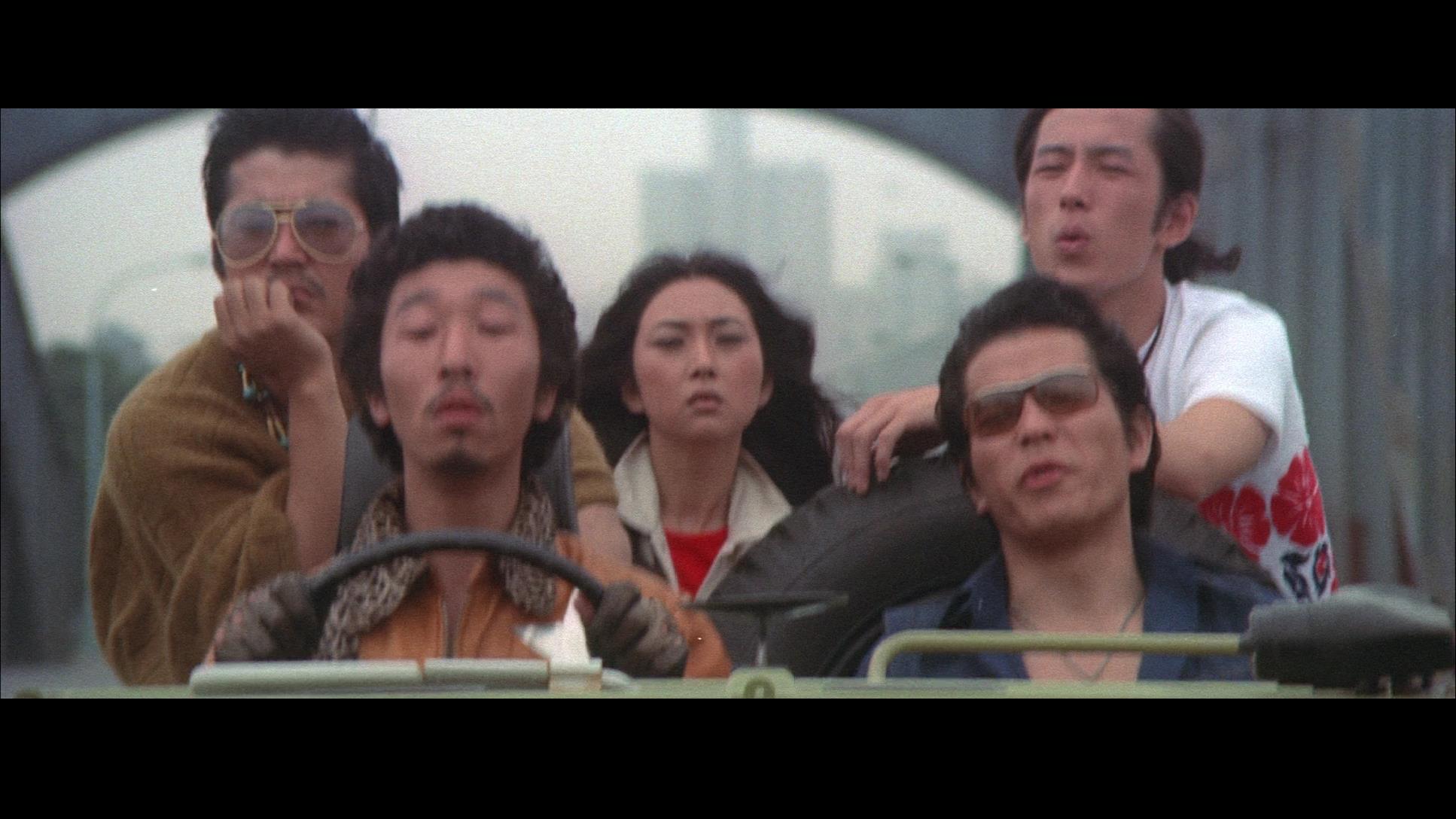 Wild Jumbo (a title I'm sure makes more sense in its native Japanese) features the Pelican Club, who cruise around in a roofless Suzuki Jimny off-roader. Debo (Soichiro Maeno), one the members, is a bit obsessed with guns and can't help but kiss and fondle any he gets his hands on. He scores really big when he digs up a stash of World War II era gear, including a huge machine gun. After a rival gang trashes their hangout (even their stereo system gets smashed, which is painful to watch), they acquire a tent trailer and head out of town, landing by a beach where they camp out for a few days pretending to be members of the religious Seikyo Youth Society. As Debo has brought his gun treasures along, they come up with a plan to heist a few million yen from a fundraiser that organization holds nearby. This one is certainly more "goofy" than the other entries, mostly from Maeono's performance. 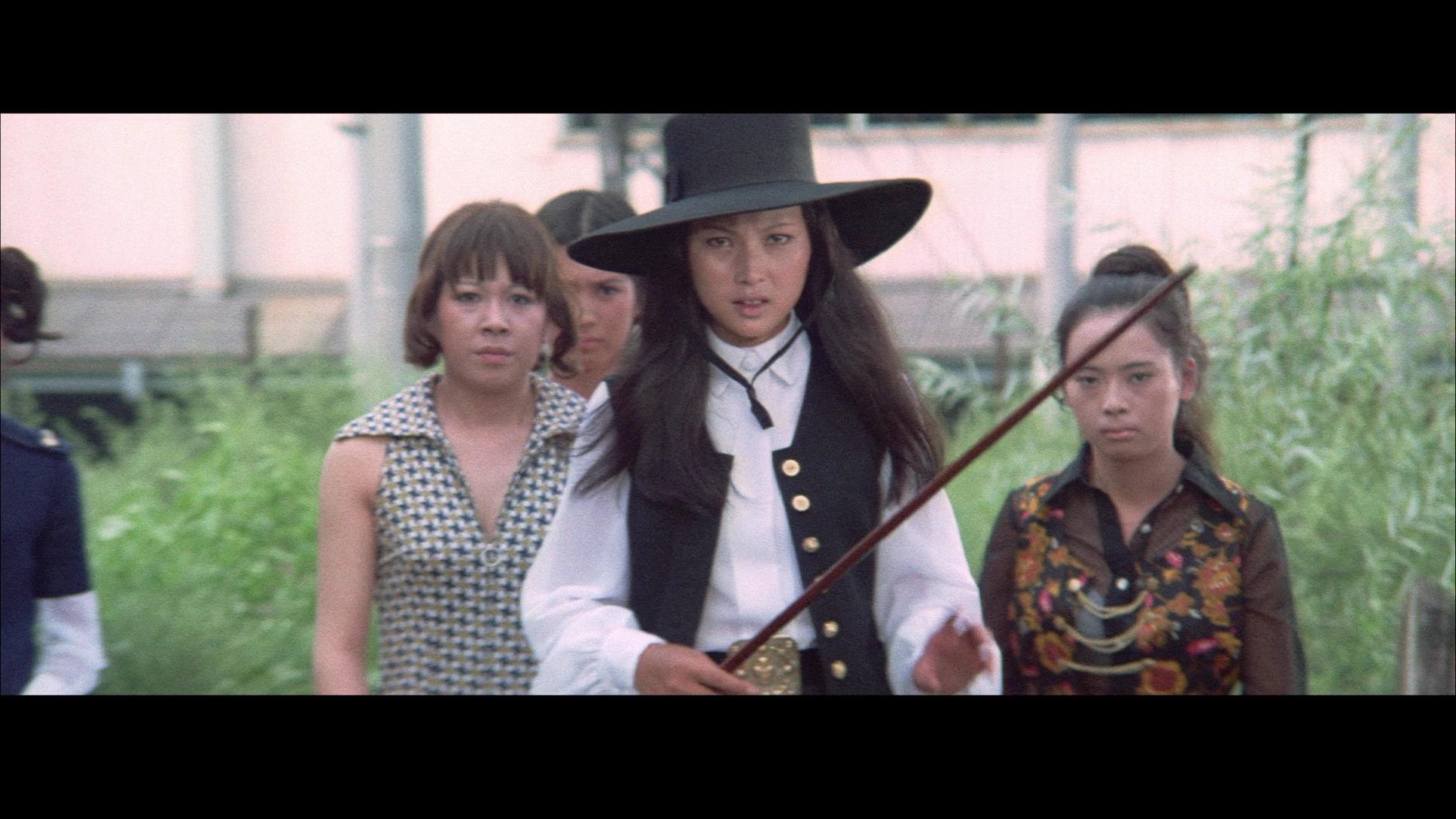 There isn't much sex in Sex Hunter (which was filmed at the same time as the previous entry), but Meiko Kaji returns this time playing Mako, "The Female Boss." She meets Kazuma (Rikiya Yasuoka) who is searching for his long-lost sister and decides to help him. Meanwhile the current man in her life, Baron (Tatsuya Fuji) is leader of the Eagles gang whose mission is to "protect the women" by driving all the "half-breeds" out of town (explained in a flashback where Baron watched his sister being raped by a man of mixed race years ago). It turns out that Kazuma is of mixed race so Mako finds herself also protecting him from the Eagles. (This is the only film of the series that has been released previously in the US on DVD.) 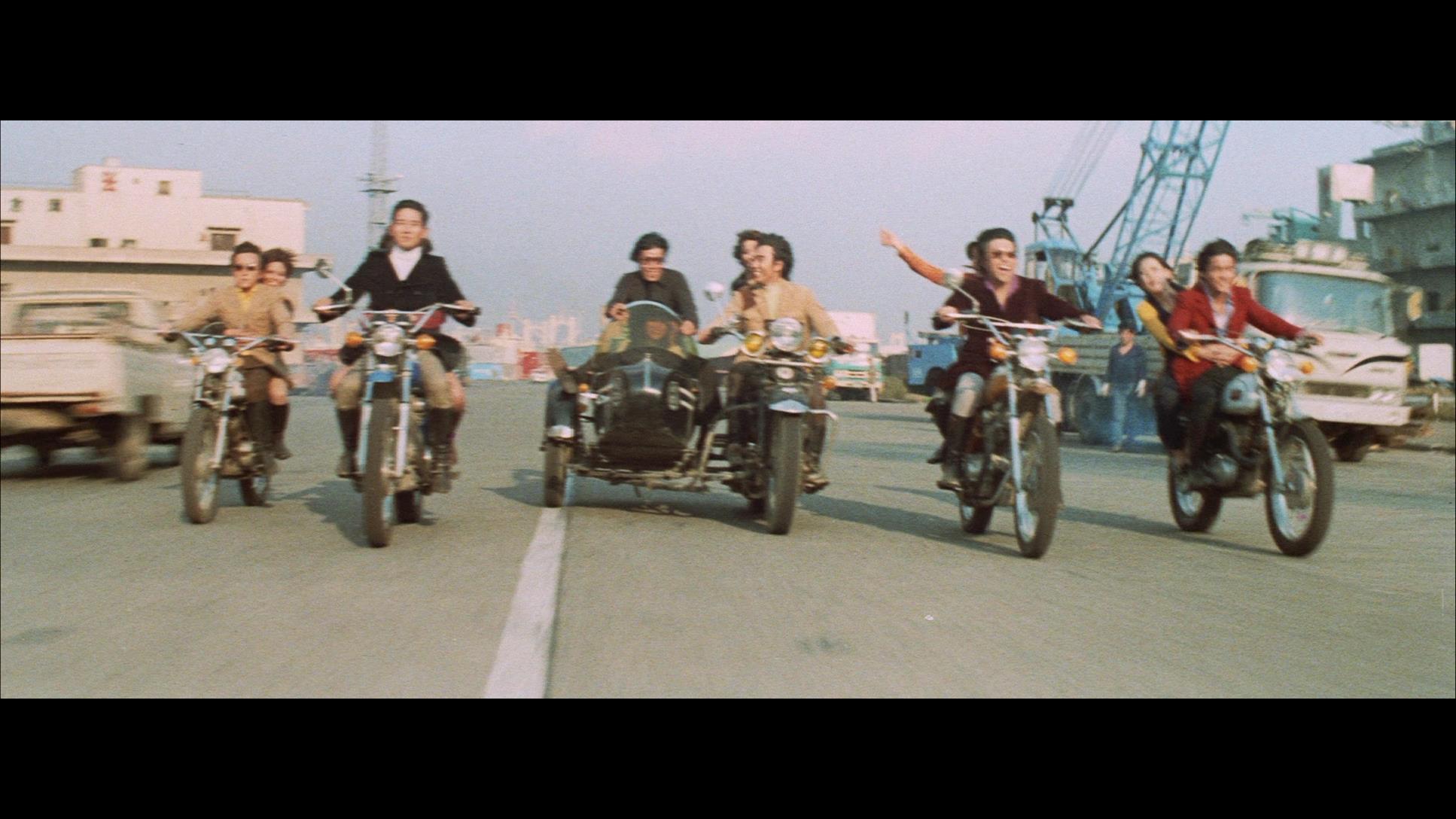 Machine Animal takes place in Yokohama and involves a group of three men who are trying to charter a boat to Sweden in order to help their friend Charlie (Toshiya Yamano) escape being sent by the military into Vietnam. A girl gang led by Maya (Meiko Kaji again) at first swipes their drugs and trashes their car, but then apologize and let them hide out at an abandoned yacht club. A group of male bikers called the Dragon Gang doesn't like these "rednecks" who've come into town and try to chase them out and grab the drugs for their own financial gain, so Maya's gang helps fight back. 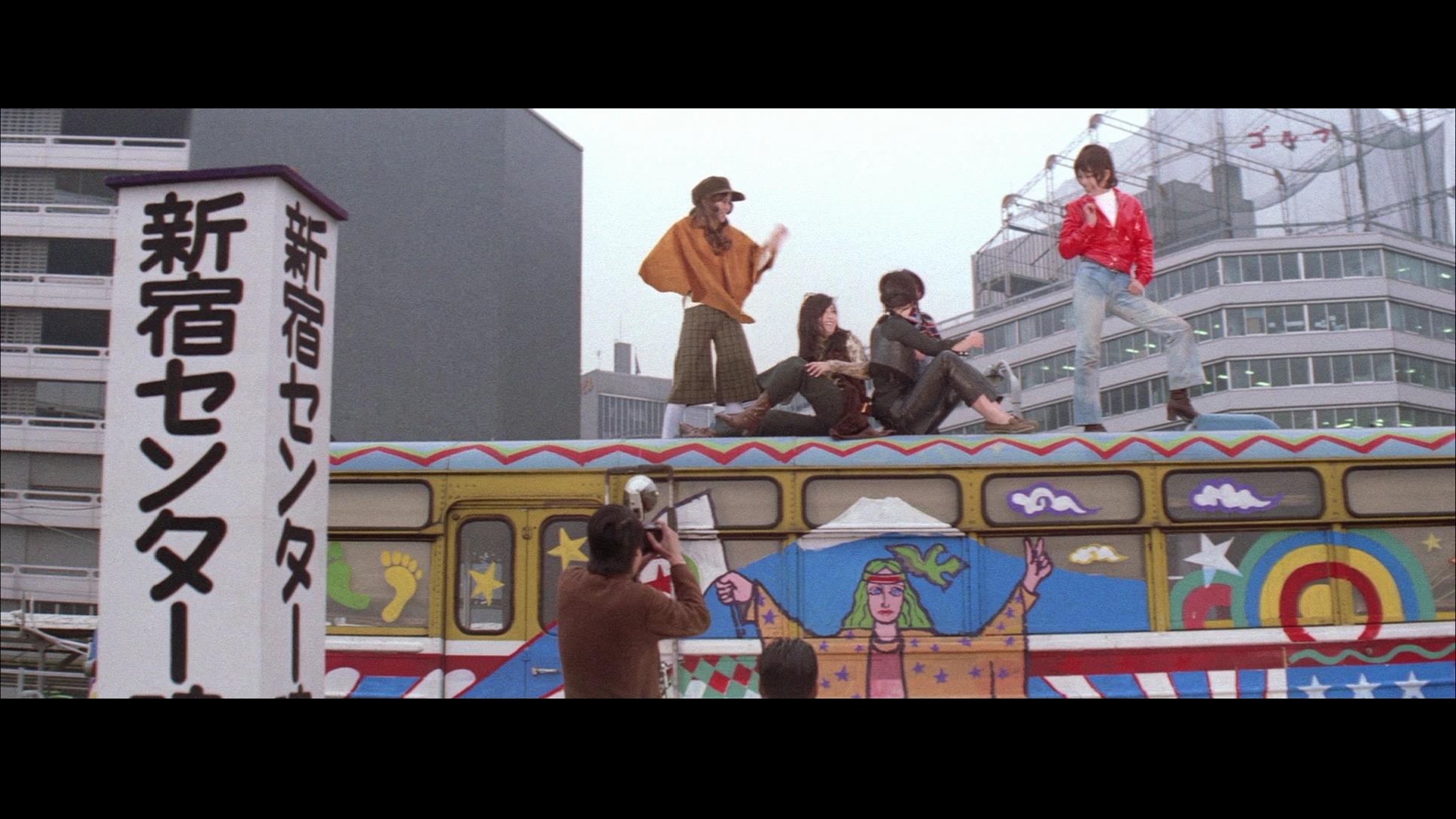 Finally Beat ‘71 (or Crazy Rider '71; it's always fun when you include the current year in a movie title) follows a group of hippies who live in a colorful bus. One of their members Takaaki (Takeo Chii) is the son of the esteemed mayor of a nearby town and was expected to follow in his footsteps, but he fled to live a freer life with the group and went by the name Ryumei. He commits a murder but his girlfriend Furiko (Meiko Kaji) covers for him and goes to prison. She later escapes and comes back to the group but her boyfriend has left, returned to his father and proper name deciding to live a "reformed" life. Furiko isn't quite aware of his new life choice and wants to get back together with him, so the whole group treks out on bicycles (one built for five people) to surprise him. Takaaki isn't so happy to see her however and his father fears her presence will cost him the upcoming election, so they lock her up in a cell and plan to "get rid of her." 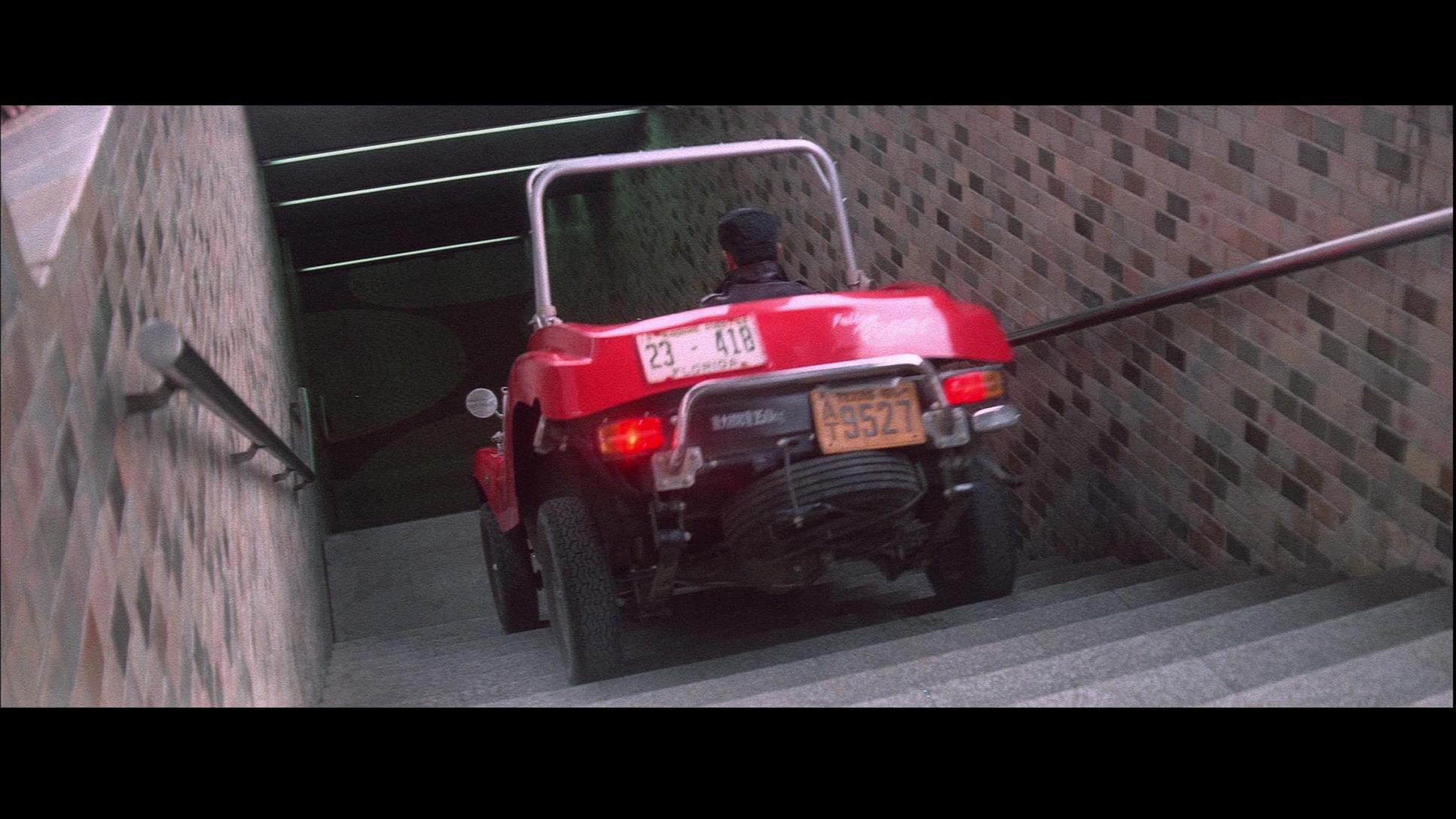 These movies are certainly products of their time, borrowing a bit from American "exploitation" fare of the same era but not going as over the top (there's plenty of violence for sure, but not very graphic). The obvious common theme is strong women with weak and sometimes inept male characters. All include interesting psychedelic visual elements such as split-screens and fast cuts, and have great jazzy music scores. Some have called the acting in these "campy" but not knowing the Japanese language it's a bit tough for me to comment on that area. While obviously shot on a low budget, there are a number of spectacular action scenes including a motorcycle-dune buggy chase through an underground mall (shot guerilla-style with no prior permits) as well as explosions. Typical of films of this era, there are several scenes at clubs with interspersed shots of rock bands playing. (Beat '71 also has a rather nonsensical but hilarious scene where a rock group in the back of a truck suddenly pulls up, plays a complete song and then leaves, after which one character asks "Who were they?" to which the other replies "No idea!") Japanese filmmakers at this time were starting to break their traditional movie conventions (such as the "good guys" always winning) and there are a number of surprising plot twists and at least one ending that you likely won't see coming. Of course the cityscapes of the era are fun to look at too, especially if you've never been to Japan. 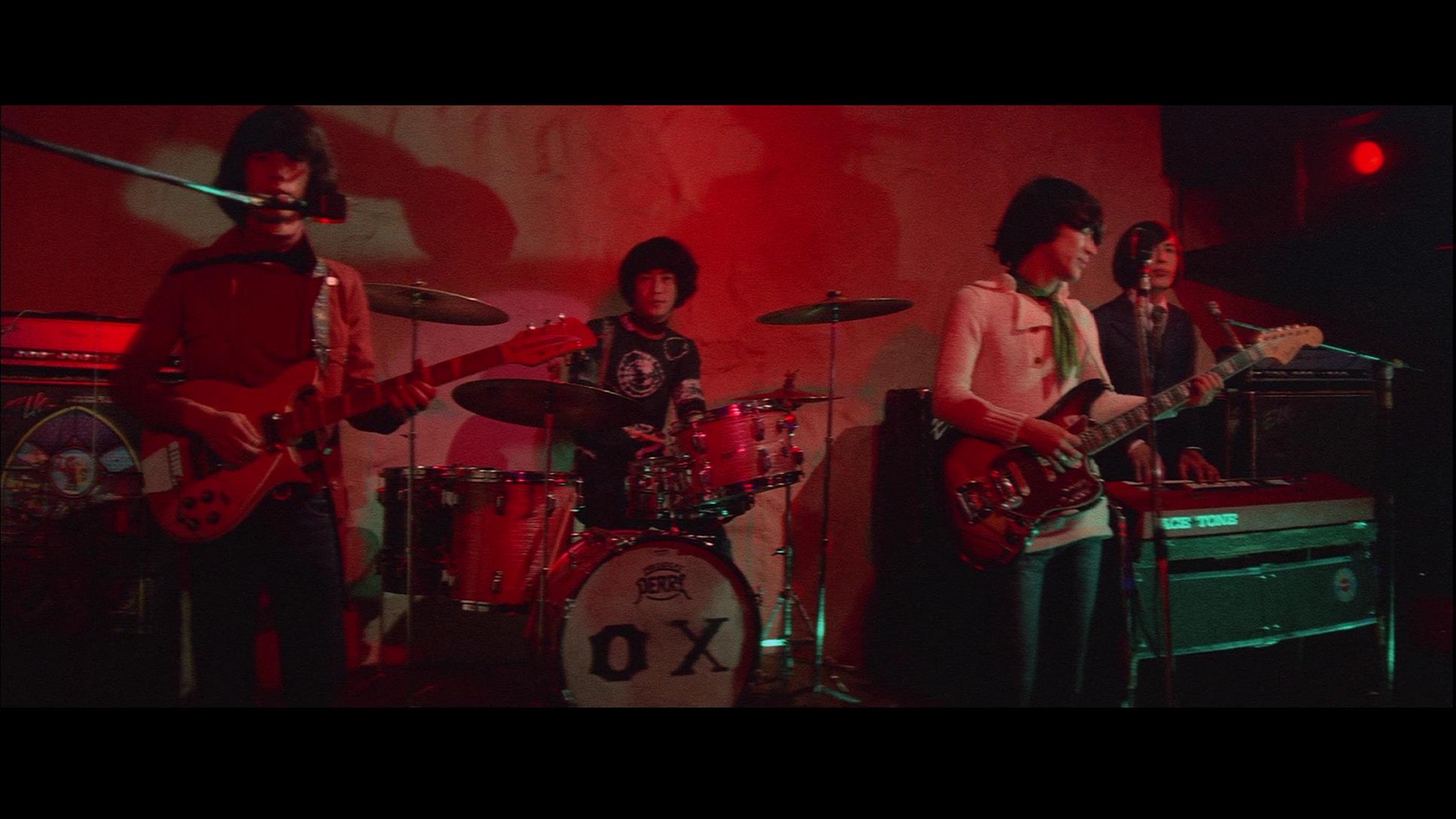 As the discs I received for this review were "check discs" and not the final product that will appear on store shelves, I cannot comment extensively on the technical quality but the film transfers are very good. Since all dialogue is in Japanese, the English subtitles are very helpful but can be turned off if you do know the language or just want to see an unobstructed picture. 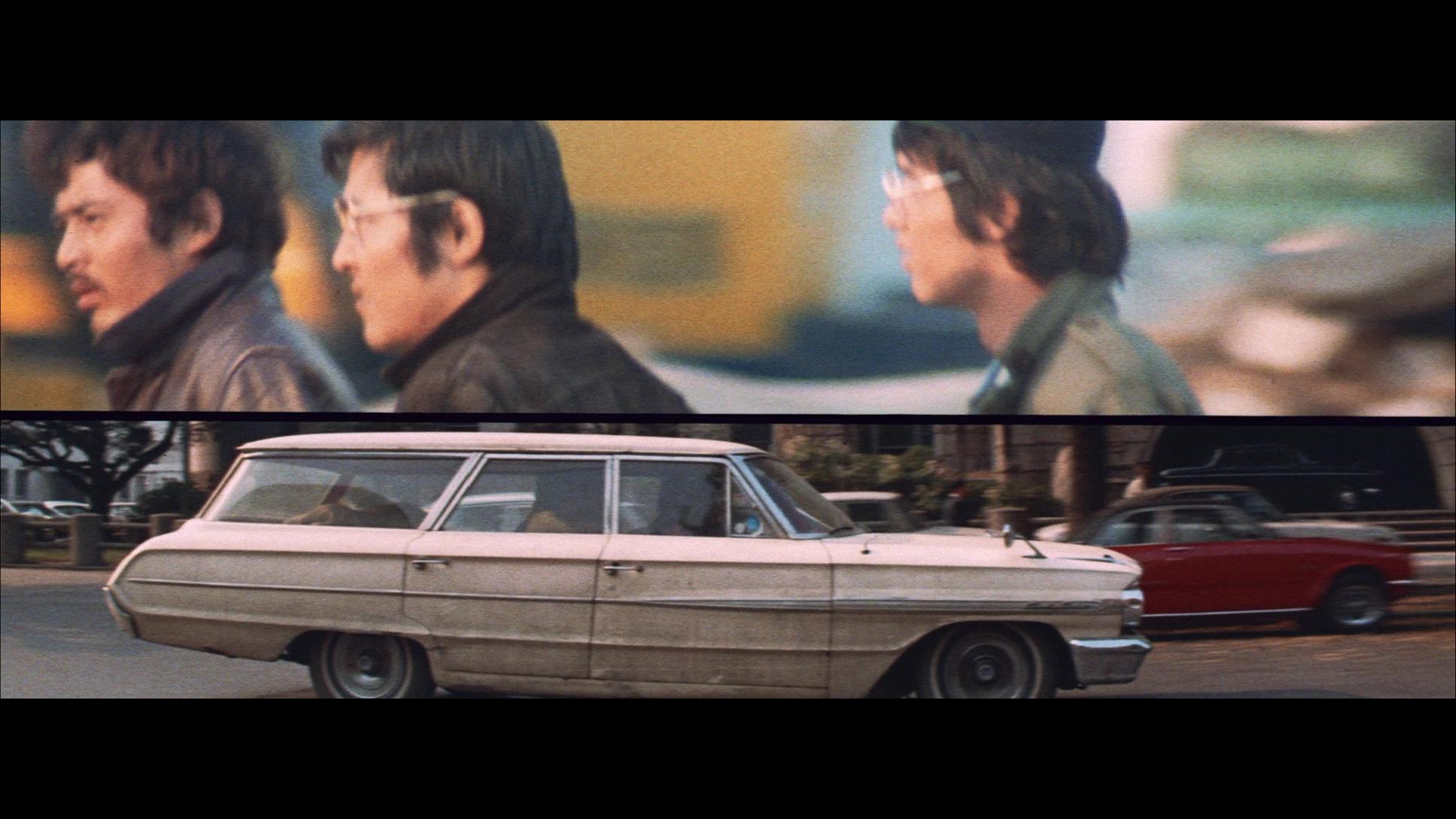 Trailers for all movies except Delinquent Girl Boss are included, as well as extensive interviews (each running about 30 minutes) with director Yasuharu Hasebe and actors Tatsuya Fuji and Yoshio Harada. The retail sets also include a booklet with additional notes. 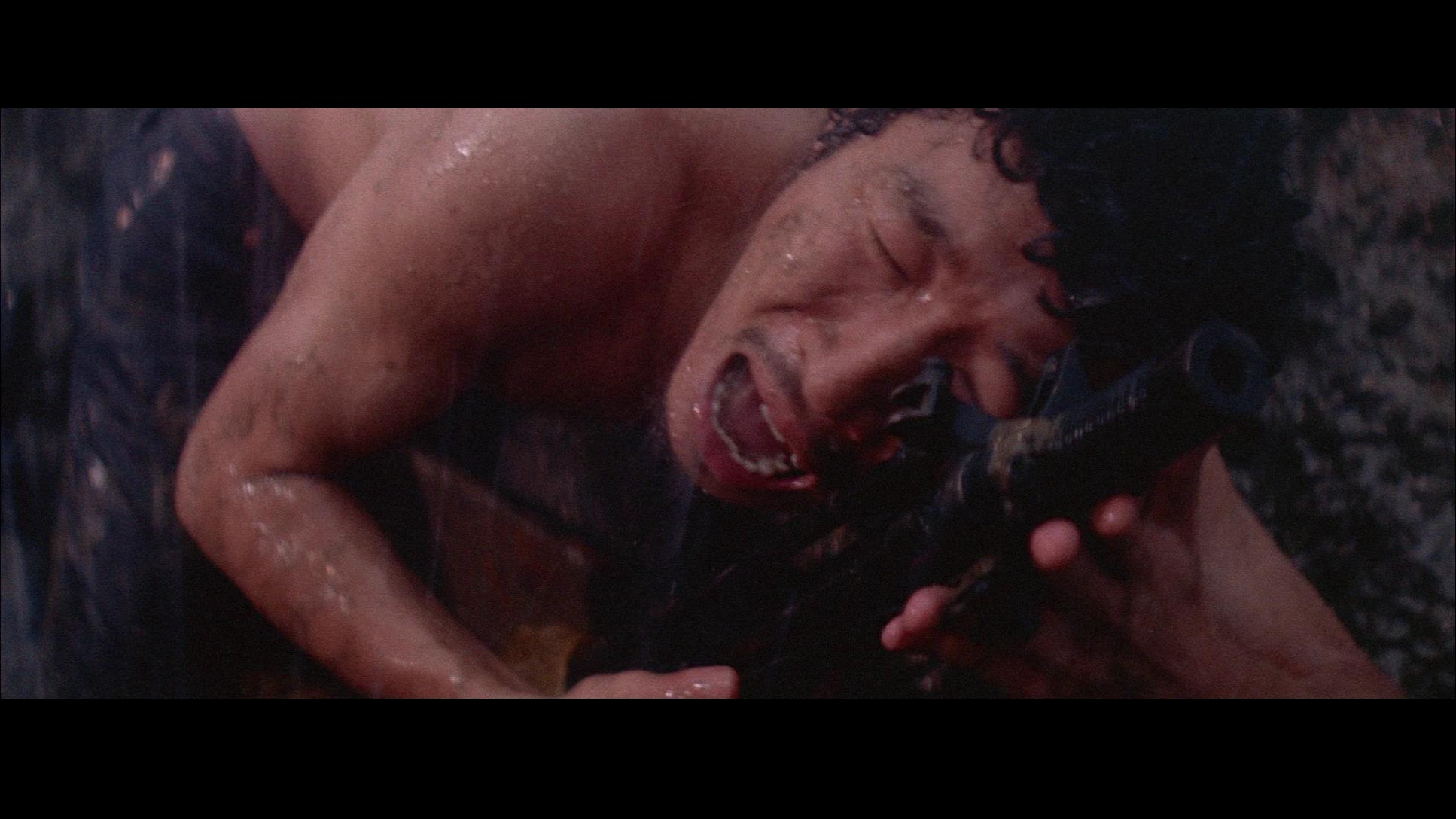 It's always great to have seldom-seen movies released in the US; this collection should be essential for fans of Japanese cinema as well as those of "drive-in" type movies of this era.