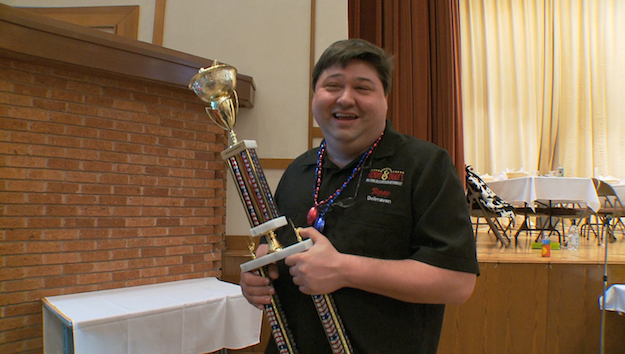 The new documentary Deli Man is part personal profile and part cultural feature story on yet another disappearing American institution: the Jewish delicatessen. The film amiably and entertainingly discusses the history of delis while also throwing a spotlight on the die-hard practitioners of the craft who continue to hang on during the business's overall decline. At their peak in the '30s and '40s, there were around 1500 Jewish delicatessens in New York City alone, while now, the film reports, there are only around 150 in the entire United States. The film suggests it takes an unusual dedication to tradition -- and probably more than a touch of insanity -- to work in the Jewish deli business in the twenty-first century.

When we are first introduced to deli man David "Ziggy" Gruber, whose story acts as the spine of the film, it quickly becomes apparent that he is a man out of time. Ziggy is a tall, middle-aged man who has clearly enjoyed his share of the food he has prepared. Not very unusual. But when we see him barking orders in the kitchen at his deli, Kenny and Ziggy's, or chatting with elderly customers in the dining room, his vocal cadence is akin to that of an old man in a Mel Brooks movie. Trained at Le Cordon Bleu London, Ziggy felt compelled to continue his grandfather's legacy in the deli business rather than to pursue a career in fine dining. He relocated to Houston, Texas, where his distinctly old-fashioned New York approach to deli cuisine immediately found its niche with an underserved Jewish population.

While many of Ziggy's family members appear mildly bemused but supportive in interviews, there's a suggestion that Ziggy's father doesn't fully understand his son's fascination with keeping the past alive. The two of them are shown walking through the Lower East Side of Manhattan, formerly a Jewish neighborhood. Ziggy bemoans the fact that what used to be a synagogue has turned into a Japanese restaurant. His father counters bluntly, "Nothing lasts forever. We don't, neighborhoods don't."

The film posits that deli offerings are the semi-official food of the Jewish diaspora, a national food without a nation as it were. Jews who left Eastern Europe in the late 19th and early 20th centuries, or who were forced out, found themselves able to find a taste of home in America at a Jewish deli. But then those homes in Europe disappeared, leaving only what came with them to the States. This particular assertion never gets fully developed because director Erik Greenberg Anjou prefers to hop around from topic to topic and location to location, but there's a recurring theme in the interviews Anjou conducts that, for deli men, that feeling of connection to largely forgotten traditions far outstrips any sort of financial incentive for sticking it out in this field.

A dozen deli owners and famous deli customers, like Larry King, Jerry Stiller, and Fyvush Finkel, offer up colorful stories about how the institution of the local deli impacted their lives. Stiller, for example, talks about working his tuchas off as a small kid, because his boss would buy him a pastrami sandwich at the end of the week if he did a good job. These men (and a few women) also discuss the atmosphere, the flavors, and, of course, the attitudes you're likely to encounter. Finkel offers up a funny anecdote about spending years thwarted by a waitress from getting the pot roast he wanted, because any time he would order it, she would immediately reply, "Ah, take the chicken."

While Deli Man chugs along quite pleasantly for around two-thirds of its running time, it eventually runs out of gas. Many of the late-film vignettes and anecdotes are rambling, and Anjou never manages to put a unifying toothpick in his overflowing, sloppy pastrami sandwich of a movie. However, in the grand scheme of the film, these flaws are slight. The spirit of warmth and inclusiveness that permeates every frame from beginning to end makes Deli Man irresistible, especially if you're the kind of viewer whose mouth waters upon seeing corned beef piled high on a slice of rye bread or a massive matzah ball being ladled into a bowl of chicken noodle soup. 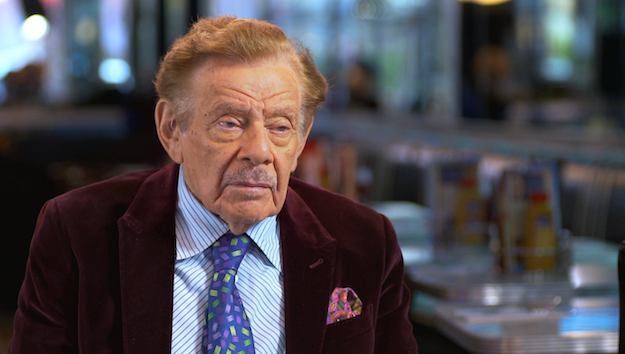 The Video:
Deli Man looks excellent in this AVC-encoded 1080p 1.78:1 presentation. This digitally shot documentary has a clean, stable, realistic look that translates well to Blu-ray. It's not a jaw-dropper, but it certainly gets the job done, with no significant compression issues that I could see.

The Audio:
For some reason that eludes me, the soundtrack to this film comes in both a DTS-HD MA 5.1 surround mix and... a lossy Dolby 5.1 surround version. And the disc defaults to the lossy version. You have to switch to DTS manually. Needless to say, both mixes are almost identical, although the lossy version might be a touch louder because of compression. Either way, it sounds good, with the dialogue always clean (or subtitled when it's not) and the music by the Klezmatics' Lorin Sklamberg well-placed in the surround speakers. One subtitle option: English SDH.

(HD, 40:49) - A consistently entertaining batch of talking heads outtakes from the likes of lawyer Alan Dershowitz, who discusses his failed deli in Boston; Jerry Stiller, who describes the way deli waiters complain so customers will give them a big tip; Larry King, who describes midnight hangouts at a Beverly Hills deli; Freddie Roman, who discusses side dishes and does the soup bit from the end of Coming to America (although he credits it to stand-up Myron Cohen); Fyvush Finkel, who offers some stories about acting in the Yiddish theater; Dennis Howard, owner of the Carnegie Deli, lays out some of the difficulties of the deli business; Jay Parker, of Ben's Best in Queens, NY, talks about dealing with stingy customers; author Michael Wex discusses the paradox of artisanal matzah bread; Ziggy's brother, filmmaker J. Mackeye Gruber talks about using Ziggy as Humpty Dumpty in a student film; and finally there's an outtake with Ziggy talking about dealing with dyslexia.

Final Thoughts:
A warm and often funny look at the shrinking subculture of Jewish delicatessens. Like a good pastrami, it has a little more fat on it than your doctor might recommend, but it satisfies nonetheless. The bonus material is frequently as entertaining as the feature. Highly Recommended. 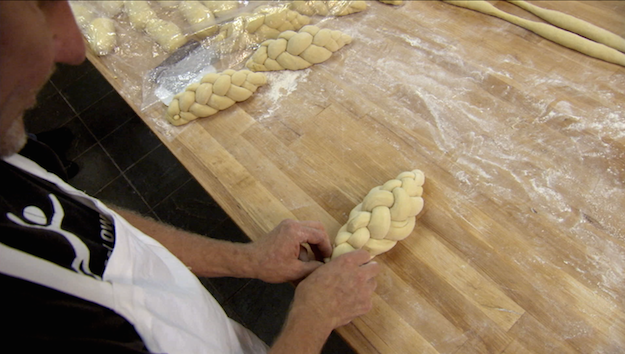