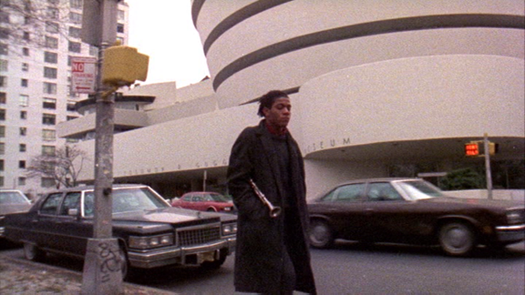 Downtown 81 is not so much of a movie per se as a snapshot of a specific place and time. The film centers on 19 year-old graffiti artist and musician Jean Michel Basquiat, playing a character who passes through Manhattan's gritty, vibrant early '80s music and art scene. Completed in 1981 but not given an official release until 2000, this semi-documentary has been digitally remastered and given several hours' worth of supplementary material for a two-DVD edition from Submarine Deluxe and Music Box Films.

Looking at it today, Downtown 81 comes across like a clumsily done film noir with fantasy elements, performed against a nihilistic, dingy, crime-ridden Manhattan that nonetheless pulsed with creative energy (Punk and Hip Hop were still relatively new phenomenons at this point). Along with the charismatic Basquiat, O'Brien and co-producer Maripol pretty much populated the film with the fringe downtown scenesters they already knew - artists, musicians, poets, designers and writers. This gives the movie a gritty immediacy that would have been lacking had it been traditionally cast with actors (in the DVD commentary, O'Brien mentions using a hired actor on just one bit part - an old woman accosting Basquiat on the street). The people onscreen make up for in naturalness whatever they lack in acting ability, which is part of Downtown 81's fascination today. This is the kind of movie where one has to accept the brief appearance of Blondie keyboardist Jimmy Destri as a cab driver because - hey, he looks like a cab driver and he's here, right?

As for Downtown 81's plot, that's another element that appeared to be kinda made up as they went along. Basquiat plays a young musician and graffiti artist who wakes up in a hospital bed, gets discharged, and wanders around Manhattan with his clarinet. Voice-over narration by Saul Williams provides an inner monologue for Basquiat, expressing the artist's odd detachment with the city. Evicted from his apartment, he spray-paints enigmatic messages on urban walls (ORIGIN OF COTTON.), drops into a Hip Hop party, meets a beautiful model in a convertible. After witnessing his band's equipment getting stolen, Basquiat goes on a nocturnal journey through various nightclubs in search of the culprits (an excuse for some fantastic live perfomance segments). The stolen equipment never gets reclaimed, but Basquiat finds a measure of spiritual solace via Deborah Harry as a disheveled bag lady. Basquiat's kiss transforms Harry into a mystical fairy princess, who gifts the artist with a suitcase full of cash - enabling him to escape the oppressive city.

The musical segments are perhaps the best thing about Downtown 81, capturing the city when it was at a potent nexus of angular, dissonant post-Punk, Jazz, Hip Hop and New Wave. While some parts are filmed in a more formal, music video style (Tuxedomoon in the studio; a spoken-word interlude by Walter Steding on the frustrations of performing) most are straightforward live concerts that truly put the viewer in the moment. These include performances by Arto Lindsay's experimental combo DNA, James White & The Blacks (an inspired Funk/New Wave hybrid), Japanese New Wave group The Plastics, and Kid Creole & the Coconuts featuring Coati Mundi.

Before it finally came out in 2000, Downtown 81 acquired a bit of mystique as a "lost" film. Production took place in 1980-81, when Basquiat was a relatively obscure graffiti artist and musician (with noise-rock band Gray) only beginning to branch out into paintings on canvas. The project fell through financially, however. As the original 16mm reels languished, Basquiat died of a drug overdose (1988) and the non-musical portions of the soundtrack ended up becoming lost or damaged. After acquiring the film rights in the late '90s, Maripol and O'Brien decided to revive the film with most of the original participants overdubbing the missing dialogue (which kind of adds to the movie's dreamlike feel). By the time audiences got to see it, Downtown 81 was greeted not so much as a documentary than a paean to a vanished period in New York's cultural history. 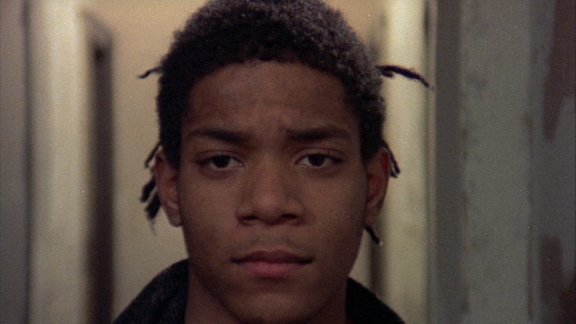 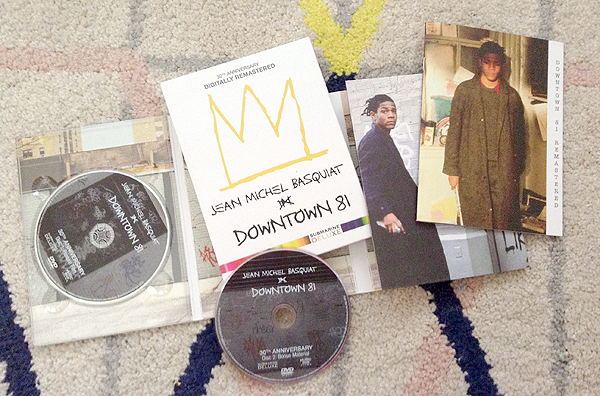 Newly remastered for this release, Downtown 81's 16:9 anamorphic widescreen image comes out looking swell, all things considered. The film stock has a more magnified grain, which indicates that it was shot on 16mm then enlarged and cropped for its theatrical release. Light and color are pleasantly calibrated, despite a few muddy-looking segments. The nighttime and concert sequences have a decent amount of depth without appearing murky. Dust and other source flaws have been cleaned up without sacrificing the inherent grainy texture of the film.

Sound-wise, the disc comes with a choice of a default 5.1 Surround mix or the original 2.0 Stereo mix. The 5.1 option gives the musical segments a little more depth, being generally a pretty straightforward mix. The overdubbed dialogue sounds pleasant and clean, giving some contrast to the gritty imagery of the film. No subtitle options are provided.

In addition to the 32-page booklet provided in the package, this release retains a few extras from Zeitgeist's 2002 DVD while adding in a slew of new interviews and features on the bonus disc. Among the repeated content is the feature-length Audio Commentary with Glenn O'Brien and Maripol. It's an interesting track - while O'Brien spends much of the commentary identifying the various scenesters onscreen, Maripol chimes in occasionally with some production notes. On the bonus disc, newly conducted Interviews are included with O'Brien by himself and with Maripol (33:29), Maripol by herself (24:10), and Fab 5 Freddy (27:14). There's also an annotated Photo Gallery (4:09) of Edo Bertoglio's behind-the-scenes images. TV Party Episode (1:06:53) includes a full episode of Glenn O'Brien's loosey-goosey public access television series. The May, 1980 broadcast features several folks from Downtown 81's cast, including Basquiat, Fab 5 Freddy and performance artist Walter Steding. Additional features include a Cannes Press Conference from 2000 (17:31), a clip of Basquiat doing graffiti to Grey's song "Drum Mode" (4:50), a TV Party Documentary Clip (2:43) and the film's theatrical trailer. 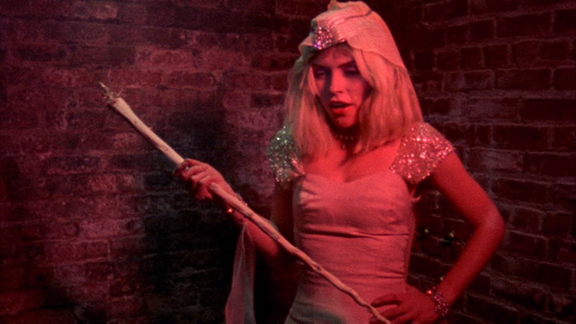 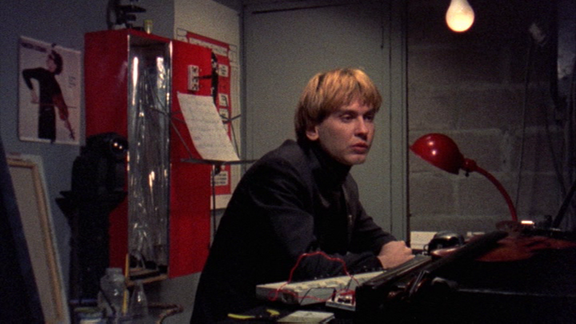 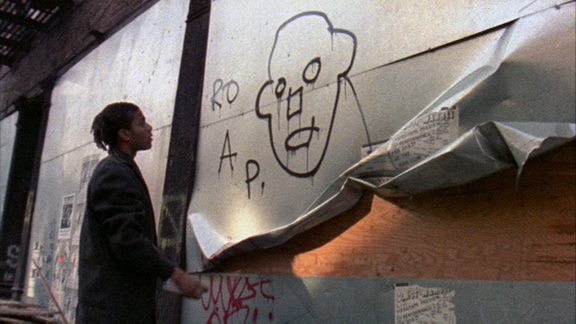