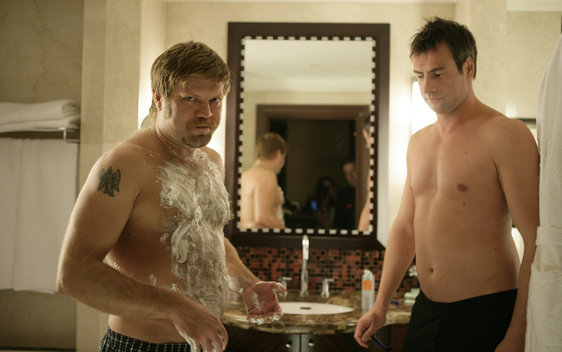 I don't get why critics don't like Snatch; I've seen it a dozen times and loved it every one. I was seventeen when it was released, so perhaps I was just ripe for its humor, its action, and its characters, but I still don't see what's not to like. Brad Pitt, bare-knuckle boxing, outrageous accents, stupid crooks, a million quotable lines, Jason Statham before he sold out, Irish gypsies; what more could you ask for? Perhaps it's the weird title, the British influence, and the off-kilter comedy that throw critics off. I'd say 'people', but audiences dug it, so somewhere there's a disconnect. I can only guess that those who didn't enjoy it saw it the way I saw Diamond Heist; an over-the-top spew of ridiculous bad guys & bad jokes whose only credit is that obviously no one is taking themselves seriously. But it pains me to even put these two films in the same paragraph. Oh well, there's no accounting for taste. 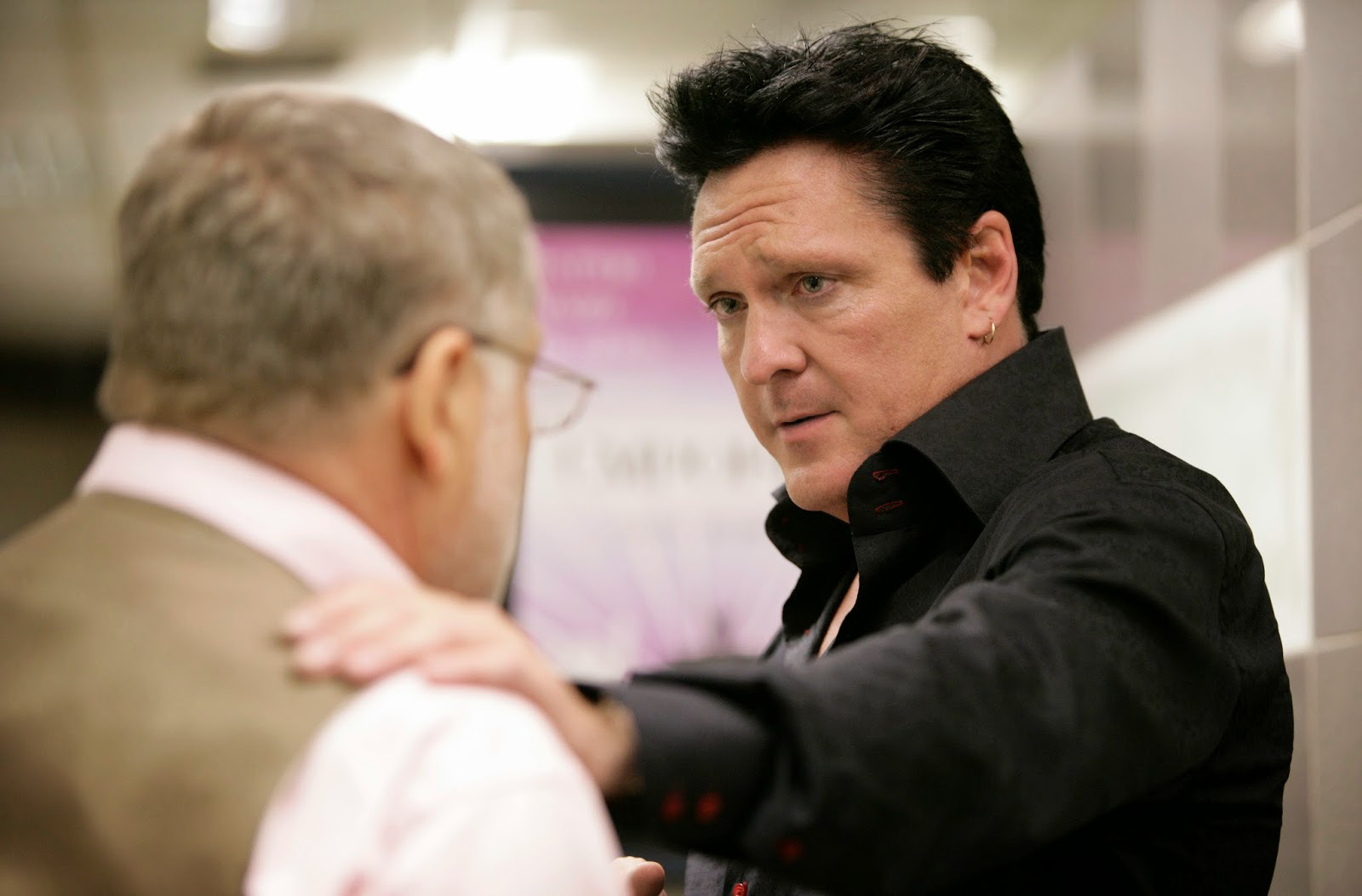 Where to start, where to start. I guess, with a movie with this many characters, you start with them. First, we have Terence, an ex-stripper, a current mob boss, and soon to be a birthday boy. He's throwing himself one hell of a party, complete with the Magic Boys and some jewels smuggled into London illegally. In order to pull off the operation, he needs Cherry Valentine, a pilot & a hottie. But Cherry isn't exactly working for Terence, and she's got motives of her own for helping with the deal. Then there's Mr. Brown, Cherry's ally and the man responsible for supplying the birthday party with male dancers. But when the chosen two go missing, he'll have to make a deal with the devil in order to keep Terence happy.

That devil happens to be a criminal named Jack Varga, a "friend" or Terence who just happens to know two dancers who will not only entertain, but also help Jack steal the diamonds. BUT when they don't show up as well the job goes to two best friends named David & Zoli, Hungarians who are both out of work and out of shape. They pretend to be the Magic Boys just to get paid, but they have no idea what kind of mixed up mess they're about to step into. Terence thinks he has Cherry, but Cherry has another plan, maybe it includes Mr. Brown, or at least until Jack threatens her, and David might be falling in love, while Zoli just wants to get back home to Hungary; it's a little wild, a little strange, and not your grandma's bday party. 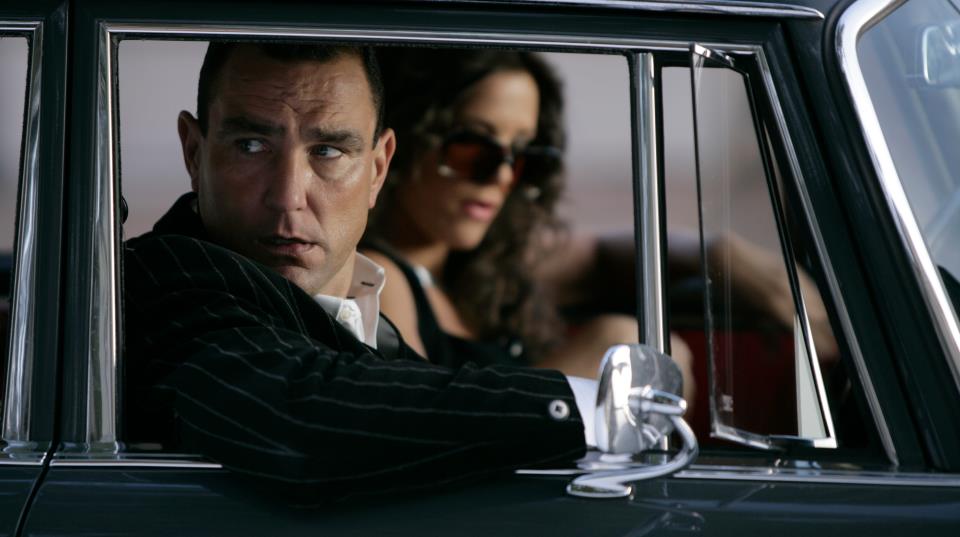 Maybe it's Vinnie Jones who makes this movie remind me of Snatch, and I'm willing to blame him for bringing a movie I love to mind while watching something I'd rather not think about again. But if the film is part Snatch it's also part Dumb & Dumber, a combination that left me confused more often than not. It's a heist movie kind of, a comedy sometimes, a melodrama but only a little, and a drama I guess. It definitely has the elements that you see in other crime capers: the dangerous boss, the front club, the hot ladies & hunky gentlemen, the stolen jewels, and the morons who have no idea what is going on. But the problem is that sometimes you feel like a moron yourself, watching an off-beat adventure that only makes so much sense, that you feel has lost its mind, and that you can't remember why you turned on in the first place.

That said, I almost liked it. Now, I didn't, give me some credit, but it was a close call. The humor is just so ridiculous that you can't stop yourself from laughing. Michael Madsen as a Chip and Dale veteran is too insane to not be kinda funny. And the two fake Magic Boys, David & Zoli, are the bumbling duo that you sort of root for, even while they're shaving each other's chests. The plot doesn't come together, you can't really believe a single actor, and you feel a little embarrassed admitting it, but you find yourself just the tiniest bit entertained. But that's as far as that goes, the film isn't good, and after it's over you chuckle to yourself, shake you head, and get back to reality. And that reality is that Diamond Heist is a spoof perhaps, a joke for sure, a guilty laugh or two, and then it's gone from your mind and rated poorly, probably exactly as it should be.

Video: With an aspect ratio of 2.35:1 Widescreen, the video quality may, sadly, be the best part of the movie. The film was shot using Panavision cameras and lenses, and isn't as bad as the low quality of the story and production might suggest. The film really does have a Snatch feel, with a ton of scenes from different cities, bright colors, quick cuts, and over-the-top characters galore.

Audio: The DVD was done in English Dolby Digital 5.1, with available English Closed Captions. There are no other audio, language, or subtitle options on the DVD. The sound quality of the film is fine, with nothing to notice or to hate, and with no great music to speak of. Don't except to be blown away by the sound, or the dialogue for that matter. 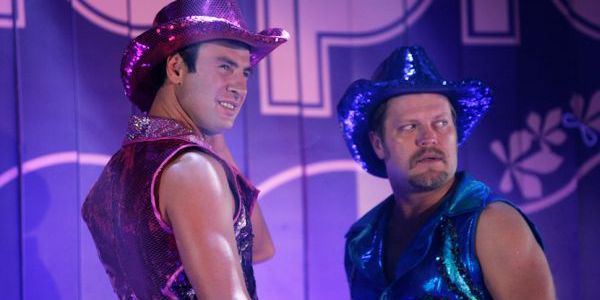 Skip It. I don't want to make this movie sound like the worst thing ever, because it's not. I also don't want to make it sound good, because it's not. It might be somewhere in between actually terrible and laughably terrible, a film that will offend the eyes of a few and shake the bellies of some others. I guess the question is, do you need to see this movie? And the answer would be 'no'. No, you don't need to see it, but if you happened to you'd probably chuckle, feel strange, and not know what just happened. The video quality was good, the audio just OK, and there were no extras at all. If Diamond Heist did anything it was to make me want to watch Snatch again. So, thanks?