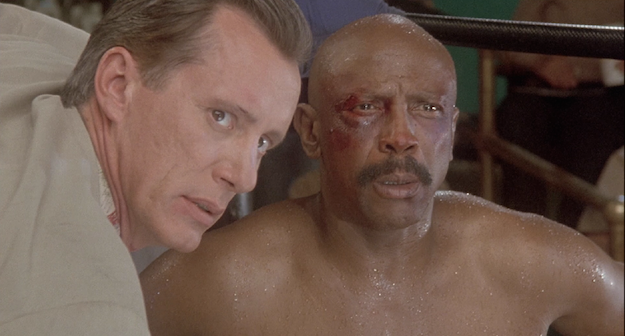 Diggstown (aka Midnight Sting, which is the name on the film print used to make this Blu-ray release) is a movie that has a reputation for being perpetually underrated. When it was released in 1992, it flopped hard (although arguably the studio didn't give it much of a promotional push) and it didn't get the kind of unanimously glowing reviews that tend to rehabilitate financial failures on video. Even so, the film has hung in there, just below the radar, sometimes resurfacing thanks to appreciations like this one from the AV Club a few years ago. And now the flick arrives on Blu-ray, allowing movie lovers another chance to catch up with this underseen gem.

Diggstown is a con artist comedy set in a small Southern town built on the sport of boxing. The perfectly selected cast is led by James Woods as Gabriel Caine, a con man freshly released from prison and already started on his next big thing. With the help of his buddy Fitz (the ever-dependable Oliver Platt), Gabriel sets up a bet with the crooked businessman who runs Diggstown, John Gillon (Bruce Dern). As a set-up to the con, Fitz loudly proclaims in the local bar that he knows of a boxer, the little-known Honey Roy Palmer, who could beat anyone in town. In fact, Honey Roy could beat any ten men that the town chose to match him up with. Gillon bites. Gabriel, with a little secret loan from some mob guys, lays down the stakes. There's just one little hitch: no one's told Roy yet.

Louis Gossett, Jr., plays Roy, the over-the-hill heavyweight who has spent too many years taking a beating for Gabriel's shady paydays, and on the last job, they didn't even get paid. The sequence in which Gabriel convinces Roy to join up, by not convincing him, is a perfectly executed display of reverse psychology. Woods and Gossett have an immediate rapport, and you buy that these guys have a turbulent history. The way that Gabriel refuses to push Roy into the fights -- he just teases Roy with a few details, then backs off -- is delightful. You can see in Gabriel's eyes that he knows he has Roy hooked, but Woods never overplays it to the audience and never tips his hand to Roy. Gossett meanwhile makes it clear that Roy is completely aware of what Gabriel is doing but can't resist him even so.

It is moments like this that make Diggstown such a pleasure to watch. After all, while the story is fast-paced and fun, the perfectly pitched performances are the real show here. Dern makes for a perfectly snaky bad guy, smiling while prepping to take out his opponents' knees. Heather Graham consistently charms as Gabriel's age-inappropriate love interest during her relatively brief time onscreen.

During the last forty minutes of the film, Diggstown pivots somewhat from a con-job tale to an underdog sports story. A few of the ten guys that 48-year-old Roy has to fight have been paid off to take a fall (naturally), but many of them Roy just has to beat outright. Director Michael Ritchie (The Bad News Bears, Fletch) effectively gives each fight its own personality, with some of the men being comically outmatched by Roy (Jim Caviezel is one of the glass-jawed comers) and some of them just brutalizing him instead.

When every fight has been fought, and each competitor has pulled his last sneaky maneuver, the conclusion is essentially satisfying. One can't help shaking the feeling, however, that there must be a sizable chunk of story on a cutting room floor somewhere. Certain characters whose storylines are built up over the course of the film seem to just disappear into the background as the fight goes on. The film certainly benefits from its lean and mean running time (under 100 minutes), but might I humbly suggest that it's even better to watch a puzzle come together when there aren't extra pieces left over?

Much like the recently reissued The Couch Trip, also from director Michael Ritchie, Diggstown is a loving and irreverent tribute to outsiders looking to shake up the status quo. The writing by Steven McKay (from a novel by Leonard Wise) is much sharper than the script of that prior film, giving Ritchie reason to maintain a careful handle on the material, which he ably does. The end product is arguably Ritchie's last excellent theatrical effort. 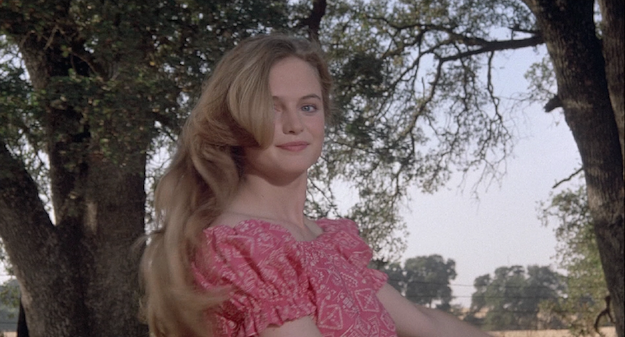 The Video:
The AVC-encoded 1080p 1.85:1 transfer is quite good. Very little noticeable damage or digital compression issues. Black levels are strong. Colors are slightly washed-out, but that seems to be the look cinematographer Gerry Fisher (Yellowbeard) is going for, as skintones are sedate but natural.

The Audio:
A couple of dialogue passages sounded a touch distorted to me, but overall this DTS-HD MA 2.0 stereo audio mix is good. Dialogue and effects are understandable and well-separated. James Newton Howard's odd electronic/acoustic hybrid musical arrangements are often quite aggressively presented, providing one of the few elements that feels particularly dated about the film. Optional English subtitles are also provided. 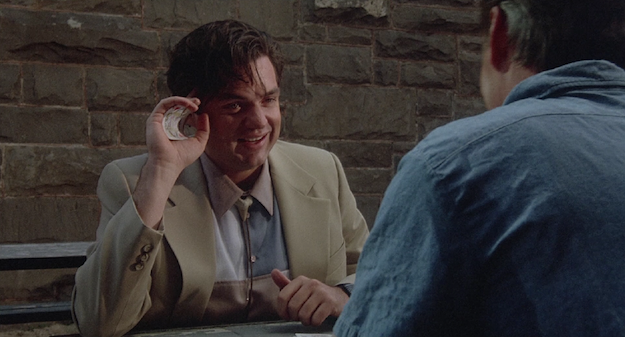