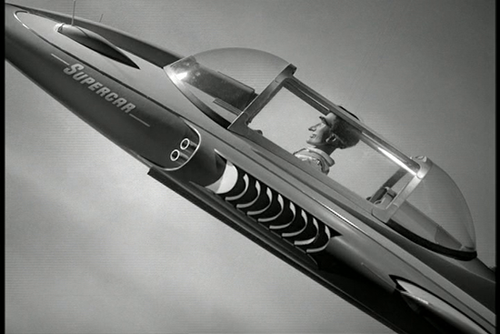 "It's Mercury-manned, and everyone cries, 'It's the marvel of the age!'" - Supercar theme lyrics, Barry Gray

Supercar wasn't the first marionette-based entertainment from iconic British television producer Gerry Anderson (that honor belongs to the obscure Western program Four Feather Falls), but the 1961-62 series has the distinction of solidifying the "Supermarionation" kiddie adventure formula Anderson created with his wife, Sylvia. Timeless Media's Complete Series re-release of all 39 Supercar episodes in a five-DVD set is a good enough reason to delve back into this primitive precursor to Stingray, Thunderbirds and Captain Scarlet. Initiate launch sequence!

Though it may look quaint and clunky (extremely clunky) to modern eyes, Supercar set the tone for all the Supermarionation series to come - a cast of wooden heroes and cartoony villains, plots that borrowed heavily from Ian Fleming and other spy-pulp authors, and a snazzy, state-of-the-art vehicle. Built by an eccentric Hungarian, Professor Rudolph Popkiss, and his brilliant, pop-eyed colleague Dr. Horatio Beaker, the Supercar is a sleek amphibious craft that soars through the world's back-screened skies and tropical fish-infested ocean depths on rescue missions. Piloted by the dashing aeronaut Mike Mercury, the first episode sees the Supercar team venturing to an ocean to rescue some stranded passengers from a light plane crash. Among those saved is a cheery young boy, Jimmy, and his pet monkey, Mitch, who come to live at the Black Rock, Nevada laboratory of Popkiss, Beaver and Mercury, helping them out of some hair-raising situations. Throughout the series, the group's missions are intruded upon by Masterspy, a fiendish Mussolini lookalike intent on stealing the space-age transport, and his bumbling sidekick, Zarin.

Supercar's DVD package describes the show as "groundbreaking in its time," which is a nice way of saying that these episodes don't hold up nearly as well as Gerry Anderson's other efforts. Indeed, the modest production values and tight shooting schedule on this particular show leads to many episodes that are repetitive, snail-paced and unimaginative (Another scene with Mike, Jimmy and company sitting around the lab talking? Joy!). The Supercar isn't too impressive in itself, while the big-headed, ugly-featured designs of the puppets may strike some as excessively creepy (actually, they look similar to traditional European marionettes; Anderson and his crew would spend the next few series refining the big-headed puppets into something more pleasing and recognizingly doll-like). Like Jimmy's breathy, feminine-sounding voice (provided by Sylvia Thamm, the future Mrs. Anderson), there are too many awkward components in Supercar to meld into a satisfying whole.

After the initial order of 26 episodes for its first year, Supercar underwent a slight retool for a shortened second, final season. In addition to a rearranged theme song with tweaked lyrics and some re-casting on the voice talent, the show got opened up with more diverse plots involving exotic settings and a host of new characters. This resulted in a few memorably goofy episodes such as Calling Charlie Queen, in which an evil scientist shrinks Mike and Dr. Beaker to the size of dolls, filmed with the marionettes positioned against human-sized props (an easy, yet visually compelling plot device that Anderson would revisit in other shows). The improvements were a welcome touch, although in the case of Supercar it meant elevating a crude, boring time-waster into something that was merely passable. 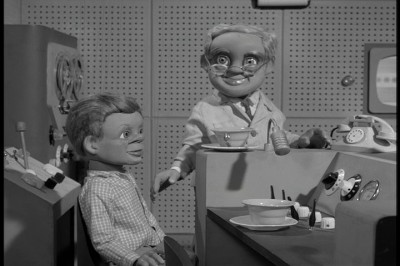 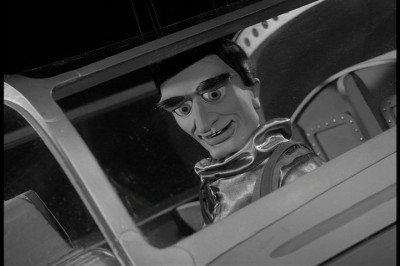 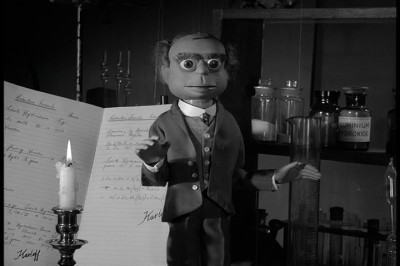 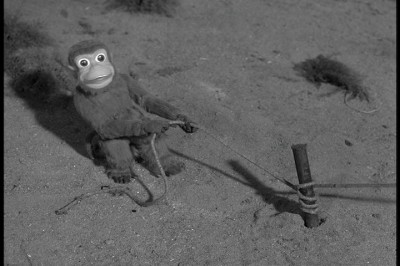 Timeless Media and Shout Factory's Gerry Anderson Collection edition of Supercar: The Complete Series comes as a streamlined 5-DVD package housed in a single-width hinged clear plastic case, replacing A&E's bulky, out-of-print set from 2003. The label interior is printed with an episode list for each disc (since I'm assuming they aired on different dates across the U.K. and the U.S., airdates are not included).

The video on audio on these episodes is pretty much a retread of the A&E set, which was pleasantly done to begin with. There are some issues with the 4:3, black and white picture looking overly sharp, while (like the recent Joe 90 set) there's a few shoddily mastered scenes where patterns and textures moved differently whenever the camera zoomed or panned. For a DVD set with several episodes crammed onto each disc, the pleasant light-dark balance and good detail seen here come out favorably.

The mono sound on these episodes have a few moments during louder passages where a fuzzed-up distortion sets in; otherwise, it's a fairly decent listening experience. As with the other Gerry Anderson Collection sets, no subtitle options are provided.

Held over from the A&E set are an Audio Commentary with Sylvia Anderson discussing Supercar's first episode, plus a half-hour program, Derek Meddings: The Man and His Minature, which admiringly delves into the life and career of one of Supermarionation's most valuable players. The set also includes a never-before-seen Interview with Gerry Anderson on disc 4, a 10-minute chat in which Anderson goes into great detail on what happened during filming on the cloud footage projected in the backgrounds of Supercar's flight scenes.

Supercar: The Complete Series is approximately 1,014 minutes of Not-So-Supermarionation. By the time it finished its second and final season, Gerry and Sylvia Anderson had solidified the whiz-bang marionettes-and-machinery formula that would launch them into the stratosphere of '60s kid-TV. That doesn't make this early, rudimentary series any less brain-numbingly repetitive, though. Skip It. 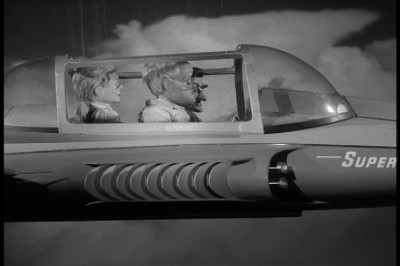 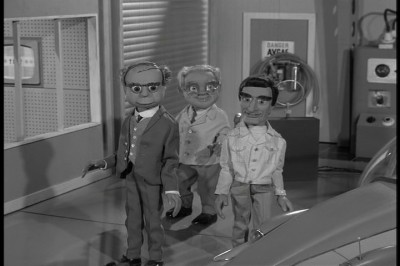 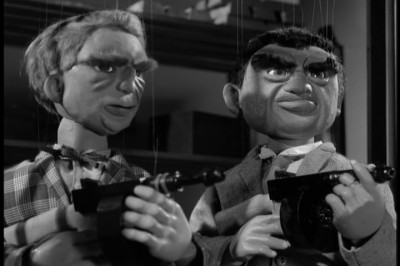 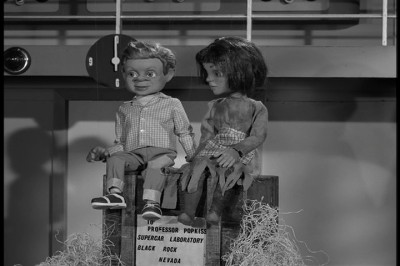