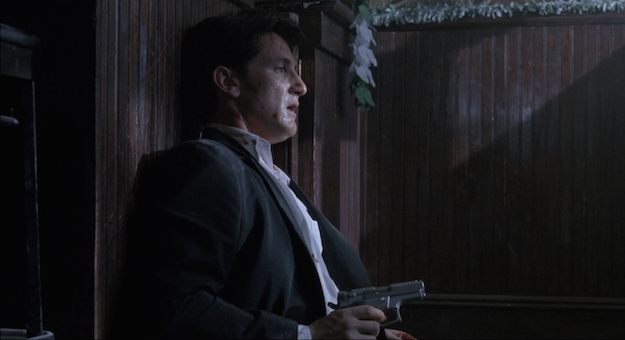 The gangster movie State of Grace kind of got lost in the shuffle when it was released in September of 1990. The film's studio, Orion Pictures, was in bad financial shape and didn't give it a big release or promotional push. And then a week later, two little gangster flicks called GoodFellas and Miller's Crossing came out and cornered the market on organized crime movies -- that is, until Francis Ford Coppola's long-awaited third Godfather movie arrived at year's end. State of Grace is neither as epic nor as operatic as those better-known films, but it deserves consideration as a well-made, off-beat spin on the familiar gangster mythos.

Set in Hell's Kitchen on the west side of Manhattan, State of Grace deals with the tight-knit Irish-American gang known as the "Westies." The film takes place in the era when Hell's Kitchen was just starting to get gentrified by real estate developers who wanted to obliterate the area's rough history by calling it "Clinton," and it portrays the Westies dealing with the fact that their neighborhood is changing. Some of the guys welcome the change, like new leader of the Westies, Frankie Flannery (Ed Harris), who wants to remake himself as a would-be Mafia don, thanks to his relationship with the Italian mob. Frankie's wild brother Jackie (Gary Oldman) bristles at the thought of both real estate creeps and Italians from downtown coming into his territory and acting like they own the joint. Much to Frankie's chagrin, Jackie likes to act out, by lighting a new apartment complex on fire or taking a couple of whacks at some Italian debt collectors.

However, Frankie and Jackie are not the main focus of State of Grace. While their conflict is an important element of the story's overall tapestry, the film is mostly about one of the neighborhood's prodigal sons, a guy named Terry Noonan (Sean Penn), who just shows up one day after being gone for twelve years. Jackie is ecstatic to see his old buddy, and he convinces Frankie to let Terry into their crew. Meanwhile, Terry tries to situate himself back into the world that he abandoned years before. He starts talking to his ex, Kathleen Flannery (Robin Wright), who is also Frankie and Jackie's sister. Kathleen has a hotel job uptown, and is clearly trying to steer clear of her brothers' world, but she nonetheless gets sucked back into being with Terry.

It turns out that Terry has a very specific reason for being back in town and that he has a pretty significant secret in his past. I won't mention the reason here, because even though it's not a gigantic spoiler, it will no doubt be more enjoyable for new viewers to let the film reveal its secrets than to have me artlessly relay them here. After all, State of Grace may end with a bloody, slo-mo showdown that tries to out-wild The Wild Bunch, but it plays for most of its running time as a character drama that derives much of its tension from the secrets that characters are keeping from each other.

Director Phil Joanou (U2: Rattle & Hum) takes the script by playwright Dennis McIntyre (with uncredited rewrites by David Rabe) and creates something naturalistic but elegant, with a distinctive style that never interferes with the audience investing in the characters.

At its core, this is a movie about acting, and the supremely talented cast is in top form. Penn and Wright flirt and fight with the conviction of a newly minted couple (which, of course, they were in real life). Oldman is delightfully unhinged without going full-tilt ham, like he did in Léon. Harris once again ably plays a complicated gang leader (see also: Cymbeline and Knightriders) wrestling with the responsibilities of his new position. The supporting cast is also sprinkled with outstanding performers, like a pre-fame John C. Reilly, John Turturro, and even Burgess Meredith (!!) as a neighborhood guy with a pivotal warning for Terry.

State of Grace may not have set the box office on the fire -- heck, neither did Miller's Crossing or GoodFellas really, if we're being 100% honest -- but it's a keeper even so. The performances alone make this a film worth returning to again and again, while the carefully wrought atmosphere offers new layers to pick apart upon each new re-watch. 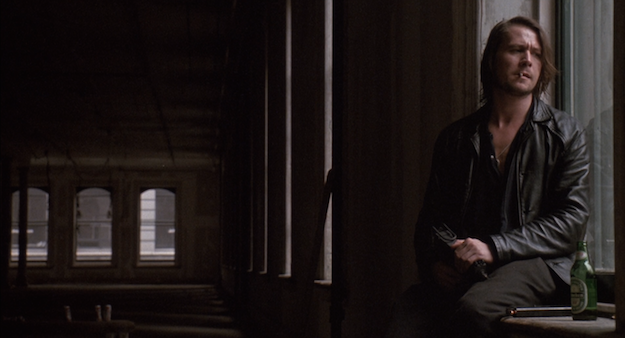 The Blu-ray
State of Grace comes in a limited edition of 3000 copies. The disc is packaged with booklet featuring an essay by Twilight Time's Julie Kirgo.

The Video:
Cinematographer Jordan Cronenweth's lighting has an exquisite sculpted quality to it, while his choice of film stock gives the image a grainy and more naturalistic edge. The disc's AVC-encoded 1080p 1.85:1 transfer does a solid job of translating this look to video. Skin tones look accurate, while the palette maintains a grayish overcast look (thankfully without going excessively monochromatic). Grain is often pretty significant and there's rarely a scene without hints of specks and dirt in the image. Clarity is often excellent.

The Audio:
Apart from the spotty appearances of Ennio Morricone's lush and dissonant score and a couple of major shootouts, the surround speakers don't get a major workout with this DTS-HD MA 5.1 surround mix. During the many dialogue-driven scenes, though, the sound designers have done a good job of spreading some ambience across all of the channels. No damage, no distortion. Everything sounds good. There's one subtitle option: English SDH.

- An excellent new commentary. Director Joanou is energetic and full of interesting information about the shooting of the film. Redman does a good job of leading the discussion, but he never has to pick things back up from a lull, because Joanou always has plenty to say. A discussion of the current economics of the movie business, in which Joanou laments the inability to make a movie like State of Grace anymore, gets a little bit long and repetitive. Otherwise, this is an outstanding supplement to the film. 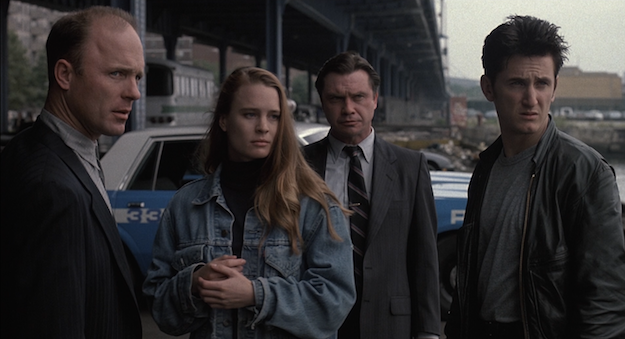