Manos: The Hands of Fate 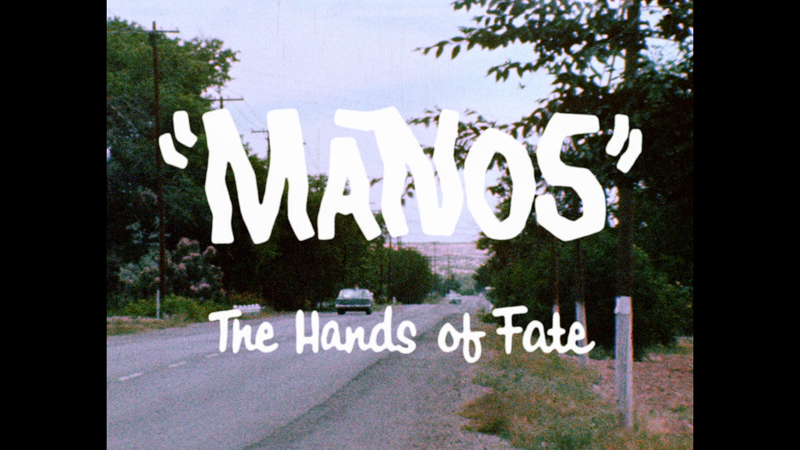 
The Movie
Numerous movies are known to the general populace only because the folks at Best Brains felt them worthy of targeting as part of Mystery Science Theater 3000, the much-beloved TV show that made fun of bad movies via clever commentary. Movies like Laserblast, The Beatniks or Santa Claus Conquers the Martians. But none owe their continued relevance to MST3K as much as Manos: The Hands of Fate, a shoddily-made attempt at a horror film, wrought upon an unsuspecting world by Texas fertilizer salesman Harold P. Warren, who wrote, directed, starred in and produced this shameful waste of film. Without Joel Hodgson and his pals on the Satellite of Love, Manos: The Hands of Fate likely would have blinked out of cinematic existence. Whether we should thank them or not is up for debate.

The story, what there is of it, follows a family--Michael, Margaret and their daughter Debbie--lost on their way to their vacation spot. They end up at a strange house watched over by an even stranger man named Torgo. He's keeping an eye on the place while the Master is away. Unfortunately, the Master in this case is not Philip Seymour Hoffman, but rather a mustachioed loon in a red and black poncho with a gaggle of wives who spend most of the film rolling around and fighting with each other. What the movie's all about isn't exactly clear, but it's obvious that the family faces definite danger, whether it's from the Master or Torgo. 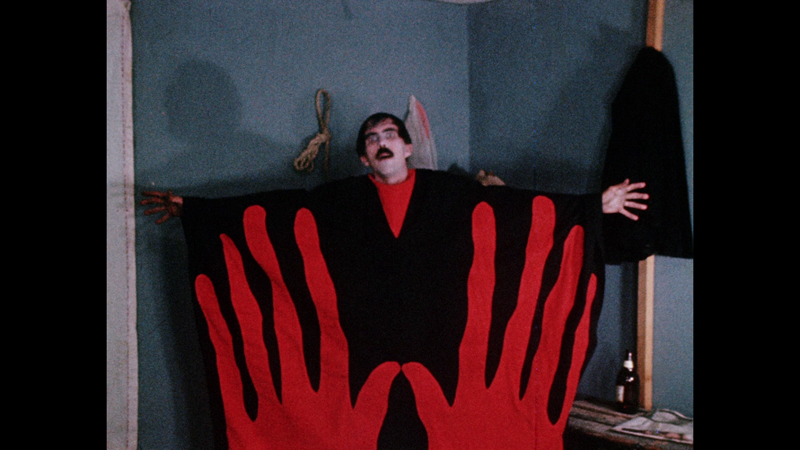 The movie only runs 74 minutes, so there's not much room for any real plot, but even so, there's an unbelievable amount of padding. There are several extended scenes featuring a couple making out in a car that add not an iota to the film, while driving scenes tend to last forever without showing a thing worth watching. By the time the film meanders its way to an ending (which is the correct term only because there's no more movie to watch) you're left with more questions than answers. Multiple viewings won't help, as it's basically impossible to figure out the Master's purpose or plan, simply because there isn't one.

However, the story isn't why one would watch this film. The draw is how terrible the production is, from the awkward script to the terrible acting to the pathetic camerawork (which at times leaves entire scenes out of focus.) The entire movie was overdubbed due to audio issues, which resulted in consistent problems with the syncing of dialogue, while continuity is practically non-existent. If anything exemplified the problems with Manos: The Hands of Fate, it would be Torgo, played with a unique energy by John Reynolds, who reportedly was on drugs throughout the production, suffering from pain caused by the leg appliances he accidentally wore incorrectly. Sadly, he killed himself before the film was completed, but he left behind quite a memorable performance, no matter how awful it was. As they say, better to burn out than to fade away. That goes for just about everyone involved in this amateur film, the first and last by Warren. 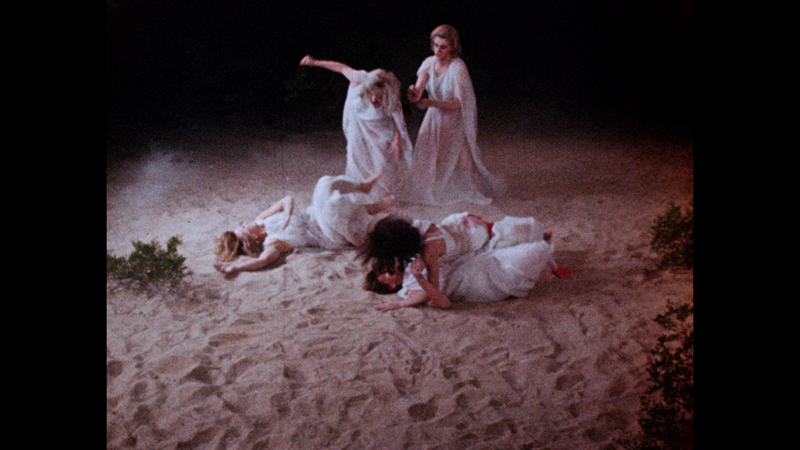 The Disc
Manos: The Hands of Fate arrives on a single Blu-ray disc, packed in a standard Blu-ray keepcase. The animated full-frame menu includes options to watch the film, select scenes, adjust the settings and check out the extras. There are no audio options, but subtitles are available in English and Spanish.

The Quality
The 1080p, AVC-encoded pillarboxed transfer here, from a 2K restoration of a 16mm source, is utterly impressive, considering the quality of the filmmaking effort. When the movie is in focus, the image is sharp and loaded with fine detail (check out the painting of the Master to see the raised edges of the paint or the strands of Margaret's hair.) Color is appropriate for the film, with the red of the Master's outfit coming off quite vividly, while the black levels are very solid. The clean-up effort has made for as good an image as it likely has ever looked, though some minor damage remains and, per the restorer, some negative elements (like hairs in the gate) were intentionally left to replicate the film's original low-budget aesthetic.

The film's mono soundtrack is presented in a DTS-HD Master Audio 2.0 track, and it does as good a job as one could hope for with such mediocre source materials. Because all the dialogue was recorded in post, it's all extremely clear, to the point where it feels unnatural when coupled with the lo-fi visuals. Don't expect anything dynamic about the mix and you won't be disappointed. One thing that certainly stands out about the audio though, is the film's music, which is bizarrely catchy, particularly the chiptune-like theme that accompanies Torgo's presence. There's also a gorgeous, jazzy end theme, "Forgetting You" by Nicki Mathis (also used on the menu) which sounds terrific, with excellent clarity and weight. Compare this track to the one on the "grindhouse" version (see The Extras) and you can see how much worse this film could sound.

The Extras
A commentary from Tom Neyman (the Master) and his daughter Jackey Raye Neyman-Jones (Debbie) kicks things off, as they reminisce about the film and share hazy memories of an odd experience. Often they end up watching and laughing, pointing out the sillier elements, but they also get severely dark when they talk and even lightly joke about Reynolds' suicide. It's not the most informative track, trafficking mainly in trivia, personal notes and half-remembered anecdotes, but it has a charm that works with the home-movie quality of the film.

The behind-the-scenes info is found in a 30:46 featurette, "Hands: The Fate of Manos." Hosted by the restoration's champion, Ben Solovey, it features interviews with a few surviving members of the cast and crew, and covers a wide variety of topics from the production, including details on the cameras, lights and script, as well as stories about Reynolds, the film's premiere and the Miss Texas pageant. Quick-moving and heavy on the info, it's an excellent addition for anyone curious about how this movie could have been made.

Solovey returns in "Restoring the Hands of Fate" (6:36), which goes in-depth into the effort to restore Manos: The Hands of Fate from obscurity. Solovey obviously knows his stuff, as he explains all the tech utilized in saving the movie, the theories behind the decisions made and why they went for a 2K version, rather than 4k. For those interested in film restoration, it's fascinating to hear how this project came together.

The film's influence can be seen in the 3:58 "Felt: The Puppet Hands of Fate," which looks at a stage adaptation of Manos: The Hands of Fate done with puppets. A lot of what's discussed bleeds into some of the other extras, as the play comes from a place of love for a bad movie, but you get to see some brief moments of puppetry. If only there was more of it.

Also included on this disc is a "grindhouse" version of the main film, presented in unrestored condition, and checking in at about five minutes shorter. The visuals and sound, which are loaded with scratches and hiss, lend a sense of authenticity to the presentation, but it doesn't really improve the feel of the film in any way, making it unlikely you'll watch it often. 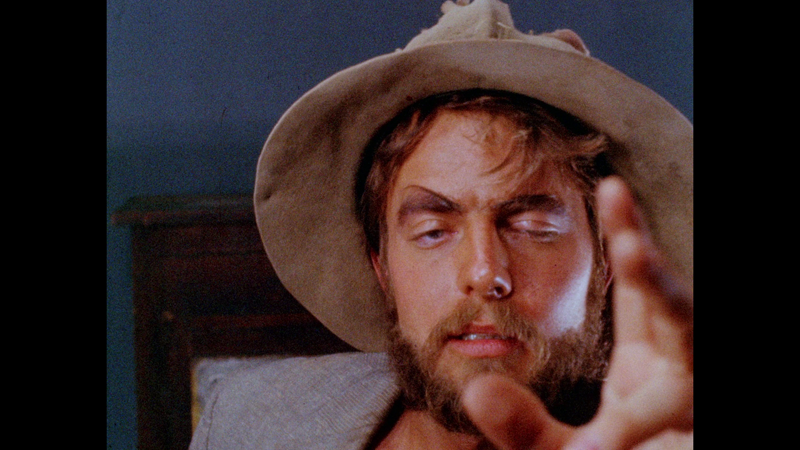 The Bottom Line
Manos: The Hands of Fate is a truly terrible movie, to the point where it is often ridiculous, but it's rarely hilariously bad (like, say, The Room.) The comedy most people associate with the film was really thanks to the talent of the MST3K crew. As a result, you're not likely to return to it often, now matter how impressive the restoration effort has made the film look. Add in some quality extras though, especially the behind-the-scenes featurette, and it's a package that cult film fans will certainly want to check out.