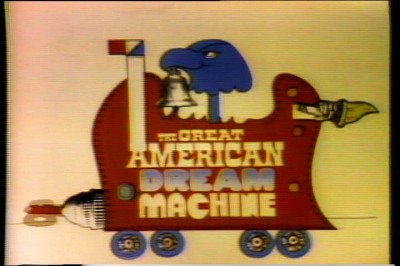 
The Show
Anyone born since the start of the Nixon administration has likely spent several decades unaware that The Great American Dream Machine, created by PBS mainstay Alvin H. Perlmutter, ever existed. An oddball variety series that aired on public broadcasting stations for a few seasons in the early 1970s, it hasn't has a tremendous amount of obvious cultural impact, aside from being home to early performances by a wide range of big stars (and a few bits re-done for 1974's cult film The Groove Tube), and as a result it's sat on some dusty shelf somewhere for a very long time. However, watching it more than 40 years after it originally aired, you can envision the influence it could have had on a generation that would go on to invent much of television we enjoy today. One could also wish that PBS was doing anything as interesting as The Great American Dream Machine today.

Though you can easily draw connections between this series and eventual comedy touchstones like Saturday Night Live and The Daily Show, to do so, as the marketing for this set has done, is a disservice to the show, because it's bound to end in disappointment. That's mainly because there's a very small fraction of the show that's actually funny. It's far better described as thought-provoking, though it often is so earnest and desperate to get its point across, it becomes comical for the wrong reasons. No episode is like any other, with only the main titles and the primitive graphic transitions between segments shared from show to show. There's no possible way to know what's coming in any given episode, and the scattershot style of programming makes for an unusual viewing experience. A performance by crooner Mel Torme could be followed by a mini-documentary on a beauty pageant, which might give way to a performance piece featuring a mime with a chair, only to lead into an opinion on the U.S. debt. As a result, episodes are wholly uneven, and can lead to distraction.

At its best, The Great American Dream Machine is utterly fascinating. Some of the documentaries, which include profiles of personalities like daredevil Evel Knievel, designer Ed "Big Daddy" Roth, roller-derby queen Ann Calvello and stripper Blaze Starr, or brilliantly intimate proto-Daily Show pieces on odd subcultures, like an anti-feminist woman's movement or Poconos honeymoon resorts, are just perfect gems, expertly capturing these moments in time. It's no surprise when one finds out that Sheila Nevins, who would go on to lead HBO's documentary unit and help define modern documentary filmmaking, had her hands in much of this work. Though you can sense the angle they were taking, the pieces are never slanted or obvious in an agenda. They just watch and reveal. 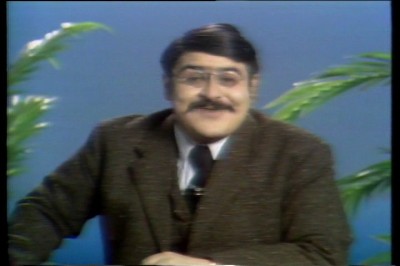 The rest of the show is a strange mix of music, opinion pieces, short films, performance art and experimental oddities, which were often hit or miss, though the hits, like Joe Bologna and Renee Taylor's Out to Lunch, a short about a heartbroken woman who confides in a mentally disabled man in the park, and You Know Who and What's His Name, which parodies French existentialism, are outstanding. Recognizable faces abound, whether it's Chevy Chase as one of the two singing mime faces that open several episodes by lipsyncing instrumental music, Dick Cavett, who recites poetry and other writing; Henry Winkler leading a group of actors really going for it in a condemnation of modern convenience; or Andy Rooney, proving he was never young, in an early iteration of his famous 60 Minutes diatribes. The list of big names making appearances in this show is lengthy, including Elaine Stritch (doing a brassy, dynamite performance of "Ladies Who Lunch" from Company), Albert Brooks, Charles Grodin, Kurt Vonnegut, Linda Lavin and Charlotte Rae (in a segment that will forever change how you see Mrs. G), while Martin Mull provides several songs. The musical acts, though talented, are less famous, offering a mix of folk, classical and soul, though a road documentary on Blood, Sweat and Tears is entertaining.

The only real "star" of the series was Marshall Efron, a man recognizable for his glasses and mustache, who served as the consumer advocate of the series, opining on topics like the juice content in orange drink, the value of trash compactors and the chemical composition of a store-bought lemon cream pie. The reckless manner of his presentation, which was marked by difficulties like an inability to open a can of olives during a segment on olive sizes (yes, there was an entire segment dedicated to the size of olives) gives Efron an authentic charm that cuts the potential holier-than-thou feel of his preaching. Though the randomness of the show allowed it to do just about anything, more structure, like Efron's regular segments, would have made the series feel less like it meandered at times, which is often the case when the theater folk take over. The dramatic arts are great, and maybe it was just the time, but these bits live up to every stereotype of the way-too-serious drama student.

Though certainly of its time, when not off on flights of fancy, the series remains engaging, touching on topics like race (including an entire episode devoted to the issue), American politics, and a continuing thread on the idea of the American Dream. The most intriguing regular segment has to be "Talkin' with Terkel," a conversation between a group of seemingly average people from across America, led by Chicago radio personality Studs Terkel. Taking place in a bar filled with thick smoke (the amount of smoking seen in this series makes one thankful to live in a less cigarette-friendly era), the group talks honestly about topics like home ownership and religion, in a conversation that moves from friendly to intense and back again, and is as "real" a dialogue as anything you've ever seen on television. If this could be done honestly today, without becoming "reality" TV, it would become appointment television.

It's hard to say exactly what you're getting on these discs in terms of the overall series, as an episode list for the show is not available, and the discs are only broken down by segment, but this set seems to deliver six 50-minute best-of collections on the first two discs (each of these is led by Efron introducing the show as "highlights"), while disc three has four regular episodes (around four hours) and disc four offers three regular episodes and an odd short episode with just three segments. Because there's a mix of compilations and regular installments, there are a few duplicate segments shown, but they are few. Unfortunately, there are a few pieces seen in the "Next Week" portions of the episodes that are not included which are extremely tempting. Sure, there's nothing here that says complete, but it's still disappointing to know there's material missing from this set.

The Discs
This set is spread of four DVDs, which is packed in a quartet of ThinPak cases, each with a list of the segments included. (The packaging could have used some editing, with mistakes like listing "Andy Ronney" and "Evil Knievil" throughout.) These are held, along with a four-page insert, in an unusual slipcase that has the opening on the bottom. Each disc features a static, full-frame menu with options to play all the content or select chapters. There are no audio options, nor are subtitles available.

The Quality
The full-frame transfers aren't setting the world on fire, delivering a mix of sources from early ‘70s video to film or every style and quality, so consistency isn't a strong point. That's true even between episodes, as the best-of collections look far better than the regular episodes, which occasionally suffer from VHS defects and a good amount of video noise (one assumes the best-of episodes came from newer source materials.) Overall, considering the show's low profile and low-budget origins, it looks pretty solid and doesn't look to suffer from any digital distractions.

The Dolby Digital 2.0 soundtracks are just what you'd expect from a show like this, which means solid but in no way dynamic or bold, so you can hear everything going on and the music is strong. The regular episodes exhibit a video hiss that can be a touch distracting at times.

The Extras
The only extra included is the four-page insert, which features some background on the show, courtesy of NPR TV critic David Bianculli. There's some good info that puts the show into context for the many who will see this show and have no idea about it. 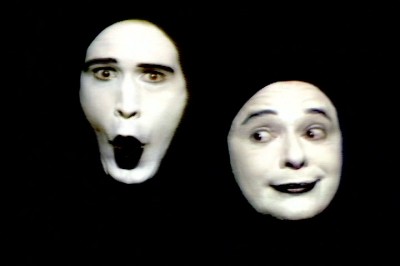 The Bottom Line
If you don't expect non-stop comedy gold and instead prepare yourself for several hours of unique and fascinating early ‘70s television, The Great American Dream Machine is a great experience, even when you have to slog through some of the less-engaging bits. For anyone who appreciates variety, this collection has a little bit of everything and there's no way you'll regret checking it out, as there's certain to be several segments that will stick with you long after. Thought the quality is expectedly simple and no real extras are to be had, the experience of watching this show is one worth having.