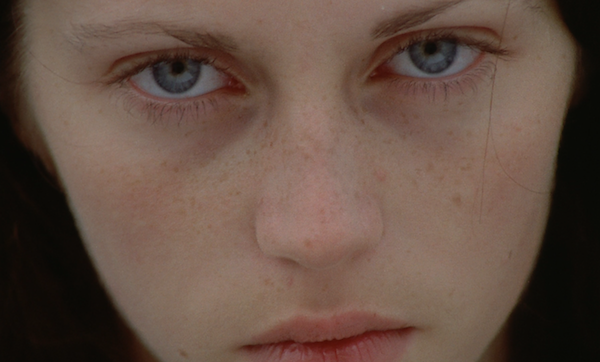 For many of the director's critics, Walerian Borowczyk's 1974 film Immoral Tales was the beginning of the end. What started as a promising career in animated filmmaking (some of it using drawings, some of it using cut-outs, in the style Terry Gilliam would later emulate on Monty Python's Flying Circus) seemingly devolved into a series of live-action softcore skin flicks. I mean, how does an acclaimed filmmaker end up directing the fourth sequel to Emmanuelle?

Viewing Immoral Tales now, it's easy to see why Borowczyk's critics responded in this way and why the director responded to the criticism by rejecting the label of "erotic" (read: pornographic) filmmaking. Immoral Tales is inventive, experimental, sometimes funny, and certainly artistically interesting... but it's also dirty as hell. The film's sole purpose is not titillation, but it's got plenty of that too. Borowczyk pushes the boundaries on the kind of outrageousness audiences will accept to create a subtle commentary on the morality of modern society... but does he really need so many extreme close-ups of exposed nipples and pubic hair to get the job done? Or does he just like it? 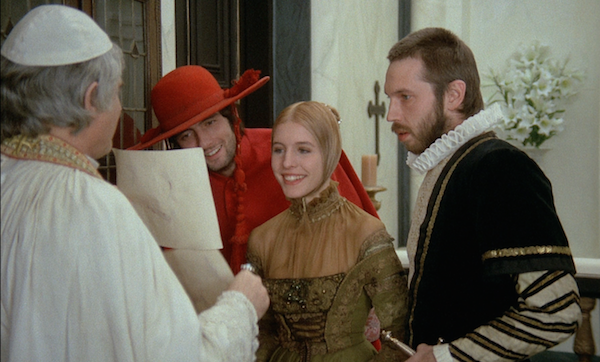 The first episode is "The Tide," based on a story by frequent Borowczyk inspiration André Pieyre de Mandiargues. Set in the present day, it involves a twenty-year-old boy (Fabrice Luchini, Potiche) constructing an elaborate sexual encounter for himself and his cute 16-year-old cousin (Lise Danvers). With parental figures out of the picture, he has the two of them journey out to a secluded stretch of beach, where he intends to synchronize his ecstasy with the rising of the tide. When the girl asks if they are going to make out, the boy makes it clear he has other intentions for those pert, full lips. Superficially, "The Tide" plays like a power-trip fantasy in which the bossy boy gets his cousin to do whatever he wants, but the performances make the power dynamic much more ambiguous. The girl is far from naive, and she clearly is using her self-involved cousin to satisfy her own curiosity and needs. Maybe there's something in there about a young woman finding her sexual identity in a repressive patriarchal world. Maybe.

There's certainly an argument to be made that that idea is being expressed in the second story, "Thérèse Philosophe." Riffing on a famous 18th Century dirty book, this episode follows a kinky young lady (Charlotte Alexandra, the memorable lead of Catherine Breillat's A Real Young Girl) who stays late after church one day, sensually feeling up all the religious ornaments (when she touches the vibrating pipes of the organ -- ooo-wee!). Her mother doesn't believe she was staying late to pray, so she grounds the girl and locks her in a room. The mother also leaves her daughter a few zucchinis for supper (...oh boy). When our heroine discovers an illustrated copy of the titular novel, which reportedly climaxes with the main character taking a bet that she can stay locked in a room with dirty books and not touch herself, things develop pretty much as you would expect. The ending of this story is a little harsh, but it's presumably (hopefully?) satirical.

The third episode, "Erzsébet Báthory," jumps back a century or so to an odd chapter in Hungarian history. Noblewoman Erzsébet (Paloma Picasso, Pablo's daughter) and her squire Istvan (Pascale Christophe) travel the countryside, looking for young women to take back to the castle. There, the women are showered and prepared for some sort of ritual. Not knowing the history myself, I didn't know exactly what was going to happen, but I assumed it was not going to be great news for these three or four dozen peasant girls. This episode does a great job of building intrigue and toying with the audience, and the payoff is appropriately shocking.

The final episode jumps back even further to the turn of the 16th century, when the Borgias held the papacy. With the subtlety of a newspaper editorial cartoon, "Lucrezia Borgia" envisions the title character (Florence Bellamy) not only taking part in incest with her father (the Pope!) and her brother, as has oft been alleged, but doing it at the same time (father-daughter-brother three-way!), while Dominican friar Savonarola (Philippe Desboeuf) preaches from a pulpit about the debauchery of the Vatican and is eventually burned at the stake.

Taken as a whole, Immoral Tales is a bit uneven. The latter two episodes are more effective pieces of filmmaking, while the first two get by more on charm and sex appeal. None of them are outright misses, though, which feels like an achievement. Yet, as well-made as Immoral Tales is, its nearly nonstop sexualized imagery makes it hard to give the film an across-the-board recommendation. If your tastes run to arty filth or filthy art (of which there is a little of both in this), Immoral Tales will make for some fascinating and provocative viewing. 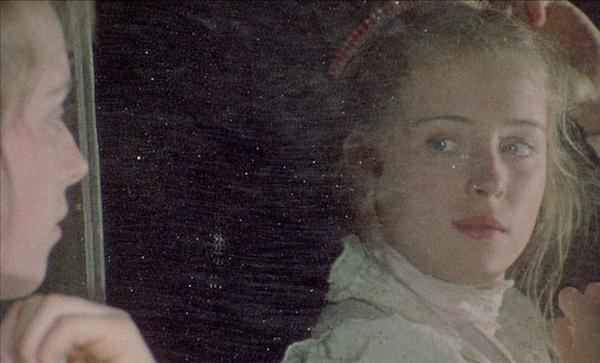 The Blu-ray
Immoral Tales comes in a Blu-ray/DVD combo pack, with the same bonus features on each disc. It includes a booklet featuring essays by Daniel Bird and Philip Strick.

The Video:
Arrow once again offers a highly detailed, stable, and mostly spotless transfer with this AVC-encoded 1080p 1.66:1 presentation. The final two period-set episodes look particularly saturated and beautiful, with vibrant reds. The "Thérèse Philosophe" episode looks a little more beaten up than the others, because it was transferred from 35mm blow-up from the original 16mm film. The rest of the film originated in 35mm.

The Audio:
The French (with Hungarian and Italian) LPCM mono audio (with optional English subtitles) is clean and clear, if unsurprisingly a bit narrow. The score by Maurice Leroux (The Red Balloon) is particularly well-presented, with its array of period-evocative settings. 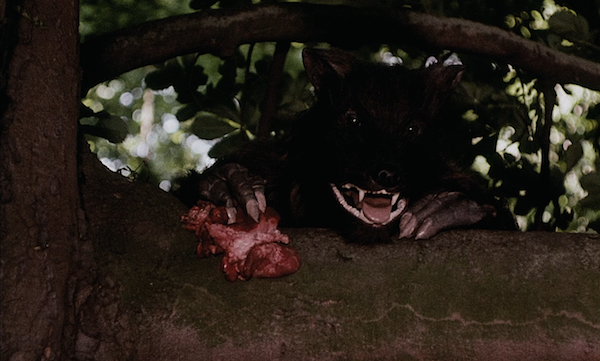 (HD, 2:05:25) - This is the original cut of the film, which won the Belgian "L'Age d'Or" prize, named after the famous film by Bunuel and Dali. (It's essentially for films that are groundbreaking and provocative.) This version is largely the same, but it features a fifth story right in the middle, "The Beast," which Borowczyk expanded the following year into a feature (Arrow just released it on Blu-ray too). "The Beast" is the most twisted, funniest, and most disturbing segment of the film, so it's hard to decide if it was clipped from the commercial release because it was too sick or because it just made the feature too long. In a nutshell, an aristocratic young lady (Sirpa Lane) follows a runaway lamb into the woods, only to be confronted by a giant, horny beast. What follows is half horror film parody and half bestiality-porn parody. In other words, probably not great for a family movie night.

Final Thoughts:
A fascinating adults-only look at perversion through the ages. Arrow thankfully offers plenty of illuminating extras which give worthwhile insight into the unique psyche that created this offbeat film. Highly Recommended. 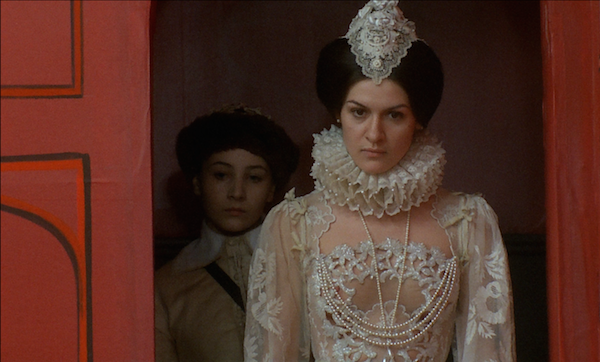