Salad Days: A Decade Of Punk In Washington, DC 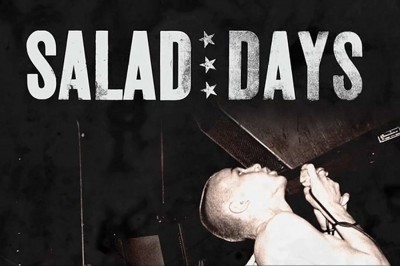 Salad Days: A Decade of Punk in Washington, DC (1980-90) gives an overview of that city's punk rock movement during the subgenre's most vibrant decade. The documentary uses archival footage, still photos and interviews with the music scene's participants to recount a creative evolution that, like many musical subcultures in America, dissipated and altogether disappeared when it was picked up by the mainstream spotlight. The narrative itself, along with the musicians, fans, and 'zine editors involved, are an insular group of people, which is probably one of the reasons the DC punk scene was able to sustain itself for an entire decade. Salad Days unintentionally becomes just as insular in its premise that the entire DC scene was created in and of itself through the now-popular DIY ethos that is often cited as the creation of DC/Virginia-based Dischord record founder Ian Mackaye, who is often shown as the music scene's representative member in the film. The film occasionally skirts the issue of a group of predominantly white middle class kids creating music in a mostly-black city, but it makes a few attempts to show that they didn't exist in a creative, and cultural, vacuum. Nonetheless, the film is an engaging portrait of one of the country's most musically diverse '80s punk scenes, which is shown (predictably) to have died out with the success of Nirvana and '90s alternative rock. 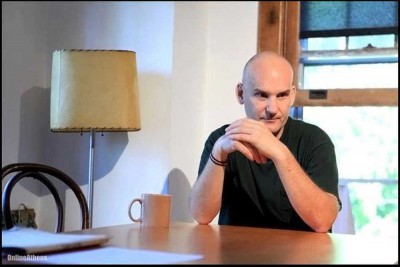 DC punk figurehead Mackaye says in the opening of the film, "The thing about Washington, is that it's a petrie dish of great ideas." The central focus of Salad Days involved the thesis that the DC punk scene was a self-sustaining world built by creatively driven artists who kept the scene going by recording and distributing their own records. While this is true in most ways, the film only makes brief reference to the larger musical and cultural worlds that propelled the punks in DC to create their music, their fashion, their personal belief systems. Unlike the inferior American Hardcore (2007), which gave a very generalized overview of eighties punk in the US, Salad Days at least has the presence of mind to briefly acknowledge the other, various cultural forces at play on the periphery of DC punk. While Mackaye, Henry Rollins, and other young punks in the upscale Georgetown district of Washington, DC were dodging rednecks and other hostile types who derided their strange fashion sense and abrasive musical tastes, predominantly African American inner-city DC was entering its first years of the horrific crack cocaine era. Violence in DC and in most American cities was on the rise in neighborhoods that were mostly non-white, but Mackaye and Rollins lament the TransAm driving jocks who beat them up because they walked around their affluent suburb wearing mowhawkes and dyed hair.

While it wasn't overtly racist, the DC punk scene was predominantly white. Salad Days sidesteps this issue in a curious way, which is all the more strange when the film only makes a passing mention of well-known, incredibly influential all-black DC band Bad Brains, whom Rollins, Mackaye, and many of the lesser-known musicians cite as a major influence. The film takes the mostly-white perspective of the DC scene as a given without examining why only a handful of black and other non-white musicians were part of the close-knit punk community in that city. 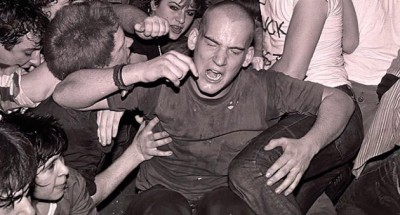 But Salad Days corrects this insular perspective in a small way by touching upon a DC-specific music scene called Go Go, which deserves a full-length documentary all its own. Go Go was a bass-driven genre that mixed funk and soul and was often accompanied by dancing in unison. Salad Days shows that Go Go and punk briefly intersected at a "Punk Meets Funk" show in DC, where a band called Trouble Funk played with Minor Threat in a show that would be the hardcore band's final performance. How did audience members who showed up for Trouble Funk react to the angry teenage skinheads in Minor Threat? Salad Days gives the punks' perspective of Go Go as a musical 'other' without letting those involved in the Go Go scene react to the odd interest that some punks had in that particularly non-punk sounding music.

DC punk bands in the film are noted for their Leftist stance regarding most of the political issues of the Reagan era, which isn't surprising. Nineteen eighties DC punk seems especially noteworthy for its political stance against South African Apartheid and other social issues, but the mostly white punks seemed oblivious to the social problems in their own backyard involving poverty, racism, violence, and drugs, that the African American Community was facing.

None of this is to say that the punk bands in DC during that era were insincere in their beliefs, or that they were so oblivious to the real social conditions of their city that they were completely out of touch. Like most underground music scenes that many regard as an affront to mainstream mores, the punk/DIY ethos was driven by creative people who pushed the envelope and took great artistic risks. With this point in mind, Salad Days is a noteworthy documentary because viewers get glimpses into the punk movement at its creative peak. 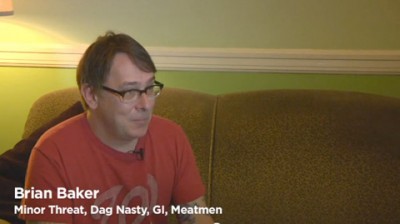 The film has great archival performances by Fugazi, Rites of Spring, Minor Threat, Marginal Man, and Beefeater. It's interesting to note in Salad Days the evolution of the DC scene from crude yet energetic hardcore bands in the early '80s, all the way to less punk-sounding, musically evolved bands like Rights of Spring and Fugazi. Some local musicians and political activists tried to take back the DC scene by booking their own shows and infusing them with political activism as a way of distancing themselves from the violence that began to plague some of the clubs. While well-intentioned, their aim was to evolve as a scene. But it was the musicians themselves, presumably tired of the limiting punk sound, who evolved artistically and moved past the narrow-minded punk ethos that inspired them to play music in the first place. Salad Days' narrative arc shows the most intelligent musicians growing out of their bratty punk attitude towards musical maturity (especially in the case of Ian Mackay going from Minor Threat, to Fugazi).

And so where did all of the great artistic leaps take the underground music by the end of the eighties? Salad Days takes the usual route of most underground and punk documentaries by ending in the early nineties, when the success of Nirvana turned mainstream rock music on its head. Music critics and documentaries like Salad Days, American Hardcore, and a relatively recent Ramones documentary called End of the Century (2006) mark the beginning of the '90s and the ascent of Nirvana as a transitional phase for underground rock, from obscurity to mainstream radio and chart-topping album sales. But similar to those documentaries, there is a tinge of bitterness on the part of underground and punk musicians who didn't find the success that Nirvana achieved, and they often felt that Nirvana's success was built on the backs of obscure bands who never had a chance to find bigger audiences and sell more records. Two-thirds of the way through Salad Days, when the obligatory section about Nirvana's success in the mainstream is brought into focus, we're shown a clip from their "Smells Like Teen Spirit" video, in which extras throw themselves into a pile, crowd surfing and moshing in an imitation of the "Teen Spirit" video. Moments later in the documentary, Ian Mackaye notes that stage diving and audience violence became more prevalent at Fugazi shows after the video became popular. Cut to footage from an early '90s Fugazi show where a member of the band pauses between songs, chastising the audience for jumping off of the stage, kicking and injuring others; less a concern for safety and more of a gripe for having their sound co-opted by MTV and major record labels.

And so, like most underground music documentaries of recent years, Salad Days ends with an undercurrent of bitterness about the collapse of a local punk scene under the mainstream co-opted weight of Nirvana's success, which is becoming a very uninspired, overly used contention in these kinds of documentaries. Salad Days, like those other surveys of underground music, present musical success as a kind of cultural dead end, leaving such music scenes forever trapped in their own insular little bubbles.

The DVD:
Video: The film's HD-shot interviews, in a 1.78:1 aspect ration, blend quite well with the grainy full screen video and 8mm archival footage that appears throughout the film. Colors are well balanced for the footage shot exclusively for the film, and some of the grainiest, most pixelated archival footage seems surprisingly well mastered. On a personal note, I've always liked the "collage effect" that the blending of different shooting formats can create. In an odd way, the video footage shot in the 1980s does a good job of taking the viewer to the time and place that Salad Days covers. The blurriest, most pixilated older footage of past performances sometimes renders images into abstract blobs, due partly to the fact that many of the performances were shot in dark night clubs, but most of it is visually pleasing in its own odd way. While the grainier footage transitions finely to smaller flat screen TVs, it makes me wonder how much blurrier and grainier (and perhaps almost unwatchable) the footage may possibly look when it's projected onto much larger theatre screens. But regardless, the mixture of new footage and old footage are balanced nicely.

Audio: The footage shot exclusively for the documentary has a 5.1 surround soundtrack that sounds crisps and is nicely balanced across multiple speakers. The older, analogue footage containing the musical performances can occasionally sound muffled due to the wear and tear of the original source material, for the most part, the audio in most of this footage has been nicely restored, even in performance footage where the source sound comes from the camera.

Extras: There are a handful of short interview clips that were deleted from the final cut of the movie. These clips enhance the viewing experience by giving brief snippets of the personal experiences and reminiscences of musicians who were part of the 80s DC punk scene. They are nothing extraordinary, revealing little that wasn't already covered in the final cut of the documentary.

There are also a small number of live clips that were all shot on analogue video. Fugazi, Government Issue, Marginal Man, Beefeater, Gray Matter, Embrace, Holy Rollers, Mission Impossible and Soulside have single song clips that appear and sound nicely remastered. Most of these bands are pretty obscure, and most have not been included in the mythologizing of the early punk movement, and so they will probably only appeal to punk fans who are willing to dig deep into the lesser known parts of underground rock.

Final Thoughts:
What is most notable about Salad Days is the strong work ethic shown from most of the bands that musically survived the entire decade. Most notably, the Teen Idles evolved into the taught-sounding, disciplined Minor Threat, which then evolved by the end of the '80s into the musically matured Fugazi. Despite the self-sustaining nature of the punk scene, it collapsed under its own weight when alternative rock and the popularity of Nirvana coincided at the beginning of the '90s. The documentary is somewhat uninspired in its inclusion of Nirvana's success, as, rightfully or not, a contributing factor for the scene's demise, much like lesser documentaries such as American Hardcore. Watch the DVD and its extra features for a brief overview of the punk music from that particular city in the '80s, and maybe pick up on some really good bands that you've never heard of, but it fails at including the scene and its participants in a wider context, much like the insular nature of punk rock in general.