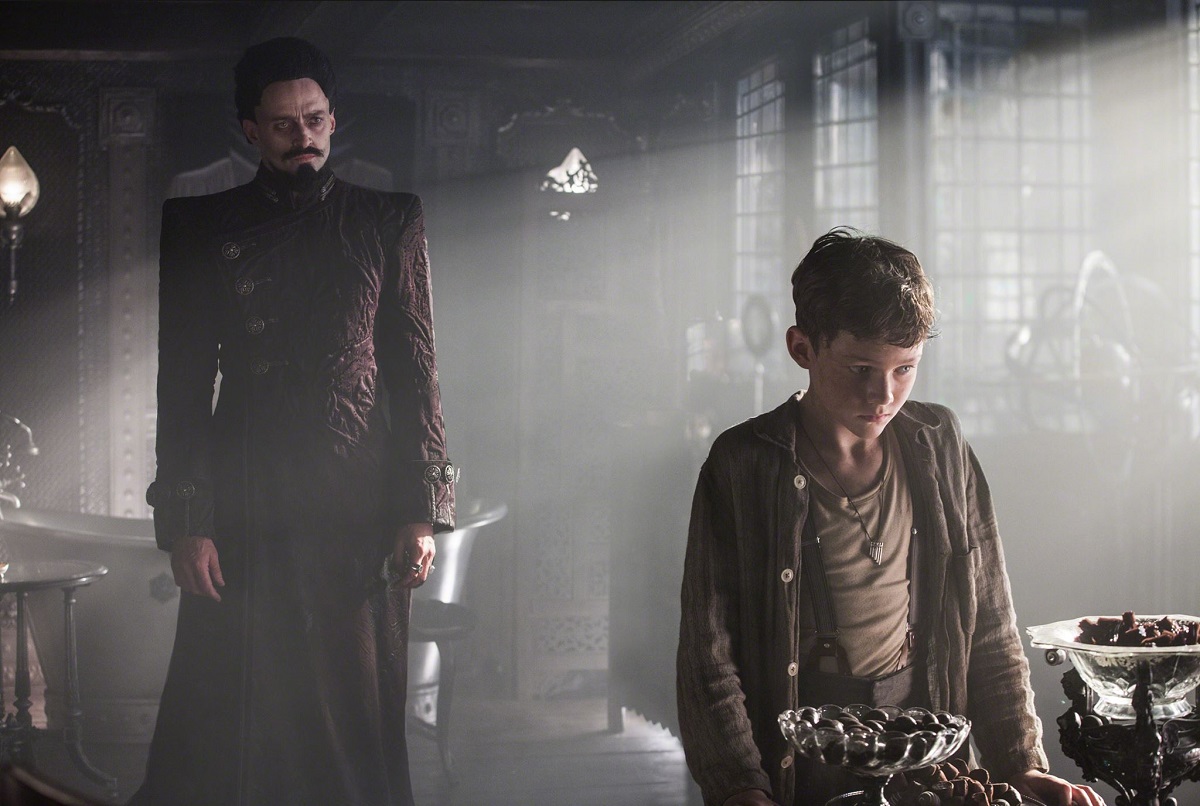 Peter Pan is everywhere at all times, and rightly so, being perhaps the greatest story ever told and an embodiment of our fleeting youth. Whether it be the original play, the original book, the classic Broadway musical, the live TV event, the Disney Fairies, the television adaptations, or the countless movie versions, this is a tale that begs to be told. We can all relate to Peter on some level, can understand his desire to never grow up, and apparently we don't get tired of seeing him put on screen again & again. We are willing to suspend disbelief when it comes to NeverLand, can accept multiple different origin stories, and really don't seem to care how varied viewpoints clash. Pan is definitely a unique take on this classic, and I applaud it for re-imagining something that has been done a thousand times. I doubt audiences will feel bitter about the kooky creations that find there way into this new version of Peter's back story, but they may mind the multitude of other problems that make this a bad movie, not a bad rendition.

During the Blitz of London of WWII, surviving was the main goal. Bunkering down, going short on rations, watching families torn apart; this was the norm, and a life Peter lived first hand. His mother left him at an orphanage as a baby, promising that they would reunite someday. Now, years later, Peter refuses to resign himself to the fact that no one will ever come get him. And actually, somebody does, but it isn't who he expected. A floating pirate ship kidnaps a whole gaggle of boys, carrying them off to NeverLand where the evil Blackbeard holds dominion. He is in a constant war with the natives of that land, having already defeated the fairy kingdom. Blackbeard wants pixie dust, needs boys to mine it, and is always eying a chance at total victory on the magical island. The truth about Peter's parents lies here, and he'll need the help of two untrustworthy men to find it: an overseer name Smie and a miner named Hook. Together they embark upon a grand adventure, filled with crocodiles, flying ships, a beautiful princess, and the key to the fate of this world.

My critiques of this movie have nothing to do with its original content. I knew going in that this would be an offbeat version, an alternate origin story, a completely new imagining of where Peter might have come from and how he might have made the relationships he did. I don't care that it didn't stick to the story we know, that it's different from other film versions, or that it used a healthy dose of poetic license. No, what bothered me was the crafting of the film itself, not its gall. Take, for example, the use of popular music. In two scenes, Blackbeard and his crew sang Smells Like Teen Spirit and Blitzkrieg Bop. I don't mind that, it can work, I loved Moulin Rouge and liked A Knight's Tale. But you had better own that if you hope to make it work, just like you had better own the changes you made to the story we all love. Pan fails to stand up for itself in the use of those songs by only doing it twice in quick succession, and it fails to stand behind its plot choices by succumbing to bad CGI, unbelievable action, and cheesy acting.

There was one scene in particular where I felt "this is a good movie, this could work, this is the direction it needs to go." It was a quiet conversation between Peter & Blackbeard where the latter really showed some emotion. It was a nice moment and could have allowed me to accept the strangeness of the rest of the movie had that achieved vibe continued. But it didn't, they let that brief magic off the hook, and the rest of the film was a speedy spiral downward. The effects were silly, too quick to follow, and made little sense when chopped up. I often found characters in spots they shouldn't have been able to be, but appeared there after a scene splice. Perhaps some good acting might have tricked me into paying less attention to the details, but unfortunately that was lacking. Jackman was only solid in that one scene, Hedlund started out as likeable until the 50th time he used that odd voice inflection, and the kid who played Peter impressed me less & less the more he was asked to do. Add in Margot Roth Spiegelman as a half-dozen mermaids, a white Tiger Lily, & Amanda Seyfried as Peter's mom, and you've got a film that's quickly become a problem. There's a rub; you can't have more issues than you do captivating moments. And while there might have been a few clever scenes in passing, the majority of the movie was issues, imperfections, and bad choices.