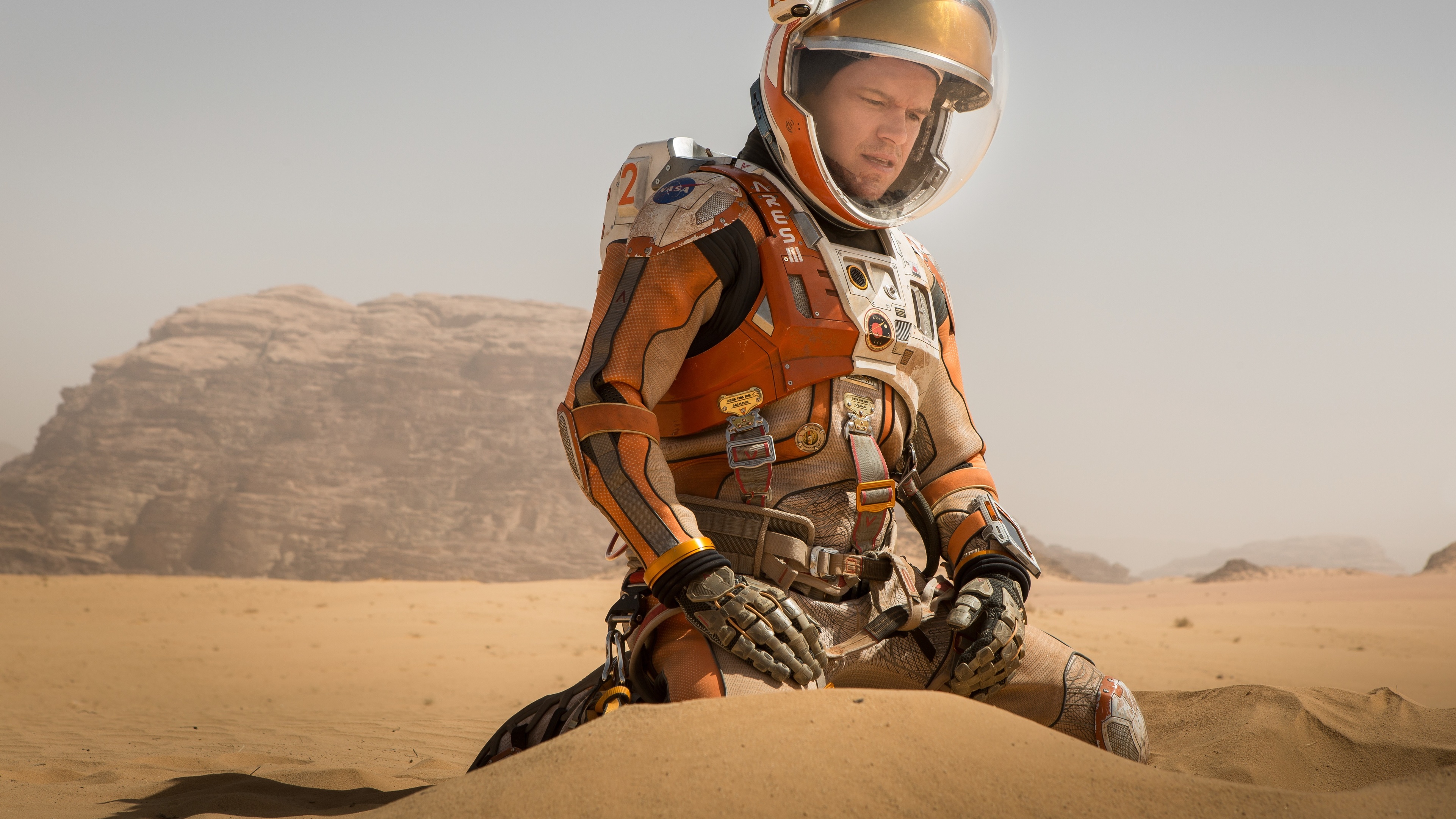 High on many Academy Award Prediction lists is Ridley Scott's newest adventure film The Martian. It's a rare combination of sci-fi action, A-list celebrity, and Oscar buzz, something Interstellar flirted with last year but couldn't ultimately turn into results. Early ratings of The Martian make it the 123th highest rated film of all time on IMDb, while Interstellar sits at 29th. That tells us how audiences feel about these compelling action epics, even if the Academy holds back when it's time to hand out awards. Regardless, this is a genre that Americans love to watch, supporting our inherent interest in space, survival, and thrilling journeys. The Martian is literally a film about a thrilling space survival journey, and so was always going to succeed, at least at the box office. But that doesn't necessarily or automatically make it a brilliant cinematic achievement, and compared with Interstellar, I found it problematic in far too many areas.

Ares III is a manned mission to Mars, crewed by a brilliant team of scientists & astronauts, including botanist Mark Watney. They make camp on the surface of the red planet, begin their research, and write history with each sample collected. But when a major Martian storm threatens the mission, their only option is to evacuate, cutting their adventure short. Struck by a piece of debris during the escape and assumed dead, Watney is left behind, while his friends begin the long & grueling flight back to Earth. But Mark is very much alive, for the time being, though he has no idea for how much longer. He is injured, left without communication, has little food & water, and is literally the only living thing in the entire world. To survive, Mark will have to use every ounce of endeavor, intelligence, and perseverance he has, willing himself to beat the odds every day until a daring rescue can bring him home. 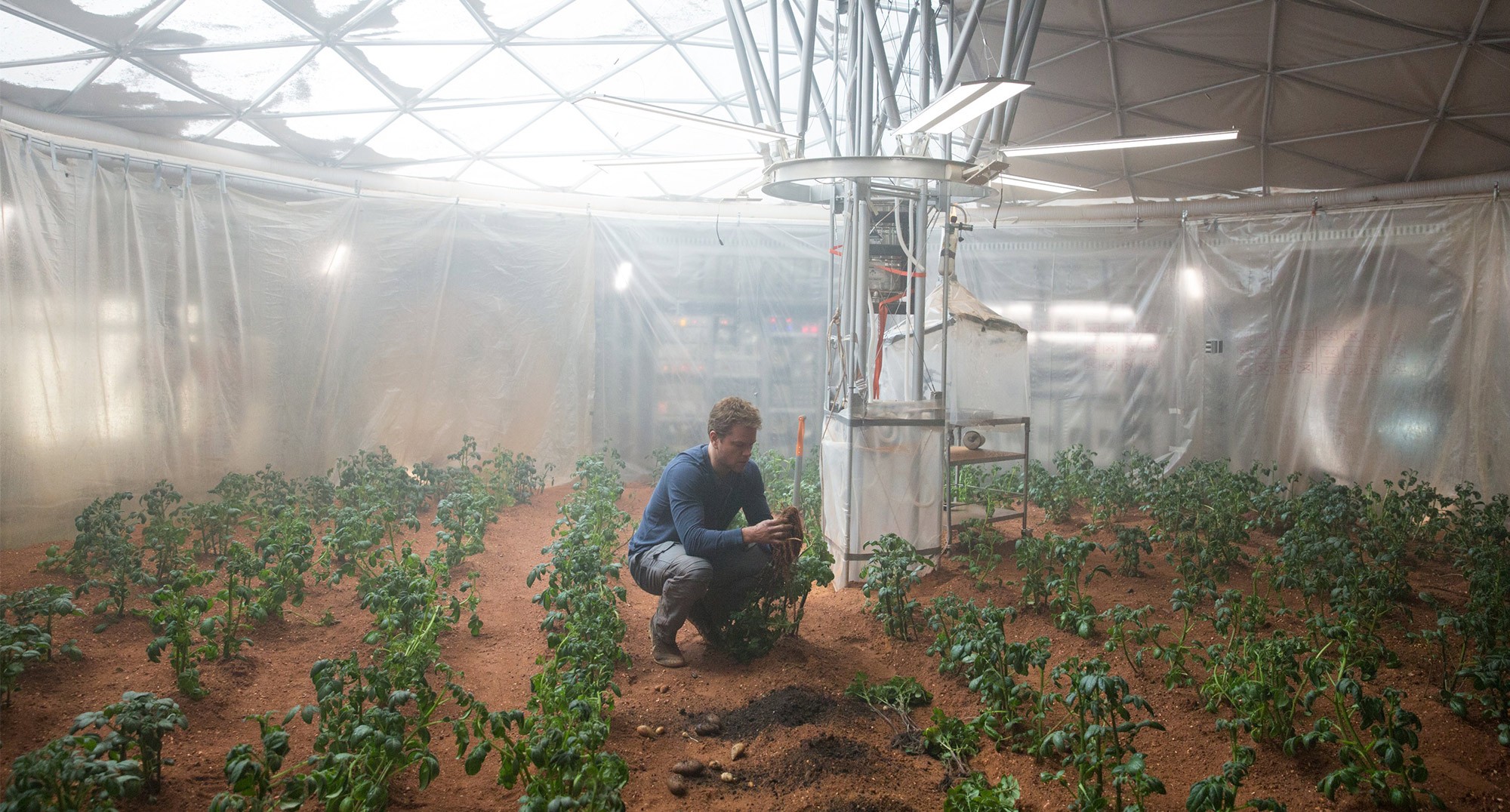 Let's start with the positives, and there are definitely many of those. Ridley Scott succeeds here like he hasn't in years, producing his best film since 2012's Prometheus in my mind, since 2005's Kingdom of Heaven in many others'. His recent projects haven't impressed, but he returns to his sci-fi/action roots with The Martian, a genre in which he seems very comfortable. The story is just technical enough, the pace never slacks off, and Scott is always in control of the film as a whole. The Mars set was amazing, including Watney's spacesuit, his land rover, and his "home", creating an exciting atmosphere where danger was always lurking. Matt Damon was perfectly cast in his role, bringing humor to a dark situation and heroism to a lonely planet. The Martian is over two hours of space entertainment, a crowd-pleaser all the while.

But that doesn't mean it was perfect. The film has a laundry list of problems that will bother a critical eye, even while it passes by your average audience member. That's not to demean those looking for enjoyment; you'll find it here, and more power to you if you leave the theatre satisfied by a fun evening. But the imperfections exist; it's your choice to ignore them or to let them distract you. First, The Martian is an odd combination of two Tom Hanks movies: Cast Away and Apollo 13. Both films are better, making this one pale in comparison. Also, if you want to see a man alone in space struggle to keep it together, watch Moon, a far superior film. It shouldn't be this easy to think of better options, but that's how The Martian plays, as a solid attempt at a genre film that's been done better numerous times before.

And that's just a general problem, something that, again, might not bother every movie-goer. So what if Apollo 13 is better, that was twenty years ago, right? But it puts the incredible buzz around this film into perspective, and alerts the mind to wonder "why exactly isn't this as good as a dozen movies I can think of off the top of my head?" Perhaps it's the Ares crew, a gaggle of terrible acting led by the lifeless Jessica Chastain, whose float through a spaceship might be the most unrealistic movie scene you will ever see. Perhaps it's the gang down on Earth trying to get their guy home, a cluster of cameos that are almost too horrible to believe: Jeff Daniels as a man with only one emotion, Kristen Wiig pretending to work for NASA, Sean Bean making LOTR references, and Donald Glover with some of the worst character acting ever. And perhaps it's the constant solving of insolvable problems, all while cracking dumb jokes and teasing us with the idea that, oh!, maybe he'll die, maybe he'll spin off into space, oh!, watch that cord, it might rip! These small issues collect together to form a pattern of annoying distractions, taking attention away from what is, at its core, a solid space film. Scott, Damon, Ejiofor; all good, all professional, all steady. But they weren't incredible enough to hide all the flaws that appear when considering The Martian as an Oscar-contender rather than a blockbuster. 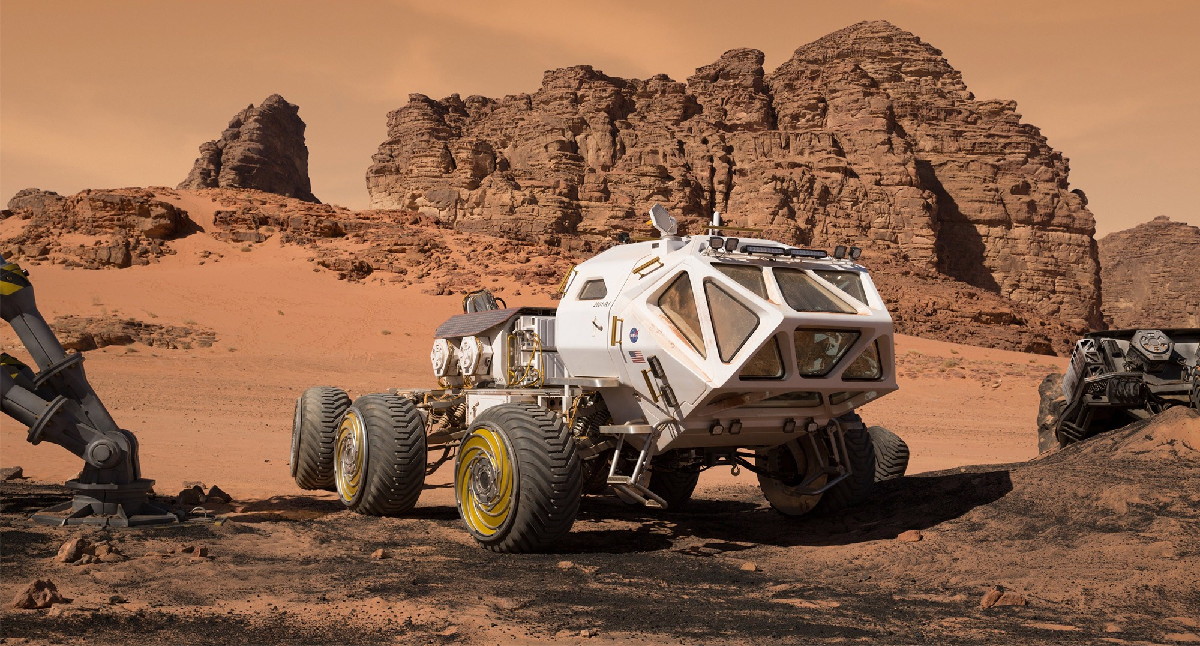