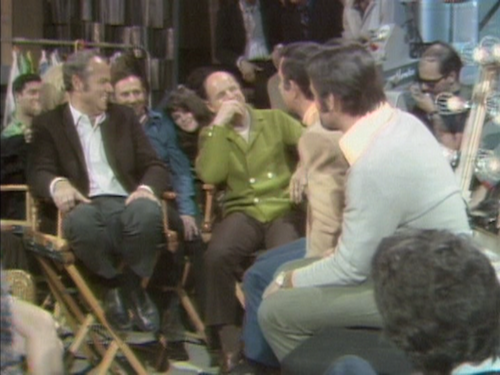 Issued as a kind of teaser for their new 8-disc Don Rickles box set, Time Life is offering a single-disc release of two '70s specials starring Rickles under the title The Don Rickles TV Specials: Volume 1 (Volume 2, naturally, is only currently available in the box set). The contents of this disc are utterly fascinating, although unfortunately, it is oft times for the wrong reasons. These two specials contain some great moments but they only fitfully suit the personality of their host. 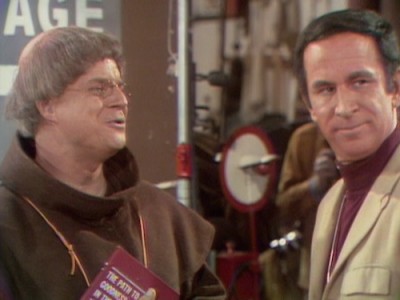 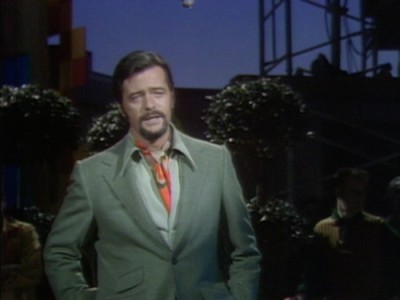 This first special starts off on the right foot, with a panning shot of a largely undressed soundstage, full of crew members moving scenery around and Rickles sitting down with his guest stars in directors' chairs, seemingly bantering off the cuff. Rickles's long-time buddy Don Adams talks about razzing Johnny Carson at a live performance. The Carol Burnett Show's Harvey Korman talks about his earliest days as an actor. Rickles picks on musical guest Robert Goulet for his constant need to touch people when he talks to them. Even though it is clearly a staged set-up, the rapport is real. Rickles, known for being the king of insult comics, needs other people to bounce off of. And though he might have slowly built up a repertoire of biting things to say to different kinds of people, his gift is the ability to access those gibes in the blink of an eye.

It seems a shame, then, that this special spends so much time trying to cast Rickles against type. The bad creative decisions start with a jaw-droppingly overlong sketch in which Rickles plays a monk who comes to Hollywood to see his life filmed and is horrified by all the drug use and sex that has been thrown in to make the story more commercial. It's not a terrible idea, but not one that can necessarily prop up 10+ minutes of screen time, and certainly not one that exploits Rickles's abilities. A sketch with a bickering couple who won't let each other get to sleep is a little more in line with what we might expect from Rickles but the jokes are few and far between. The worst is probably the sketch involving Harvey Korman as a hippie guru who makes out with his female acolytes and Rickles as a square newlywed who unexpectedly cuts loose with the free-love freaks.

The special ends on an odd note, with Rickles fielding questions from three (non-actor) psychologists who are trying to understand why such a nice man is so mean onstage. This bit doesn't completely work, but it's more in the ballpark, at least. Rickles certainly gets a nice back-and-forth going with the docs. His comebacks to a number of attempted putdowns from the youngest of the shrinks proves that Rickles is as good at getting insults as he is at giving them. 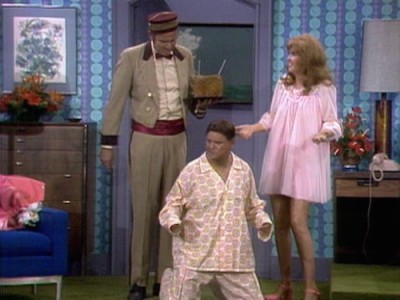 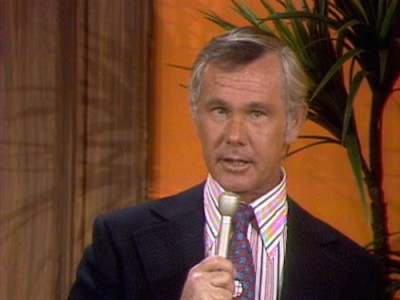 While the first special attempted to do something a little different from the normal star-studded special, with its loose, hang-out vibe on an audience-free soundstage, Alive and Kicking goes the complete 180 and does the typical variety show presentation with dancers, a main stage, and a big studio audience. I certainly liked the offbeat vibe of the first attempt, but it's hard to deny that this more conventional special is actually much stronger.

Rickles starts off the show by wandering the studio audience and doing some signature crowd work. After that intro, he is placed in some sketches that allow him to do a little acting, but better suit his established persona. Anne Meara plays a recidivist bride who takes on mama's boy Rickles as her fifth husband, only to find him unduly reticent to hop in the sack on their wedding night. Later, Rickles plays a security guard at the UN who has trouble not insulting the dignitaries whose credentials he needs to verify; when he is told he plays nice or he gets the boot, Rickles's character inevitably blows a gasket. Rickles also finds room for his friends to get a few good jokes in: Johnny Carson has a suitably deadpan bit as a pseudo-courtroom reporter, while Don Adams, Bob Newhart, and Carroll O'Connor get funny cameos in a bit about a plastic surgery awards show.

The parts that don't work about this special are anything that doesn't involve comedy. While The Many Sides charmingly made Robert Goulet sing a love ballad to a crowd of gathered male crew members, Alive and Kicking is punctuated by bland, tone-deaf musical numbers focused around singer-dancer Juliet Prowse and the Todd Hansen Dancers. Prowse and some male back-up dancers prance and gyrate through a bizarrely arranged pop-orchestral rendition of Elton John's "Honky Cat," and later Rickles and Prowse demonstrate their lack of chemistry by performing an awkward song-and-dance duet.

Both specials have their highlights, but it is clear that it far less satisfying to see Rickles perform a written bit -- or anything that isn't comedy -- than it is to see him attack and parry in an unplanned conversation with friends or strangers. Of course, if you were famous during a certain era, TV specials were just something you did. As such, The Don Rickles TV Specials: Volume 1 is extremely valuable for its time capsule aspects, but it provides entertainment less consistently than it provides bemused wonderment. 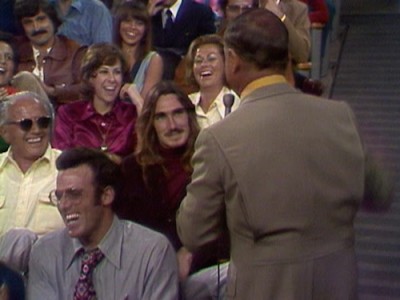 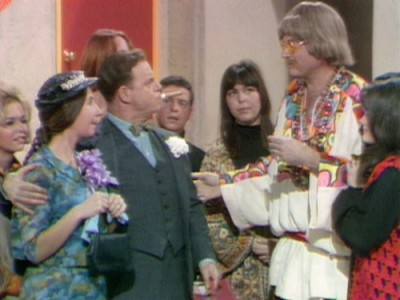 The Video & Audio:
These specials look and sound pretty good for 40+-year-old video. The standard 1.33:1 image is unsurprisingly a bit smeary and not great with fine detail, but there are relatively few analog dropouts and other such defects. The Dolby 2.0 mono sound is also satisfyingly clear, without much noticeable tape hiss or noise to distract. No subtitles but English closed captioning is available.

Special Features:
The disc offers a few newly recorded but brief 15-30 second intros from Don before each special and also before the main special feature: Jimmy Kimmel presents TV Land's Legend Award to Don Rickles (7:36), in which the talk show host pays tribute to the old-timer, along with a clip reel, followed by Don's cranky acceptance speech.

Final Thoughts:
The Don Rickles TV Specials: Volume 1 disc represents an only semi-successful attempt to plug Don Rickles's unique talent into the TV variety show format. There are some good laughs, but also some long dull stretches. Having not seen the whole Rickles box set, I'm left to wonder if this disc might not play better within the context of all that other material. As a standalone release, it's not a must-own. However, it is pretty reasonably priced and has enough potential enjoyment for fans of vintage television, that it does come mildly Recommended. 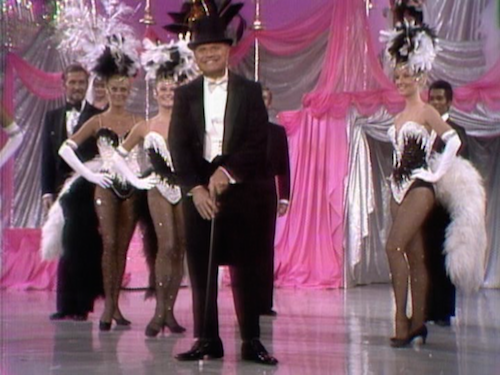