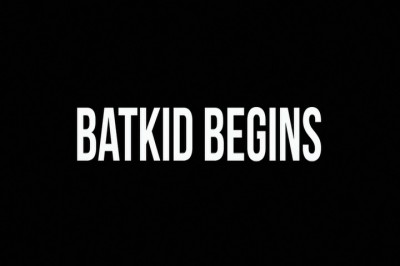 
The Movie
When a wide-eyed child come to you with a request, you take a second to analyze it and make a decision. When a wide-eyed child with cancer and an uncertain future comes to you with a request, you can't answer "YES!!!" fast enough. For the Make-A-Wish Foundation of America, granting wishes for terminally and severely chronically sick children is what they're known for, starting with their first posthumous wish bestowed upon Chris Greicius, a young Arizona boy who died of Leukemia. His dream in life, before it was cut short by cancer, was "to catch bad guys" with his father, an Arizona U.S. Customs Agent. Following his death in 1980, the birth of the foundation was quick and so began the Make-A-Wish legacy. To date they have granted well over 100,000 across the United States. With chapters stretching in all directions, you're only a click or phone call away from submitting a child for a wish.

For the Scott family, life in Tulelake, California seemed to being going well. Nick and Natalie Scott were a young couple with an adorable toddler, Miles, living life to the fullest. A small lump on the side of neck earned Miles a trip to the local Urgent Care Center where they told he had a common ear infection. Natalie's "mother's intuition" said it was something more than just an ear infection. After a battery of tests, it was confirmed that 18-month-old Miles had lymphoblastic leukemia, a form of white blood cell cancer. During his aggressive chemotherapy sessions, it was mentioned to Nick and Natalie that they should contact the Make-A-Wish Foundation, not knowing how long Miles had to live. Wanting to focus all their time and energy on Miles and his treatment, they opted to wait until after he completed chemotherapy to fulfill his wish, one that every young boy and a few men might see as "super", making them a "hero" among their family and friends. 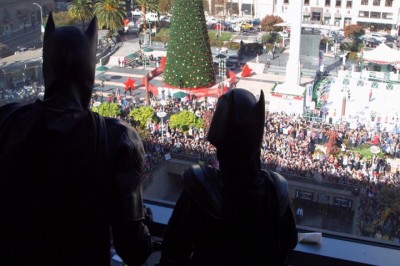 Even before he became sick, young Miles was infatuated with Batman, a hero of epic proportions. Miles regularly watched the Batman movies, old television series and even dressed as his idol. While in the hospital in Portland, Oregan, Miles was asked to make a special wish. Quickly and without hesitation burst out with "Batman!" Being that he was five years old, BatKid was the appropriate alternative. With that, a phone call to Greater Bay Area Make-A-Wish Foundation got the ball rolling and once Patricia Wilson, Executive Director for that chapter got a hold of the wish, there was no turning back. What better way to help fulfill a child's wish than by transforming them into someone who saves others. Ms. Wilson prides herself and gives a nod to the foundation on being able to "give a child a little bit of their childhood back" and make them forget about what's really happening to them. I've seen through family members and close friends the incredible impact a granted wish can have on a sick child.

I enjoyed watching Miles' story and wish play out on screen. I thought it was sensitive to Miles and his family, as well as touching to the viewer. Let's face it, there's no easy way to talk about cancer and the uncertainty of life, especially when it involves a child. I was touched and moved to tears several times during the movie as you saw how breathtaking and fulfilling this wish was to Miles and his parents. For a day, he was like any other boy or super hero, just living the dream. I did, however, find the flow of the scenes to be a bit choppy. I'm not sure if it was meant to give the viewer a break from location to location, but I definitely felt like pressing the fast forward button to get to the next scene. Overall, I can see why it received so many accolades, award nominations and special recognitions, it was a beautifully shot documentary that was heart-warming and uplifting. 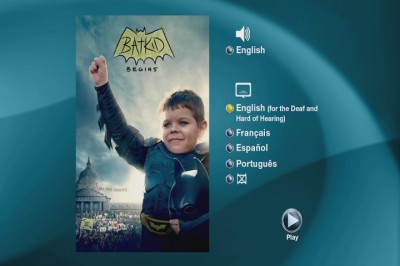 The Disc
Arriving in a standard-width keepcase, the DVD features a bland, static menu with options to play movie and adjust the set-up. There are no audio options, while subtitles are available in English SDH, French, Spanish and Portuguese.

The Quality
The anamorphic widescreen transfer is colorful and detailed with decent black levels, blending newly recorded interviews with news footage and home video clips smoothly to make a good looking film. Despite some very crowded scenes, there were no noticeable issues with compression artifacts, and no concerns about dirt or damage. It has a very cinematic quality for a documentary.

The Dolby Digital 5.1 track on this disc offers standard documentary sound, with voices heard mainly in the center channel, with some music and atmospheric sound finding their way to the surrounds. Nothing stands out about the presentation, but there's nothing negative about it either.

The Extras
No extras were included in this disc. 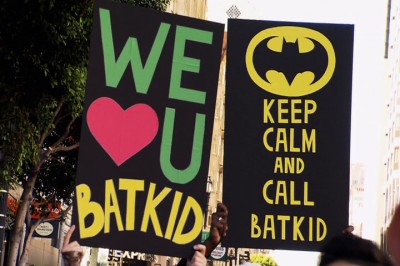 The Bottom Line
Everyone has hopes, dreams and wishes, and in normal cases a long lifetime to see some, if not all of come true. For children stricken with a terminal or severely chronic illness, they face an uncertain future. The Make-A-Wish Foundation is an incredible organization offering those hopes, dreams and wishes. To be able to give a child a moment to "step back" from being sick and forget about their illness, is the ultimate gift. I was especially in awe watching Miles' story and seeing the tremendous amount of compassion one small child could produce. In a world where there is so much hate and tragedy, it was refreshing to see the good in people come. This movie was beautifully put together and, as a parent, it really pulled a heartstring. The disc does offer excellent quality and superb audio, unfortunately, it did not include any extras, so once the movie was over, all you have to do is shut the tv off out. As much as I feel it would be a good addition to one's collection, it's not something you'd watch on a regular basis.