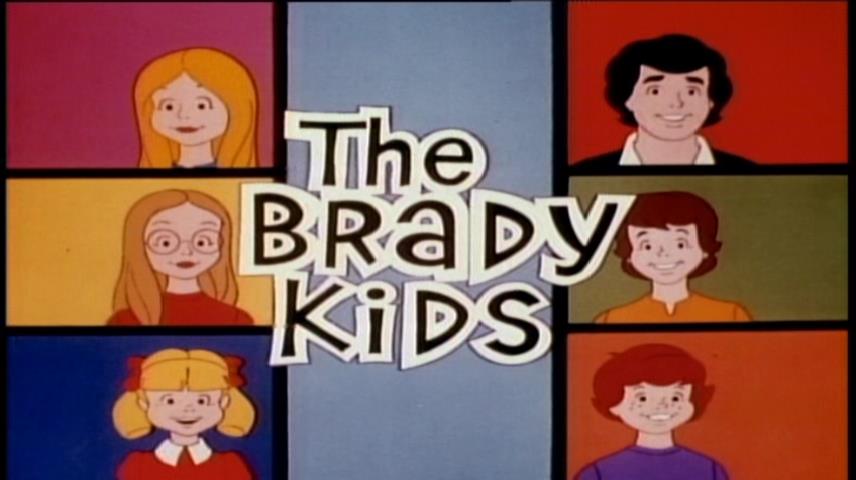 "Let's get set now for action and adventure, as we see things we never saw before!" Another of my Holy Grails has made it onto DVD at last- The Brady Kids, the 1972-73 Saturday morning cartoon adaptation of one of TV's guiltiest pleasures The Brady Bunch. A number of prime-time sitcoms in the 70s and 80s got the Saturday morning animated treatment, but very few of them have been seen aside from their original network runs. The Brady Kids was briefly syndicated in the early 80s, which was the only other time I was able to see it and know that it actually existed. It seems a number of Brady Bunch fans have been writing to Paramount for several years to get this show released on disc, and that effort has finally paid off! 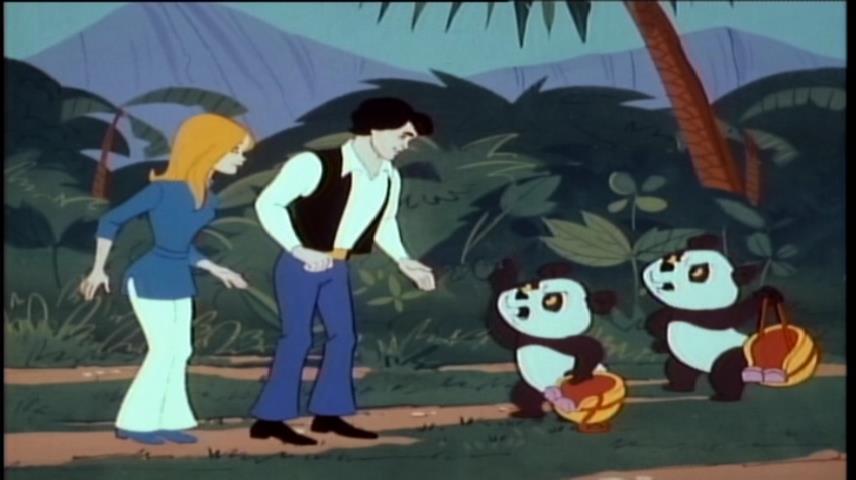 Produced by Filmation, the show focuses on step-siblings Greg, Marcia, Peter, Jan, Cindy and Bobby, all voiced by the original cast members (Barry Williams, Maureen McCormick, Christopher Knight, Eve Plumb, Susan Olsen and Mike Lookinland) at least at first- the last five episodes which aired in late 1973 ended up with Filmation head Lou Scheimer's kids Lane and Erika filling in as Greg and Marcia due to problems with Williams and McCormick's contracts. The kids have built a huge treehouse in their backyard and spend most of their free time there away from their parents who never show up here, but they do have a new dog named Moptop as the dog Tiger from the original show had mysteriously disappeared after just a few episodes. The first episode has them enter a hot-air balloon flying contest where they end up crashing on an island and finding Marlon the magical mynah bird (voiced by Larry Storch), who wears a sorcerer's hat and casts magical spells although they rarely turn out as intended. He ends up coming home with the Bradys and spending the remaining episodes with them, along with two other creatures from the island, panda bears named Ping and Pong who ended up stranded there during a botched space-travel experiment. They both speak in Chinese but are voiced in sped-up gibberish by Jane Webb, with the producers hoping viewers won't notice. Since none of the human friends from the show were interesting enough to cross over into the animated world, we instead get the dim-witted Chuck (also voiced by Larry Storch) who cheats at almost everything in life, and hippie-ish Fleetwood (Storch again) who doesn't do much other than provide most of the show's period slang like "groovy" and "I can dig it" (to which Bobby replies "How can you dig without a shovel?")

Throughout the show's 22 episodes, the Bradys find themselves in some rather ridiculous situations, such as finding small men from the planet Venus traveling in a spaceship that looks like a football, Bobby getting his voice swapped with that of famous movie star Clint Flint (whose name you'll forever remember just because it's said a billion times in the episode), and dealing with Merlin the Magician turning their town upside-down through one of Marlon's many magical screwups. They also have a few more mundane stories closer to their original show such as Greg and Marcia running against each other for class president (with Chuck also running, trying to cheat his way to the top) and appearing on yet another TV talent competition. There's also a number of odd cross-overs with other characters- the Long Ranger and Tonto appear in one episode (did kids in 1972 even know who they were?), Superman and his alter-ego Clark Kent show up in another and almost get done in by Kryptonite in Jan's rock collection, and the kids travel back in time to ancient Greece with Wonder Woman in another (which is said to be her very first on-screen appearance.) A truly obscure cross-over for the Filmation cartoon show "Mission: Magic!" has Marlon once again messing up things with his magic, turning that show's resident cat into a hippopotamus- the whole episode is truly confusing unless you've heard of the other show. Crime is certainly a bigger problem in this animated world than it ever was in sitcom-land, as many episodes find the kids foiling thieves, con artists and those who would kidnap and exploit Marlon. Each episode works in a bubble-gum song taken from one of the Brady Bunch's albums using performance animation that looks like it was recycled from The Archies. Their best-known songs like "Time to Change" are done here along with some lesser-heard gems like "I Believe in You," "Drummer Man" and their cover of "Me and You and a Dog Named Boo" (which weren't included on the "It's a Sunshine Day: The Best of the Brady Bunch" CD.) It's said that the push to have the Brady Bunch cast become a musical act was part of what eventually killed the show, as it just put too big a strain on them. (Their singing on the albums wasn't the greatest, but many of the songs apart from the unlistenable Christmas album are quite good for the bubble-gum genre.) 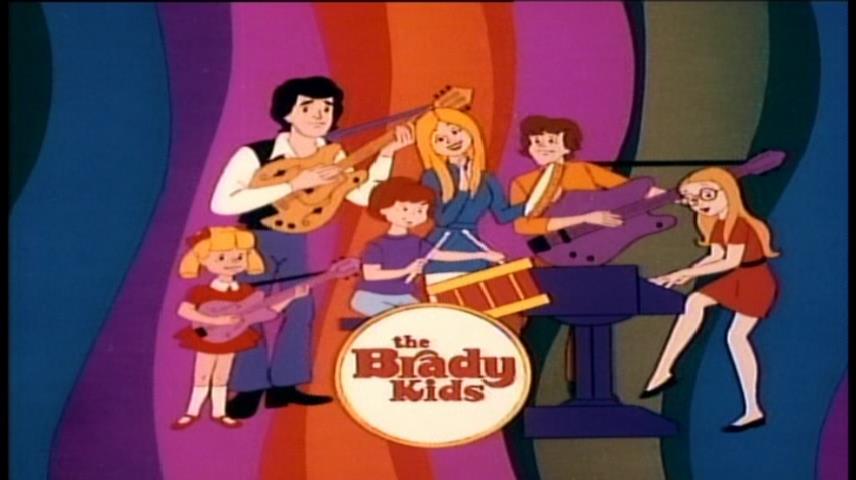 Filmation's animation style is certainly recognizable here, with often cheap-looking design that often has characters walking past the same background 3 times in a row and shots that only have a character's mouth moving while the rest of the frame is practically frozen. Most of their shows had an interesting way of having speaking characters appear up-close yet clearly positioned to the very left or right of the frame, and Bobby's design looks mighty similar to that of Rudy from "Fat Albert and the Cosby Kids". The audio includes a laugh track, with applause at the end of the musical performances. The first time I saw a cartoon show that had these effects I was confused out of my mind- how was a live studio audience watching a drawn cartoon playing out onstage? There's many recognizable TV cartoon sound effects used here as well, which thanks to the end credits listing I now know were from Horta-Mahana Corp. 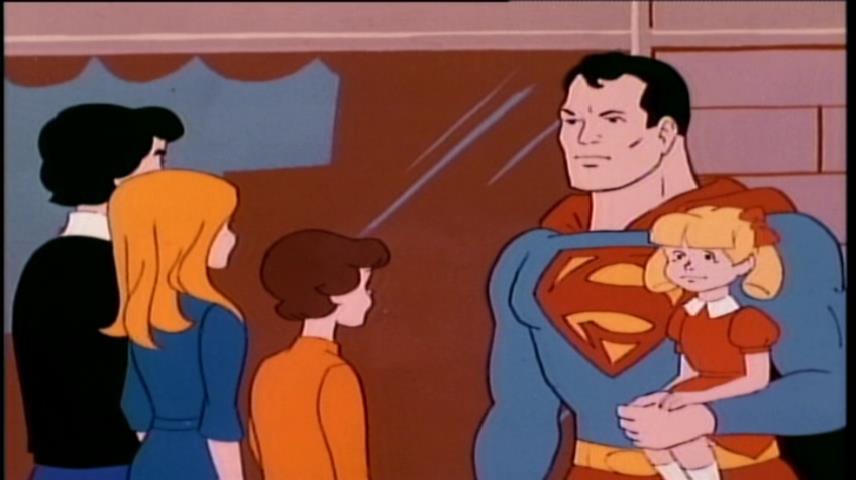 Source for these shows appears to be from analog tape, and no clean-up seems to have been done. Color appears a bit faded (though it likely looked that way on the shows' first airings) and clarity varies from show to show with a couple appearing a bit out of focus. The DVDs show slight compression artifacts in a few places. Hearing-impaired subtitles are included, which show the lyrics of the songs being performed in the episodes but not that of the opening theme.

No clean-up has been done with the audio either- most of the sound has the quality of 16mm film. The music segments definitely suffer, as the original recordings I've heard on CD were quite well-produced even if the kids' vocals weren't the greatest, but overall the quality is what you'd expect for TV material from this era. As usual, the mono tracks are encoded on disc as 2-channel Dolby Digital but stay centered with Pro-Logic enabled. 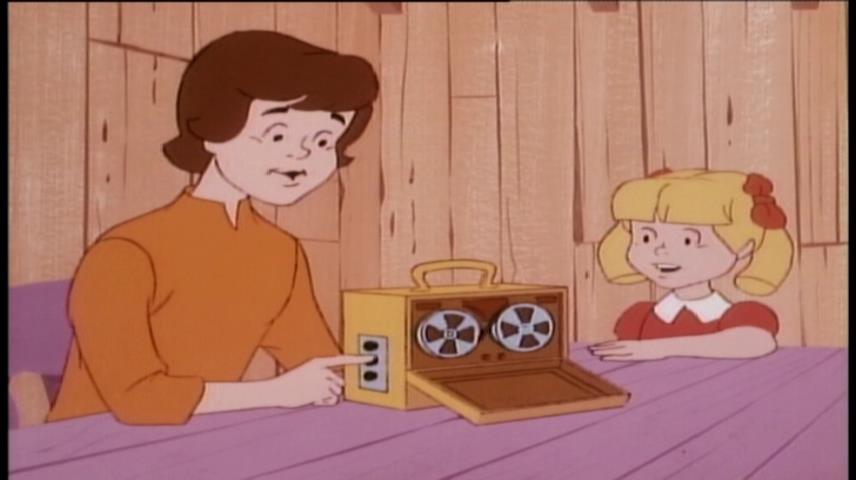 No extras are listed on the cover- the discs are labeled in the plain grey that Paramount has been using the past few years (instead of the nice full-color labeling that was on the original series' discs) and have the episode titles listed on them in text that is a bit hard to read. However, peeking at the 3rd disc I did see "SPECIAL FEATURES" printed near the bottom, and this turned out to be a few short teasers for "next week's episode" that originally aired at the end of the prior week's show. They're rather well-hidden as they only show up when you select an episode from the menu and you get the option to play that episode with or without the promo at the beginning. Of course it would have been nice to have all the original commercials from the first airings included- I can dream, can't I? Purists will likely be a bit bothered by the replacement of what was likely a Paramount logo in the shows' ending segments with the current CG "CBS Television Distribution" closing although it does not interrupt the sound track. 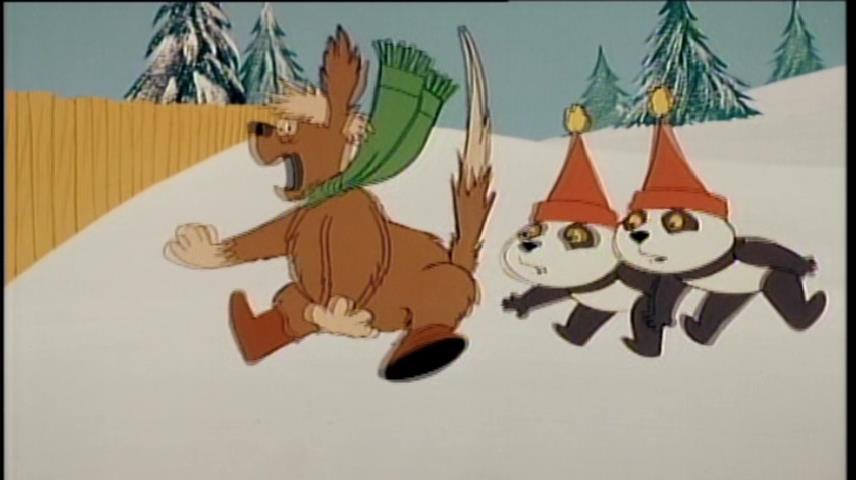 "The Brady Kids" isn't going to win over any Brady Bunch detractors out there and certainly won't be mistaken for high art, but these discs will certainly bring a smile to the faces of its many fans who likely haven't seen these shows in a few decades if at all. Of course the Bradys didn't stop here as they came back in 1976 with the must-be-seen-to-be-believed "Brady Bunch Variety Hour", two episodes of which made it onto a DVD that's now long out of print but we can still hope for an eventual complete series set. 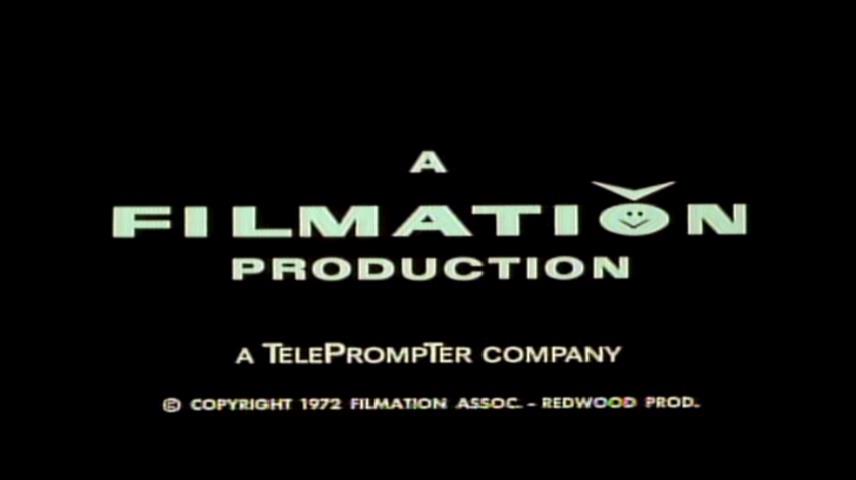