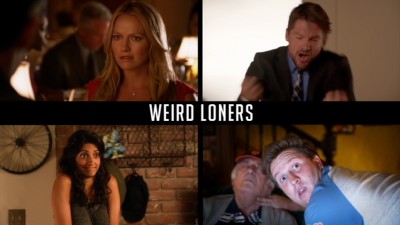 
The Show
That there's even a DVD of this show is just surprising. The creation of sitcom vet Michael J. Weithorn (The King of Queens, Ned and Stacey), Weird Loners had just a brief six-episode run before being sent off to pasture. But perhaps some people will discover it in television's afterlife, and find out that it wasn't just a single-people version of the greatness that is Happy Endings, but its own unusual bit of fun--a character-driven sitcom about a quartet of folks better off left to their own devices.

The comparisons to David Caspe's much-missed series are mainly thanks to the presence of Happy Endings alumnus Zachary Knighton as Stosh. Following the death of his elderly uncle, and the implosion of his career (thanks to his inability to not sleep with other men's significant others), Stosh finds himself living with his newly-alone manchild cousin Eric ("oh, that guy" Nate Torrence.) Upon moving in, Stosh meets and fall into a love/hate relationship with his new neighbor Caryn (Becki Newton), a woman unable to find the right guy (who fills a similar look and role as Elisha Cuthbert's Happy Endings character, who was also paired with Knighton.) Just coincidentally, Caryn's got a new roommate of her own, Zara (Meera Rohit Kumbhani), a quirky lesbian artist. Together, they are four people for whom the label "doesn't play well with others" was made, but they'll support each other through bad choices and worse actions. 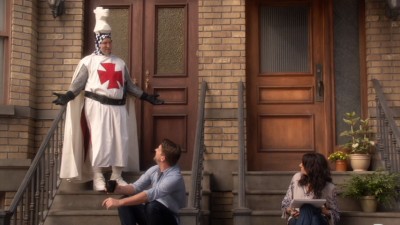 With only six episodes to play, and the pilot taken up by the need to establish the characters and their situations, there's not a lot of adventures to talk about here, but they made good use of the time they had. The finale is certainly the most memorable, as Stosh and Caryn compete with each other to date Zara's ex, and Zara and Eric join forces in a lesbian darts competition (sexuality and gender are certainly fluid in the world of Weird Loners) though an episode centering on Eric's participation in a human chess game challenges it, on a visual level at the very least. Weird Loners only really hit road bumps when the show tries for some earnestness a bit too soon with storylines about Zara pretending to channel Eric's father to help him out and Stosh attempting to connect with his long-disassociated son, or when it gets obsessed with Caryn's obsessive side. The trait becomes a bit cartoonish after a while.

What the show is short on in terms of actual, you know, content (with only six episodes), it more than makes up for in pedigree, boasting impressive names in front of and behind the camera. The core four are all great choices for their roles, but the show adds in quality guest stars to round out the cast, including The Nanny's Renee Taylor in a fun (if typecast) role as Caryn's bubbe, the great Matt Besser as Eric's judgmental coworker, David Wain giving the right mix of empathy and comedy to Caryn's would-be husband, and, in the finale, The League's Katie Aselton, as the focal point of Stosh and Caryn's rivalry. All three bring the level of comedy you'd expect, while integrating nicely with the main characters. On the off-screen side, supplementing Weithorn's decades of experience in the sitcom game are pilot whisperer Jake Kasdan (who helms two of the six episodes) and the well-traveled Reggie Hudlin behind the camera, as well as Weithorn's The King of Queens collaborator David Litt and Key and Peele's Rebecca Drysdale on the keys. Together, the two sides got the show on good footing just in time for FOX to sweep the leg. 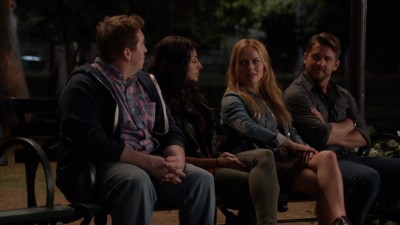 The DVDs
The six episodes of the first and only season of Weird Loners arrives on one DVD-R, which is packed into a standard-width keepcase. The DVD offers a static widescreen menu with options to play all the episodes or select shows. There are no audio options, but closed captioning is available.

The Quality
The anamorphic widescreen transfers look good but not great, with a sufficient level of fine detail and solid color, though skintones tend to look a touch too red. Black levels are decent and the overall image is SD sharp, but there's an unfortunate amount of compression artifacts in things like hair when you blow this show up to home-theater size. If your expectations are low, Weird Loners will meet them.

The Dolby Digital 5.1 soundtracks on these episodes are rather clearly separated out, with all dialogue constrained into the center channel, with no bleed-over whatsoever into the surrounds. Those side and rear channels will only be heard from when there's score or soundtrack music in them, otherwise they are silent. Atmospheric sound is absent and low-end is non-existent. Everything is clear and crisply delineated, but the results are far from enveloping.

The Extras
The episodes are just as lonely as the lead characters, with no extras to keep them company. 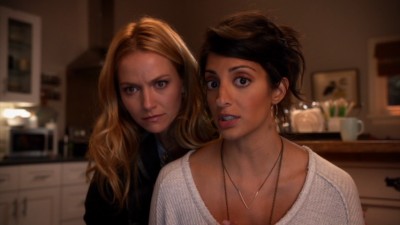 The Bottom Line
A somewhat overstuffed first episode gives way to a solid final five, as Weird Loners's four enjoyably off-beat characters offer enough to get the series on the list of good shows cancelled before they had a chance to find their fan base. The presentation here on this MOD release is good, but there are no extras to expand the show beyond its meager six episodes, so your interest in a series that few people have ever seen will have to be the deciding factor in whether you dive in on this rather expensive release. Now, where's a release of Marry Me?