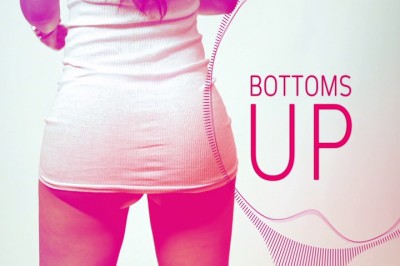 
The Movie
Bottoms Up in no way buries the lede. Right off the bat, it's a parade of backsides gyrating across the screen. Big, bouncing buttocks filling your screen. It's obvious where this movie is coming from, and that's a deep appreciation for the butt (and a perspective from the black community.) The film establishes the history of the cheeks, using music videos as a guide to behinds in popular culture, leading up to their explosion courtesy of Sir Mix-a-lot's "Baby Got Back" and 2 Live Crew (represented via consulting producer Luther Campbell's presence) before looking at the modern Kardashian-fueled butt boom.

The film (a loose description considering the program barely breaks the 45-minute mark), feels a lot like an episode of Best Week Ever or a similar show based around talking-head commentators. A topic will be introduced, like the curve-enhancing Booty Pops underwear or the role of butts in black culture, and a panel of people including critics, journalists and comedians toss in the their two cents. The obvious goal is entertainment rather than information, and it often hits that mark, as you have funny people talking about a ridiculous topic. 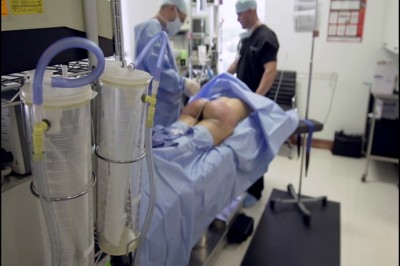 However, the movie isn't content to soak in the laughs, and decides that what viewers need is to be horrified. Thus we are introduced to Alicia, a student who is seeking to have plastic surgery on her butt. After going through her preparation, we get to watch the awful way that the surgery is conducted, and the painful, bloodsoaked recovery, not to mention a segment that focuses on the horrors of botched procedures, with helpful footage, in case you couldn't picture what a reversible butt implant might look like. The harsh contrast between the laughter that surrounds the beauty of the bottom and the disturbing world of surgery is too much for a film so short. That uneven construction makes Bottoms Up hard to watch. 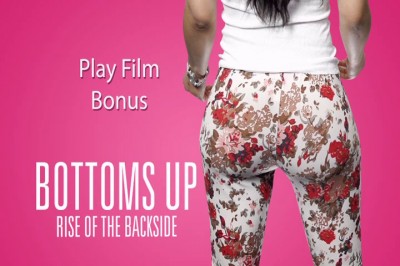 The DVD
The 45-minute film arrives on one DVD, which is packed into a standard-width keepcase. The disc offers a static widescreen menu with options to play the film or check out the extras. There are no audio options, and no subtitles.

The Quality
The anamorphic widescreen transfer is solid, with appropriate color and a sufficient level of fine detail. Black levels are good and skintones look right (which is key with so much skin on display. Compression artifacts aren't an issue (as one might suspect with such a roomy DVD.) Overall, a good-looking disc.

The Dolby Digital 2.0 soundtrack is simple, with a center-balanced presentation that ensures everything is nice and clean, no matter how much someone mumbles. Expect nothing special from the sound and you won't be disappointed.

The Extras
There are a few extra bits and pieces included on this disc, starting with footage of a post-op Alicia learning how to pole dance (2:32). It's good to know that she's maintaining a positive path.

Four extended interviews are also available, one with cultural critic Amanda Seales on why someone would get surgery (:39), one on why white women like butts (:58), one listing celebrity butts (2:02) and one on why men like butts (2:27.) Nothing here is dramatically different from what's in the film, and when you consider the short runtime, why they weren't included is unclear. 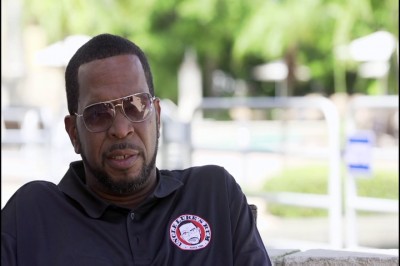 The Bottom Line
Short and jumbled, Bottoms Up is less a documentary and more a lengthy Best Week Ever focused on the backside, bouncing from fun and silly to straight-up horrifying, as it looks at the popularity of butts in just 45 minutes. The DVD looks and sounds fine for standard-definition, and offers some additional footage to watch in order to pad out the brief experience ever so slightly. If you want to see a very short movie about the rump, this is as good as you're likely to get, both entertaining and somewhat informative, but lacking in structure and content.