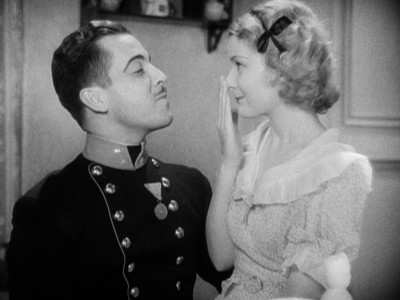 Daybreak, a torrid melodrama set in early 20th century Vienna, was an early sound MGM production somewhat awkwardly tailored for its resident Latin Lover, Ramon Novarro. In a role originally meant for another fading silent star, John Gilbert, Novarro has a distinct lack of virility as a playboy soldier who seduces a frail innocent. Miscast or not, this 1931 production is intriguing enough to warrant a made-to-order DVD release on the Warner Archive collection.

Like many an MGM production, Daybreak was given a classy treatment from an acclaimed source. Instead of staying true to Arthur Schnitzel's bleak novel, however, Louis B. Mayer decided to have director Jacques Feyder shoot an alternate ending. The resulting film ends up being a weird little patchwork of a drama, leavened somewhat by a lovely performance by actress Helen Chandler as Novarro's wispy romantic interest. Novarro's character, Willi, is a cocky young soldier born to the cream of Vienna's upper-crust society. Being the nephew of a powerful General, von Hertz (C. Aubrey Smith), makes Willi a curiously non-principled type who believes the rules his comrades follow don't apply to himself. After a despondent fellow soldier Von Lear (Douglass Montgomery) kills himself over his lost honor, Willi shrugs it off and goes off to a fancy soirée hosted by the parents of his bride-to-be (Karen Morley). Meeting an innocent young woman at one of these parties prompts Willi to re-think his selfish priorities, however.

Novarro in his prime was a handsome, charismatic screen presence, but films like Daybreak and Laughing Boy demonstrate how strangely MGM mishandled his career after his popularity started waning. Despite Novarro's being completely ill-suited to play a Viennese soldier (the actor doesn't even attempt to hide his Mexican accent), Daybreak does manage to have enough dramatic thrust to make it a watchable, somewhat clunky early talkie. The movie improves considerably with the entrance of Chandler's Emily Kessner, a meek music teacher attempting to fend off the advances of a rich married man (Jean Hersholt) who desires to take her as his mistress. Emily believes she's found the real thing with the charming Willi, only to be disgusted after they have an impulsive tryst at her apartment. Thinking she's a lady of the evening, Willi departs Emily's place with a kiss and a 100 Krone bank note. In a huff, Emily storms off to the lavish local casino and takes up with Hersholt's Herr Schabel, becoming his consort. Willi soon learns the error of his ways and attempts to win back Emily's love, literally and figuratively.

Daybreak may have been an odd fit for Novarro, but it provided some good moments for Helen Chandler, one of the more overlooked actresses from that period. Where Novarro comes across as stagy and affected, Chandler has an unaffected radiance, seeming like a real person instead of an actor playing a part. Chandler got a plum role as one of Bela Lugosi's victims in Dracula, but she left films - returning to the theater before she could properly leave an impression with moviegoers. Her shining hour came during the same year as Daybreak, appearing opposite Richard Barthelmess in William Dieterle's potent Pre Code drama The Last Flight (also on Warner Archive, and highly recommended). 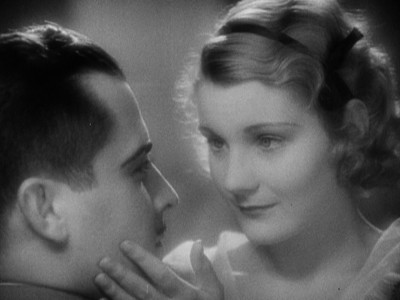 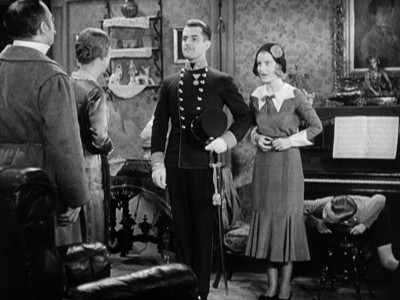 Warner Archives' made-to-order DVD edition of Daybreak sports an adequate 1.37:1 aspect ratio picture, mastered from a weathered yet watchable print. The black and white picture tends to get very contrasty at times, and it lacks the detail of some of the other early '30s-era Warner Archives discs I've seen. The mastering is good, however, with no artifacts or pixelization.

The disc is furnished with the film's mono soundtrack in an adequate mix which has the expected pops and clicks. A constant, low hiss runs the length of the entire feature. No subtitle track is included.

No extras. The menu design sports only a "Play" option. Although an alternate ending was filmed at the time, the footage is likely to be lost.

An early talkie melodrama of a devil-may-care soldier falling for a fragile music teacher, Daybreak provided a decent vehicle for Ramon Novarro - a silent star mishandled in the sound era by MGM. Mostly it's worth checking out for overlooked actress Helen Chandler - even in a flawed little movie like this, she's fantastic. Recommended. 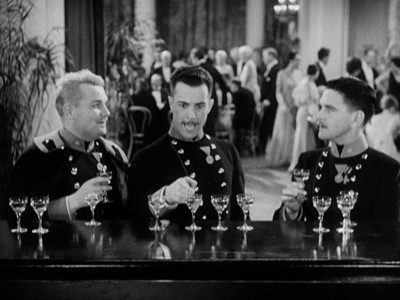 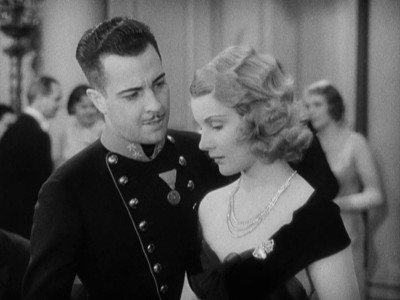