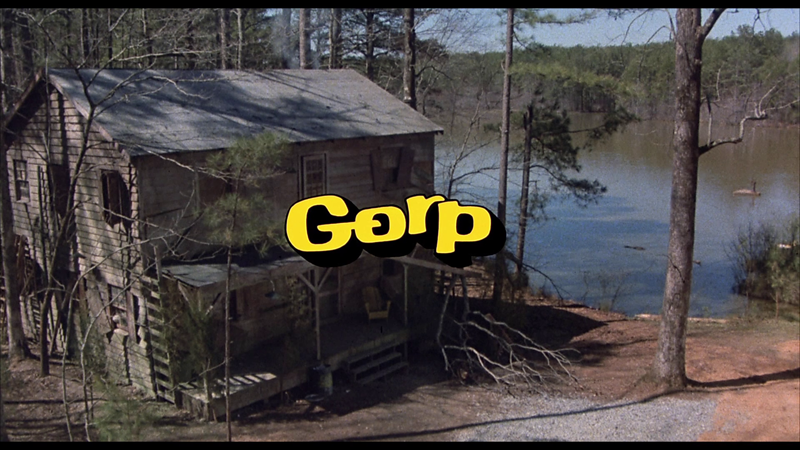 
The Movie
As someone who grew up on ‘80s movies, thanks to a steady diet of HBO and video-store rentals, I was surprised when I realized that I had never heard of Gorp. It's rare that an ‘80s film would slip by unnoticed, but such is the case with this tale of summer-camp chicanery, directed by Joseph Ruben, who would go on to a rather respectable career, with films like Sleeping with the Enemy, Return to Paradise and Money Train. But you'd be forgiven if you failed to see any of that future promise in this wacked-out, plot-light tease of a T&A comedy. A collection of scenes that eventually builds to one of the more unusual climaxes in film comedies, Gorp isn't rewarding to watch, but it's certainly an experience.

The film takes place at Camp Oskemo, a Jewish summer camp, but it's not a film about the campers. (For that, check out Gorp's spiritual descendent Wet Hot American Summer, which displays remarkable similarities in terms of the camp itself, though director David Wain swears he's never even heard of this film.) This one focuses on the wait staff (which, as someone who only went to summer camp once and had to get his own meal, seemed unusual.) The rowdy crew of miscreants is led by two cool dudes who may as well be one person, as they share one personality between them: over-confident, shouting womanizer. Never have two characters in film yelled as often and as pointlessly as these two do, as they attempt to score with the most unattainable counselor-in-training. There's an assortment of oddballs under their sway, including the fat guy, the nerd, the militaristic psychopath (a young Dennis Quaid), the chronic masturbator and the non-verbal freak who lives in the toilet. In David Lynch's hands, this group have been fascinating, rather than just odd and often disturbing. 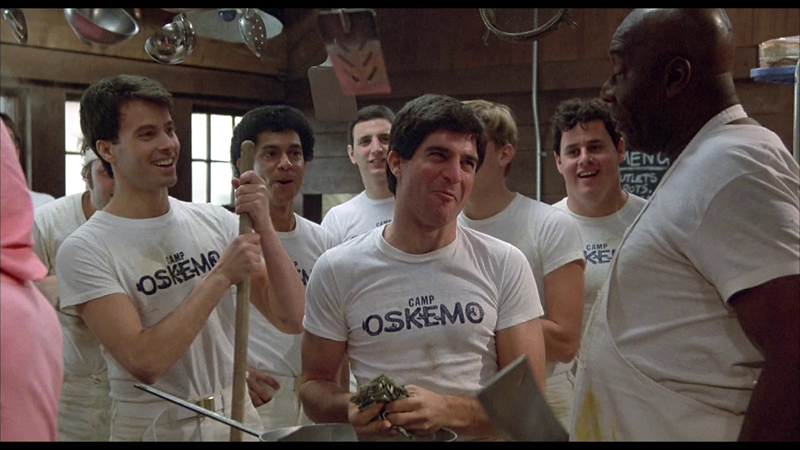 This motley crew moves through one ridiculous scene into another, unencumbered by things like characterization or plot. (The only character in the film even remotely interesting [outside of Quaid's lunatic] is Fran Drescher's sexpot counselor-in-training, the rare ‘80s film teen girl who owns her sexuality, and who has perhaps the greatest introductory line in cinema history: "I'm Evie Bennett, and I do f**k.") Aside from chasing girls and clashing with the camp's adult leadership, the only real story here seems to be some sort of rivalry between the waiters who live on the first floor of their ramshackle accommodations, and those who live upstairs, but even that seems like something cooked up solely to justify a bizarre final battle that really has to be seen to be believed. That there wasn't a body count involved in this production is a minor miracle.

While structurally the film is very mainstream, with the kind of shenanigans that have been a part of summer cap films since at least Meatballs, the set-pieces often have a strange energy that puts the film on an entirely different level. Whether it's a sped-up wino guzzling bottles of wine, a crazy hippie running around naked or a roofie-aided attempted rape that turns into a three-way wrestling match, this film is all over the place. At one point, a woman is violently assaulted in a way that likely would result in serious injury, and thanks to a voiceover line it's played for laughs. Unfortunately, this mildly anarchic tone doesn't help to overcome the general lack of purpose in the film, so it can be a struggle to maintain interest until the end. And once you're there, you'll wonder why you even made the journey. Kind of like summer camp. 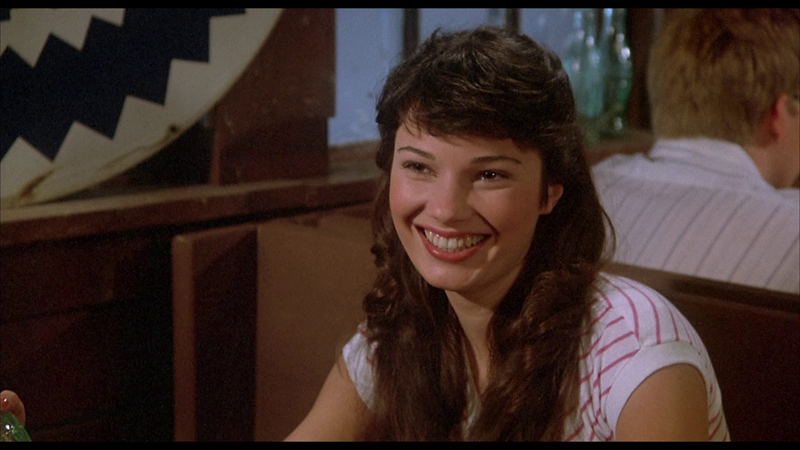 The Disc
Another entry in Kino's Studio Classics line, Gorp arrives on one Blu-ray disc, which is packed in a standard keepcase with Mad Magazine-style poster art on the cover. The disc has a static menu with options to watch the film, select scenes and check out the extras. There are no audio options, nor are there subtitles.

The Quality
For a film few know or remember from over 35 years ago, the 1080p, AVC-encoded 1.85:1 transfer on this disc is pretty impressive, sporting strong color and a rather high level of fine detail, showing off background detail and hair very well, while black levels are decent. It's not a consistent image however, as things occasionally get a bit soft, and there's obvious damage in spots throughout, along with limited evidence of digital distractions, like aliasing along some hard edges. A good grain structure makes for a pleasing look, but the darker indoor scenes succumb to a good deal of noise, nearing the point of distraction at times.

The audio arrives with a center-balanced DTS-HD Master Audio 2.0 track, which presents no notable concerns, but doesn't really have any bright spots either, instead coming off as generally competent. Dialogue is clear and easy to understand, while sound effects and music have sufficient presence. Even when things get crazy at the end though, where the activity on-screen would lend itself to some explosive audio, it remains something of a staid affair.

The Extras
Kino delivered an honest-to-goodness extra here, as Code Red's Bill Olsen sits down for an audio commentary with writer/producer Jeffrey Konvitz. Though often he just says "I don't know" when asked about several parts of the production, he does offer some background on the real-life camp that inspired scenes in the film as well as lots of behind-the-scenes info and gossip, particularly in regard to legendary producer Samuel Z. Arkoff and the business of American International Pictures, home to some great genre films. For film buffs, this material is gold, though Konvitz, when not bad-mouthing Police Academy and Meatballs, does get caught watching here and there. 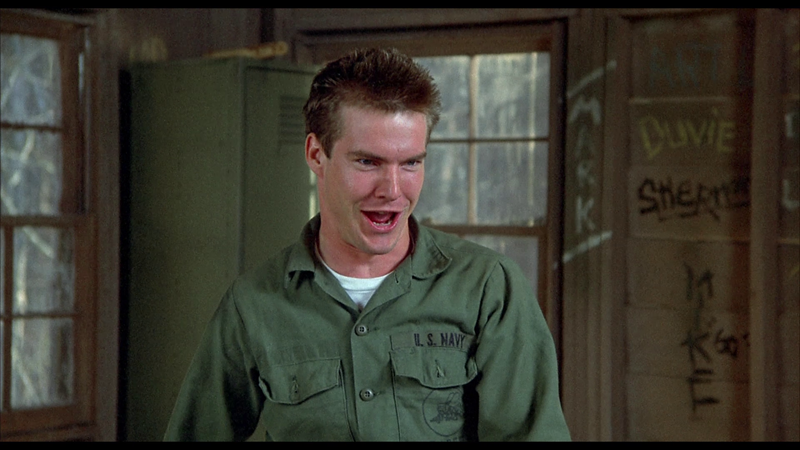 The Bottom Line
Gorp is anything but a good movie, but it's bizarre enough that it almost dares you to give it a look. Fans of Quaid or Drescher will enjoy getting to see them in their early days, as long as expectations are kept firmly in check. The presentation looks and sound fine, and the inclusion of a commentary digging into some genre-film history makes it all the more tempting. Giving it a look will certainly leave you with some lasting memories, but whether they are good or bad depends on your personal tastes. Francis Rizzo III is a native Long Islander, where he works in academia. In his spare time, he enjoys watching hockey, writing and spending time with his wife, daughter and puppy.Follow him on Twitter