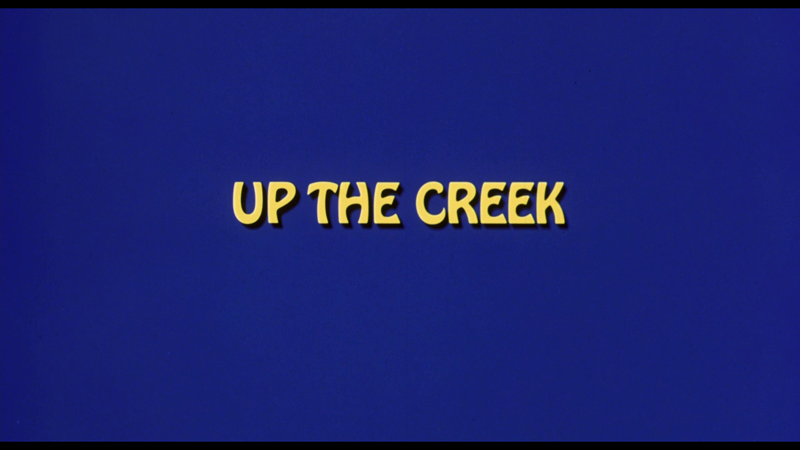 
The Movie
As Up the Creek starts, it drops you into a ridiculous moment, cutting between students being rousted from their dorm rooms and several attempts to murder a bird. What you're watching is the establishing of one of the weakest excuses for a plot ever to reach a reel of film: the dean of Le Petomane University--the worst university in the country--blackmails the school's four worst students to compete in a river rafting competition to bring Le Petomane its first award of any kind, ever. There's so much wrong about this concept that it's hard to decide where to start, but that's how 12-year student Bob McGraw (Tim Matheson), alcoholic Irwin (Sandy Helberg), girl-chasing Max (Dan Monahan) and eating-machine Gonzer (Stephen Furst) end up in the big rafting competition.

The race sets up the film's big conflicts, whether it's the insane leader of a military school (which won the past three competitions) versus the rest of the racers, or the boys from LPU versus the preppies of Ivy U, which is sparked when Bob steals Heather (Jennifer Runyon) away from Rex (Jeff East), the bottle-blonde leader of the preppies, direct from the William Zabka School of ‘80s Bad Guys. After briefly peeking at an odd mix of stereotypical teams, including greasers and Jews, the focus narrows on the heroes and villains for the real race. There's even an evil alumnus of Ivy U (James Sikking), scheming behind the scenes, and a healthy amount of gratuitous female toplessness, making sure every ingredient for an R-rated ‘80s comedy was included. 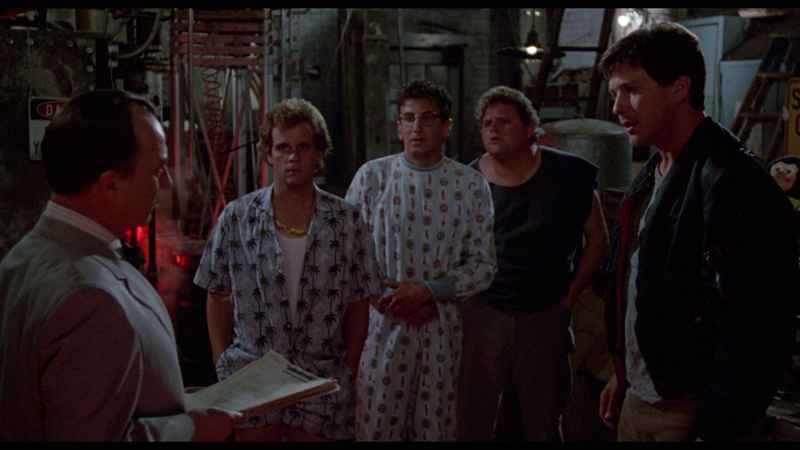 Matheson's character has an odd habit of narrating scenes, an example of how the film is more clever than funny, a condition seen in most of the jokes throughout the script. The movie has the feel of an overlong sitcom, largely due to the severe lack of plot, with a large percentage of the run-time taken up by the race. The problem is, the race suffers from some severe logic issues and a lack of urgency. Never does one think the characters actually care about winning, as they busy themselves with various subplots, and the race falls into the background. When it actually is the focus, it doesn't make much sense, as time seems to progress very differently for the different participants (or some of them have time machines they failed to mention.) Then there's the spectacle of an ending. Well, it's something else, that's for sure. (I didn't mention that there's a dog that acts like a sight gag too. That's for good reason.)

As Bob, Matheson doesn't strike a particularly memorable figure as the group's leader, nor did any of the other in the main four, with the possible exception of Gonzer's disgusting eating habits and semi-verbal behavior. Perhaps at the time this film was released the characters weren't cliche, but at this point, we've seen this story many times before, it's just set on rafts this time. That's not enough however to make you care about the people on them. In fact, the only two characters truly worth taking an interest are a pair of soldiers from the military school who are not quite enamored with their commanding officer, and they are on-screen for maybe two minutes in total. That they are the most memorable characters not to reveal their breasts doesn't speak well of the movie. 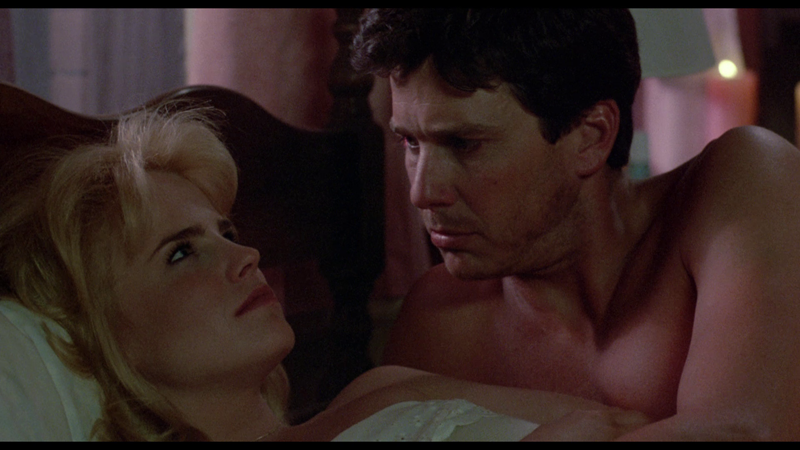 The Disc
Kino's Studio Classics line continues with Up the Creek, which arrives on one Blu-ray disc, packed in a standard keepcase with the film's painted poster art on the cover. The disc has a static menu with options to watch the film, select scenes, check out the extras and adjust the languages. There are no audio options, but subtitles are available in English.

The Quality
The 1080p, AVC-encoded 1.85:1 transfer here looks quite nice, sporting solid color and decent black levels, while also displaying a good level of fine detail. The image is good enough that you can easily see the modesty petals on the breasts of supposedly nude actresses. There's some jitter, noticeable mainly during the bland opening titles, but there's hardly any obvious damage, grain is consistent and there's no real issues with compression artifacts, despite a good deal of action on-screen in many spots.

The DTS-HD Master Audio 2.0 track does right by the film, keeping the dialogue easily understandable, and the sound effects and music strong. The film seems to utilize a great deal of ADR, which sounds super obvious, to the point where it's actually distracting. On the plus-side, the mix on the film handles different locations well, with appropriate echo and power, while later scenes capture the action though the sound.

The Extras
In a new featurette, "Without a Paddle: Revisiting Up the Creek" (11:37), Furst, Helberg and casting director Harriet Helberg (Helberg's wife and collaborator on their son The Big Bang Theory's Simon) talk, with candor, about a number of topics related to the film, including casting the film, (mentioning some big names that could have been in the lead role); intimate casting sessions, working with Matheson and director Robert Butler, and the hedonistic environment on-set, as well as the challenge of the rafting scenes. The honesty and stories makes for an entertaining piece to watch, whether you enjoy the movie or not.

Repurposing footage from the film, and adding in the band and a bevy of bikini babes, the video for Cheap Trick's "Up the Creek" (4:32) is a delightfully cheesy ‘80s video with an unusual bathtub theme. The song is pretty much the perfect ‘80s comedy theme. 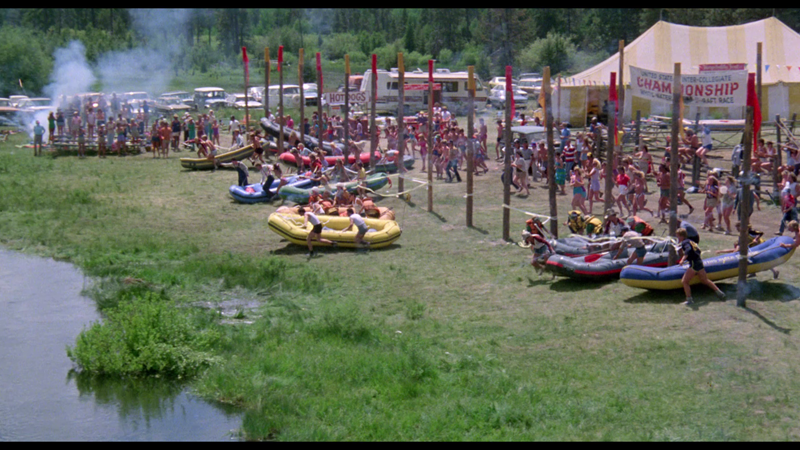 The Bottom Line
Up the Creek is set up by possibly the flimsiest premise in film history, and does little to build on it, resulting in an ‘80s T&A comedy that falls well short of the classics, memorable mainly for an absolutely ridiculous ending. The presentation here is solid, and Kino went to the effort of creating an enjoyable extra that transcends the film. If you're a connoisseur of ‘80s comedies pitting underdogs against rich preppies, peppered with boobs, it's worth a look, but it's not one of the finest examples in this genre. Francis Rizzo III is a native Long Islander, where he works in academia. In his spare time, he enjoys watching hockey, writing and spending time with his wife, daughter and puppy.Follow him on Twitter