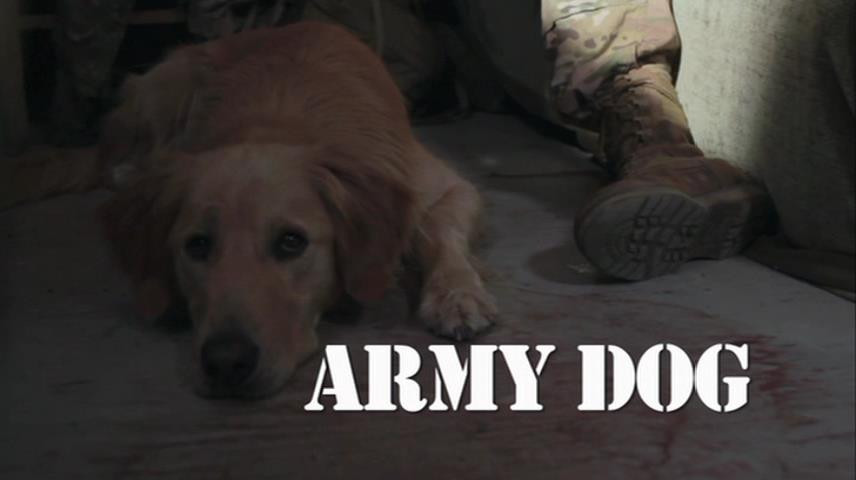 When making a family movie, it seems you can't go wrong having a dog as your main character, and it never hurts to have the word "Dog" in the title either. The title character of Army Dog is Connor, said to be playing himself, a handsome and smart golden retriever. He's been a bomb-sniffing dog for the US Army for several years, working mostly with human Sgt. Tom Holloway (Casper Van Dien). They've been stationed in Afghanistan for the past 18 months, but with that assignment over Tom is ready to retire from the military and take Connor home to his wife Laurie (Annemarie Pazmino) and daughter Tara (Grace Van Dien, Casper's real-life daughter.) Tara has resented her dad being away from home for so long, and she's a little jealous of Connor also when he arrives (but of course quickly learns to love him). Tara also plays on a soccer team but doesn't really get the meaning of the word "team" and wants to quit. 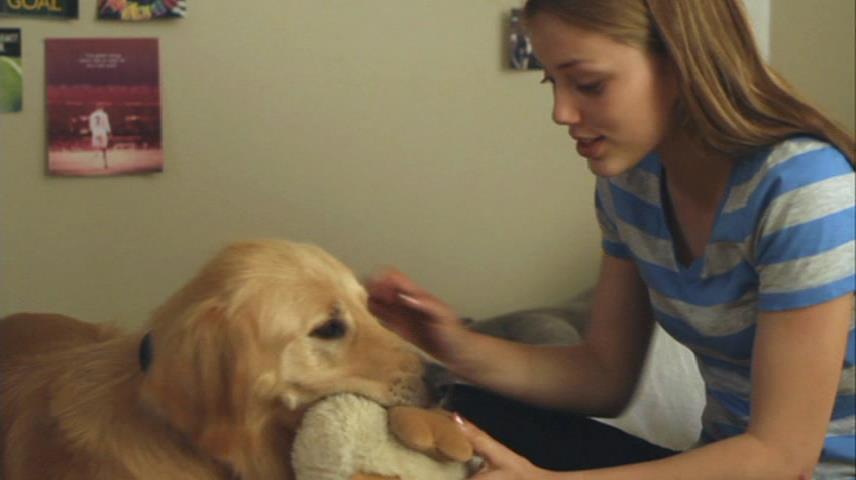 Tom decides that he and Tara need to re-connect, so the two of them head off on a camping trip with Connor. They go to a wilderness area which is so isolated that it doesn't have any cell phone reception, to Tara's astonishment. Tom's brother is a ranger in the area so they pay him a visit first, and Tom is warned about a wolf in the area. For some reason, he decides not to tell Tara about this and thinks they'll be OK, but after a while Connor senses the wolf closing in on them, and after the two finally get into a bit of a fight (done through the magic of film editing, as the two of them don't actually appear in the same shot together) the movie goes into survival mode as Tom has to get everyone back to safety and civilization. Since this is a family movie, things don't get too intense.

As a direct-to-video movie, Army Dog isn't too bad, but of course the title and especially the front cover are a bit misleading as you don't get to see Connor do any real military service, other than a short prologue scene where he helps a young girl in Afghanistan (likely actually shot somewhere in California) escape from a mine field. The production is a rather low-budget affair but the best is done with the resources available. The real life father/daughter duo in the lead human roles adds authenticity at least, and should be exciting enough for kids without scaring the daylights out of them. Connor the dog is certainly appealing, though it should be noted that my two cats showed no interest in watching this. Joe Camp is credited as both a co-producer and animal trainer, but according to IMDB he is not the senior Joe Camp behind "Benji" nor the frequent assistant director Joe Camp III. 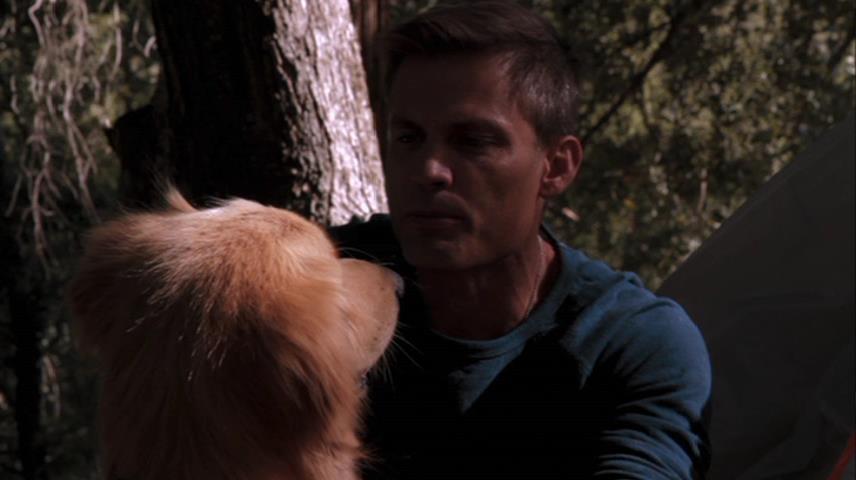 The full-frame 16x9 picture is watchable by DVD standards, but has its share of compression artifacts and loses points specifically for moments when dancing squares can be seen on the cast's dark-colored clothes, and odd line patterns that form at moments when the movie fades to black. 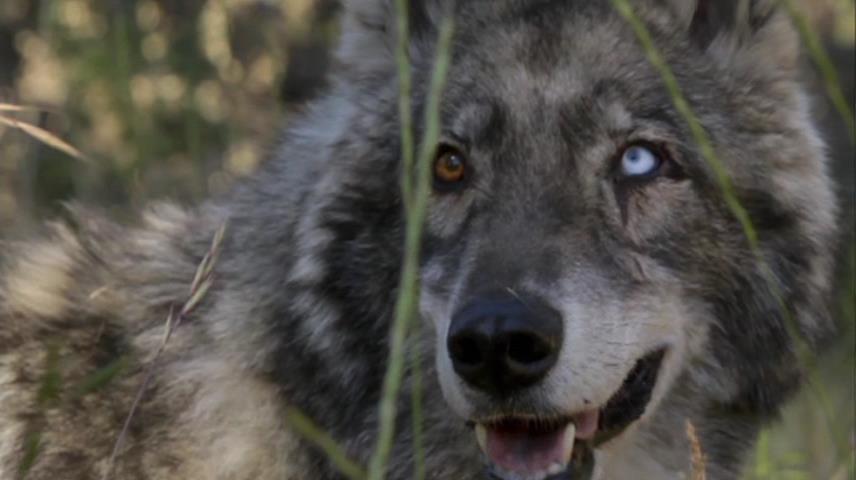 The 5.1 Dolby Digital track is above-average for a direct-to-video movie, placing a lot of ambient and directional sounds (like Connor barking off-screen) in the rear channels. The sound is most impressive during the few dream sequences where Tom imagines himself back under fire. English and Spanish subtitles are included, as well as old-style closed captions. 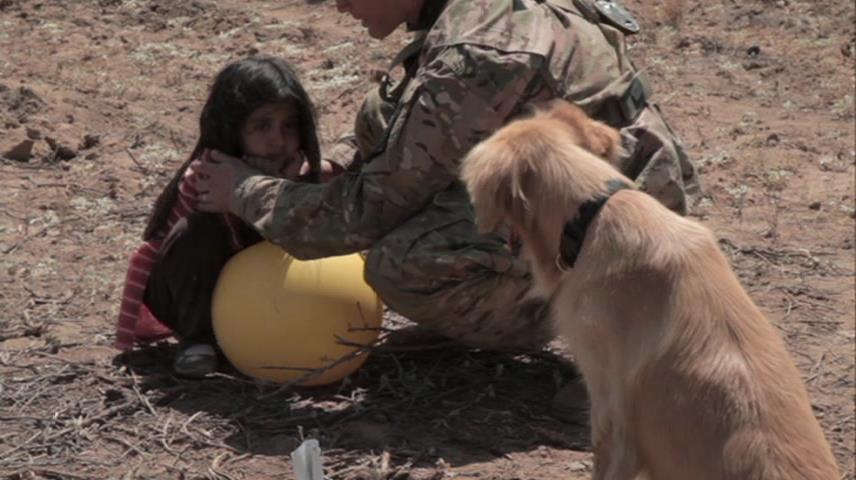 The only movie-related extra is a "Look for it on DVD and Digital HD" trailer. Similar trailers for A Horse Tale, The Giant King, Pups United, Shaun the Sheep Movie and Huevos: Little Rooster's Egg-Cellent Adventure are included. Also thrown in as an interesting bonus are four "Minuscule" animated shorts, a French series featuring computer-animated insects against live-action backgrounds with no dialogue. These are quite amusing and almost worth the price of the disc itself. 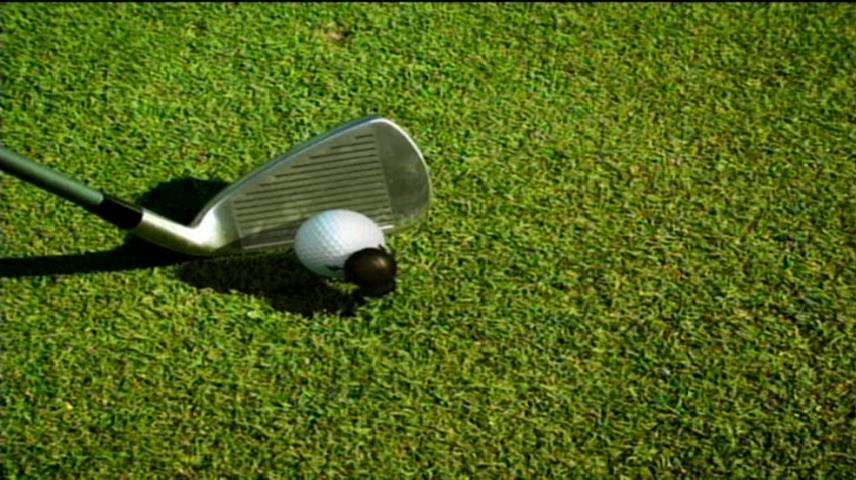 The DVD comes in a rather nice embossed slipcover, but also with a hole-filled "Eco-Box" case.

Army Dog is another one of those direct-to-video movies that falls short on what its cover suggests and doesn't break much new ground, but is certainly watchable and relatively clean family entertainment.