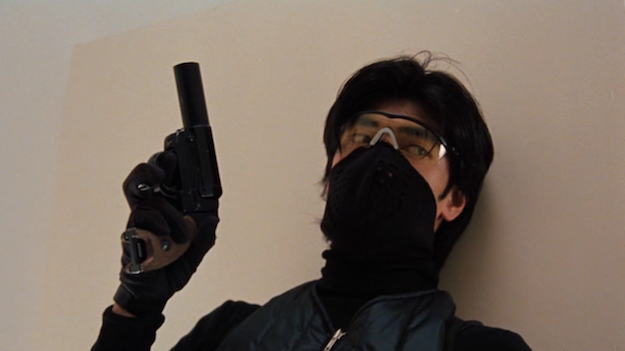 The 1997 techno-spy thriller from Hong Kong, Downtown Torpedoes, is a weak mash-up of the first Mission: Impossible movie and Hackers, marinated with a hint of James Bond, and topped off with the aftertaste of procedural TV shows where people just stare at computer screens too much. In other words, compared to Blade of Fury and Pedicab Driver, this derivative bore is definitely a lesser entry from the recent batch of Golden Harvest/Warner Archive Collection releases.

Granted, there is kitschy fun to be had with the dated style (a Chinese assassin with pseudo-dreadlocks? Really?) and the no-longer-state-of-the-art tech (as in Tomorrow Never Dies, GPS is treated here as mind-blowingly futuristic and ultra-top-secret), but these quirks are not enough to distract from how silly the plot is and how little action this action movie offers. When co-leads Takeshi Kaneshiro (Chungking Express) and Jordan Chan (Men Suddenly in Black) start executing kinetic martial arts moves during a pretty great heist sequence around a third of the way into the movie, I literally yelled at the screen, "Why haven't we been doing this for the past half hour!?"

The film follows hotshot industrial spies Cash and Jackal (Chan and Kaneshiro), who are supposedly excellent at their job but still end up getting caught by Hong Kong's secret service. In custody, they are coerced by an agent named Stanley (Alex Fong) into retrieving some errant plates used for printing British money. Cash and Jackal are teamed up with other caught spies: Titan (Ken Wong), whose specialty is being drunk, and a woman, Sam (Fallen Angels' Charlie Yeung), whose specialty is... not being a dude? Cash also enlists the help of his deaf-mute hacker friend Phoenix (Theresa Lee), to provide a bunch of screens for the cast to stare at for long stretches of the film.

The heist goes off without a hitch (and reminds viewers of the sad lack of martial arts in the rest of the film), but the team is double-crossed by Stanley. (What what WHAT?) The team now has to steal the plates back from Stanley and get a little revenge in the process. As they unravel the mystery of Stanley's double-cross and disappearance, the team is confronted with coded crossword puzzles (OoooOOooh!), face transplants (after all, Face/Off was '97 as well), and a possible mole in their midst.

The film has two more big action setpieces to offer, with the better of the two being a massive shootout that climaxes with a parking lot full of cars blowing up domino-style. The big chase finale isn't terrible, but it is too clearly aping the past decade and a half of American blockbusters. Like most of what doesn't work about the film, it sacrifices what is interesting and flavorful about Hong Kong cinema in order to make something that feels "universal" and of the moment. It just ends up sadly generic. 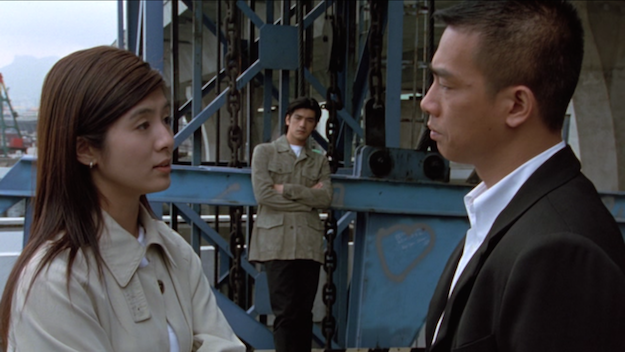 The DVD
Downtown Torpedoes is presented on a bare bones manufactured-on-demand (MOD) DVD-R, courtesy of the Warner Archive Collection.

The Video:
This widescreen 1.78:1 transfer is good, not great. It might be partially due to the creeping late-'90s tendency to make the color palettes of action movies fundamentally blue-grey, but this presentation is pretty blah-looking. There's intermittent dirt and damage (during optical effects but during some other shots as well). Detail is fine for SD. Things are mostly good on the digital side, but there is some sporadic noise and artifacting.

The Audio:
The Dolby 2.0 stereo is fine for the most part, although certain stretches sound muffled or on the verge of overmodulation. The way these moments randomly poke out, it makes me wonder if the film just had a really inept ADR engineer. The dialogue is again listed as "Chinese" on the packaging, and I again have to deduce from different internet sources that it is probably Cantonese. Once again, subtitle-wise we get optional English SDH, and once again the subtitles are a little overzealous about noting when exciting music is playing, but it's not nearly as intrusive as the Pedicab Driver subs.

Final Thoughts:
Downtown Torpedoes spends too much time trying to copy American blockbusters badly to be any fun. There are two well-executed action sequences in the film, and normally I would consider them enough to suggest a rental. However, the film is so bland and frequently boring, that my conscience demands that you Skip It. 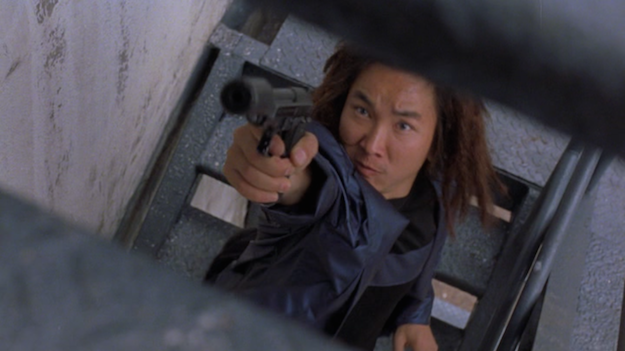