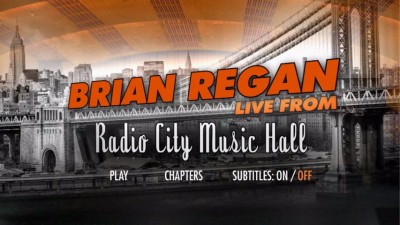 
The Show
It's been awhile since we've had a new stand-up special from Brian Regan, with his last one being 2008's "The Epitome of Hyperbole" (though he released an album, "All By Myself" in 2011.) In preparation for watching his latest show, which aired live on Comedy Central from Radio City Music Hall in New York City, I took a look at my review of "Epitome" and it was just what I remembered: a very funny observational comic who works clean (without profanity or risque subjects), but also a comic who relies on very obvious crutches that got great reactions from audiences, but which have become more like gimmicks than elements of his comedy. Unfortunately, this new special does nothing to dispel that dea. If anything, it enforces it.

Working the stage at Radio City, Regan has his usual techniques on display, including a variety of silly, exaggerated voices--often used to indicate a lack of intelligence on a character's part--and an assortment of manic and/or goofy movements, both of which are used to punctuate jokes or draw out laughs. At one point, these were a riot, like his classic "The yellow one's the sun!" bit, but they've become tired at this point. If you compare this show with his "All By Myself" album, where the medium didn't allow for physicality, he's just simply funnier than either his 2008 special or this new one. 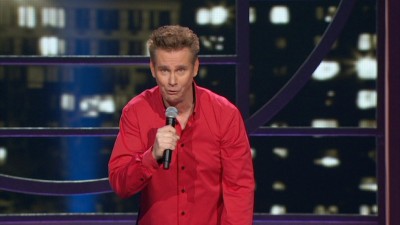 That's really too bad, because when Regan is on his game, he's hilarious. There are a few points here where you get a glimmer of that, like when he's talking about a ridiculous situation where he was mistaken for a different Brian Regan, the music played at the airport or the challenges that come with hotel reservations. These bright spots are outnumbered, however, by less engaging bits, about things like being uncomfortable at parties, weird tattoos, and an odd bit about Godzilla's voice. The entire show is off-balanced, with his best segments coming late in the game, after a slow start with few real laughs.

When Regan mentions a break-up, it opens up an opportunity to wonder if perhaps this less enjoyable act is the result of his 2011 divorce, which happened following the very funny "All By Myself". Considering he hasn't put out an album or special since, it's an easy leap to make, especially when you notice that there's not much talk of kids or relationships, which were big parts of his routines. Remove a chunk of any comic's bread-and-butter and things will get tough. Regan manages to touch on things like politics and religion without offending anyone and has a decent run of clever sports jokes, but overall, this is not what we are used to from him. 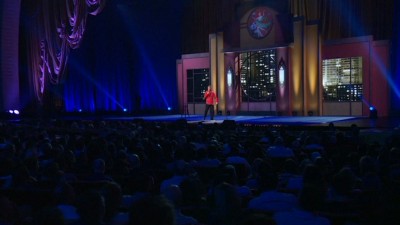 The DVD
A one-disc release, this DVD is packed in a standard keepcase. The static, anamorphic widescreen menu options to play, select chapters and adjust the subtitles. There are no audio options, but subtitles are available in English. Interestingly, Comedy Central must have a template for these stand-up releases, as the disc opens with a warning about adult language and situations, which was shocking considering this was a Brian Regan show.

The Quality
The anamorphic widescreen transfer here looks quite nice, showing off the rich colors of Radio City Music Hall (and Regan's fire-engine red shirt) well, and offering a good level of fine detail to go along with solid black levels. Compression artifacts are not a concern (and shouldn't be with just 52 minutes of video on the disc.) Overall, a good-looking presentation.

Just a Dolby Digital 2.0 track this time around, which is completely functional for a stand-up special, but it lacks that in-the-crowd feel that a surround track gives. Regan's voice is clear and easily understood and enjoys fine separation from the audience, but there's nothing about it that stands out.

The Extras
Not a single bonus feature to be had. 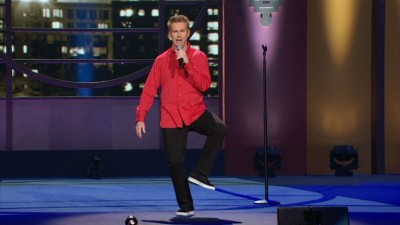 The Bottom Line
"Live from Radio City Music Hall" just isn't Brian Regan at his peak condition, going long stretches without earning any real laughs. The small moments that remind you of his best work are too few to make it worth watching this special over his other great outings, especially with no extras at all. His die-hard fans won't be able to not watch, but they'll be the ones disappointed most. Francis Rizzo III is a native Long Islander, where he works in academia. In his spare time, he enjoys watching hockey, writing and spending time with his wife, daughter and puppy.Follow him on Twitter